Honda started dropping hints about its plans to revive the Hornet name last year when a stylized computer image of the bike was revealed at EICMA in Milan. Now some more realistic sketches of the 2023 Honda Hornet have been released – confirming its sharp-edged looks and sports-roadster stance.

The Hornet is the latest machine to emerge from Honda’s European R&D department in Rome, which was also responsible for styling successes including the ‘Neo Café Sport’ CB650R, the Africa Twin and the X-ADV. Responsibility for the Hornet falls to 28-year-old Giovanni Dovis, who most recently penned the ADV350 scooter and has given the Hornet its tail-high, nose-down look. He said: “Honda’s design philosophy is to create something pure and functional in an uncomplicated way – models which are both beautifully simple and emotionally appealing. The sketches show how the Hornet design concept promises agility, dynamism and lightweight thanks to its slim proportions, pointy tail section and supersharp lines. It creates a new compactly proportioned look, and has hallmarks of tension and aggression from front to back, outlining the Hornet’s true sporting purpose.”

Despite releasing the new pictures, Honda still hasn’t said anything about the Hornet’s spec. We know it’s a parallel twin rather than the four-cylinder that’s traditionally been associated with the Hornet name, and usually-reliable Japanese sources claim it’s a 755cc engine, giving the bike the ‘CB750S’ title alongside the Hornet name. The engine appears to borrow its general layout from the Africa Twin’s 1084cc twin – the cam cover is shaped to cover a single-camshaft ‘UniCam’ layout, with a single camshaft operating directly on the inlet valves and actuating the exhaust valves via rockers – and a clip of engine sound released last year confirms it’s higher-revving than the average parallel twin. 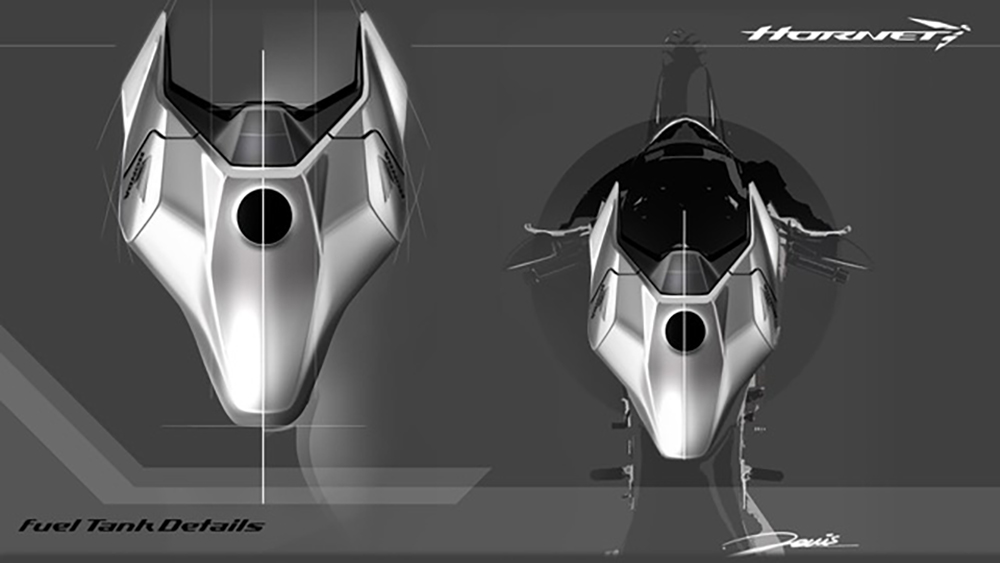 That’s how Honda can justify a second parallel twin in the 750 class alongside the 745cc unit used in the NC750 range. Where the NC750 machines are low-powered, low-revving designs aimed at fuel economy above all else, the new engine is targeting performance. The Hornet is likely to be just the first of a range of models sharing the same engine. Just as Honda has used the Africa Twin as the basis of the CMX1100 cruiser, the NT1100 tourer and most recently the Hawk 11 café racer, the Hornet is expected to share its engine with an adventure bike – expected to revive the Transalp name – and probably several other models in years to come. Just as the old Hornet 600 was derived from the CBR600, the new Hornet 750 could even spawn a full-faired sports bike to replace the CBR600, since modern emissions rules favour larger-capacity twins over smaller, higher-revving four-cylinder models and the latest World Supersports regulations now allow a host of different capacities with an equivalency formula to ensure they’re all competitive. Yamaha’s R7 and Aprilia’s RS660 also show that the market for parallel twin sports bikes is on the rise.

Honda’s sketches show that the Hornet will use a straightforward steel tube frame and a box section swingarm that’s probably extruded alloy, with a short, low exhaust on the left-hand side.

The bike’s official unveiling is likely to be at shows late this year, 12 months on from the initial announcement of the Hornet name’s reintroduction. 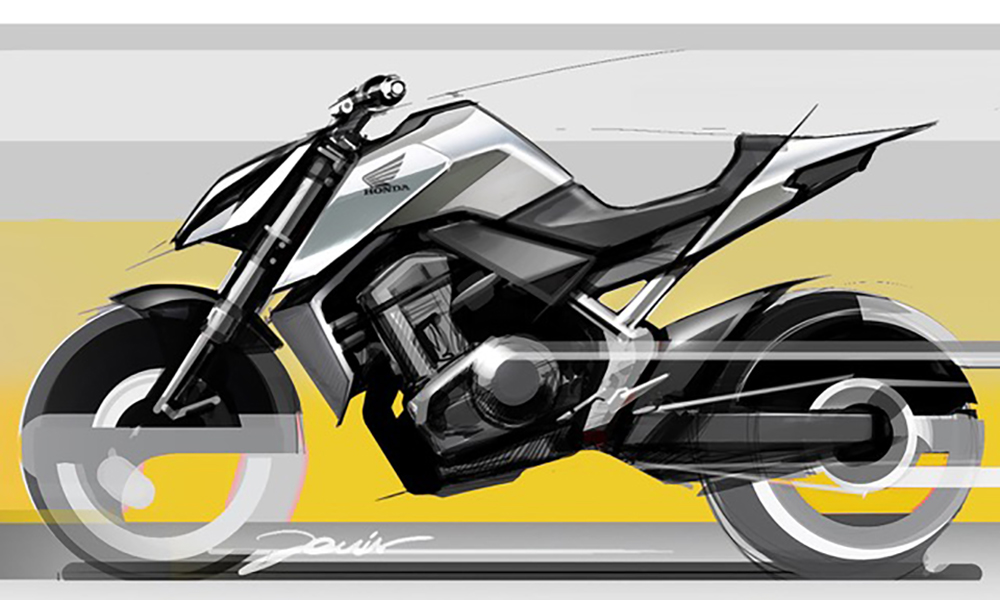