The idea of two-wheel-drive bikes has been around for more than half a century and one of the earliest examples of the breed is the Rokon Ranger which was first seen in 1958 – now a company in Dubai is aiming to bring the same idea into the 21st century with the Robo.Systems 2×2 Ultra Bike. 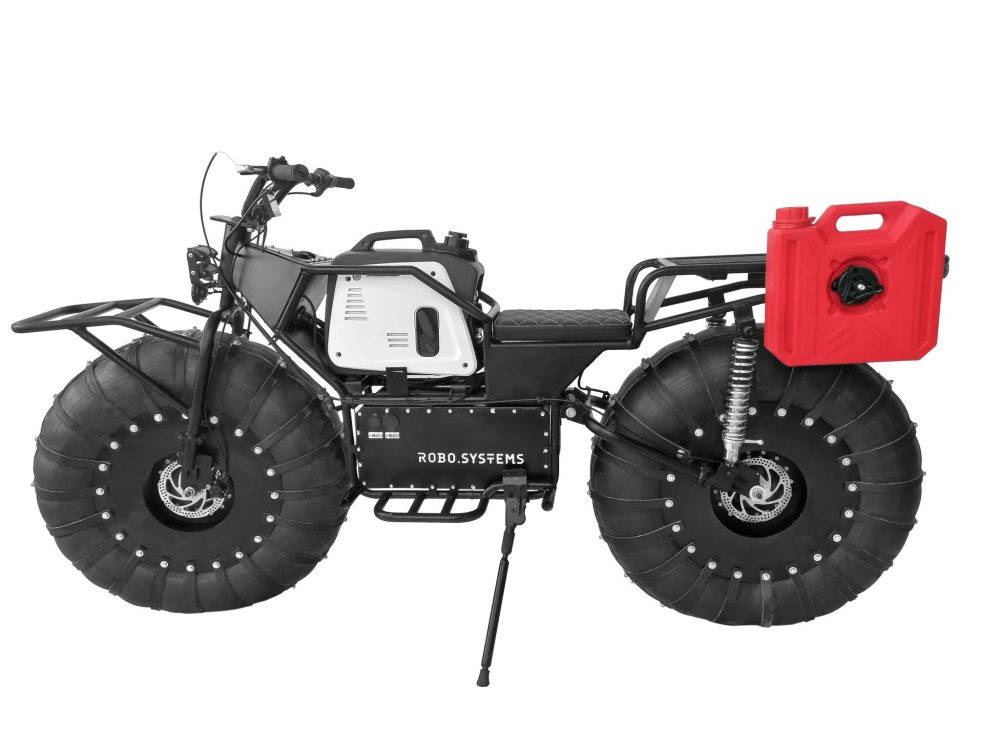 The subject of an Indiegogo crowdfunder, the Ultra Bike was developed in Russia but is due to be manufactured in Dubai, with an HQ in the USA. It looks very much like the Rokon Ranger thanks to its oversized balloon tyres, simple chassis and a complete lack of front suspension, but instead of a single-cylinder petrol engine and complicated system of chains to drive the two wheels, it has a simple electric motor mounted inside each hub. 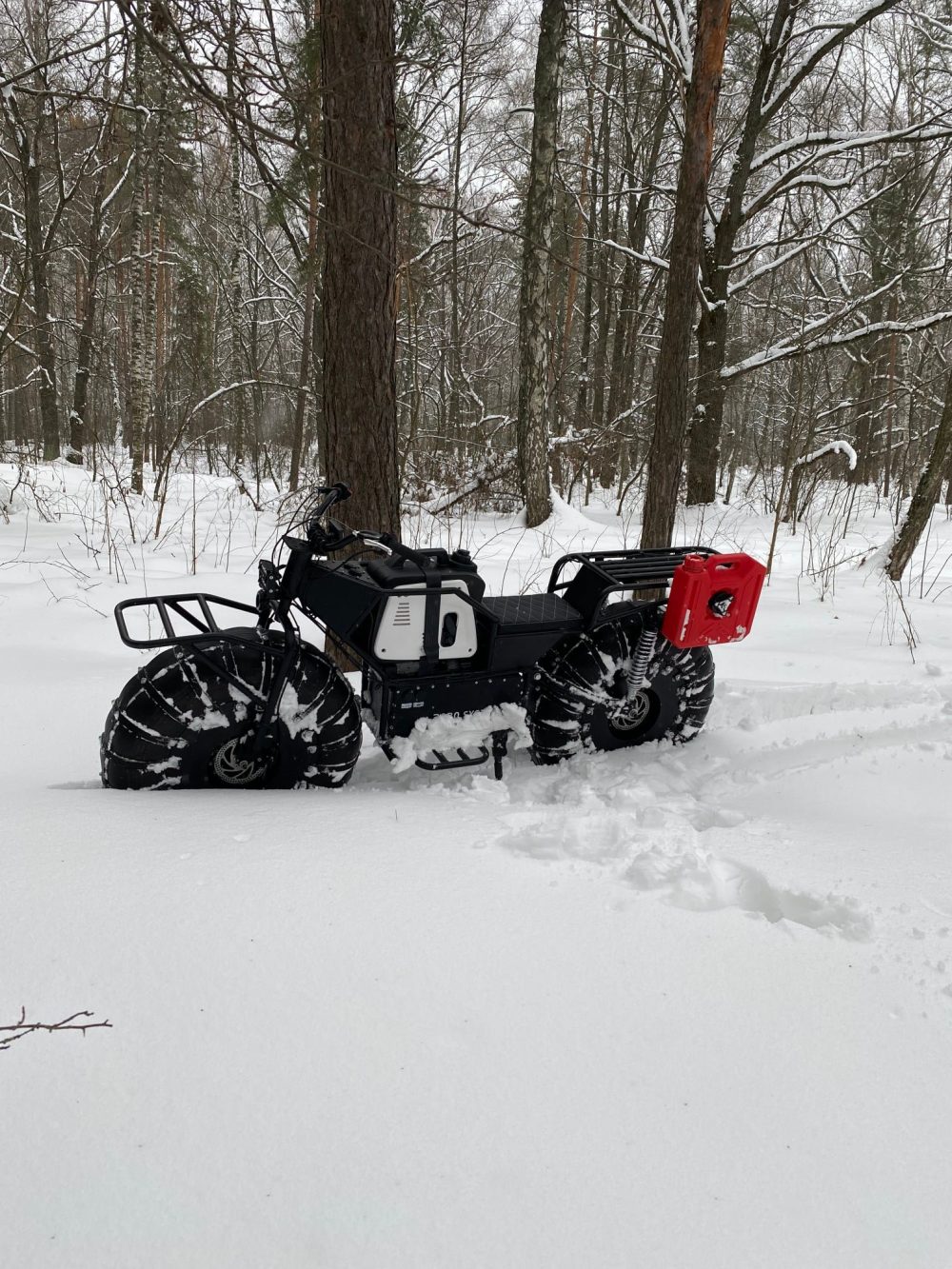 Each with a nominal 1kW of power, and an absolute peak of 2kW per motor, the motors aren’t intended to grace the Ultra Bike with high performance. But they are meant to ensure it can go anywhere thanks to its light, 55kg mass, two-wheel-drive and huge tyres. Top speed is a mere 50km/h, and the low weight comes thanks to a small 35Ah, 48v battery (that equates to just 1.68kWh). Range is claimed to be 64km per charge, but given the terrain the bike is intended for, it’s likely to be less than that in the real world. 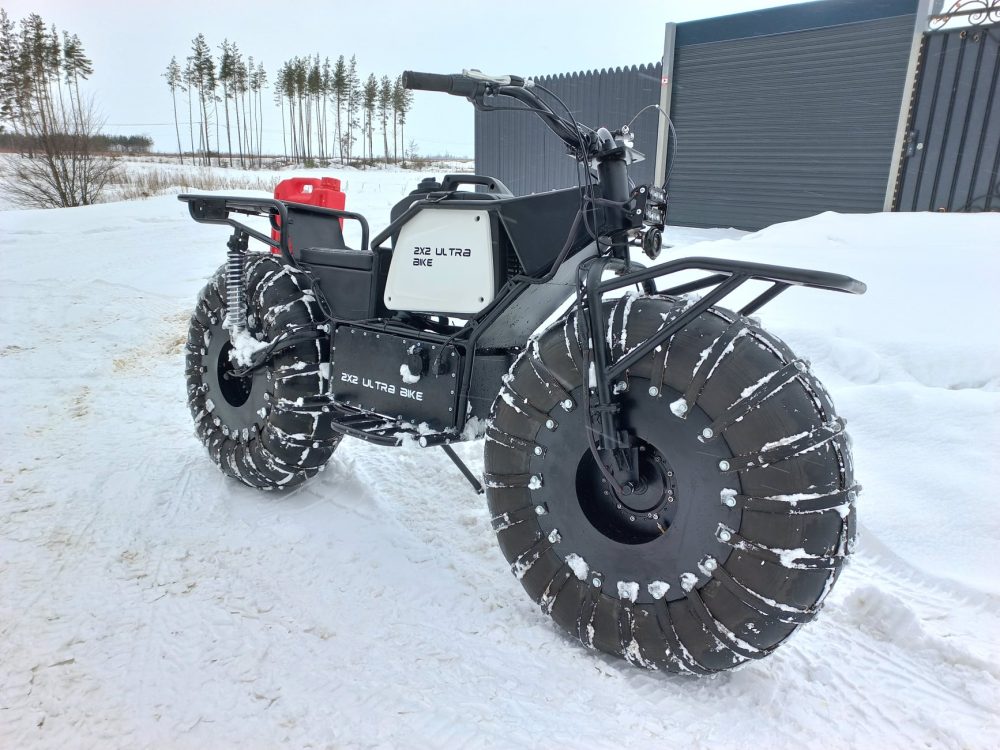 That’s where the Ultra Bike can play its trump card. It can be optionally equipped with an 800w petrol generator that clips in where you’d expect the fuel tank to sit, and a 5-litre jerry can on the back for additional fuel. That combination means the generator can recharge the bike’s battery, acting as a range extender, or be used to operate other electric equipment thanks to both AC and DC outputs. 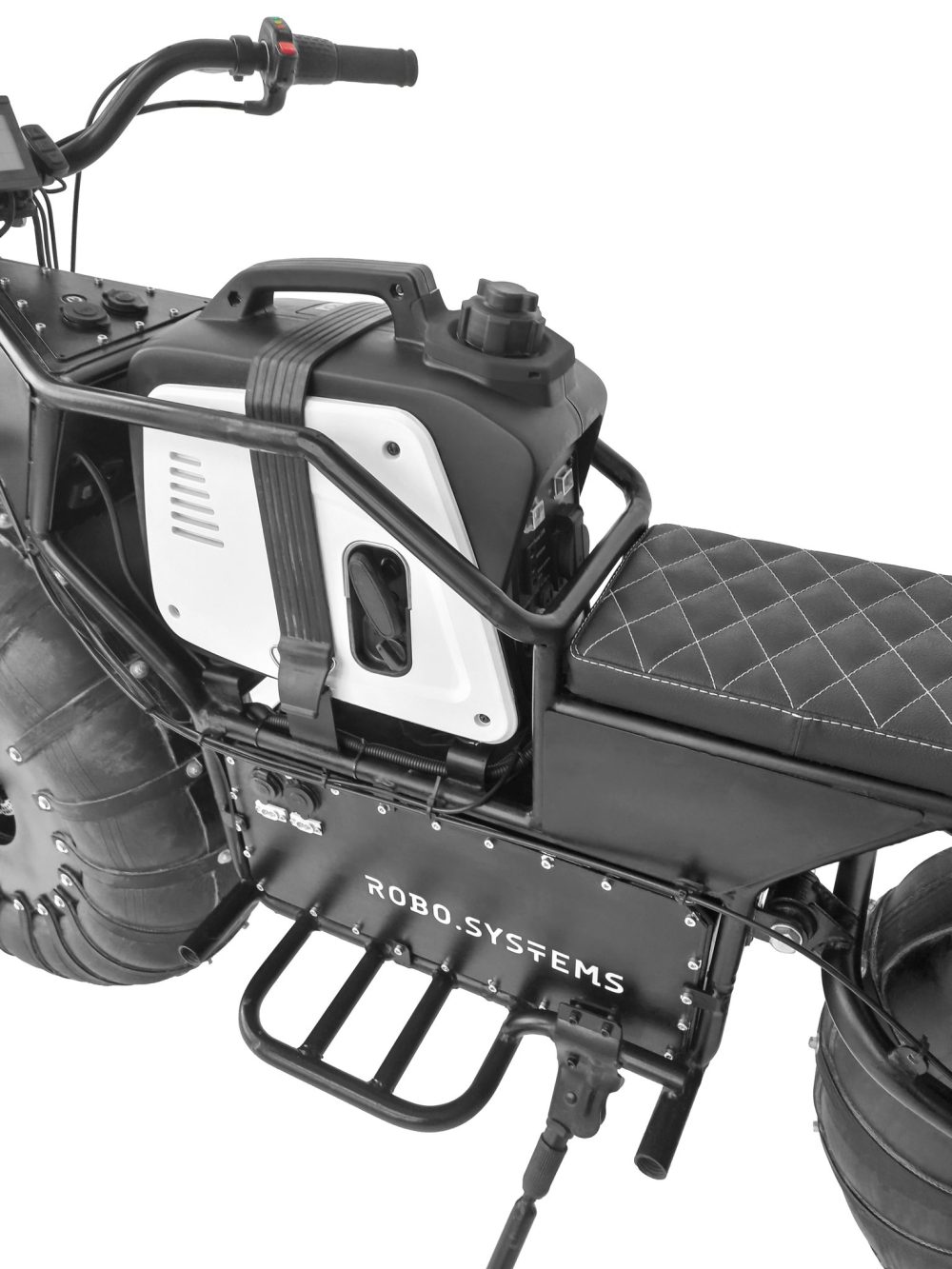 If the jerry can isn’t enough, just as on the Rokon Ranger, the wheels can double as drums to hold either fuel or drinking water – giving another 40 litres of capacity – while the huge, low-pressure tyres act as floats to help the bike across rivers or lakes. Optional, inflatable side floats can be added to keep it upright, with the wheels acting as paddles as it crosses water.