An Africa Twin-based Honda tourer has been on the cards for a while, and we’ve previously been able to reveal both the bike’s ‘NT1100’ name and leaked technical details. Now it’s finally been revealed in full. 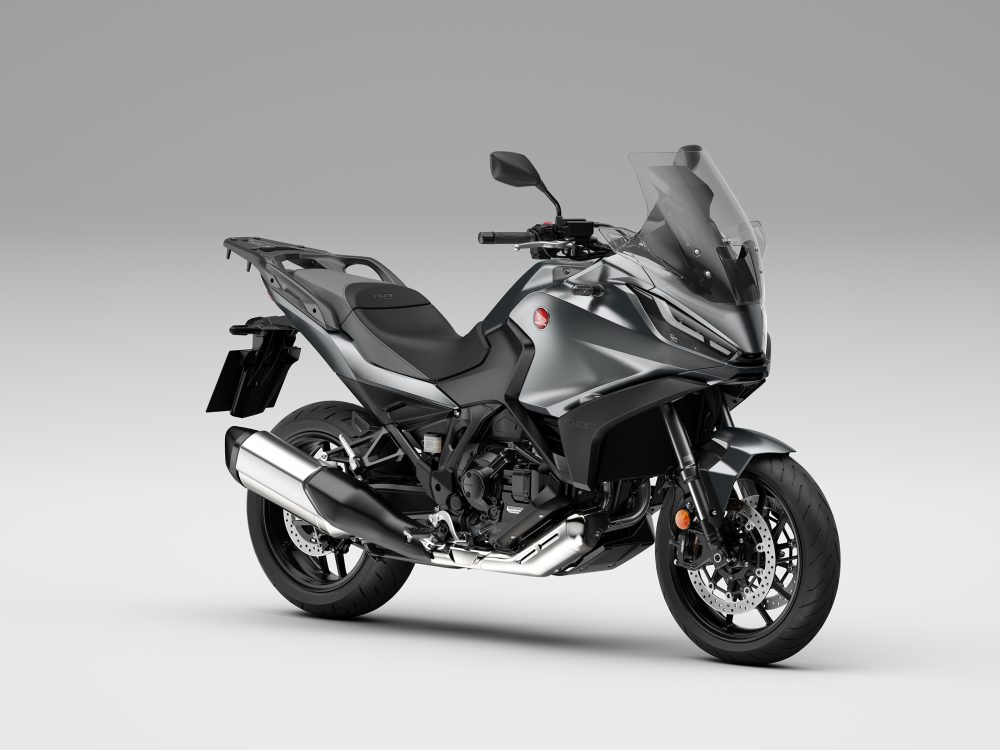 The specs don’t come as much of a surprise, matching the leaked details with an unchanged, Africa Twin-spec 1084cc parallel twin making 75kW at 7500rpm and 104Nm at 6250rpm, mounted in a pure road-going tourer that weighs 238kg wet in base form or 248kg with the optional DCT semi-auto gearbox, all underneath styling that bears a slight resemblance to the CB4X concept shown a few years ago. 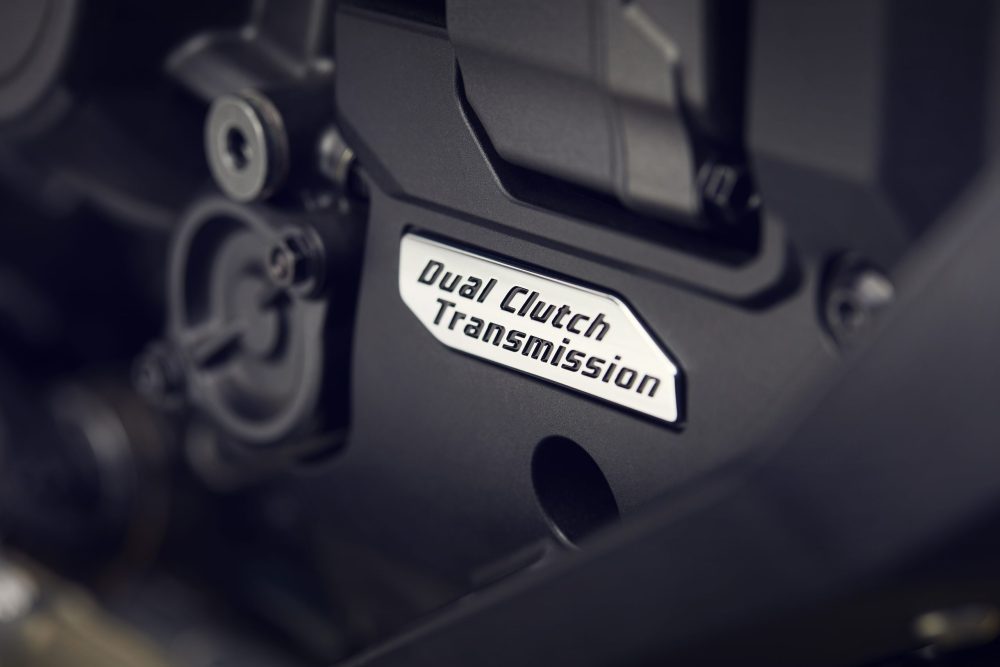 However, the bike’s relatively conventional stance, with an 820mm seat height, comes as something of a surprise given both its Africa Twin roots and the recent trend towards adventure-style sports tourers like the BMW S1000XR and F900XR, Yamaha’s Tracer 9 GT and Ducati’s Multistrada range. Instead, Honda sees the bike as a follow-up to earlier touring models like the Pan European and Deauville. 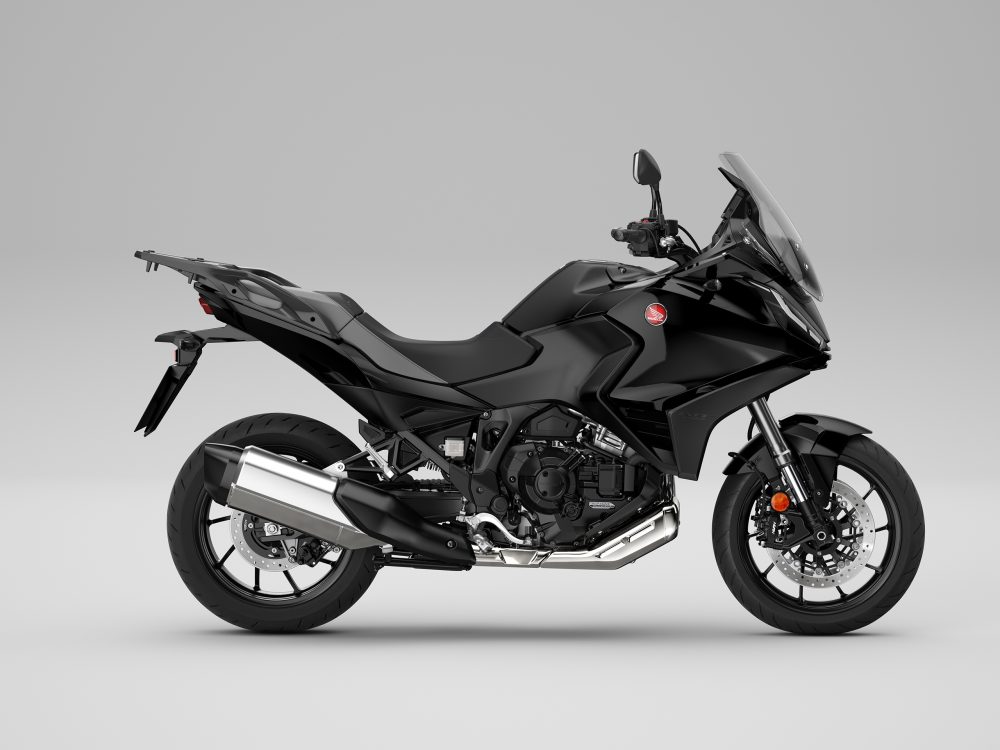 The bike’s Large Project Leader, Koji Kiyono, said: “At Honda, we have a long tradition of catering for owners who desire a ‘traditional’ touring bike. Our previous Pan European and Deauville models have enjoyed a very loyal following for many years. So, when it came time to design a new touring model, we wanted to produce something that would resonate – and appeal broadly – to these traditional touring bike customers. But we also wanted to stoke desire in riders of all ages and tastes who are looking for a genuinely new and versatile fun bike. That’s why we’ve created our new NT1100, offering thoroughly modern engine performance, a fun-to-handle chassis, a suite of modern technology and completely fresh, distinctive styling.” 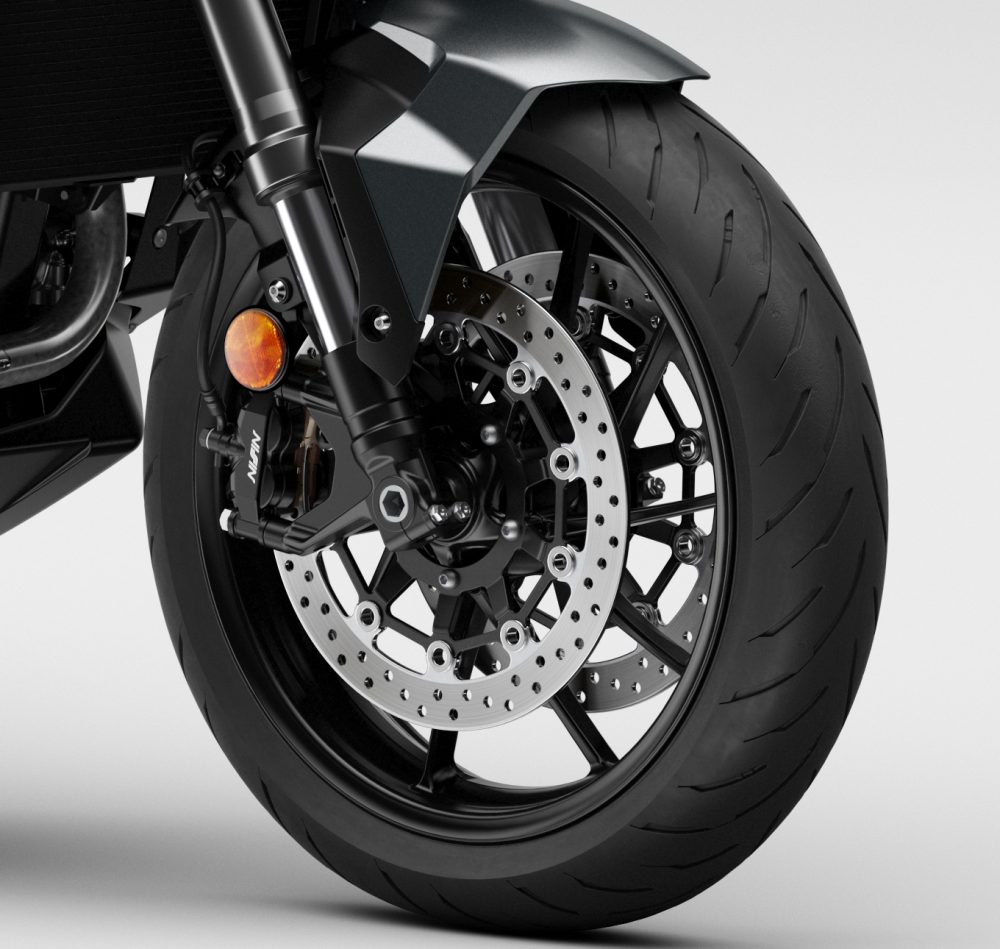 As well as the Africa Twin engine, the NT1100 inherits the adventure bike’s steel cradle frame but endows it with much lower-riding suspension and 17-inch wheels. Showa SFF-BP forks offer preload and rebound while the Showa rear shock is restricted to preload adjustment only to reduce costs. Speaking of which, the NT1100 is significantly cheaper than the Africa Twin it’s based on, with European prices equivalent to around AUD $1750 lower than the equivalent Africa Twin. 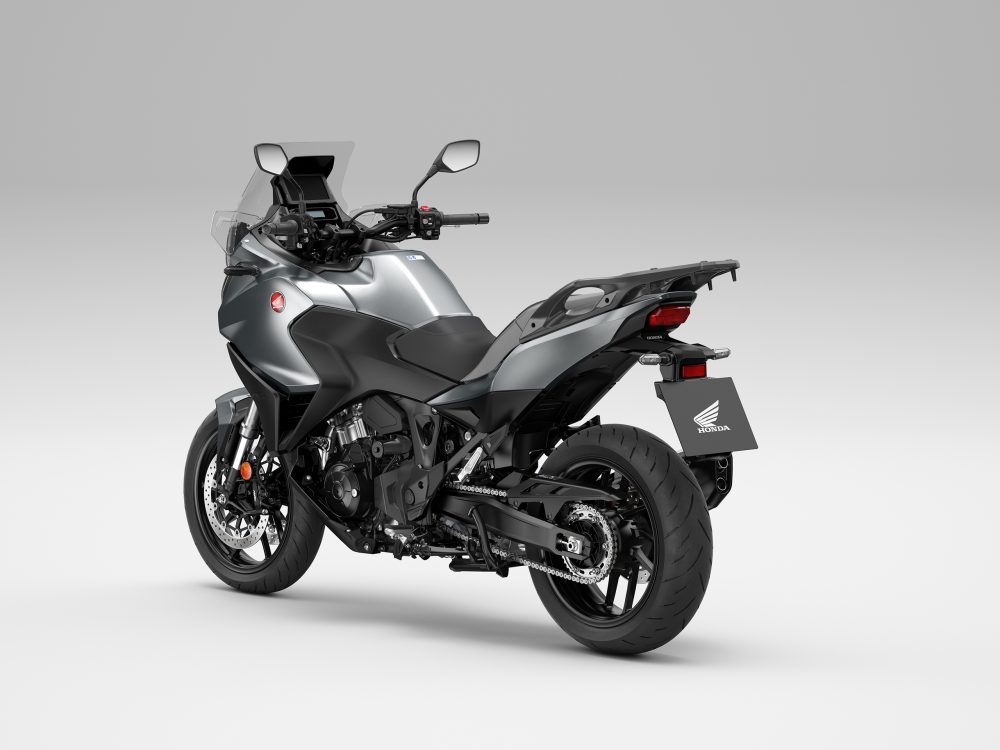 The five-position, adjustable height and angle screen is standard, too, along with side-mounted wind deflectors, and the NT1100 features the Africa Twin’s dual instrument display, with a 6.5-inch colour TFT touchscreen dashboard above a smaller, monochrome LCD readout. Apple CarPlay and Android Auto are both installed as standard, too, and the dash provides access to three pre-configured riding modes – Tour, Rain and Urban – each altering the power delivery, wheelie control and traction control settings. There are two rider-configurable modes, too, allowing you to pick and choose between three levels of wheelie and traction control. Take up the DCT transmission option and the choices get even wider, with either manual control via bar-mounted buttons or fully-auto changes, the latter configurable to either an efficiency-oriented ‘D’ mode or a sportier ‘S’ mode with three selectable levels to alter the shift points and aggression. 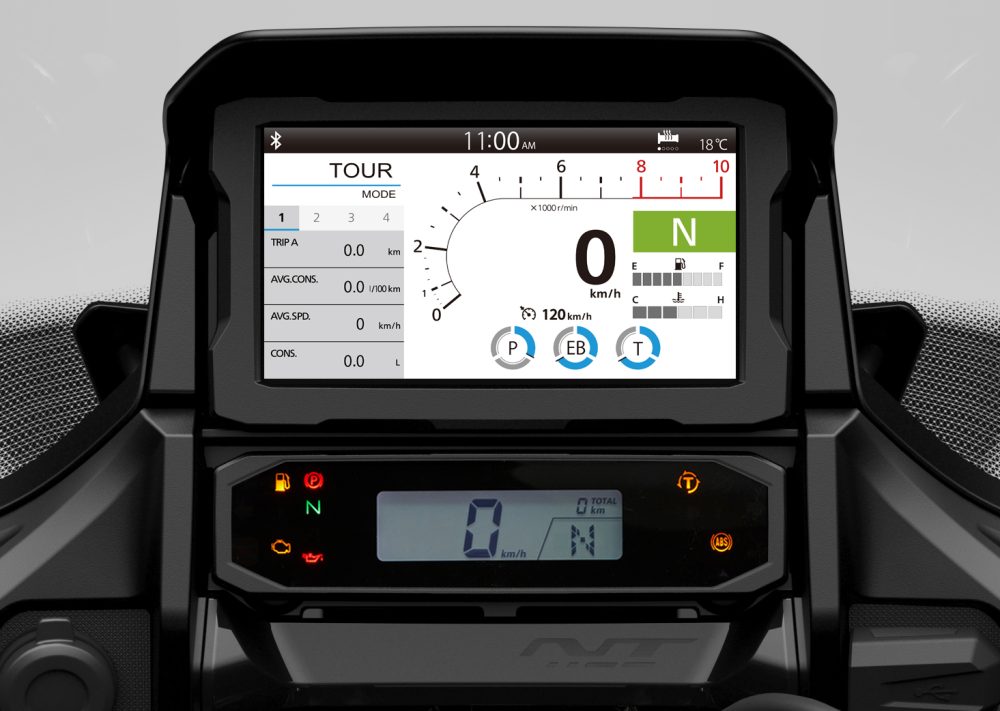 On the manual model, a quickshifter is optional, including an auto-blipper function, allowing clutchless changes much of the time even if you don’t have the DCT version. 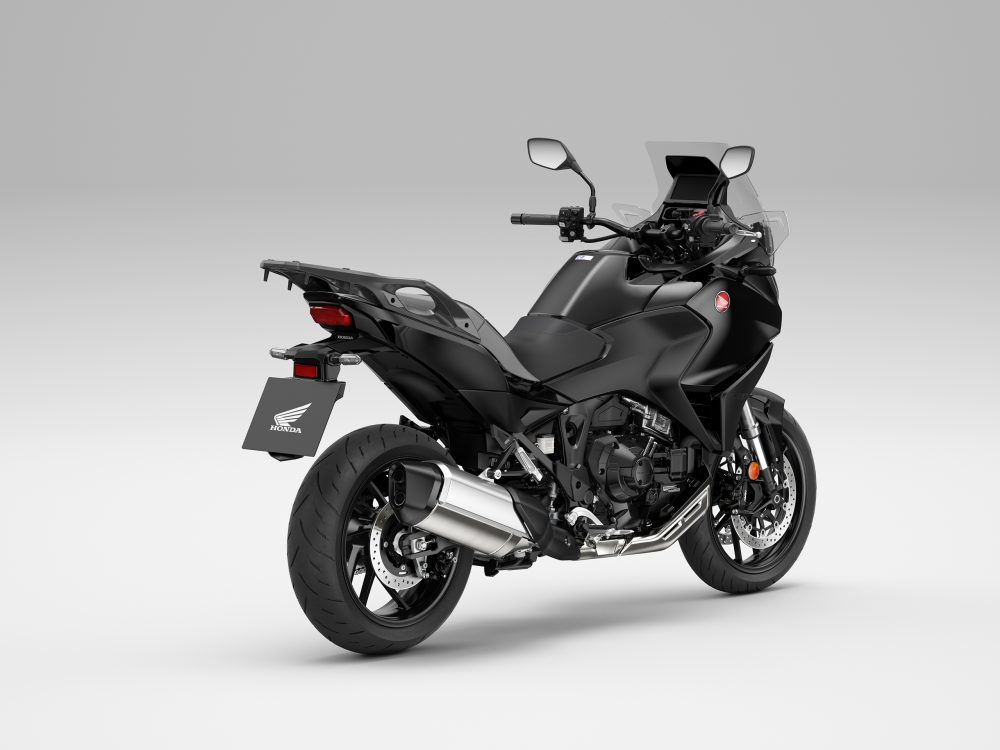 The NT1100 and NT1100 DCT are expected to arrive in Australia in the second quarter of 2022, with prices expected to be announced closer to the release date. 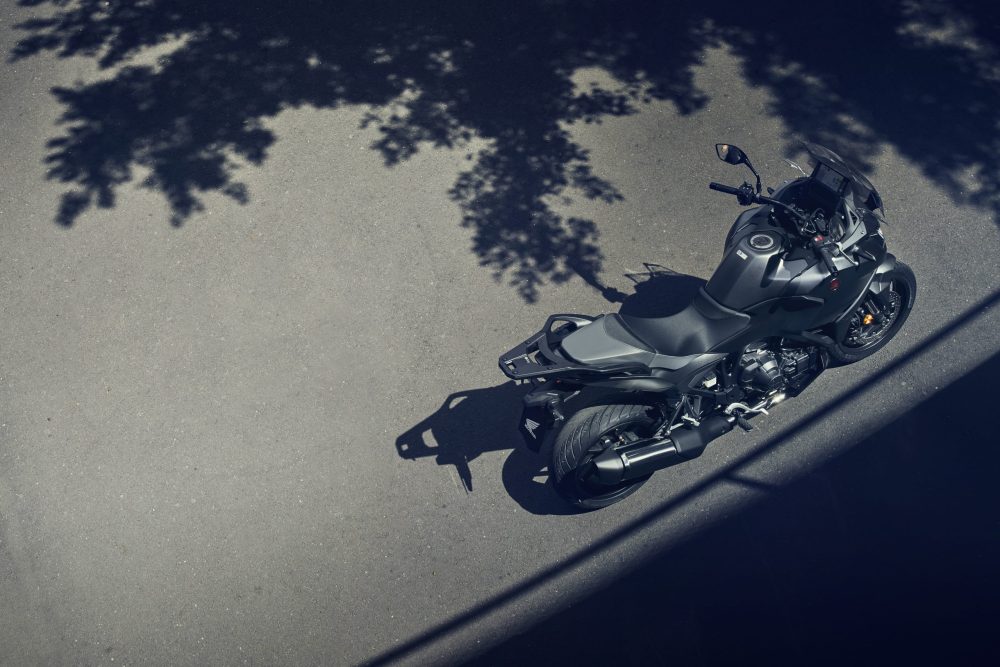 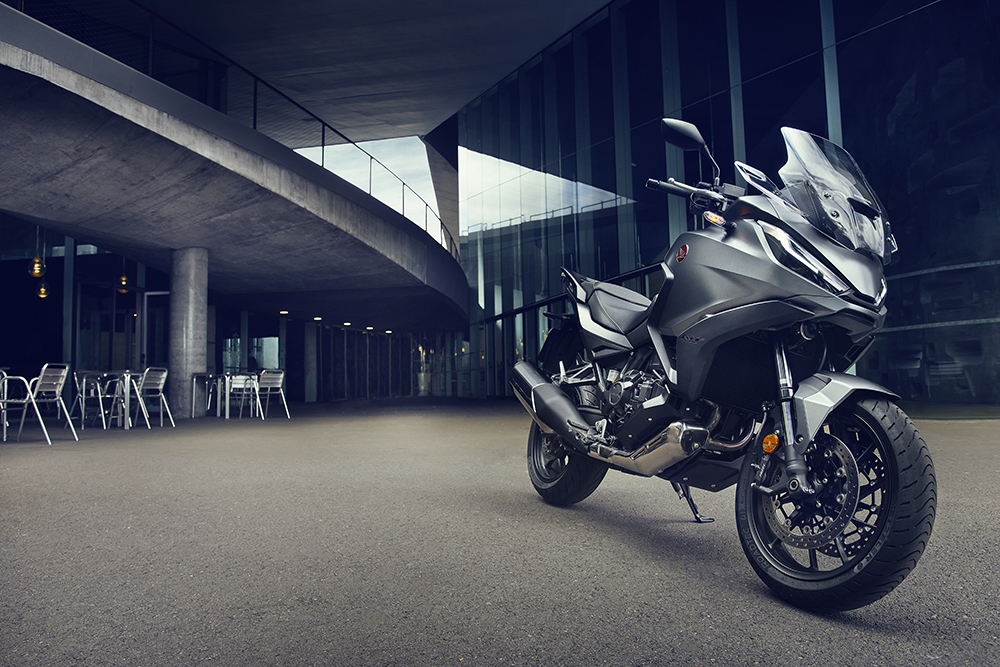