You might not think that the Africa Twin is the most obvious basis for a sports bike, but Honda has decided that the same lightweight and compact attributes that make for a compelling adventure model also lend themselves to something a little racier. 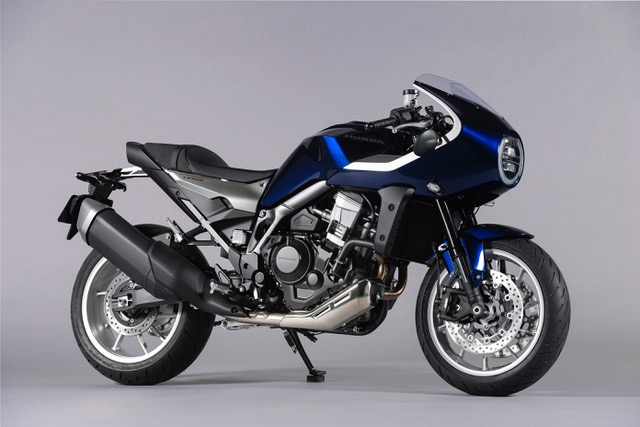 Honda debuted the Hawk at the Osaka and Tokyo motorcycle shows, taking place on consecutive weekends, but has remained shy about revealing its full specifications until it’s closer to the showrooms. And that’s exactly where the Hawk is headed, as, despite its visual similarity to 2017’s CB4 Interceptor concept bike, it’s very much a mass-production model, complete with its own range of clothing and optional accessories to be sold alongside it.

Where the CB4 Interceptor was based on the CB1000R, with that machine’s four-cylinder engine and alloy frame, the Hawk uses the Africa Twin’s 1084cc twin and steel semi-double-cradle frame. From the look of it, there’s no change to the engine’s specification. Even the front section of the exhaust, including the catalytic converter and its heat shield, is identical to the one on the Africa Twin and the NT1100 tourer that shares the same engine. That suggests there’s no substantial change to the bike’s power – all indications are that the Hawk 11 will make the same 75kW and 104Nm as the Africa Twin and NT1100. 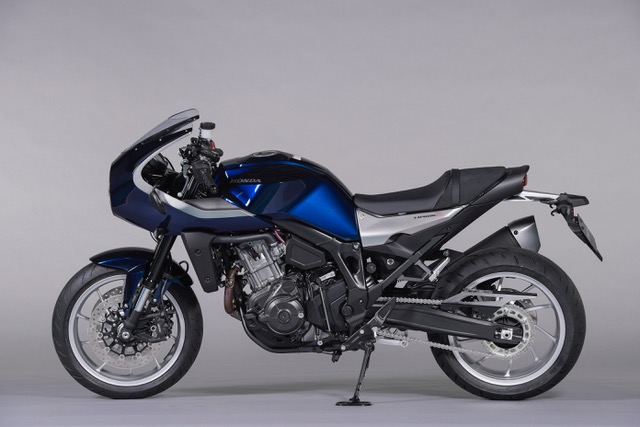 The parts sharing doesn’t stop at the engine and frame. The Hawk’s alloy swingarm comes from the NT1100, which also donates its 17-inch wheels to the cause. Meanwhile, the seat subframe appears to be the lighter version used on the Africa Twin rather than the luggage-lugging version from the NT.

Unique elements for the Hawk include the footrests and bars, as well as all the bodywork including that bullet nose fairing, a surprisingly low seat – Honda hasn’t revealed any numbers but illustrated that riders as short as 155cm can touch the ground comfortably – and the front suspension. Those forks are Showa SFF-BP upside-downers, like the NT1100, but not identical to the ones on the touring bike. Similarly, the radial calipers and discs are visually like the NT’s Nissins but appear to be slightly larger on the Hawk. 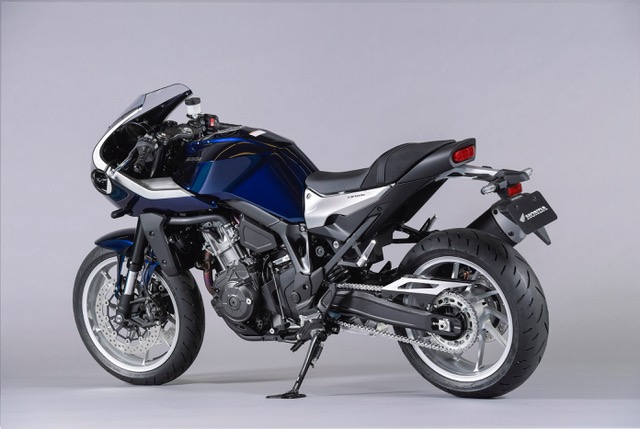 On board you get a simple liquid-crystal display rather than the sort of full-colour TFT dash that’s becoming increasingly common, suggesting that the Hawk is built to a strict budget. The dash does still show that there are multiple riding modes, though, as well as options to change the power level, throttle map and engine braking characteristics.

While Honda has yet to reveal the full range of optional extras, a customised version of the bike with a Moriwaki exhaust has been displayed, and Honda also promises a range of matching clothing to accompany the Hawk when it reaches production. 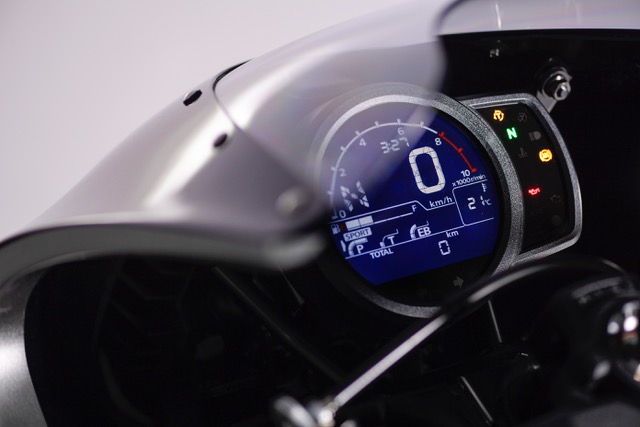 So far, the release has been limited to the Japanese domestic market, but with so little information it’s unclear when or whether the Hawk will be sold outside its homeland. Given that the engine is already certified to be sold worldwide, meeting even the toughest emissions limits, it makes sense that the Hawk will be offered in other markets, although perhaps only some months after its Japanese introduction. 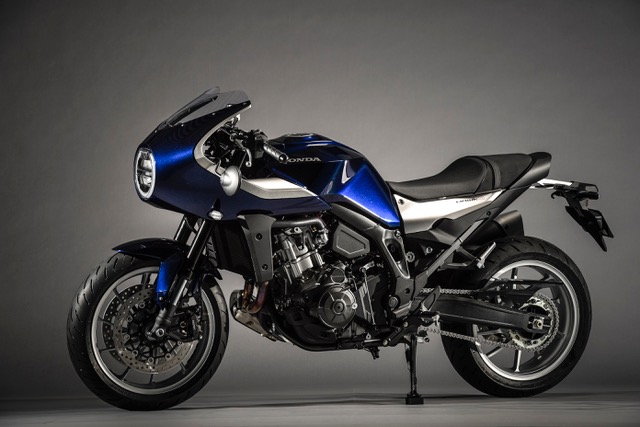 When it comes to adventure touring machines, bigger might not always be better. We grab two of the adventure segment's most capable motorcycles and head bush.

At the world launch, we tested the Lusso SCS fitted with the semi-automatic clutch, and the non-SCS Lusso model. Both have Sachs semi-active electronic suspension, Motor Vehicle Integrated Control System (MVICS) electronics suit and TFT dash, as well as a host of engine and gearb