For more than a year we’ve been seeing spy shots and leaked photos of CFMoto’s upcoming 800MT adventure bike but now it’s been officially unveiled in Shanghai as China’s most high-tech bike yet.

The basic specs don’t come as a huge surprise. We already knew that the bike uses a CFMoto-made version of KTM’s 799cc LC8c parallel twin engine, as used in the 790 Duke and 790 Adventure. CFMoto manufacturers the engine for KTM, too, so it’s straight off the same production line as the motors going into the Australian bikes. This year, CFMoto also starts manufacturing complete Dukes and Adventures for sale in Asian markets, although at the moment they’re sticking to the older ‘790’ versions rather than the 889cc ‘890’ models. 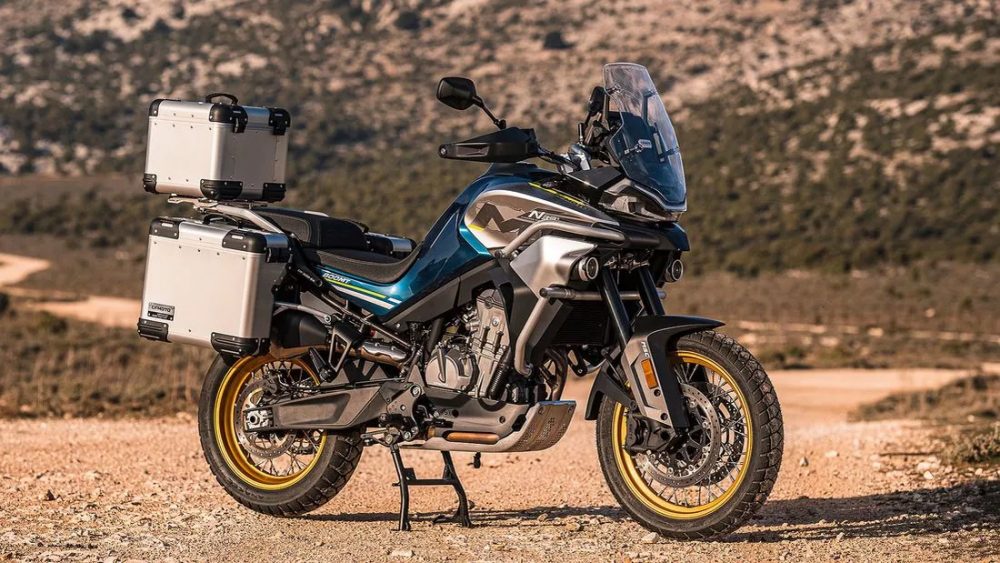 The 800MT’s frame is also much the same as a KTM 790 Adventure’s chassis, albeit with a new aluminium swingarm and KYB suspension instead of the Austrian bike’s WP kit. The brakes are J.Juan rather than Brembo parts, and the CFMoto has a completely different style to the KTM Adventure, focussing on luxury and long-distance comfort rather than off-road ability.

As such, the CFMoto gets a vast array of electronic toys. It’s the first Chinese-made production bike to get cornering ABS – the same Bosch system used by many other models but made in Bosch’s Chinese factory. It also has traction control, heated grips, a heated seat, automatic high-beam headlights, standard fog lights, multiple riding modes via a ride-by-wire throttle, keyless ignition, a 7in TFT dashboard incorporating sat-nav as standard, and cruise control. All that, for a price (in China) that’s expected to be between AUD $10,000 and AUD $14,000. Don’t get your hopes up for such a bargain when exports start, as shipping costs and duties will inevitably push that price up significantly. 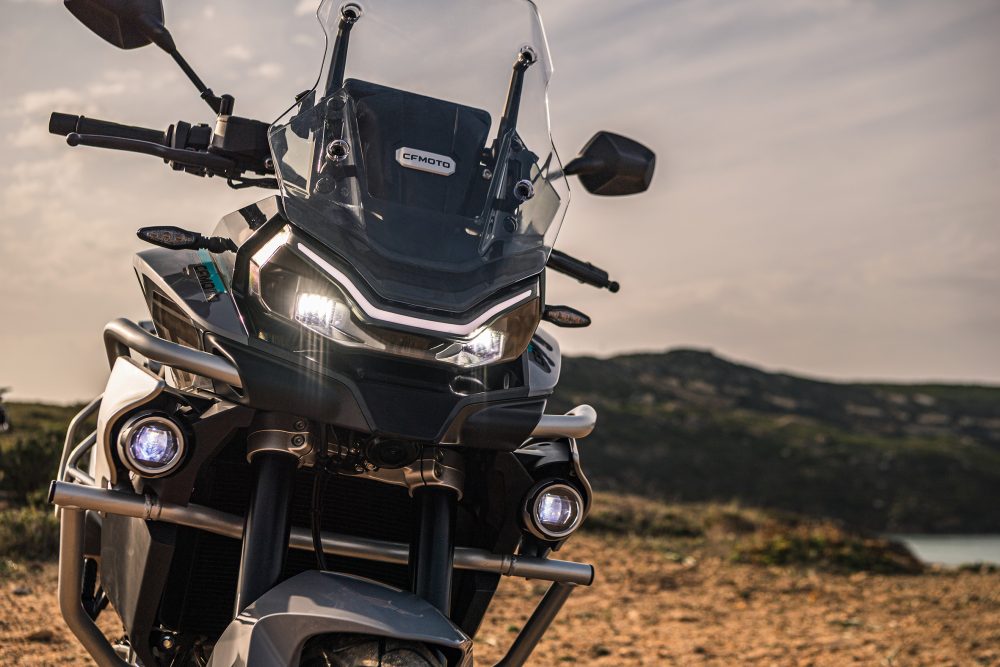 In terms of performance, the familiar KTM engine makes 70kW and 77Nm in CFMoto guise, and the bike weighs in at 231kg wet without luggage, or 248kg with the alloy panniers and top box fitted. A more road-oriented version with alloy wheels will also be offered as well as the wire-wheeled model seen in these images.

The 800MT is expected to land in Australia towards the end of the year with full specs and pricing to be announced soon. 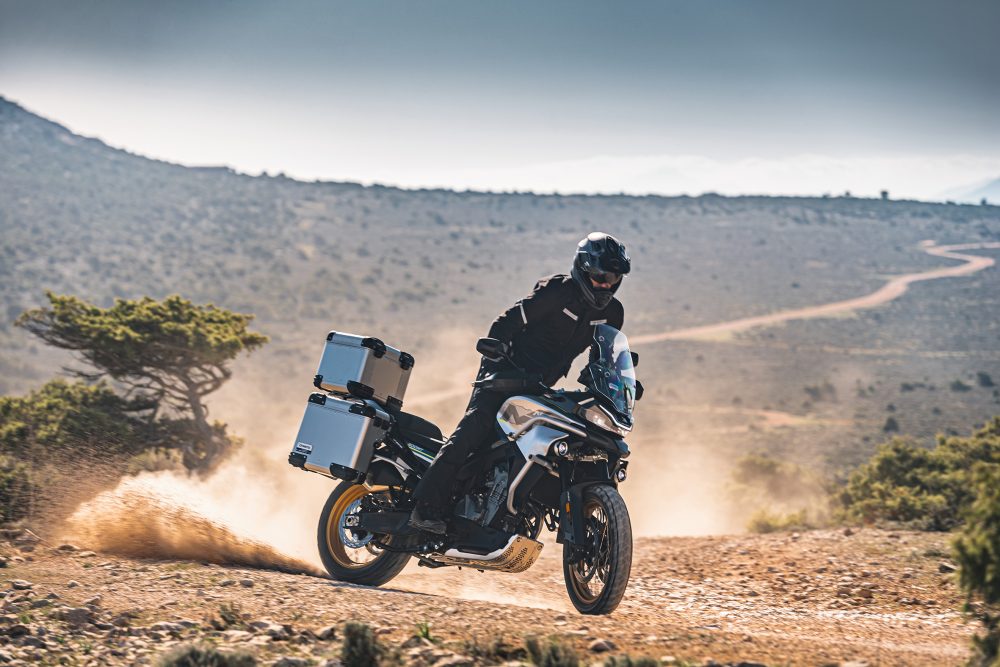