MV Agusta’s ‘Rosso’ range represents an apparent contradiction in terms – ‘accessible’ MVs with lower price tags than their more exotic siblings. Previously offered in Brutale 800, Dragster 800 and Turismo Veloce form, the Rosso template has been applied to the F3 for 2021.

While the all-important price isn’t known yet, the MV Agusta F3 Rosso is based on the existing F3 800 but debuts a raft of updates for 2021, which are sure to be carried over to the rest of the range in the near future. 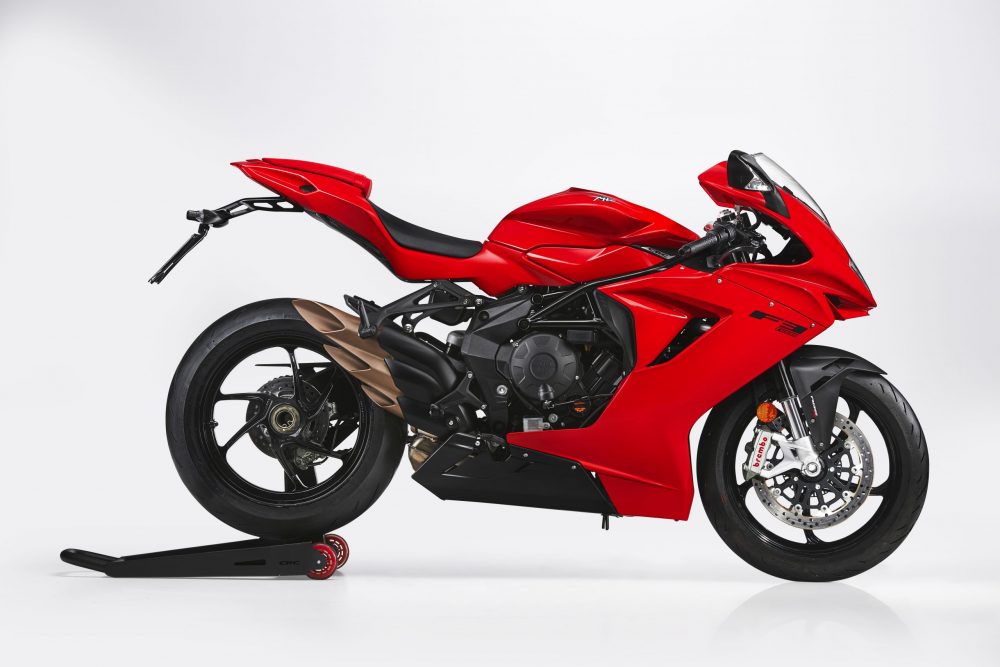 Unlike the Brutale and Dragster Rosso models, which have their power slashed from 103kW for the more expensive versions to 81kW on the red-only Rosso machines, the F3 isn’t castrated in Rosso form. Its engine, updated to Euro 5 emissions spec with low-friction coatings, higher-pressure injectors and revised ECU firmware, makes 108kW at 13,000rpm, on a par with the previous F3. It’s also more economical than before as well as pumping out lower emissions. 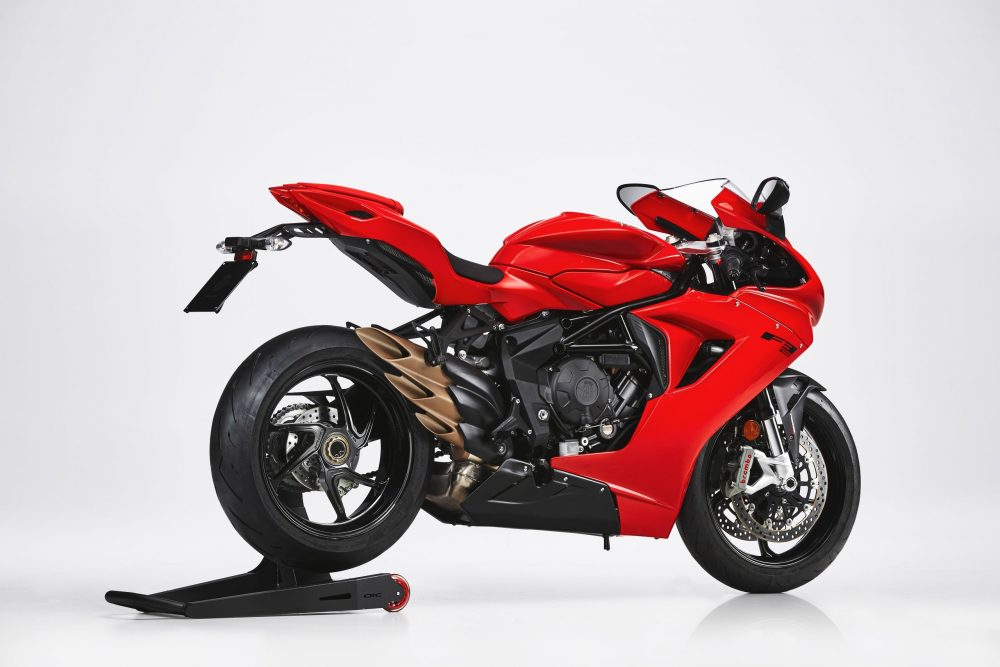 It drives through a revised clutch and a gearbox equipped with MV’s latest EAS 3.0 up/down quickshifter, an upgrade over last year’s version. A new exhaust, like that on the latest Brutale 800, completes the changes. 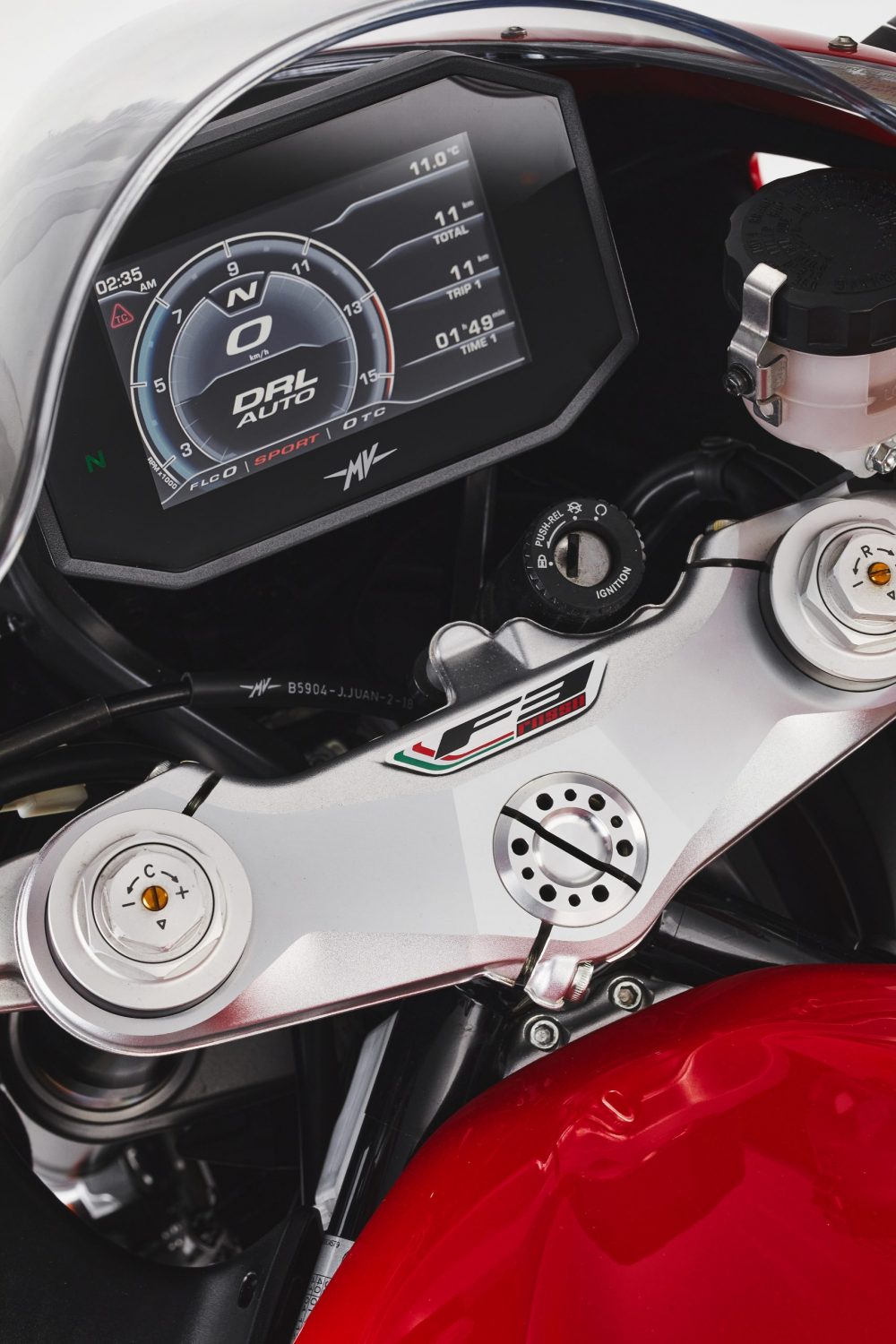 As with other 2021 models in the three-cylinder range, the frame is revised with more rigid castings around the swingarm pivot, although weight remains unaltered at 173kg dry. The suspension is carried over from the last version, with Marzocchi forks and a Sachs shock, all fully adjustable, and it’s the same story with the Brembo brake hardware, although the ABS electronics for 2021 come from Continental instead of Bosch. Continental also provides the suite of rider aids, with an improved wheelie control system that now allows the front wheel to lift to a certain extent rather than preventing wheelies altogether. A new 5.5in TFT display replaces the dated-looking LCD of the previous model, and gets all the usual smartphone connectivity for navigation and media controls, as well as a dedicated MV app. 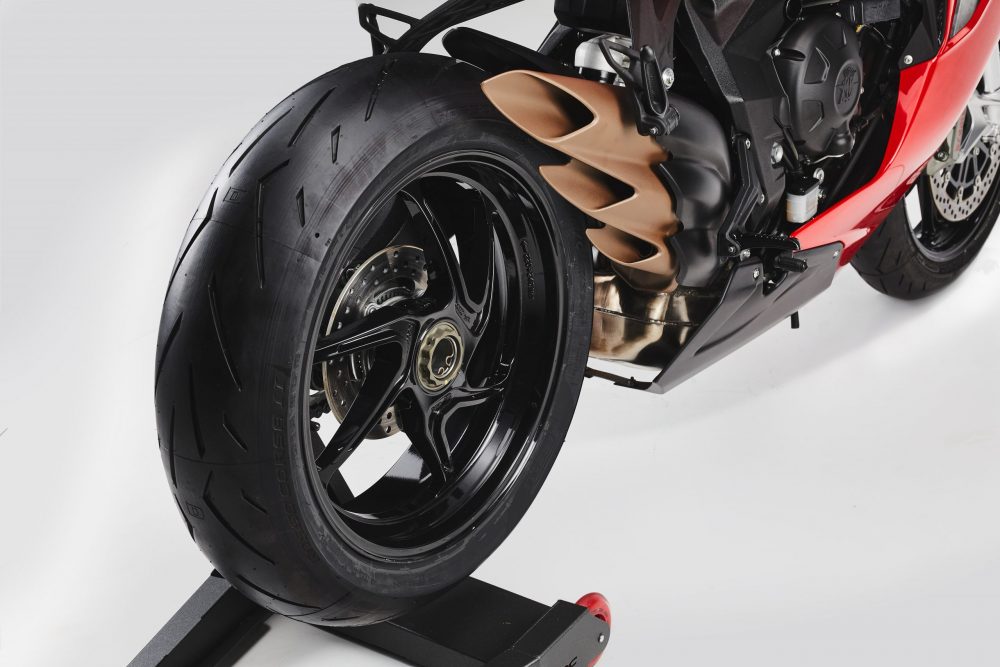 As the Rosso name suggests, the new F3 comes only in red, with the frame, suspension and even cast alloy parts like the footpegs finished in black. It’s a cleaner look than the usual two-tone or graphics-laden option, although we’re expecting MV Agusta to follow the Rosso with other colour options and perhaps additional upgrades for the non-Rosso versions of the F3 later in the year. 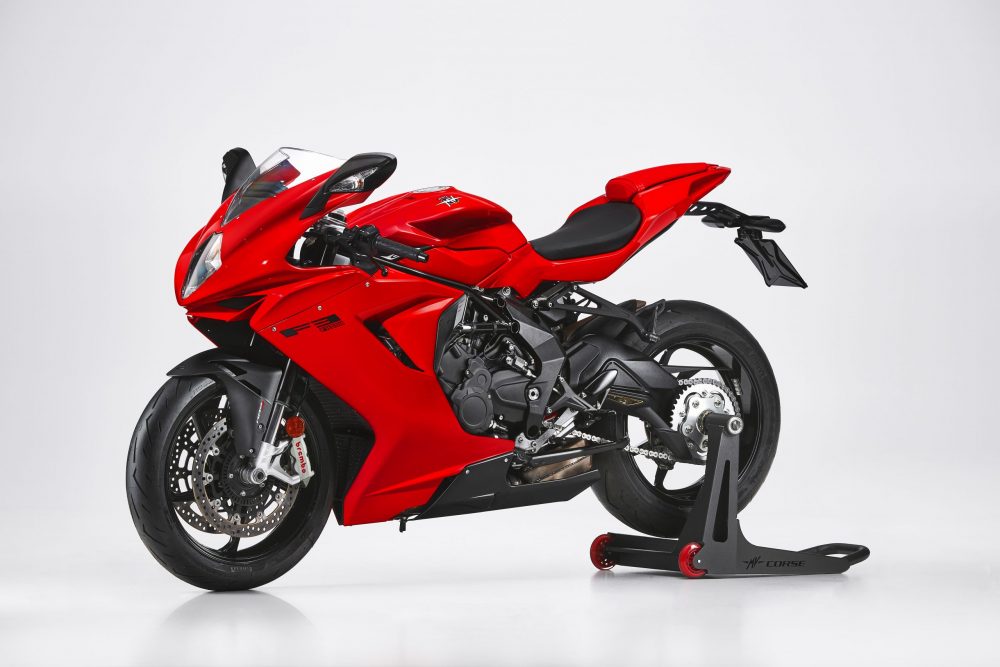 Buyers who, ahem, Rushed to get their hands on the spectacular looking MV Agusta Rush last year – at an eye-watering expense – might be miffed to discover MV has now launched an improved version of the model for 2021.

The original Rush was limited to 300 examples, and the same applies to the 2021 version – which gets new military-inspired paintwork instead of the black-and-red scheme. A new leather and Alcantara seat is also fitted, but otherwise the bike is visually similar to its predecessor, right down to the distinctive carbon-fibre rear wheel cover. 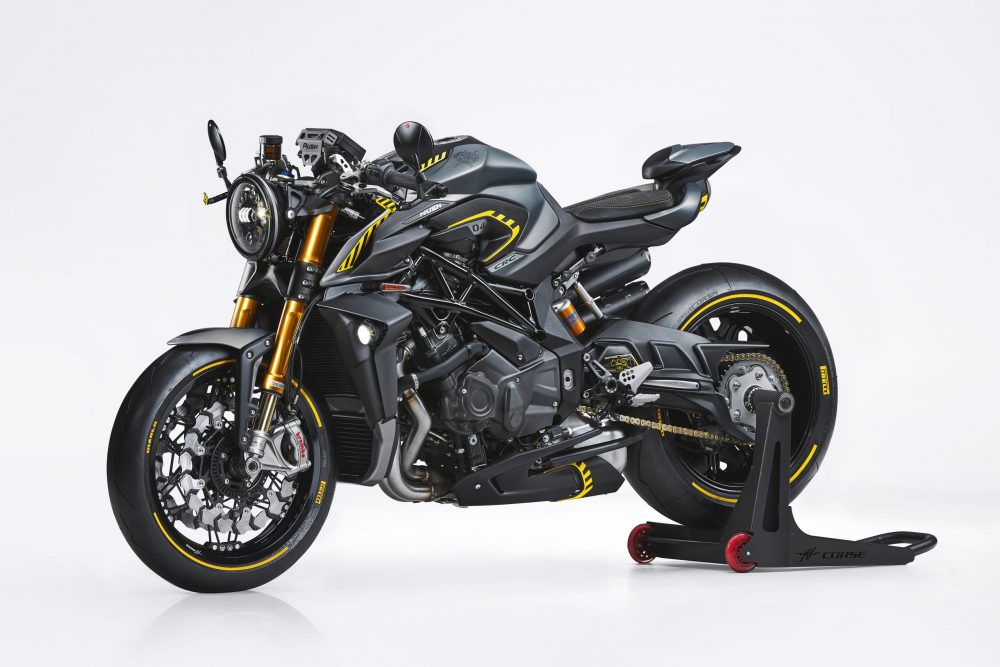 There’s no change to performance, with 153kW on tap, rising to 156kW with the included SC Racing exhaust and track-only ECU fitted, but the engine is now the Euro 5-compliant version from the latest Brutale 1000. 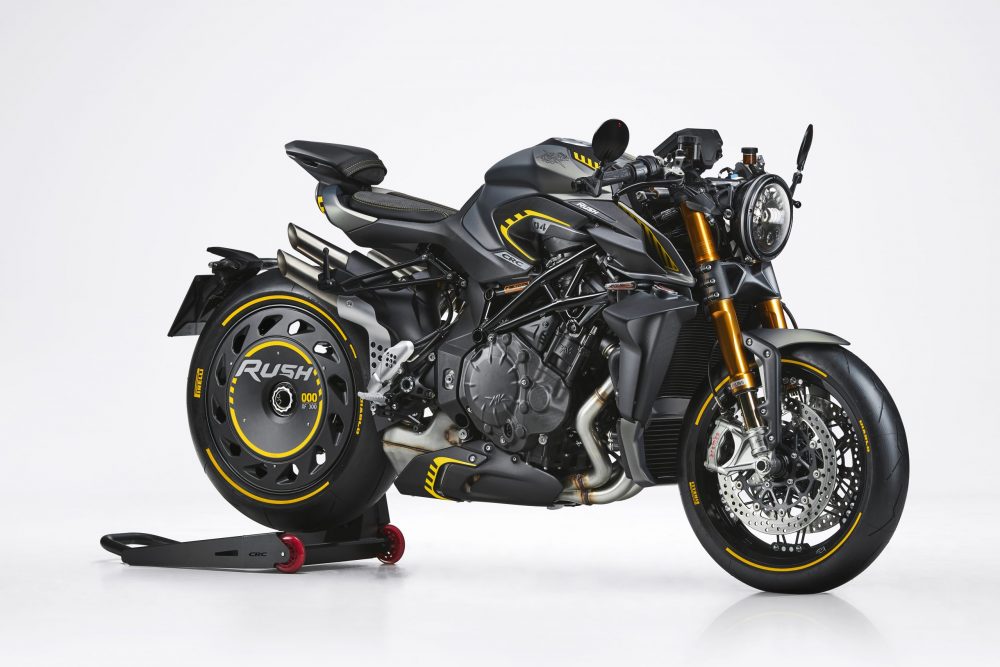