Three years after becoming the first Australian winner of the Dakar, Toby Price has triumphed again!

Taking part in his fifth Dakar with a wrist that was still sore after fracturing his scaphoid bone several weeks before the start, the New South Welshman grinned and bore it, focusing on consistency rather than the verve that his rivals showed, as they picked up stage victories.

Leading the overall standings by just over one minute going into Thursday’s 10th and final stage, Pricey had no choice but to give his all on the day’s short 112-kilometre timed special. With competitors setting off in the reverse order to that of their position in the overall standings, Price was the very last motorcycle rider to enter the stage.

Pushing right from the start, the 2016 Champ knew he couldn’t spare a single second on the well-travelled route. Just 10 kilometres into the stage, however, Price’s nearest rival, Pablo Quintanilla, fell, leaving Price free to complete the special at a steadier pace. Putting in a champion’s ride, he still pushed on to ultimately claim the stage win and with it, his second Dakar title and 18th in-a-row for KTM.

In what has been a superb display of riding, determination and bravery, Price has overcome all the odds to take a well-deserved win. Breaking his wrist just weeks before the event put doubts on whether the 2016 Dakar winner would even complete the rally. Showing immense resolve, Toby took each stage as it came, riding consistently, and at the end of the 10-day event his perseverance paid off. It’s been a great few months for Price and KTM – 2018 FIM Cross Country Rallies World Champion and now 2019 Dakar Rally Champion.

“It’s very crazy to sit here and say that we won the Dakar rally with no stage victories until today,” said Price after wrapping up his second Dakar crown. “It’s really crazy. I’m over the moon, I’m so damned stoked. It’s been a long 10 days. Now I’ll just wait and see what damage I’ve done to my wrist.

“At the end of the day, the pain and torture has been worth it. I thought I would only be able to do two stages and then pull out and that would have been me done, but the support from everyone back home in Australia and then having some things go my way and a bit of luck, it just worked out in the end.

“It’s been an unreal rally. [On the pain] Pretty much all I can say is that it feels like there are about five people driving a knife in my wrist now. It’s not very comfortable, it’s not very enjoyable, but at the end of the day the victory has paid off. I’ll forget about the pain now, that’s for sure.

“The win takes away all the pain. For sure, if it wasn’t for this victory it wouldn’t have been as sweet, but at the end of the day I was just happy to make the finishing line. I didn’t think I was even going to be able to do that. I’m not the new boss of the rally, that’s for sure.

“There are so many guys that can win this race and we had strong competitors like Pablo and Ricky Brabec, Sam Sunderland, Matthias Walkner… everyone is strong. You can never count anybody out. Kevin Benavides did a great job and at the end of the day we all fight to the finish line and it’s been a hard rally. I just don’t like giving up, I don’t like quitting, that’s for sure. That’s about it. I love being out on my bike and I love riding and to be here with all the Dakar family and the KTM team it’s amazing. So, yeah, we’re pumped”.

Ben Young put in an incredible ride to finish the rally 51st overall, as did James Ferguson who came in 67th! John Maragozidis finished 15th overall in the quad class. Check the Stage updates on how he did it! 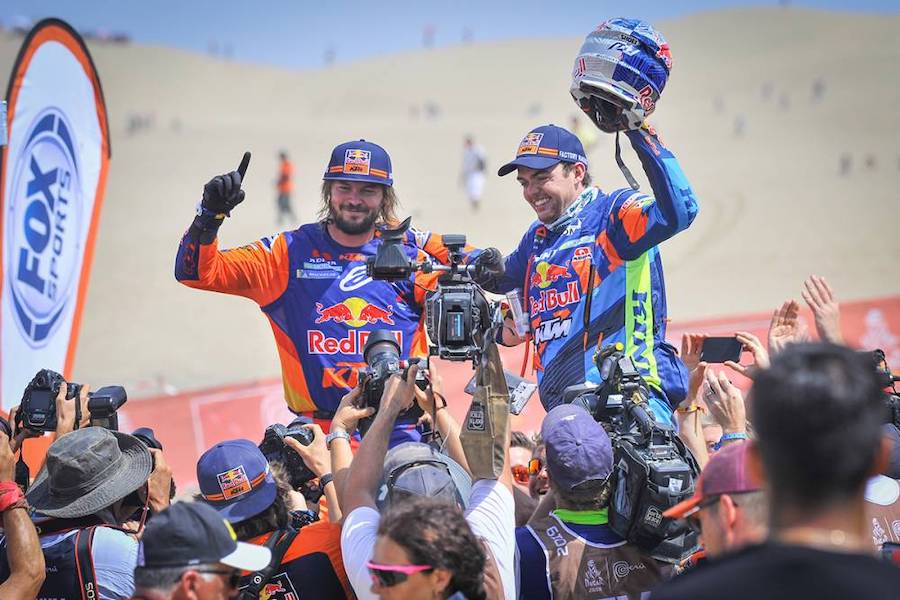 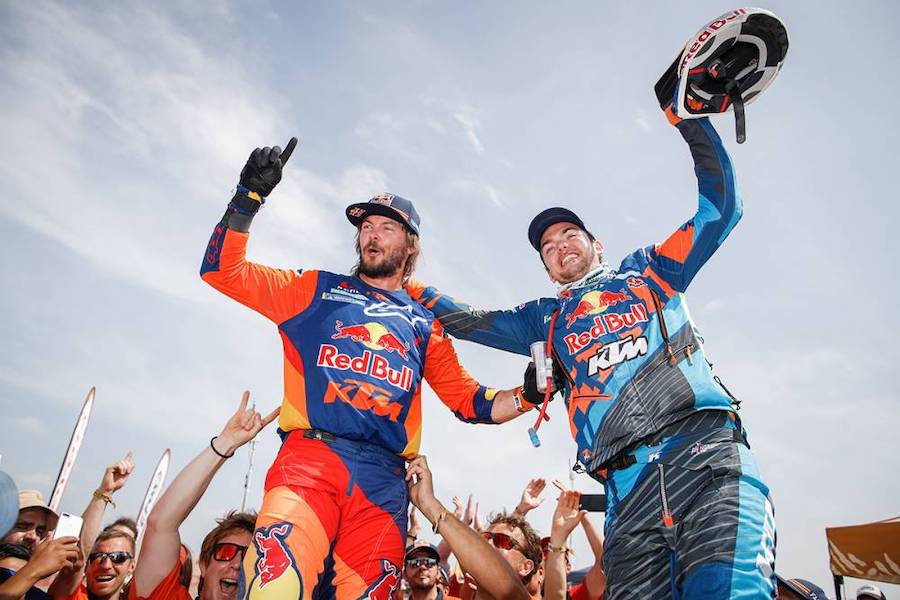 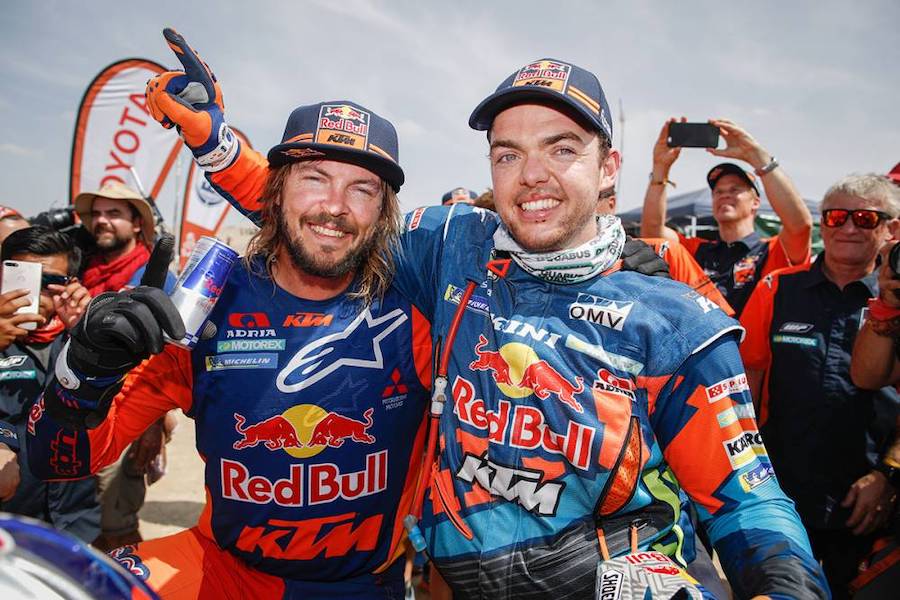 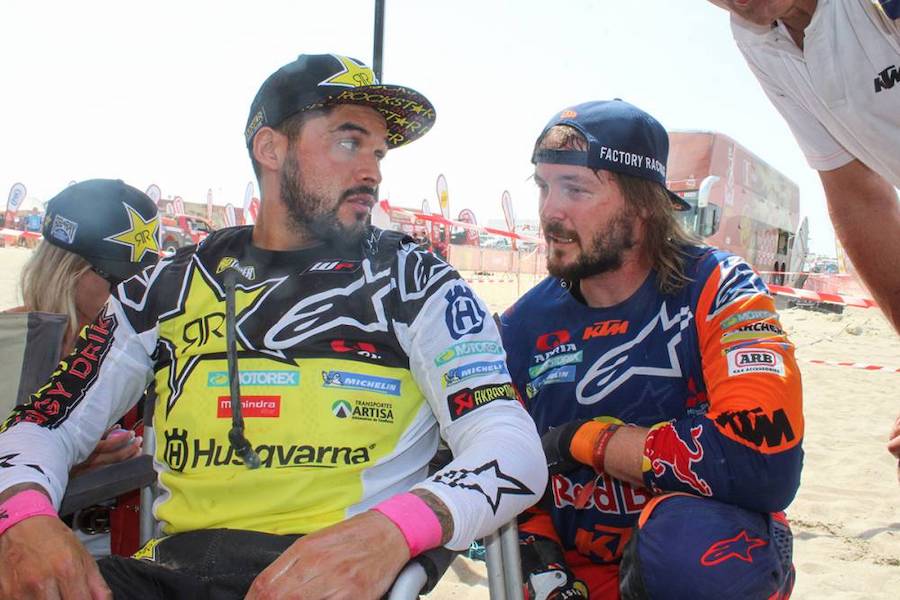