Toby Price was third fastest in Stage 8 of Dakar Rally and now sits at the top of the provisional overall standings with two stages left to contest.

Dubbed the ‘Super Ica’, stage eight pitted the fastest 10 bikes, 10 cars and the top five trucks from the previous day together, setting off at three-minute intervals according to their stage seven results. At 360 kilometres, the timed special was the longest of the event and took competitors over fast, open pistes for the first half, before once again challenging them with the mountainous sand dunes of the Ica desert.

2016 Dakar Champion Toby Price put in another stunning performance on stage eight, leading on time right up until the final two checkpoints. Crossing the line in an eventual third position has elevated Price to overall leader in the provisional standings. But with just one minute separating the top two riders after close to 30 hours of racing, the Australian rider knows he still has to keep fighting right to the finish.

Toby Price: “I knew today had to count so I gave it everything – the wrist is really starting to sting now! It was a long special at 360 kilometres but I got through it and I’m pleased with how the whole stage went. Just two days left so I’ll get some rest tonight and attack again tomorrow. When the helmet goes on, you know I’m just going to do the best I can.”

Following his top-10 result from stage seven, Matthias Walkner set off with not only nine bikes ahead of him, but also two cars driven by Dakar legends Stephane Peterhansel and Nani Roma. Navigating well through the dust kicked up by the vehicles in front, as well as the fog that had descended on the stage, the reigning Dakar Champion steadily upped his pace as the day went on to ultimately post the fastest time. With positions closing up at the top of the overall standings, Walkner now lies third, six minutes and 30 seconds behind teammate Price.

Matthias Walkner: “Good day for me today, I really tried to push all day long. Starting with the cars was not so bad this morning, a couple caught me on the fast pistes, but I passed them back again when we hit the dunes. I got to the refuelling and saw that Toby had made some time so I knew I had to really go for it in the sand. I had a couple of small crashes in the fesh-fesh, it was really foggy and a lot of the time you couldn’t really see too well ahead of you. I was happy with my riding today and everything is going well so we’ll see what the next two days bring.”

Set to open the special today due to his win on the previous day’s stage seven, Sam Sunderland was forced to delay his start when his on-bike tracker failed. Slotting in further down the order meant the British rider also had vehicles in front of him to deal with as he progressed through the stage. Nevertheless, pushing hard Sunderland posted the fourth fastest time and now sits fourth overall in the provisional rally standings.

Sam Sunderland: “I’m happy with my riding today but it’s been a tough one and I’m not sure if an issue at the start will cost me some time. My Iritrack wasn’t working and I had to get that fixed before I set off. It meant I was behind a car at the beginning of the stage and the dust from that combined with the fog made things very tricky. After that I just pushed on as best I could to the end. Day eight is ticked off now, but I’m sure there’s plenty more excitement to come.” 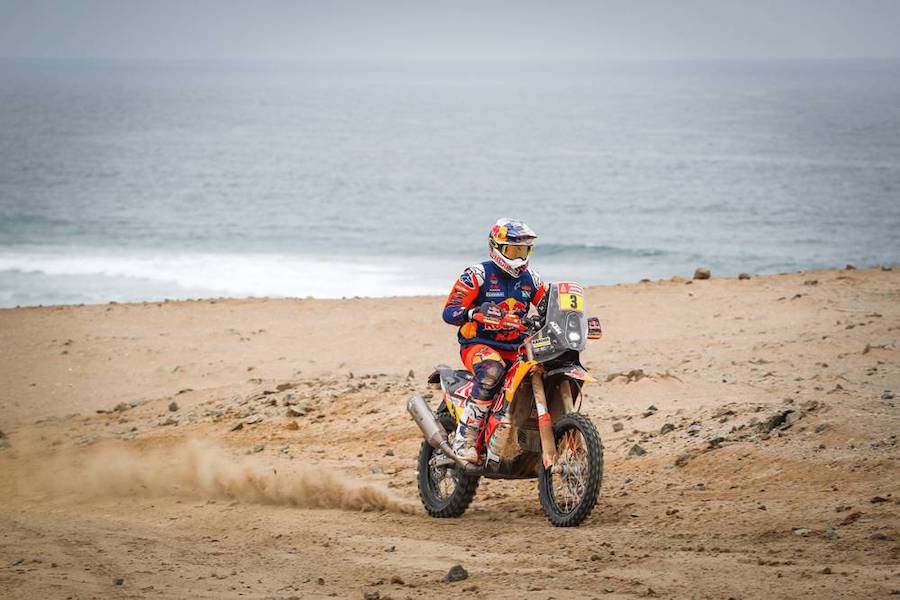 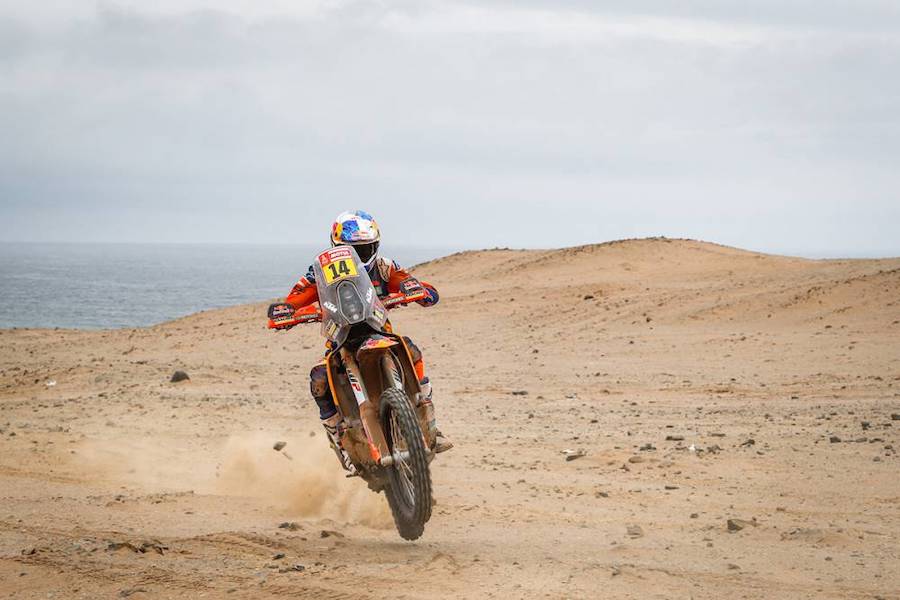 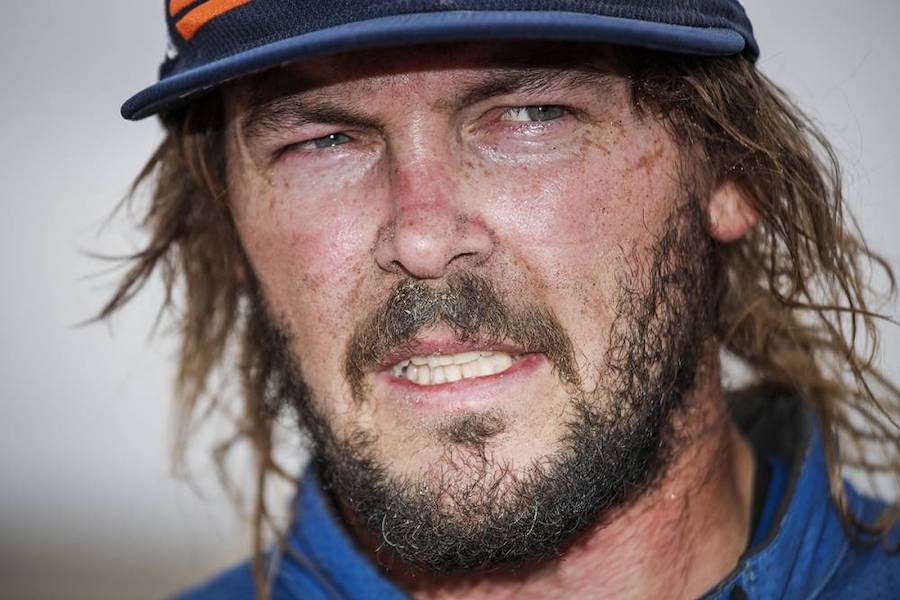 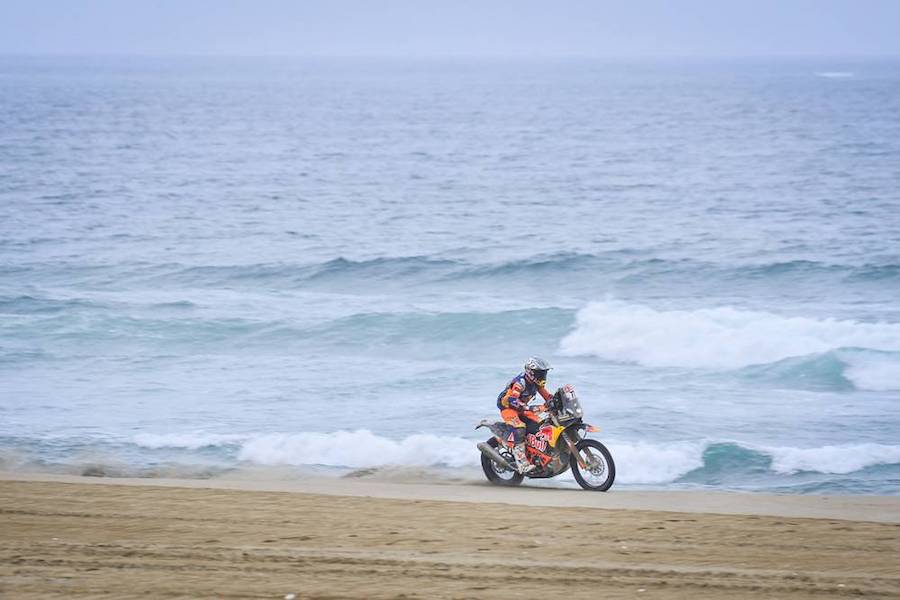