Radars could be seen on a smattering of 2021 BMW, KTM and Ducati models but Kawasaki’s adoption of the same technology on the updated 2022 Ninja H2 SX is significant – largely because the radars can’t be seen.

They’re there, though. While Ducati’s Multistrada V4 S, KTM’s 1290 Adventure S, and BMW’s R1250RT and R1800 can all be had with Bosch radars, either as standard or optionally, in each case the front sensor is clear to see – a high-tech wart on their faces. Kawasaki’s Ninja H2 SX uses the same Bosch kit, but you won’t see it. 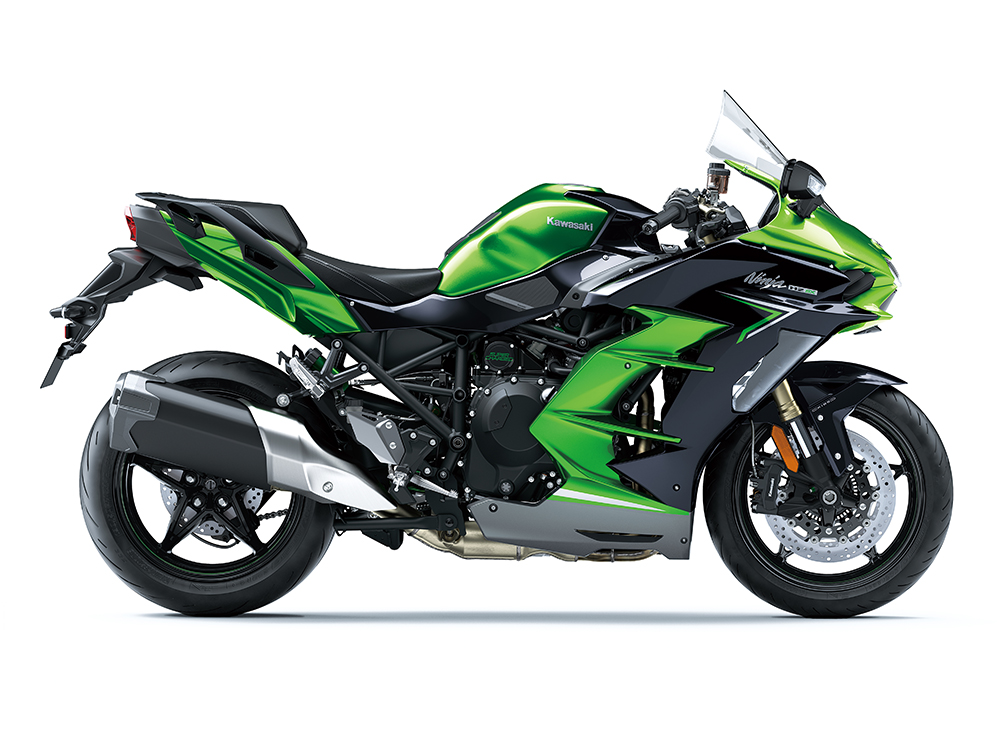 Like the Multistrada V4 S’s optional radar system, and unlike the other manufacturers’ offerings, Kawasaki has adopted the full suite of Bosch radar equipment, including a rear-facing radar to monitor blind spots as well as the forward-facing unit. Again, it’s hidden on the Kawasaki, thanks to the use of thin, radar-invisible bodywork sections over the sensors. 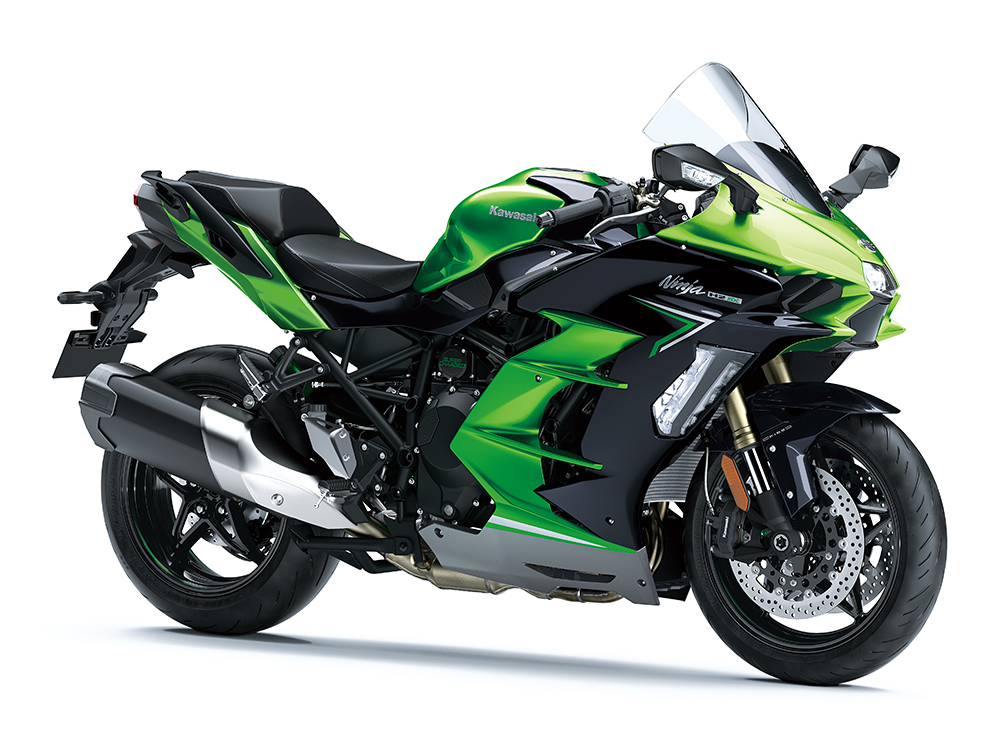 At the front, the 2022 H2 SX has a redesigned nose with a distinctive panel below the new, smaller headlight. That’s where the radar sensor lurks. At the back, the sensor hides inside a newly redesigned licence plate hanger under a radar-invisible plastic cover.

The radar system’s functions are the same as rivals. The front one enables forward collision warning (FCW), with three rider-selectable distance settings and dash-mounted warning lights if another vehicle appears within that buffer zone. Adaptive cruise control (ACC) uses the same idea but ties the distance (again selectable) to the bike’s cruise control and brakes, automatically adjusting your speed to keep pace with the vehicle ahead.

The rear radar system flashes warnings using LEDs mounted in the appropriate mirror if a vehicle encroaches on your blind spot on either side. 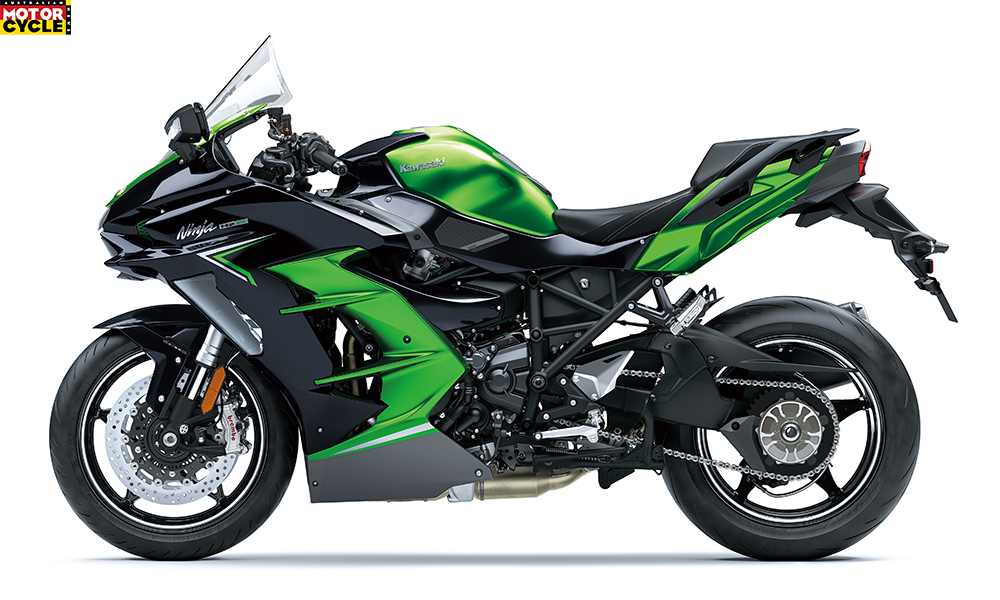 Other than the radar and the restyle needed to adopt it, the Ninja H2 SX is largely the same. Power is from the same 147kW, supercharged four-cylinder engine, and the chassis, suspension and much of the bodywork are unaltered. What is new is a 6.5in TFT dashboard that includes Kawasaki’s new ‘SPIN’ smartphone linking system, offering around 20 apps including navigation, weather, contacts and more.

As in previous years, a higher-spec H2 SX SE is also offered, with Showa ‘Skyhook’ semi-active suspension instead of the passive kit of the base model. However, the normal version of the H2 SX has caught up in other areas thanks to the new dash, and all now include elements like the cornering lighting system. Along with the radar, that pushes prices skywards, with the base model now costing more than the old ‘SE’ version in some markets. 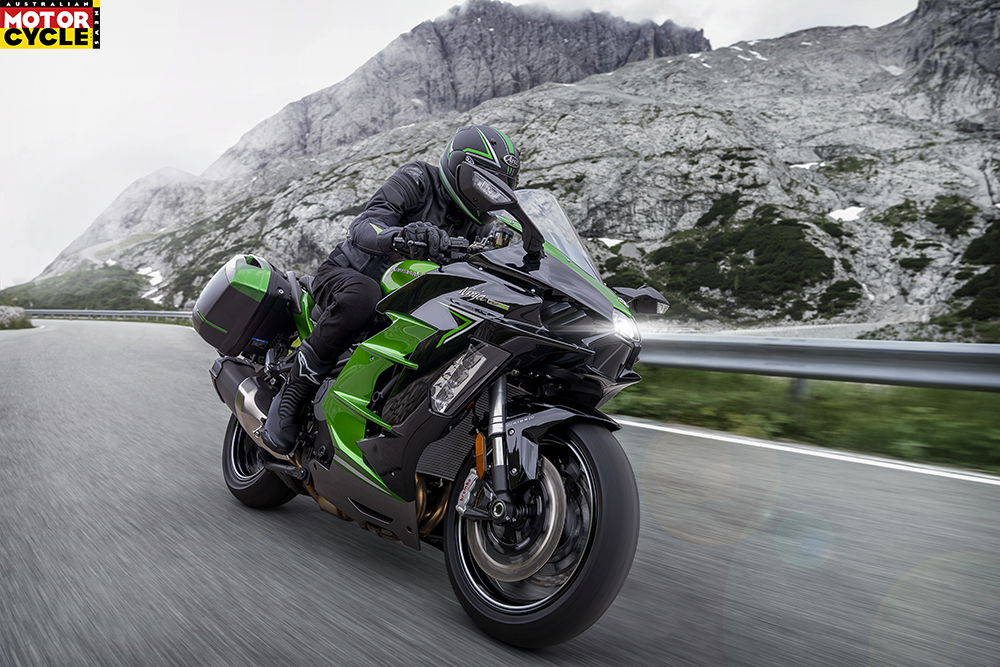