Yamaha has reworked its Bolt cruiser to join the growing scrambler bandwagon.

Yamaha’s transformation from an bobber-like cruiser to retro-styled nakedbike is quite clever, since it involves minimal changes to the bike’s main components. The engine and chassis are pure XV and even the exhaust end can is unchanged, just tilted upwards to add a smidgeon of ground clearance. The appearance of much-increased rear suspension travel is an illusion created by a new, bolt-on subframe that carries a flat seat that’s some 145mm higher than the XV’s. It also bears the new rear mudguard that’s similarly raised, giving clear airspace between the top of the tyre and the fender for that convincing scrambler look.

The unaltered fuel tank is perhaps the least convincing element of the bike, along with a front mudguard that’s also unchanged and sits close to the wheel. Notably, both front and rear mudguards are steel, not plastic.

In terms of performance, the engine is unaltered and that means it makes 38.3kW at 5500rpm, allied to 79.5Nm at just 3000rpm. Weight is a hefty 248kg, although that’s a ready-to-ride wet weight figure.

Revealed as an American-market model for 2017, there’s no news as to whether the bike will also be offered elsewhere, but given the popularity of the genre and the fact it’s based on the globally-certified XV950 Bolt platform, there’s no good reason why it won’t. <Ben Purvis>

Does it stack up?

To put it in context against Ducati’s Scrambler, the Yamaha is down on power to the tune of 17kW (the Ducati makes 55kW) but makes significantly more torque than the Ducati’s 68Nm (the Yamaha makes almost 80Nm). The Yamaha’s figures also peak much lower in the rev range, which needs 8250rpm for its maximum power and 5750rpm for peak torque. In real-world riding, that means the Yamaha mightn’t feel much slower. Its weight, however, will be harder to disguise – the Yamaha is 62kg heavier!

Assuming it will cost around the same as the Bolt, the SCR950 should be able to fractionally undercut the Ducati Scrambler in terms of price, but not by much. 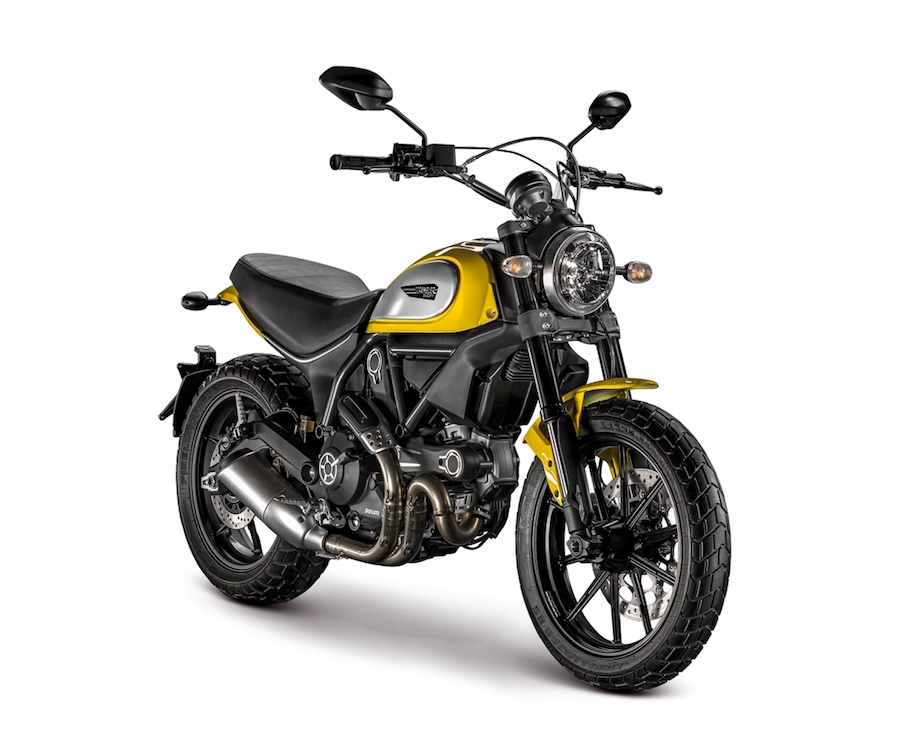 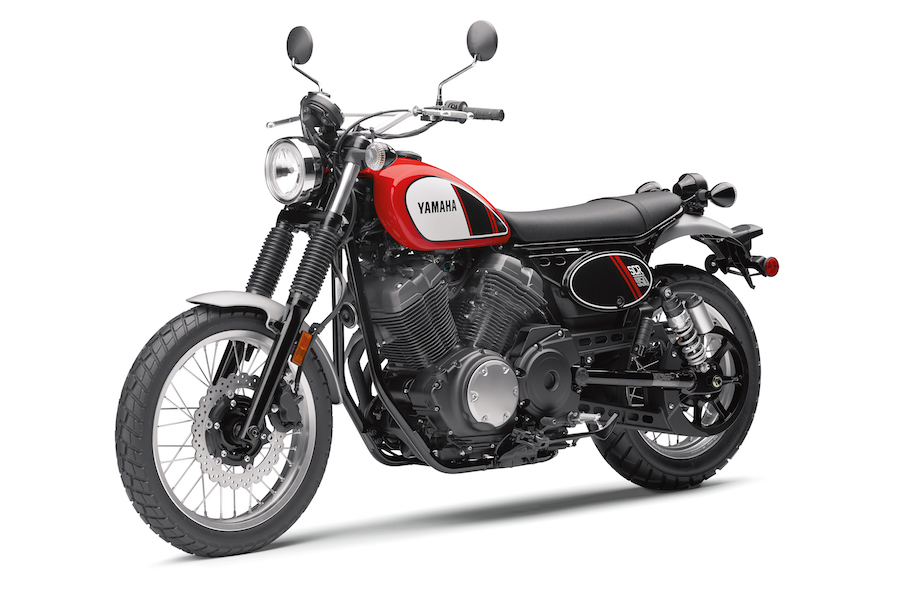