Concept Shmoncept: who are you fooling, BMW?

Don’t be fooled by BMW calling this cool scrambler a concept bike – meet the 2017 R nineT GS. And if you’re a fan of the original R 80 G/S and BMW’s old Marlboro-sponsored Paris-Dakar racers, you’re probably feeling pangs of desire. Despite being a modern design, it hits all the right notes to bring back memories of that 1980s era of monstrous rallye-raid bikes which sparked the whole big trailie scene so dominant today.

Officially, the bike has the ungainly title of BMW Motorrad Concept Lac Rose – the name refers to the final stage of the original Dakar route, so-called thanks to the rose-coloured Retba salt lake where the race ended. While BMW can’t mention cigarette advertising these days, there’s no question the paintwork mimics the Marlboro-backed bike of Gaston Rahier, who won the Dakar in 1985. It was BMW’s third victory, and the Lac Rose concept carries Rahier’s 101 race number in tribute.

The concept – likenext year’s production bike – is based on the scrambler version of the R nineT. Changes are cosmetic, with a new headlight fairing mimicking the racer, a high front mudguard – the genesis of the now-famous GS beak – and a huge fuel tank with the distinctive GS shape. The short, single seat is a copy of the old racebikes, as is the luggage rack. New cam covers hark back to the past, copying the finned design of the R 80 G/S valve covers. They’re unlikely to reach the production version, though. Nor is the Marlboro-inspired paint – a BMW Motorsports-based white, red, blue and purple – as used on the original R 80 G/S Paris-Dakar production bike – is far more likely. 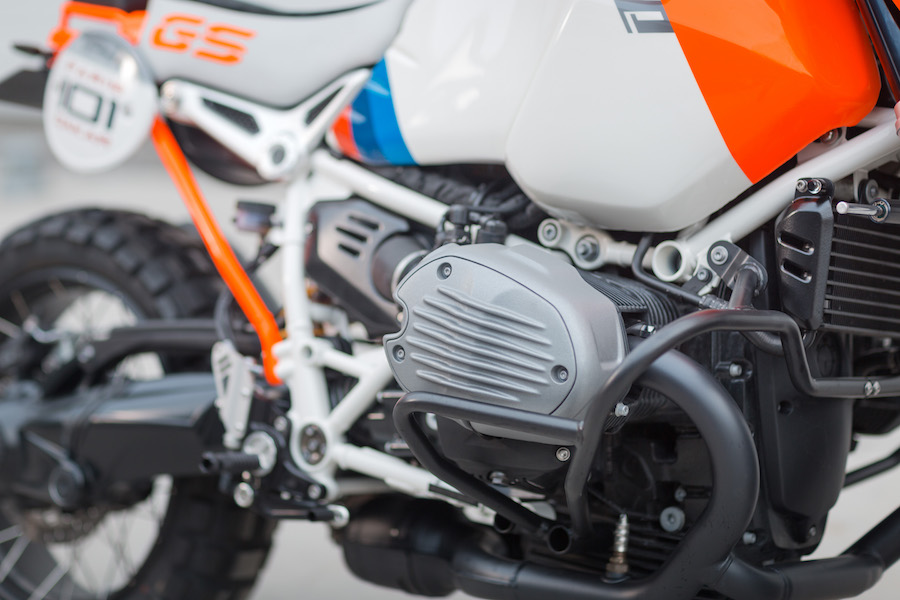 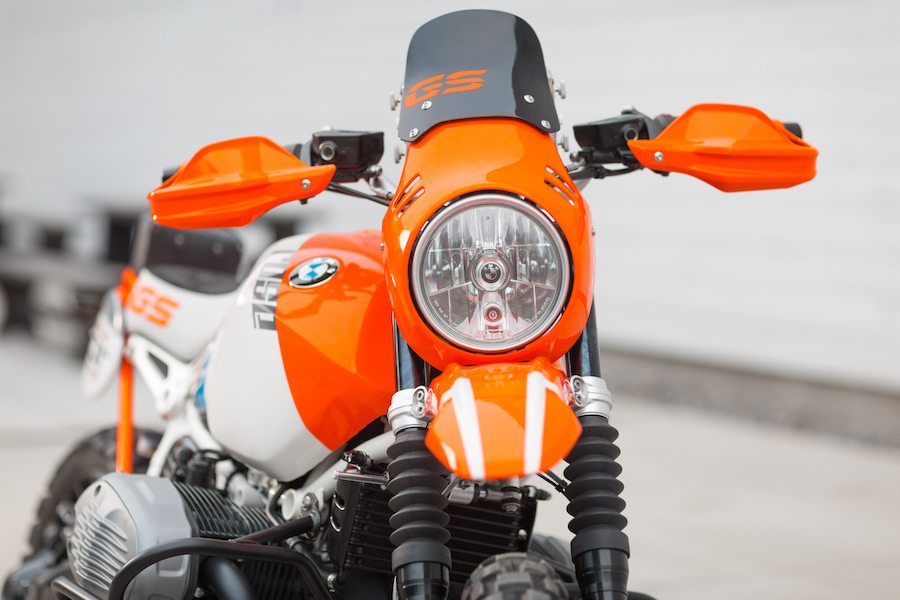 BMW also has plans to make a part-faired sports version of the RnineT, probably carrying the RS name in tribute to the R90RS. The half-faired bike has actually been seen in concept form already, in the form of the Roland Sands-designed Concept 90 that appeared in 2013.

The firm is expected to launch the retro RS model alongside the GS version towards the end of this year, doubling the size of the current R nineT line.

Yet another new retro machine has also been hinted at by the recent R5 concept. While that machine was based on a 1930s R5 engine with a supercharger, its bobber styling may well be adopted by a fifth model in the R nineT line as BMW creates a complete heritage range. The BMW Concept Ninety. In partnership with the custom bike company Roland Sands Design, the BMW Motorrad design team has come up with an exclusive homage to the BMW R 90 S.