When Yamaha showed the Ténéré 700 Raid Prototype at last year’s EICMA show in Milan there was never much doubt that a production version was in the pipeline. Now newly published patent images show what that showroom model will look like and give us the first clear view of the Raid’s updated bodywork and fuel tank.

Yamaha’s official press information about the Raid Prototype put the focus on bolt-on components like its uprated suspension and Akrapovic exhaust, but the real news was its completely revamped bodywork, which centred on a vast new fuel tank. In production form, the aftermarket components of the Raid Prototype are gone, leaving largely unchanged running gear from the standard Ténéré 700, while the new bodywork – seen here without the distraction-camo paintwork of the EICMA prototype – is refined into a more sales-ready form. 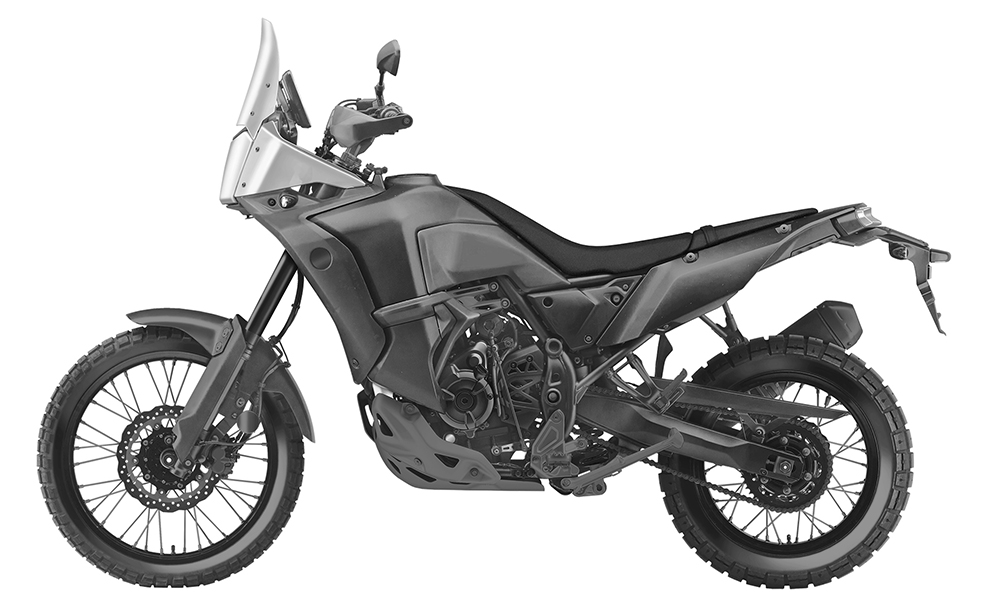 The fuel tank is the central reason for the changes. While the stock Ténéré 700 has a 16-litre tank, the Raid model’s is significantly larger – almost certainly north of 20 litres. The patent images, particularly the head-on, tail-on and overhead shots, clearly show that the Raid’s tank is enormously wide, much like the units of the rallye-raid models of the 1980s and 90s that it aims to mimic. Twin side-by-side fillers on top are probably not strictly necessary, but they reinforce the race-inspired look. 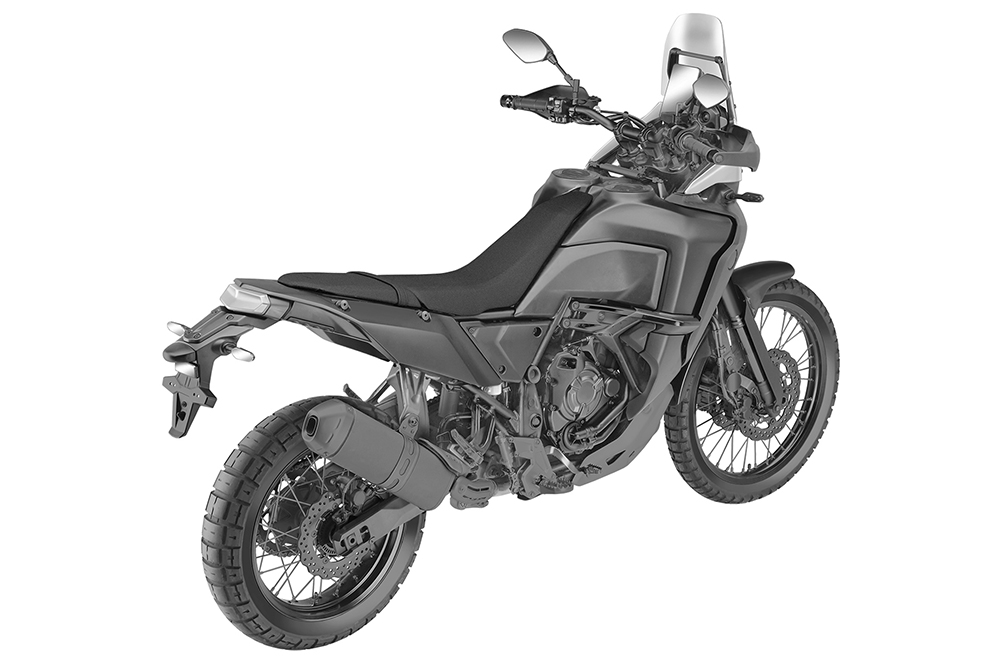 The wider tank means all the side bodywork is also new, as is the nose, which sees the standard Ténéré headlight flanked by new side-mounted air deflectors and sitting below a taller screen. The belly is now largely covered by a completely new bash plate, much more production-style than the design used on the Raid Prototype, and there are crash protectors built into the new body’s side panels. 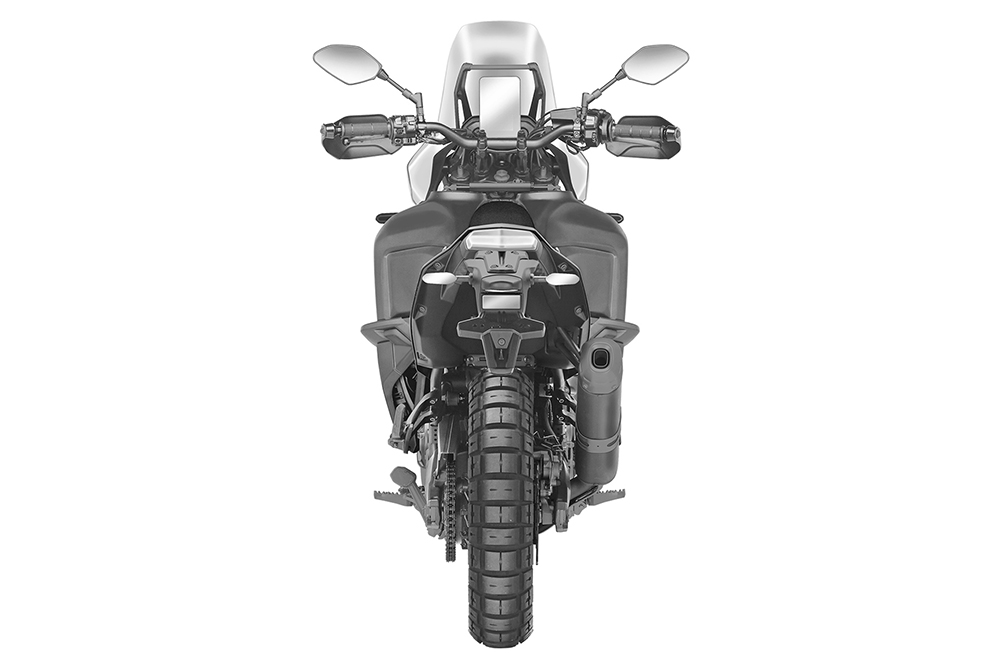 On board, the bars look similar to the standard ones, but the seat is new. It appears a little higher than the normal Ténéré’s and certainly runs much further forward up the back of the tank, giving more options when it comes to the riding position. Wider, serrated footpegs are also evident, adding to the off-road look. The rider’s view is dominated by what appears to be a new TFT dash, mounted in portrait orientation. 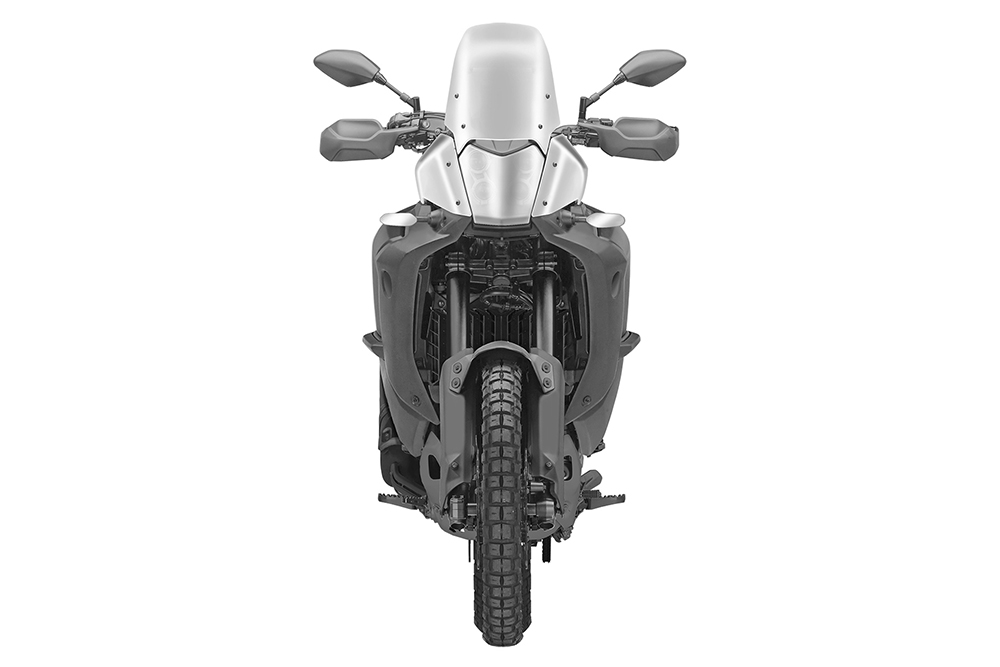 The production Raid doesn’t have the uprated suspension of the prototype, but the images show more off-road-oriented tyres on the standard wheels. The high-rise front mudguard of the EICMA show bike is also gone, leaving the standard, low-level one in its place. 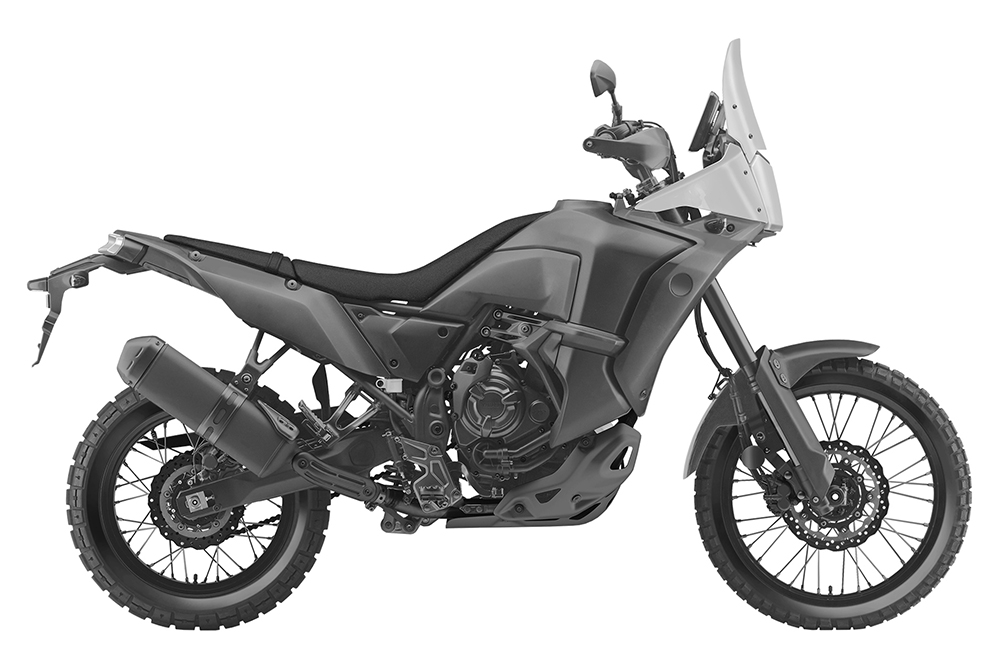 The bike’s larger tank, tougher looks and taller screen make it a Ténéré equivalent to machines like BMW’s R1250 Adventure or Honda’s Africa Twin Adventure Sport, both off-road-oriented versions of the more subdued base models. Like those, it’s sure to be more expensive than the standard Ténéré, although its smaller engine positions it in a different market segment where there are relatively few direct rivals. Aprilia’s new Tuareg 660 is the most obvious competition, as well as some of Triumph’s smaller Tigers. The widely expected Honda Transalp reboot, being developed around the same parallel-twin engine destined for the upcoming new Hornet, is likely to be the most direct competitor, but it’s probably still at least a couple of years from production. Meanwhile, the Ténéré Raid is expected to be officially launched relatively soon, and is likely to be available in dealers before the end of this year. 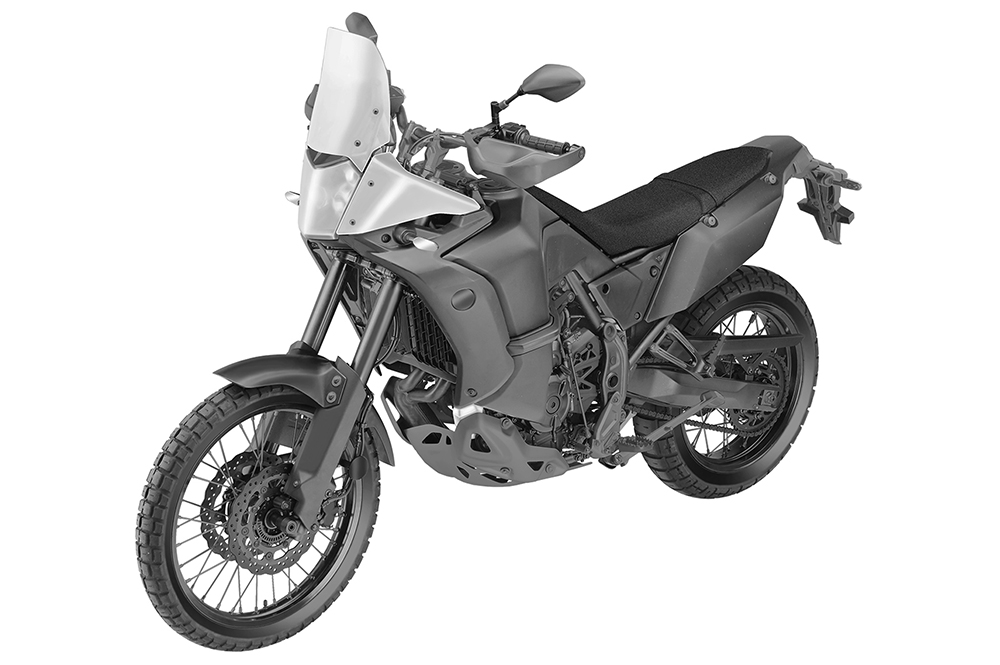