Harley-Davidson might have been very open about future plans in its recent announcement but there are some future models it didn’t mention. Let’s peek inside the Milwaukee design studio

This new 2019 bike is dubbed the FXDR 114. An addition to the existing big V-twin range, it’s the sportiest Harley since the demise of the V-Rod. An 1870cc (114ci) version of the Milwaukee-Eight engine is wrapped in laidback but sporty naked styling.

The bike’s FXDR name (its model designation is actually FXDRS) hints it has a new chassis. The ‘D’ traditionally refers to Harley’s now-discontinued Dyna frame design. So it’s possible Harley is bringing back a twin-shock Dyna chassis for the FXDR.

A brief glimpse of the bike in a video announcing Harley’s future plans shows rear bodywork reminiscent of the old V-Rod Muscle. The front end incorporates a small headlight and wind-deflector. An onboard shot reveals a minimalist all-digital display and swan-neck aluminium clip-on handlebars. Here are two more machines joining H-D’s range of water-cooled middleweight bikes. They will use versions of the new 975cc-1250cc, DOHC engine that will debut in the 2020 Pan America adventure tourer.

The VR1000 never set the racing world on fire but its unique DOHC water-cooled eight-valve engine made an impressive 135hp back in 1994. The new Harley engine will share a similar modern design and engine layout, and should be more powerful, particularly in 1250cc form.

The flat track-style roadbike also uses the new DOHC water-cooled twin, but this time based on the traditional styling of a 1970s legend. 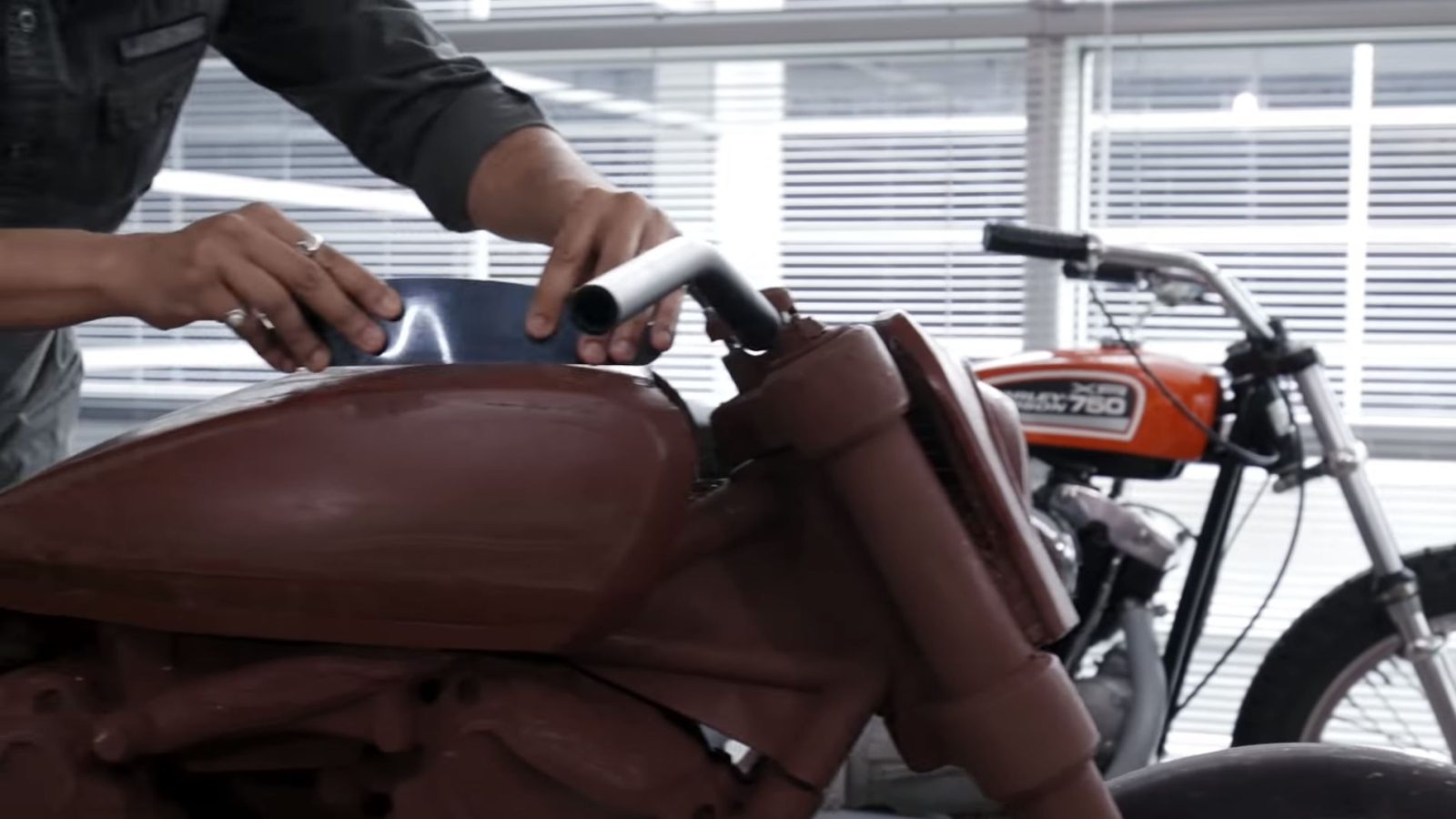 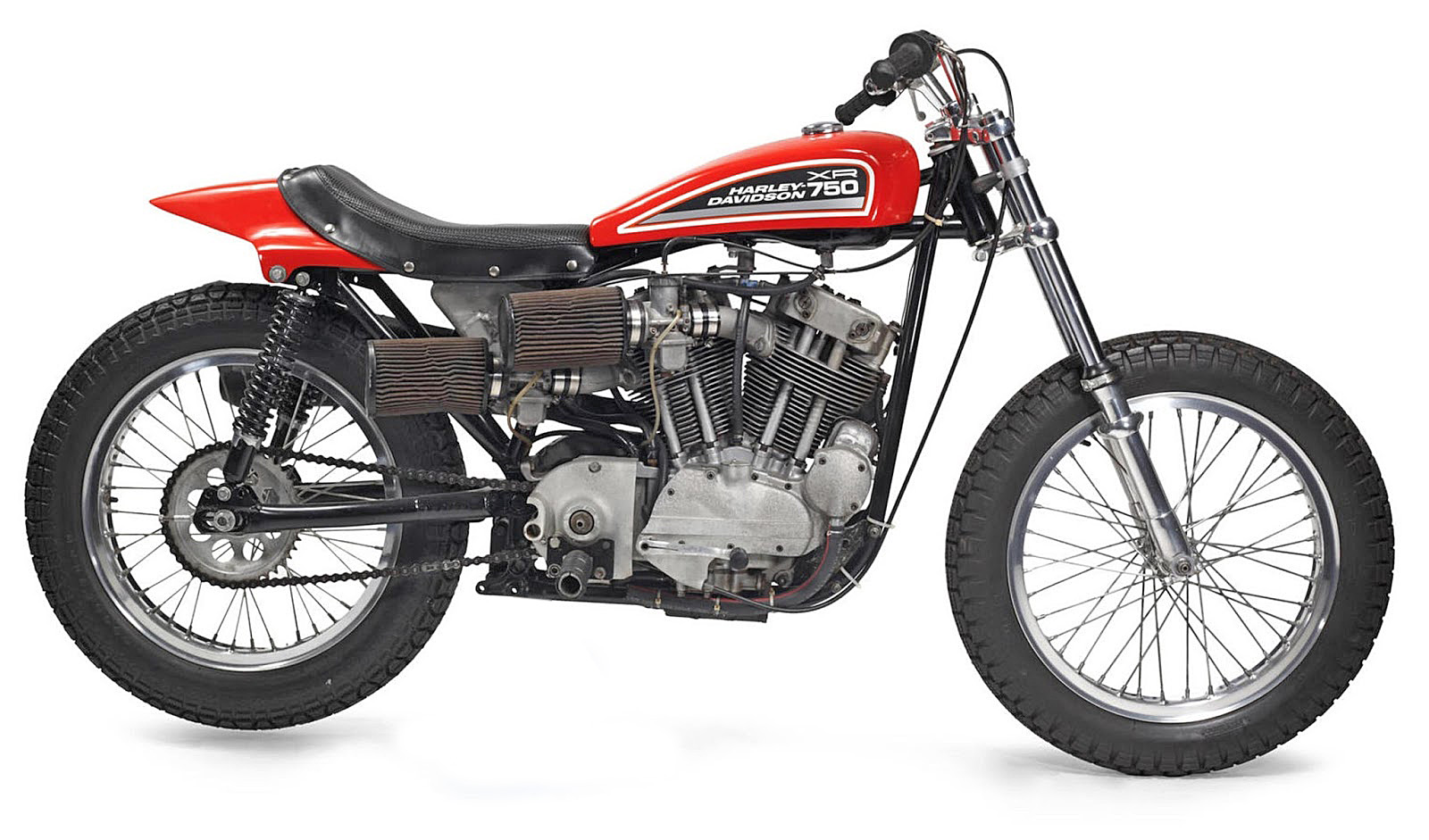 H-D’s bikes of the future

The first of a modern range using DOHC water-cooled V-twin engines from 500cc to 1250cc will debut in 2020 with the Pan America. The adventurer-tourer will have 975cc and 1250cc versions using an aluminium frame and swingarm, upside-down fork and radial-mounted Brembo brakes Using the same engines as the Pan America, a range of naked streetfighters will arrive starting in 2020. Harley has trademarked the names Bronx and 48X recently and promises to launch nine models in this new streetfighter/standard range before 2022, with capacities ranging from 500cc to 1250cc. Simultaneously, in 2021 and 2022, H-D will reveal a range of five new customs using the same 500cc-1250cc engines. A prototype reveals more than a hint of flat-tracker in the low-slung styling and stacked high-level exhausts. So it’s a Harley retro without the ‘potato-potato’ soundtrack. The much praised LiveWire electric concept reaches production next year with the styling virtually untouched. Two more electric bikes are promised for 2021 and 2022, with “accessible power and price points” plus three “lightweight urban” electric bikes to rival scooters and electric bicycles.