THE HINTON & MORRISON SHOW | They did what?

Tales of a couple of quick and laid-back Aussies

It’s late July 1949 in a still-rebuilding Europe and the Continental Circus has come to Gedinne in the south of Belgium, providing welcome entertainment.

The third instalment of Circuit de Gedinne will be different. Australia’s Harry Hinton Snr and George Morrison have joined the tour, after competing at the Isle of Man on ‘Garden Gate’ frame Manx Norton 350s and 500s.

It’s not a young crew. Morrison is 37 and Hinton 38 and, like travelling mate Eric McPherson, all raced pre-War in Australia. Transport is a truck for the two Norton riders, while Eric and Ruby McPherson ride two-up on an AJS sidecar, carrying Eric’s AJS on the platform.

The 1949 TT was the first round of the newly minted world motorcycle championships and Hinton finished ninth in the 500 TT. During July, they’ve raced in the Dutch TT and Belgian Grand Prix, with Hinton eighth in the Assen 500 race and Morrison eighth on his 500 at Spa-Francorchamps. McPherson finished fifth in the 350 class at those events, becoming the first Australian to score world championship points.

As competitors from the other side of the world and with those results, they had strong start-money bargaining power with race promoters – hundreds of pounds at some meetings. But Morrison had a plan to make more prizemoney.

According to Morrison, spectators at the Isle of Man already thought they were a tad crazy. Other riders pussy-footed over the first-gear jump at Ballaugh Bridge and through the right-hand corner that follows. Harry and George took the jump with a rush, sending both wheels well off the ground, and almost brushed the wall with their handlebars as they took the right-hander.

“I told Harry that if they played smart, we could both collect first prizemoney by crossing the line together.”

This was no cakewalk. They had to keep their sometimes fragile machines going and beat Belgian’s top rider Auguste Goffin, but they crossed the line together after averaging 125.31km/h.

But the prizemoney idea didn’t quite work.

“The race organiser said we had to share the money allocated for first and second” Morrison said.

“We still had a lot of fun, and the result gave us good drawing power and good appearance money, because the newspapers all had stories about the two Australians who were as mad as each other.” 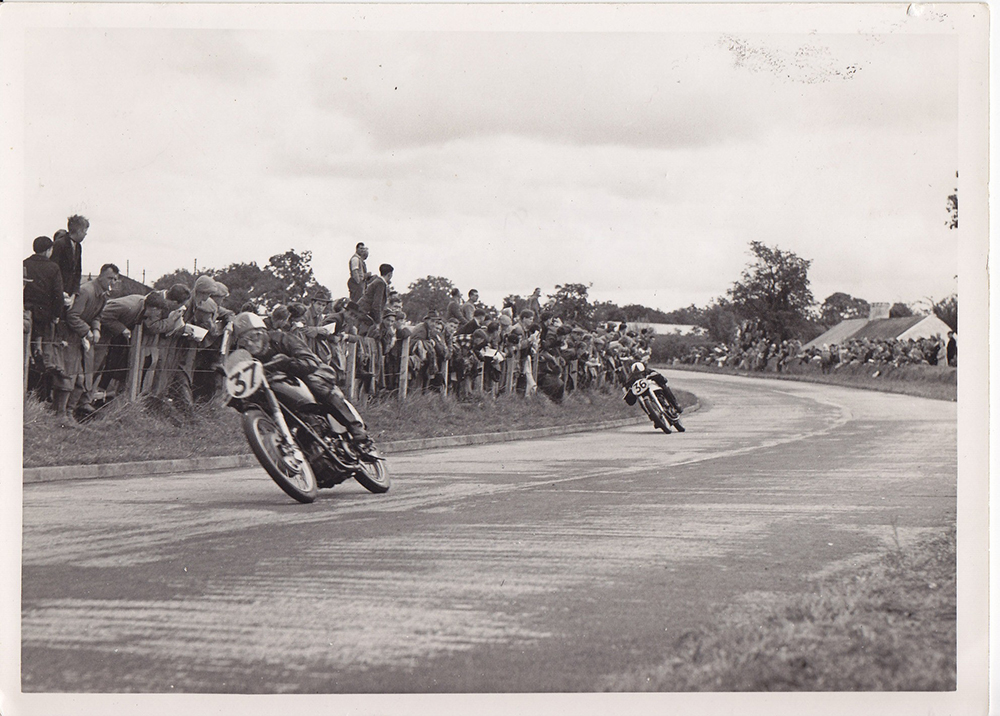 In his senior years, George Morrison delighted in telling the story of his Isle of Man race debut in the 1949 350 TT, and how he scattered spectators.

“Halfway around the Isle of Man course there’s a village called Kirkmichael. The corner coming into the town is a long, sweeping bend, which we could take at about 90mph. On the outside of the corner was a footpath, about three feet wide and then a low stone wall. During the races people would sit along the wall.

“British roads have low-melting point tar, so it won’t crack during the winter. The temperature that day was up around 90 on the old scale (30ºC), and so unbeknownst to me, the tar started to melt.

“The first time through Kirkmichael, my bike started to creep across the road. I couldn’t work out why. The next thing the bike hit the gutter on the outside of the corner and bounced up onto the footpath. Fortunately the footpath was concrete, so I had some grip – I didn’t back off! There were about 40 spectators sitting along the top of the wall, with their legs dangling in front.

“When I took off down the footpath, the blokes and ladies just flopped backwards over the wall to miss my handlebars. There were legs and all colours of bloomers everywhere. I rode the footpath until I was lined up for the next corner, then aimed back into the middle of the road and waved back to say thanks for getting their legs out of the way.

“The Poms thought I was Superman to do that and not back off!” 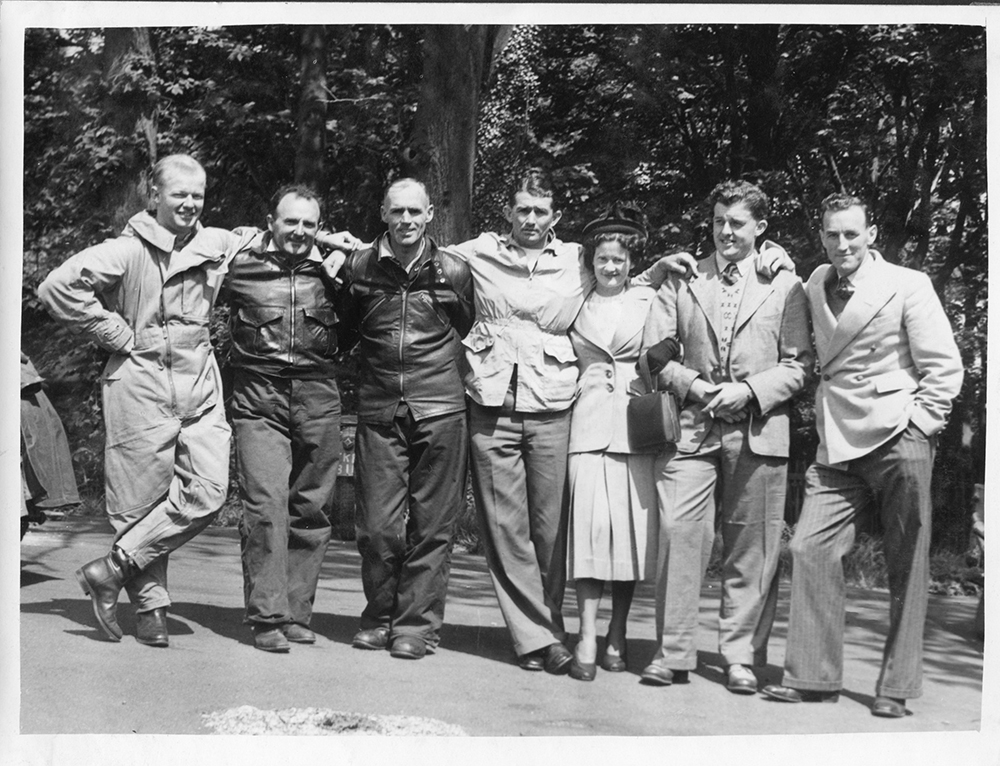