THE KILLER ‘DROME | They did what?

It wasn’t that Maroubra lacked the same resonance as Brooklands, Indianapolis or Monza. More that the sand hills of La Perouse were at the end of the tram line that travelled right past the popular speedways at Sydney Sportsground and the Sydney Showground. Yet, out west, the new Speedway at Penrith had proved an instant success, so why not Maroubra?

Conceived in 1923 as a suitable venue for prestige competition marques such as Delage, Bugatti, Lancia, Alvis and Alfa Romeo the new, fully paved Olympia Motor Speedway would include provision for cricket, hockey, polo, Lacrosse and tennis – plus a swimming pool and a nine-hole golf course. Constructed at a cost not far short of a quarter million pounds, the circuit itself – proposed as a one-mile fully banked circular track – finished as a 7/10 mile (1.14km) oval down on the apron, and maybe 1.3km in circumference up high on the banking. At its centre was small reedy lake; a water hazard in the planned golf course.

Promoted as a venue for automobile racing, the first meeting on December 5, 1925 drew a contingent of 45 autos – the largest ever assemblage of racing cars in Australia’s short competition history. But what completely surprised the promoters was the number of motorcycle entrants, 58 in all. And all with regulation helmets, boots and leathers – provided the scrutineers didn’t look too closely.

Depending on the source of information, somewhere between 30,000 and 70,000 spectators turned up, including a big crowd on Scotsman’s Hill, a large sand dune overlooking the speedbowl. This free spectating facility was a repetitive problem for those that had sunk their money into the venue.

From the beginning it was the motorcycle racers who provided the closest racing and, much to the chagrin of the drivers, the fastest times were recorded by the champion riders, who appeared immediately at home on the banked oval; becoming almost horizontal on the top line of the banking. The stars of that inaugural meeting proved to be the Indian V-twins of Cec Brown and Spencer Stratton, both of whom lapped constantly above 90mph, almost 10mph faster than the quickest automobiles. 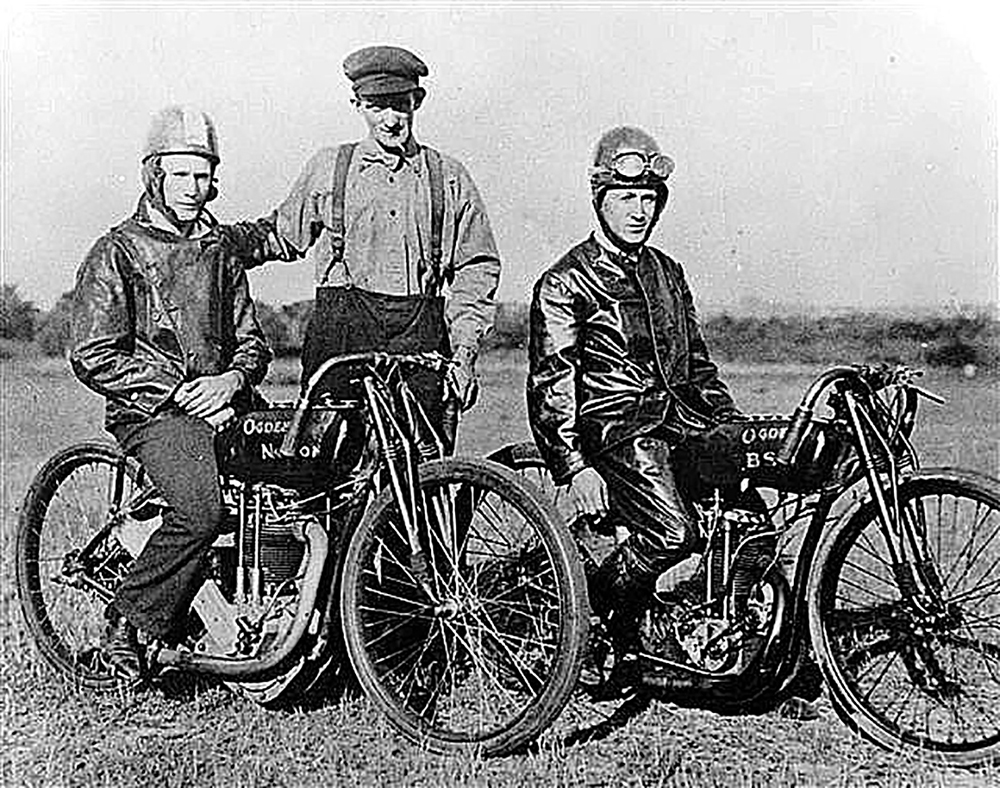 The highlight of the meeting was the 10 Miles Golden Helmet Event, where Stratton set an average of 91.8mph (148km/h) but lost the final to Brown, whose Indian was the latest, and now legendary, Altoona model. This machine rewarded Cec with the first Golden Helmet, a solid nine-carat gold headpiece weighing 1.4kg valued at several hundred pounds, which was his to have and to hold as long as he successfully defended his title at least once a month.

Brown managed to do this over several months, on each occasion trousering 30 pounds prizemoney at a time when the weekly wage was less than a fiver. But despite his speed and the special Indian powerplant, it was Harry Peel who became the first to break the ton with a lap of 103.1mph on his 500cc New Imperial in early 1926, a mark which Brown immediately vowed to better. And eventually, he did so.

However the Olympia Speedway was declared bankrupt barely five months after its auspicious opening. With so few competitive autos the scratch events were a foregone conclusion and even though the handicappers eventually managed some close finishes, the small fields never produced the atmosphere of the smaller arenas closer to the city.

And, despite more than 170 motorcyclists competing at Olympia during 1925-26, they could not generate enough spectator revenue to make the venue viable.

After the deaths of popular racers ‘Phil’ Garlick and Sid Dutton – the latter who’d survived the Great War in the Air Corps fighting Fokkers over France, only to die when his Zenith went skywards at Maroubra – the media dubbed Maroubra the ‘Killer Track’. This immediately dispelled the notion of a fun family outing of a night at the speedway.

A year or two later the Great Depression really hit home and, while there were many many attempts to revive Olympia’s fortunes during the 1930s, racing around a superbowl never really captured the public’s attention beyond the initial burst of enthusiasm. 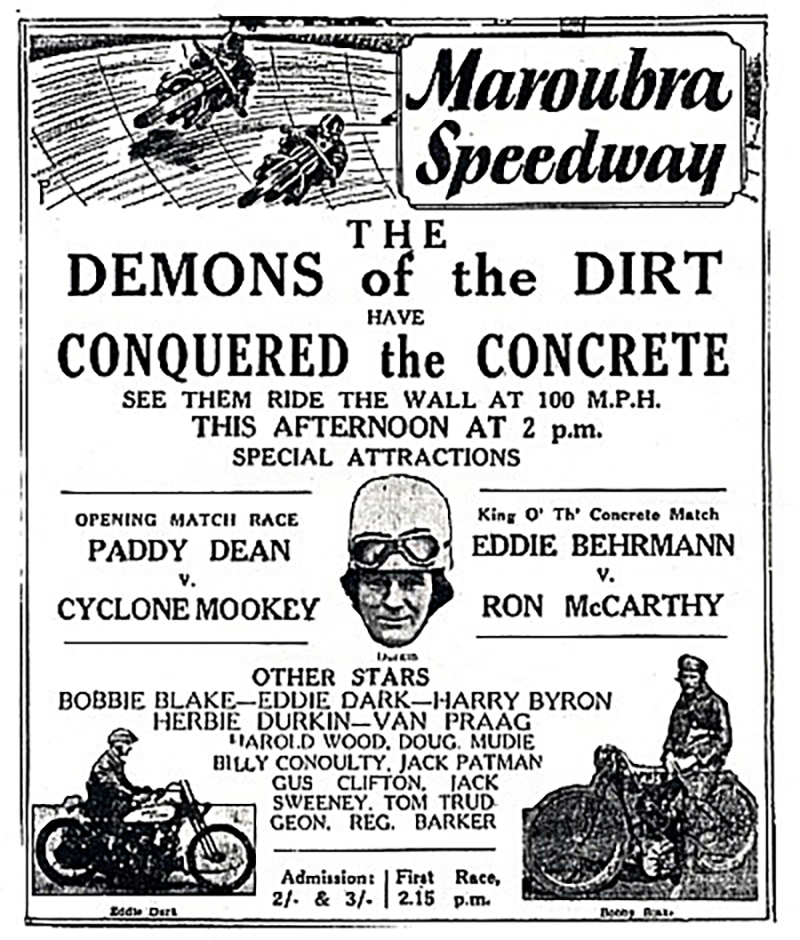