Bending WorldSBK’s rulebook used to be the domain of Ducati with its various homologation specials, which bore only a visual resemblance to its road-going siblings. Extra capacity, high-spec engine internals, even a different bore and stroke was all fair game for the Bologna manufacturer in order to secure that top step. And now Kawasaki have got in on the rule-bending act with its new ZX-10R

The highlights of 2019 Kawasaki Ninja ZX-10RR

1. The RR features titanium Pankl conrods that are 102g lighter than the units used in the ZX-10R and SE. Overall, this reduced weight of rods (by 408g) gives the crank a five per cent decrease in inertia, resulting in a sharpening of the throttle response as it allows the motor to pick up revs faster. It also means that Kawasaki can now run titanium conrods in both WorldSBK and superstock racing… 2. All three ZX-10R models gain a finger-follower valve train, however only the RR gets a 600rpm boost to its redline. According to Kawasaki, this new cylinder head reduces the weight of the moving parts by 20 per cent, improving reliability and precision of the valve timing, so more aggressive profile cams can be used. The head has been redesigned on all models to give enough clearance for high-lift race cams to be fitted. A red cam cover denotes the new motor on all 2019 ZX-10R models. 3. According the Kawasaki the RR’s electronics have been optimised to match the new faster-revving motor. Essentially the quickshifter’s timing has been tweaked for a faster shift, and the fuel maps and all the electronic assists’ programming altered slightly to suit the new motor’s characteristics. The cornering ABS has also had its algorithms modified. It’s only ones and zeros, with no physical changes to the hardware. The stock ZX-10R also has a bi-directional quickshifter as standard for 2019. 4. The ZX-10RR runs the same chassis and Showa suspension as the previous generation. However the forks’ OE damping settings have been revised and the shock has altered valving inside. The electronic Öhlins steering damper’s programming has also been tweaked to specifically suit track use. 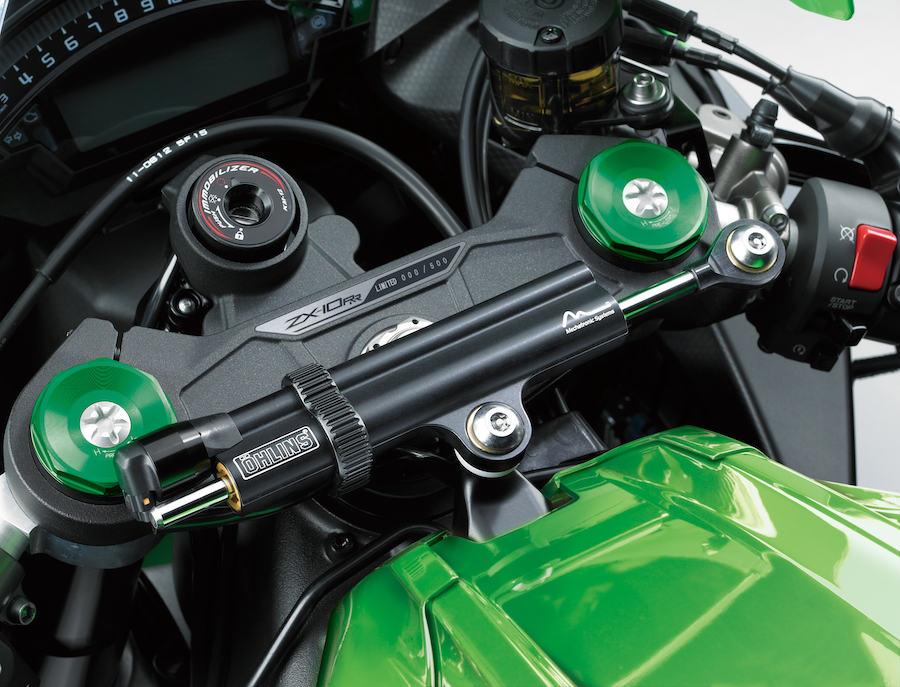 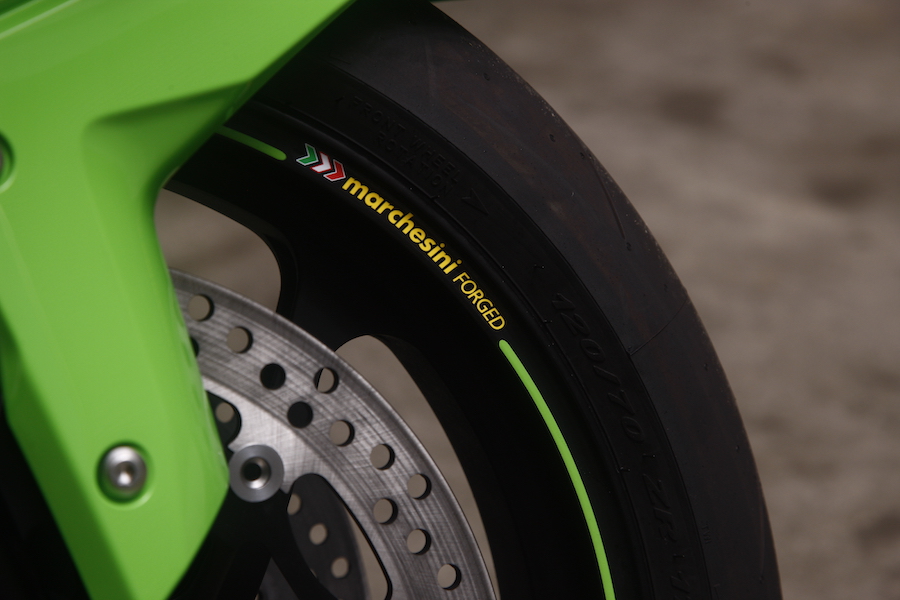 Know your buckets from your rockers

A bucket and shim design required a heavy ‘bucket’ to sit on top of the valve, which then moves up and down with the valve’s action. In addition, the bucket has a bit of float in it, due to the fact it is designed to rotate when the cam strikes it to reduce wear. So, as well as the weight travelling up and down, the bucket is spinning around, all of which creates power-sapping drag within the head – and with 16 valves, this small amount soon adds up.

A finger-follower system does without the bucket, as the rocker arms directly strike a shim on top of the valves. This style of follower is lighter than a bucket system, which allows the bike to rev higher with less chance of mechanical failure, and is more accurate to set up and also more compact. In addition, its accuracy means you can run very aggressive cam profiles, which is good news for racers.

It’s more expensive to mass-produce a finger-follower head, as the rockers are a complicated shape and the head itself has to be designed to accommodate the rockers’ location shaft. But the power benefits outweigh the costs on a high performance sportsbike such as the Ninja ZX-10R.