New European type-approval documents have confirmed that Honda will soon launch the NT1100 – an Africa Twin based sports tourer that effectively steps into the shoes of the old VFR800X Crossrunner.

Despite a completely different engine configuration and capacity, the NT1100’s specs show that it’s a logical successor to the old V4 model, with near identical dimensions, power and weight.

The Crossrunner and the VFR800 it’s based on have both fallen foul of the latest Euro5 emissions rules, leaving the firm with a hole in its sports-touring range. Since the Africa Twin’s compact 1084cc parallel twin matches the VFR’s much more complex engine on power at 75kW, while offering a healthy increase in torque, reduced manufacturing costs and simpler packaging, it’s a logical replacement.

The type-approval documents list the NT1100 in two forms; the NT1100A with a manual six-speed transmission and the NT1100D with Honda’s DCT semi-auto gearbox, mimicking the Africa Twin and Rebel 1100 ranges that use the same engine. In terms of size, the NT1100A is a close match to the Crossrunner, with a width of 860mm and an identical 1360mm height, while it’s around 50mm longer at 2240mm, with a 1535mm wheelbase. Weight, at 238kg wet, is 4kg lighter than either the Crossrunner or the VFR800.

The NT1100D, with its more complex transmission, is 10kg heavier than the A version, at 248kg wet, and appears to use a taller windscreen, since its height is approved at 1525mm.

While the approvals don’t include images of the bike, they do show Honda’s internal designation for the NT1100 as ‘SC84’. That’s in line with the company’s normal naming policy and confirms that it’s a street-oriented bike. The ‘C’ means it’s a road bike; it would be a ‘D’ if it was an off-road model (the Africa Twin is the SD08, while the Rebel 1100 is SC83). The ‘S’ means it’s over 900cc and the number simply reflects the number of ‘SC’ (over 900cc, street-oriented) projects that Honda has undertaken over the years.

With type-approval achieved in Europe, the bike’s launch is sure to be imminent, and while we’ve yet to see any photos of the NT1100, Japanese magazine Auto-By – usually reliable on Honda news – has mocked-up a potential design, saying that the nose will have styling that’s reminiscent of the X-ADV scooter. 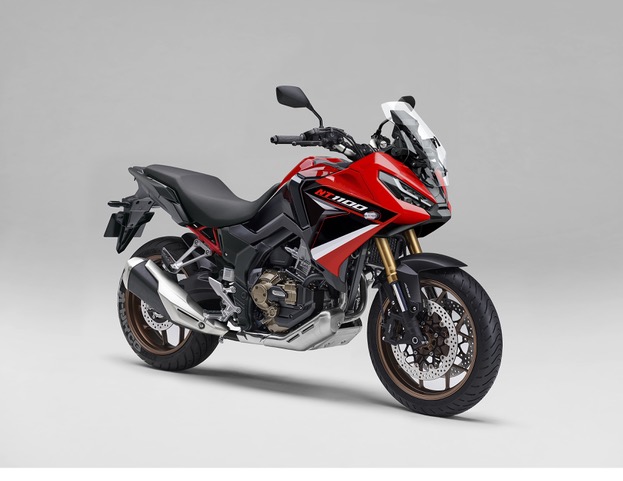