Benelli’s TRK502 might not be the latest machine in the firm’s line-up but it’s been setting sales charts alight in its Italian homeland this year – taking the number one spot from its usual incumbent, BMW’s R1250GS, for the first time since its launch.

If the 500cc twin can achieve that, imagine what a higher-powered 700cc version might manage if given a similarly attractive price? We might not have to wait long to find out, as Benelli’s Chinese sister brand, QJMotor is about to launch its SRT 700 adventure model. 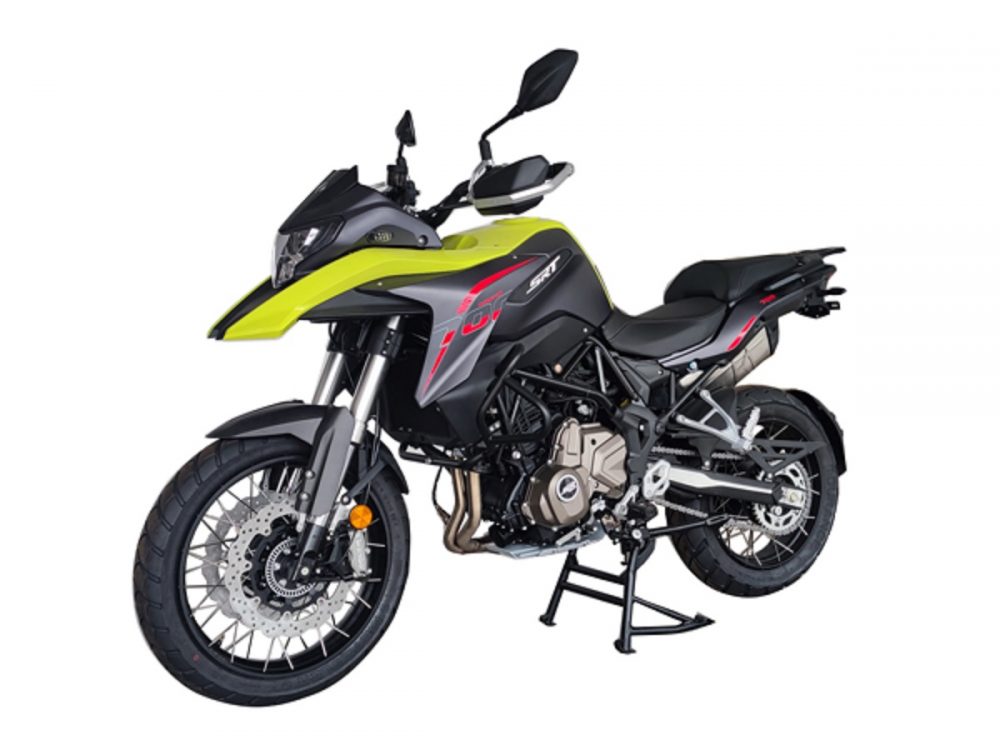 Revealed in type-approval documents, the QJMotor SRT 700 is an intriguing and slightly confusing machine. Visually, it’s near identical to the firm’s SRT 500, itself a restyle version of the Benelli TRK502. The bodywork appears to be the same, as do the forks, brakes and swingarm. However, the engine isn’t simply a bored-out version of the existing 500cc engine, but a new 693cc parallel twin that appears to owe more than a little of its design to the CFMoto 700 CL-X engine, including that 693cc capacity. However, the paperwork shows it’s built in-house by Qianjiang (QJMotor and Benelli’s parent company), and there appear to be only mild modifications to the trellis frame to make it fit. 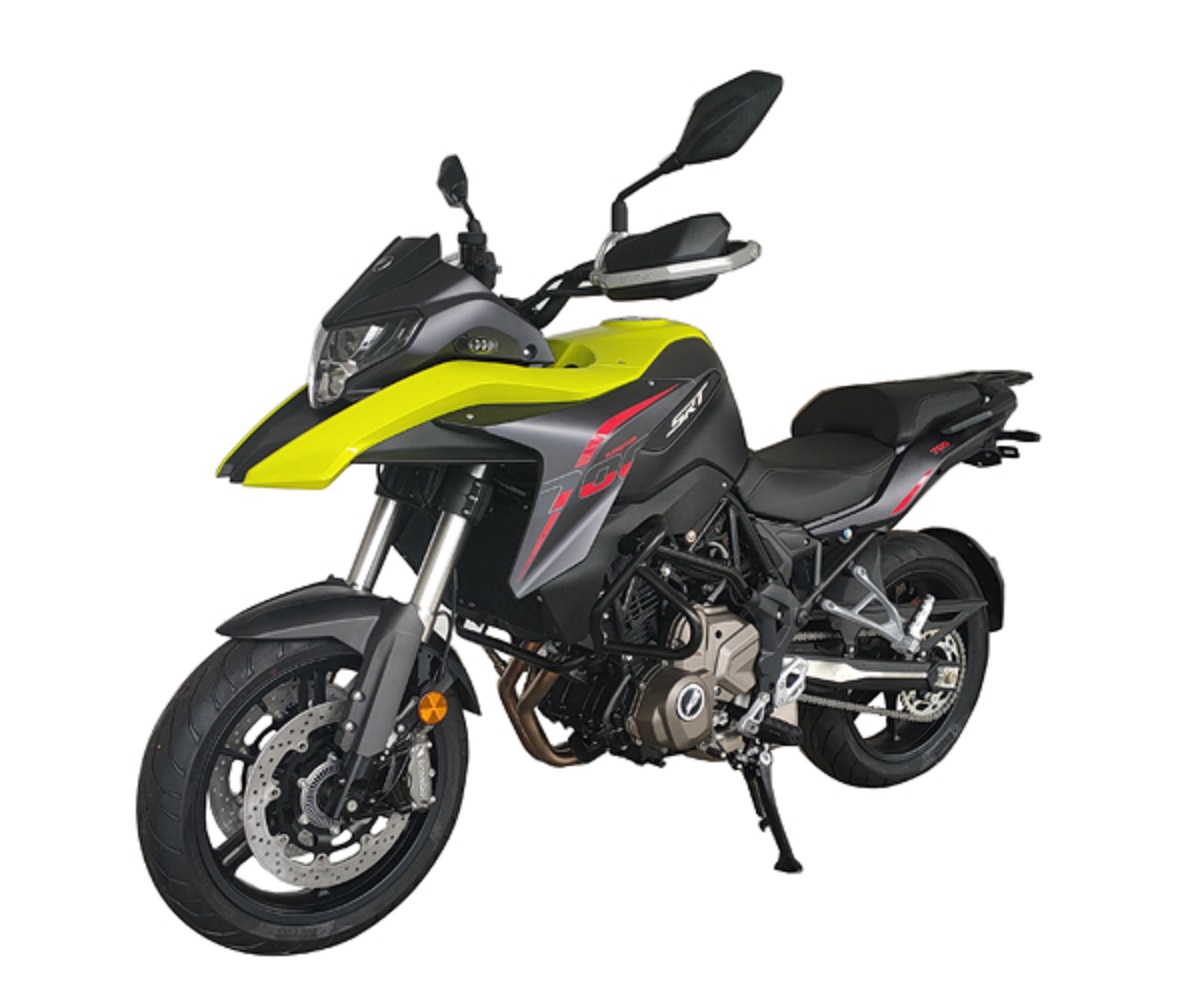 More confusing still is the fact that QJMotor already has an SRT 750, using the 754cc, 60kW engine from Benelli’s 752S and Leoncino 800. It’s already expected to be the basis of a new Benelli TRK800, spotted testing several times in Italy, but it means the gap in the range for the new SRK 700 is vanishingly small.

Power-wise, the new type-approval documents show the SRT 700 manages 56kW, so it’s close to the 750 on performance, and has a curb weight of 222kg without luggage or 240kg with the panniers and top box fitted. In comparison, the SRT 750 is 236kg in its lightest form and 256kg in fully kitted spec. 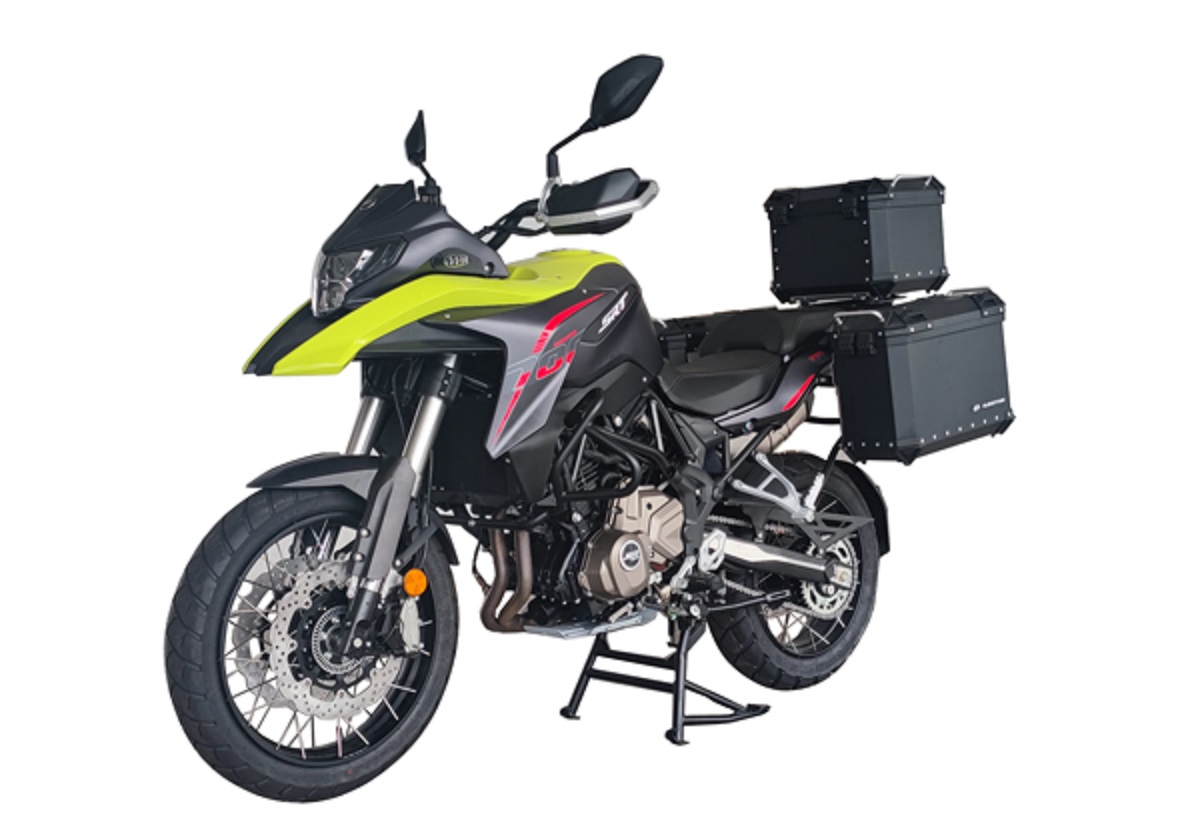 The new SRT 700 has been type approved in four forms – with wire wheels (19in front, 17in rear) or 17in alloys, and with or without luggage – and the images accompanying the approvals show the bikes in full graphics, suggesting a launch is imminent. Given that, despite being a completely different design, the new 693cc engine appears to bolt to a mildly modified version of the SRT 500 (and hence Benelli TRK502) chassis, there’s little reason to believe it would be much harder to modify the firms’ other 500cc models to suit the unit. That makes it potentially a much more appealing proposition than the 754cc Benelli twin (a bulkier-looking design that dates back to the Benelli Due concept from 2006 and is effectively two cylinders from the firm’s old 1130 triple).

Will Benelli adopt the new 693cc twin? It seems almost inevitable, given the close relationship between it and QJMotor. That potentially opens the door to models like the Leoncino gaining the same motor in the future. 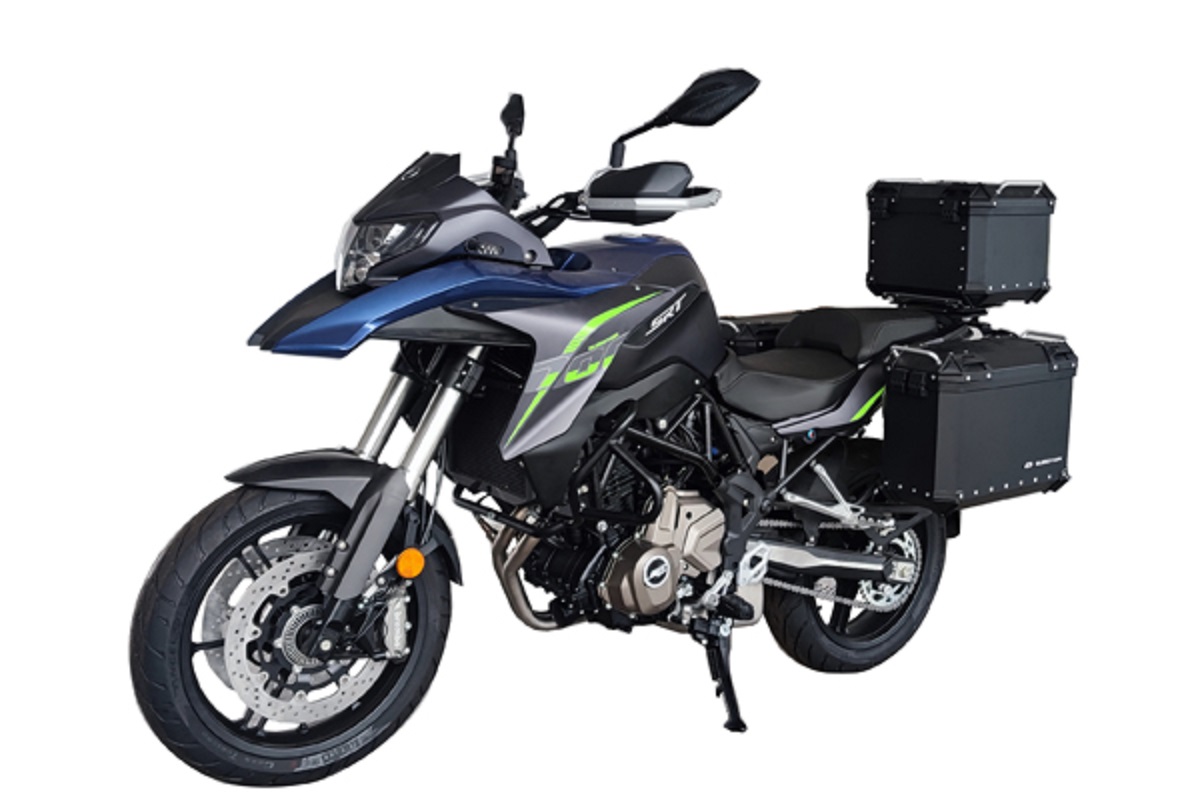