First launched in Japan in 2020 the ‘RC30 Forever’ scheme will now roll out in Europe, making approximately 150 genuine parts available for the legendary RC30, for order through the Honda dealer network 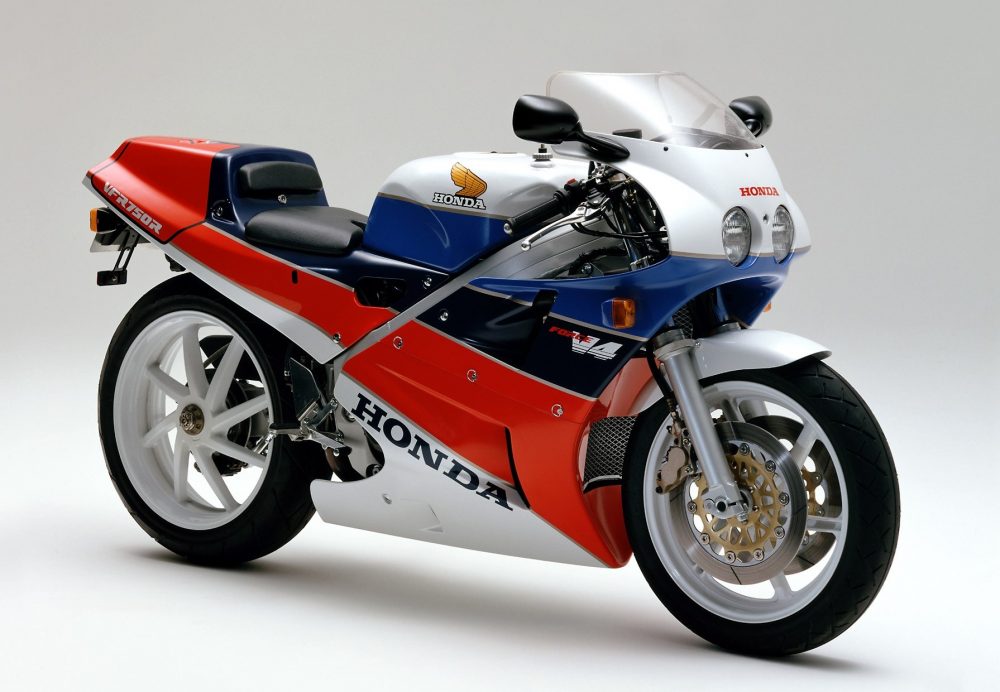 Honda started the ‘RC30 Forever’ programme after meetings with well-established RC30 owners’ clubs in Japan and Europe, during which the owners expressed their strong desire to keep these iconic bikes on the road and in the best condition by using genuine Honda spare parts. The key focus of the programme is keeping these owners riding safely and with confidence. 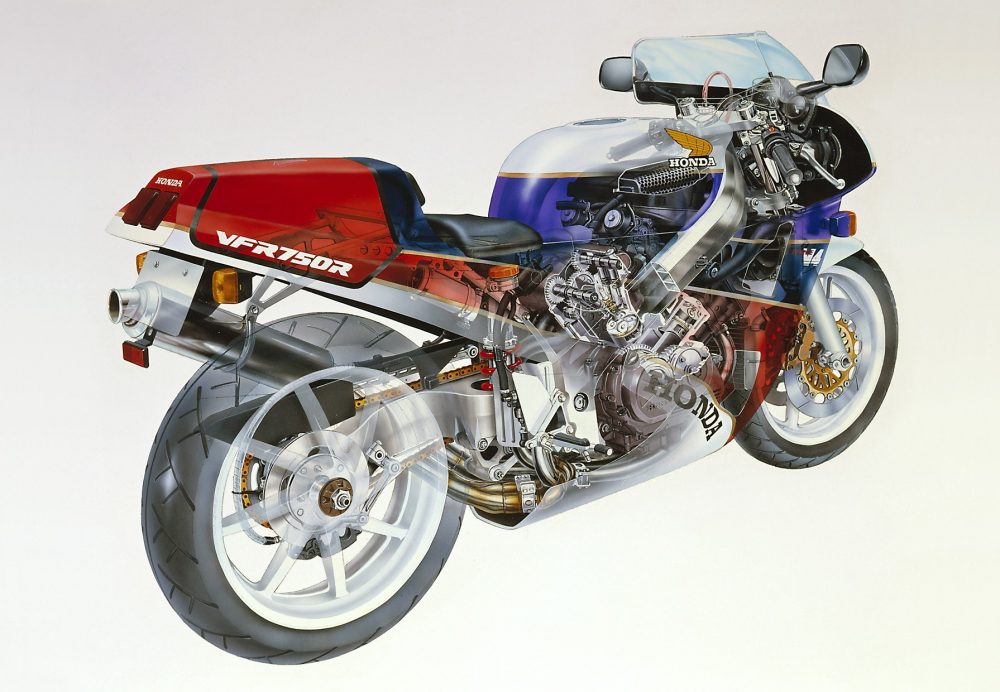 Under the scheme, Honda produces approximately 150 genuine replacement parts for the RC30 that cover the engine, chassis, bodywork and electronics. These have been chosen based on owners’ requests and the experience of experts within Honda’s R&D and manufacturing facilities.

Parts will be available to order through dealerships across Europe from May* 2021. 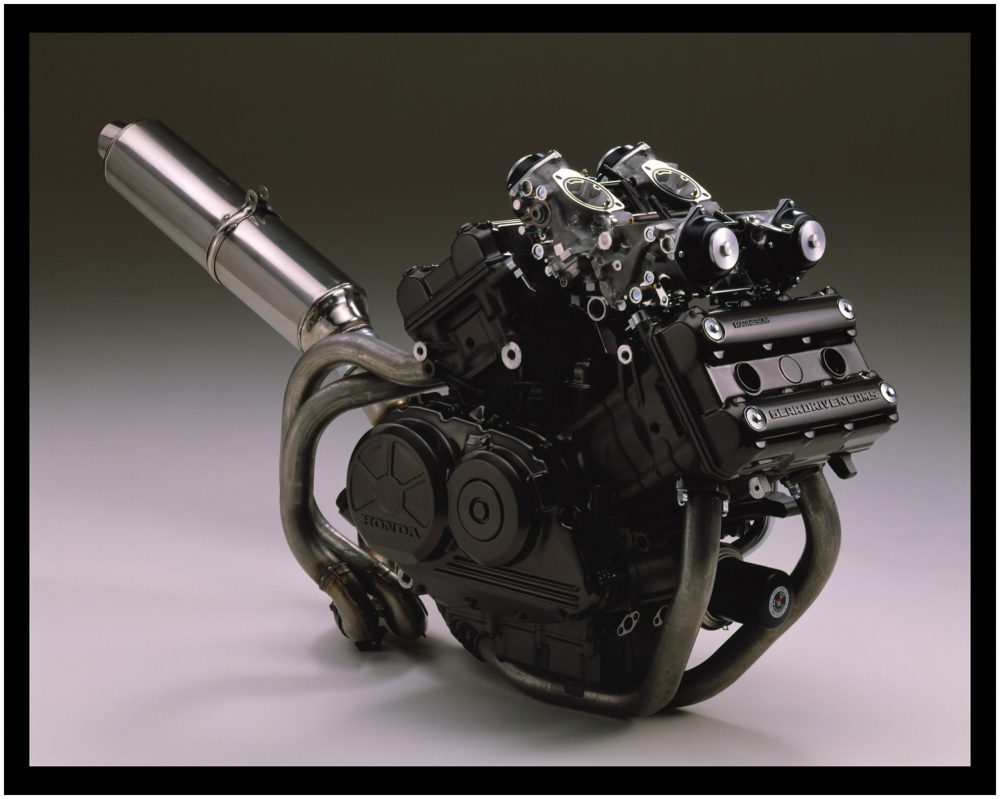 Background to the ‘RC30 Forever’ scheme

At the beginning of the ‘RC30 Forever’ project, an investigation through the RC30 archives undertaken in 2017 revealed that none of the original wooden models or moulds for the RC30 had been retained. It was clear that the original drawings would be needed to move the project forward.  Like all motorcycles produced at the time, the manufacture of the RC30 was based on 2D hand-drawn wireframe blueprints, from which models and moulds were created. Compared with modern methods of 3D computer modelling and digital drawings, these blueprints contain far fewer specific details, which complicated the reproduction of the new parts. 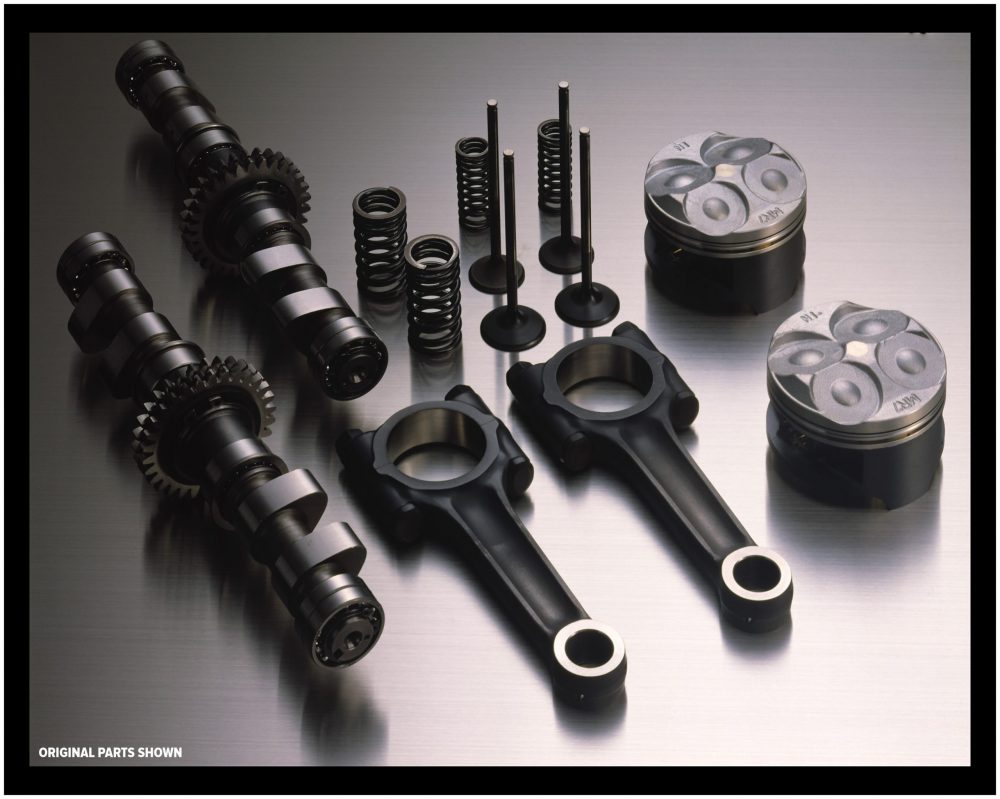 The blueprints available were digitised, enlarged to a 1:1 scale and compared with existing parts borrowed from the remaining RC30s within the Honda family and owners’ clubs to ensure their accuracy. Despite this, there were still clear and obvious gaps in the detailed information needed to produce the quality of parts required for the scheme. To ensure the parts met these very high standards, it was vital to involve the original team members, many of whom were in their 60s, to share their knowhow, passion and experience when the project team re-created the new wooden models and moulds from scratch. 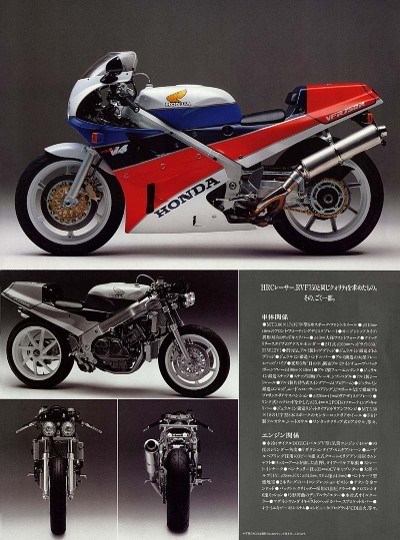 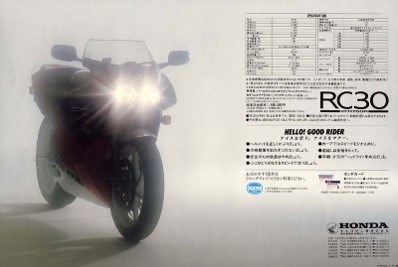 It is this combination of tangible elements like new digitised drawings and available parts, with longstanding unquantifiable factors like the experience of returning members of the Honda family, that ultimately led to the successful creation of the scheme in Japan. 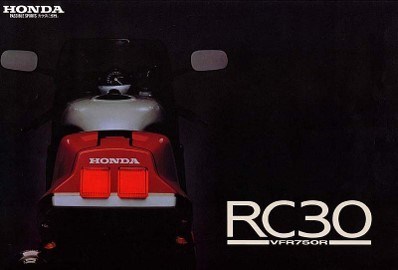 The legendary RC30 was first revealed at the Tokyo Motor Show in 1987, making its way to Europe in 1988. Limited to approximately 5,000 units worldwide, it was created to comply with the homologation rules required to compete in the newly formed World Superbike Championship. 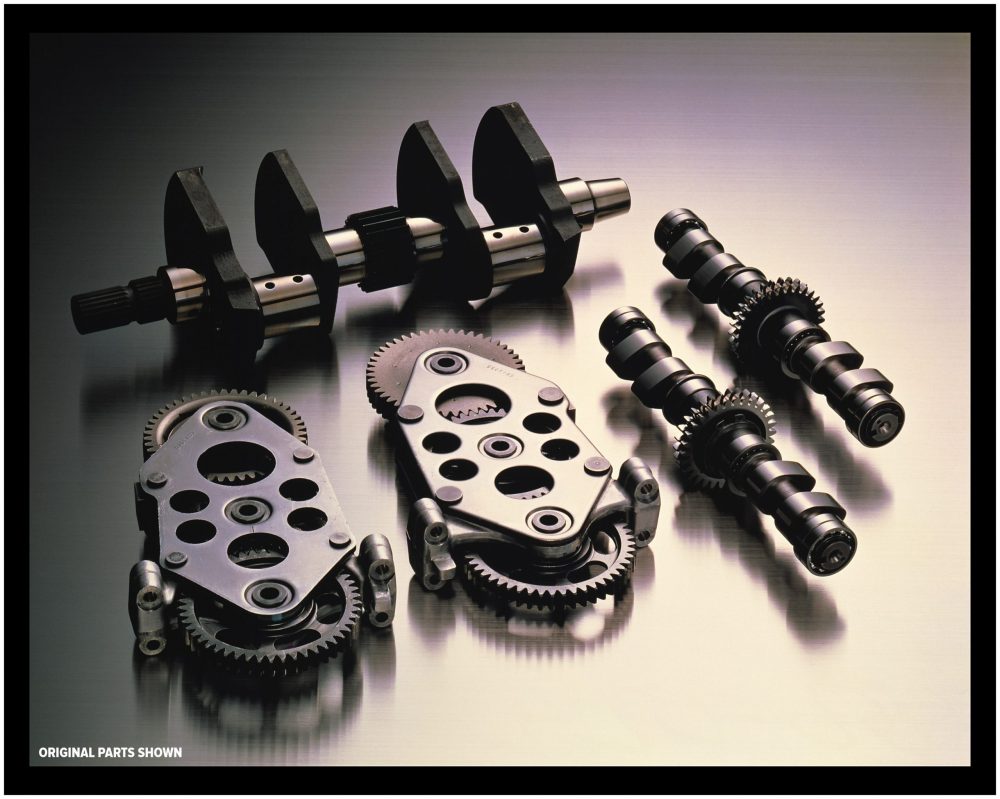 Hand-built in the Hamamatsu factory, the RC30 was powered by a liquid-cooled 748cc 90° V4 and featured cutting edge race technology of the time – an approach unheard of hitherto. Honda’s development engineers made maximum use of exotic materials like carbon fibre, Kevlar and magnesium throughout the bike. The engine featured titanium connecting rods and a slipper clutch, that worked together with the tall race machine-style gearing. Wheels and brakes featured quick release mountings and the suspension was fully adjustable front and back. The bike prominently featured an unmistakable single-sided Pro-arm swingarm designed to help with rapid rear wheel changes during races. 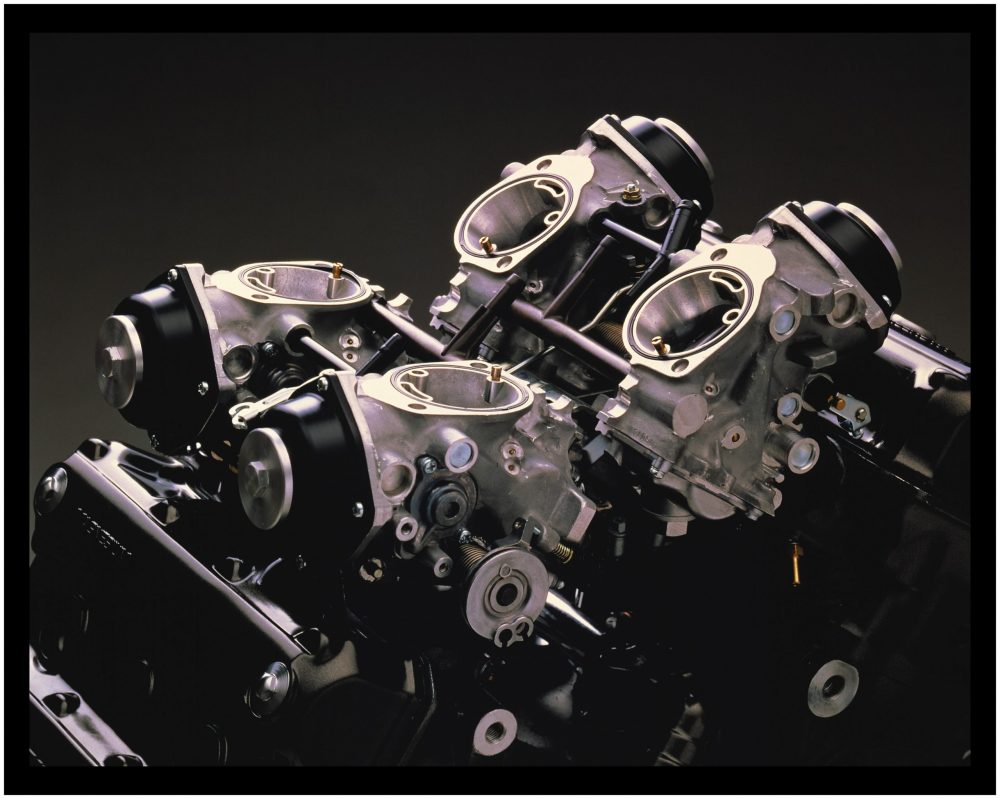 The legacy of the RC30 was cemented when it won the World Superbike Championship in both 1988 and 1989 with Fred Merkel. It also notched up victories in multiple national and international races, including wins on the Isle of Man in the hands of celebrated riders like Joey Dunlop, Carl Fogarty, Steve Hislop and Philip McCallen. 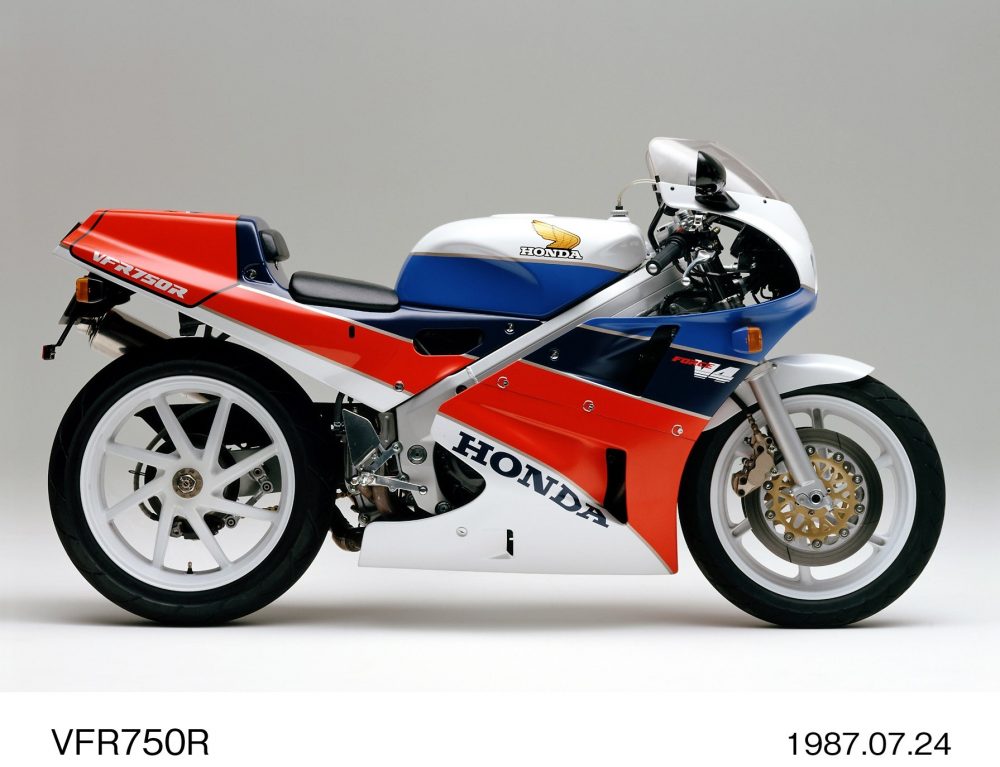