Bimota has announced that the Kb4, first shown as a concept bike at the last EICMA in Milan, is now on the production line. Together with it, Bimota announced the addition of a new model based on the Kb4 project, the “Vintage-Inspired” Kb4-RC (RaceCafe’)

“No other manufacturer has a motorcycle like Kb4 and Kb4RC,” said Pierluigi Marconi, Bimota General Manager”. “No one has this much fun and function in one package”.

“The Kb4 & Kb4RC are an attention grabber that will act as a halo for Bimota by attracting further consumer attention to our impressive vehicle lineup,” Marconi said. 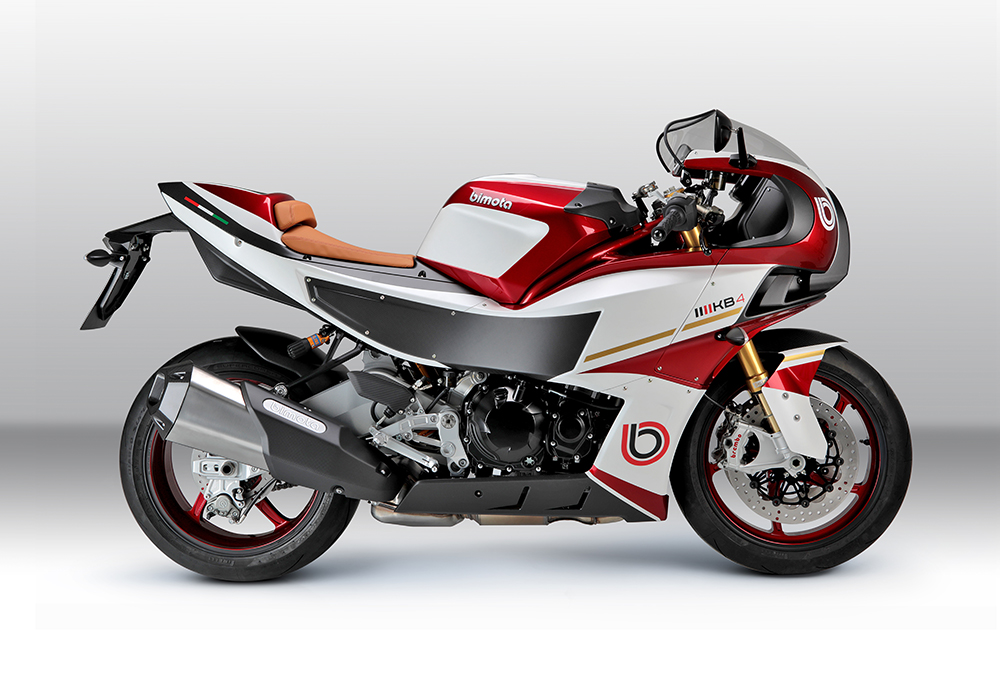 Marconi noted that Kb4 is the second major product announcement from Bimota in the past 20 months – both breakthrough vehicles that combine Bimota’s heritage with modern-day function and flair.

The production Bimota Kb4 & Kb4RC “Vintage Inspired” will be unique by combining the classic design, of the iconic Bimota motorcycles of the ’70s with the function and utility of a modern bike. 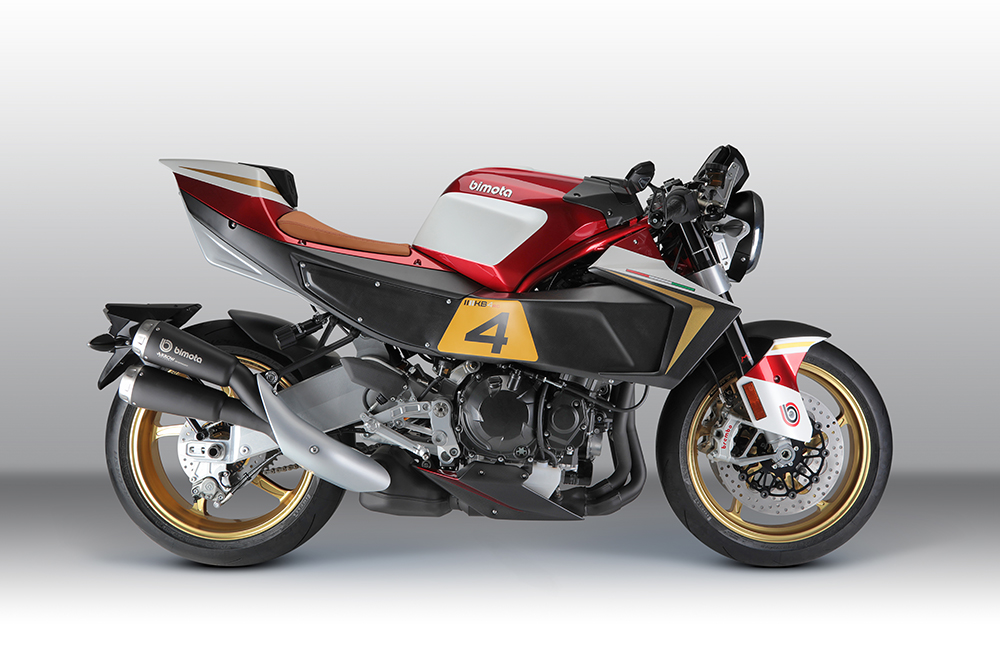 In the spirit of Bimota, Kb4 & Kb4RC will be contemporary thoroughbreds – 142hp in-line 4-powered, best-handling street machine with an innovative high-pressure cooling system. The one-piece radiator is neatly stowed, diagonally between the seat and the rear wheel.

“Kb4 & Kb4RC, they both look sleek and fast — just like the process that created it,” said Enrico Borghesan, designer of Bimota. “It went from the first sketch to full-size model in few months using computer-aided design — and without missing any of the passion that has made so many Bimota products fun to ride and show off. You ride some bikes because you have to, but you ride a Bimota because you want to.” 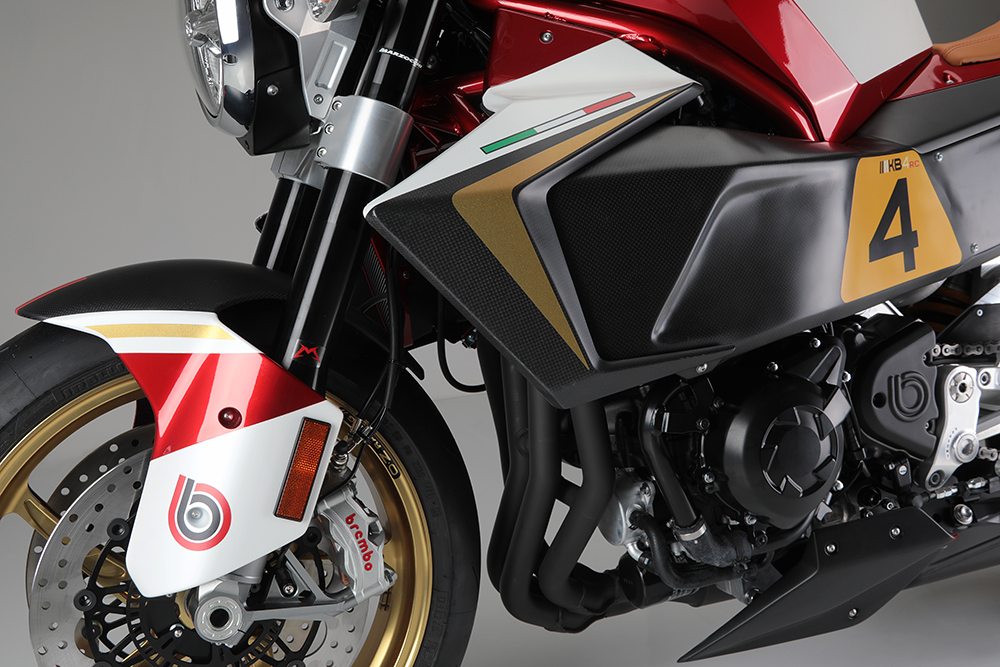 Kb4 exterior design features include the full-width windscreen and prominent Bimota logo that currently appear on other Bimotas. The Kb4RC allow the Bimota enthusiasts to enjoy the wind stream on their faces as well as during the glorious past of the CafèRacers bikes. 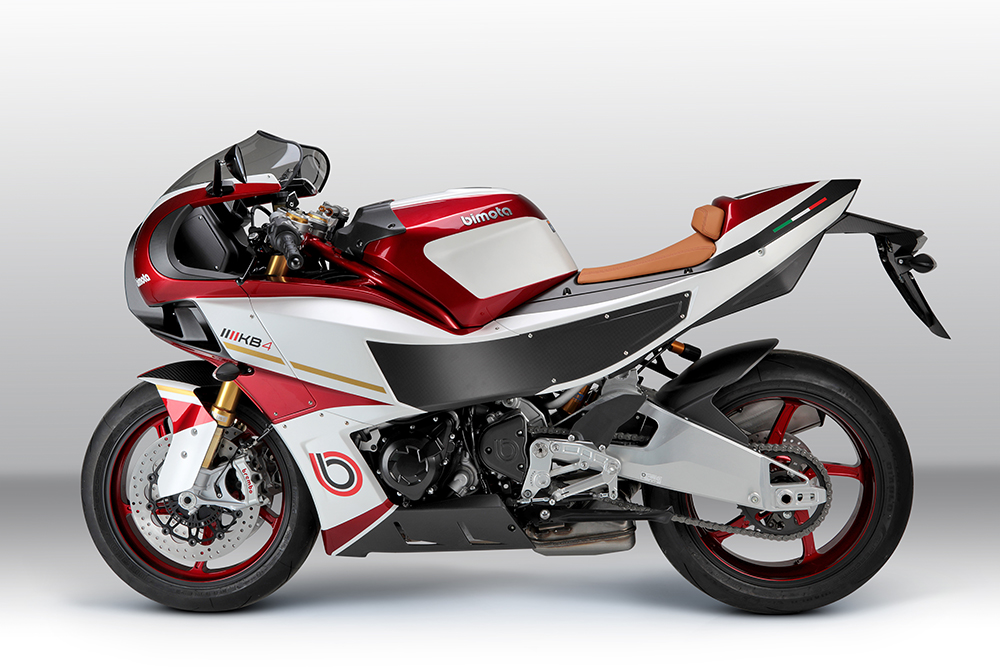 “Kb4 & Kb4RC will appeal to enthusiasts of all ages because the design draws you in, and the performance keeps you there,”Borghesan said. “The Bimota Vintage-Inspired has the soul for spirited, functional motorcycles. Kb4 & Kb4 RC bring the best of both worlds to the extreme, two-spirited Italian Icons with a functional engine and electronic package.” 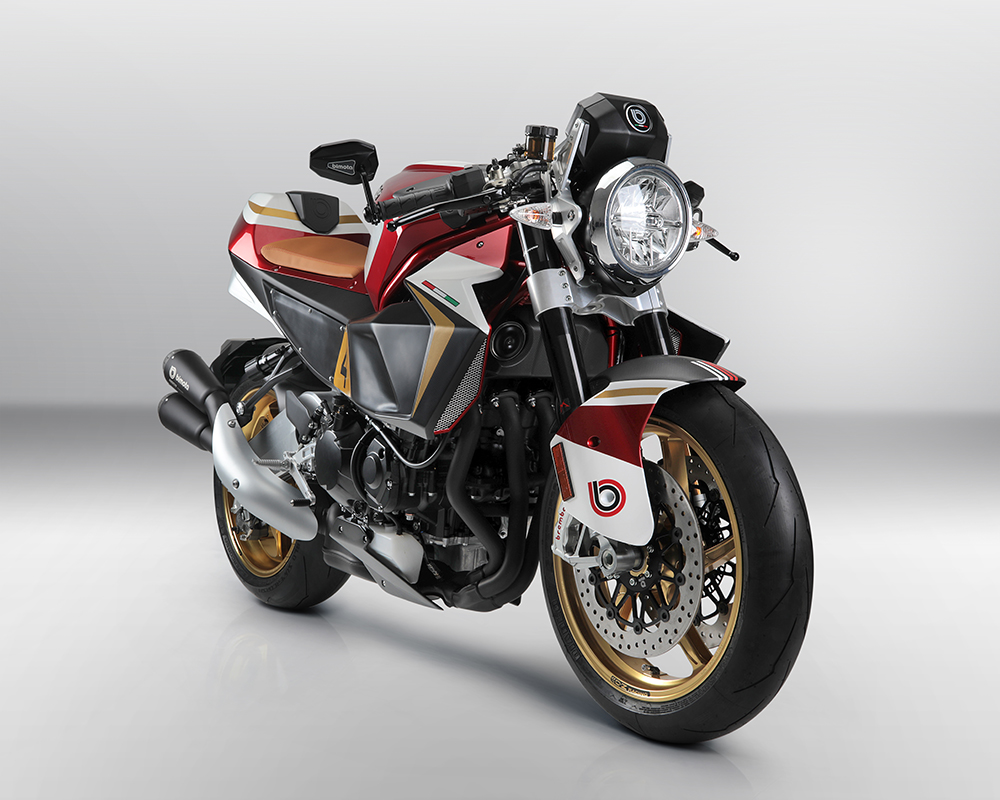 “We have been overwhelmed by the positive public and dealer response to the Kb4 concept,” Marconi said. “The collective response from motorcycle’s enthusiasts across the world was beyond our wildest expectations. Bimota will fan the flames of that excitement because our production Kb4 & Kb4RC won’t be watered down; they will look strikingly similar to the concept Kb4 that played to rave reviews.” 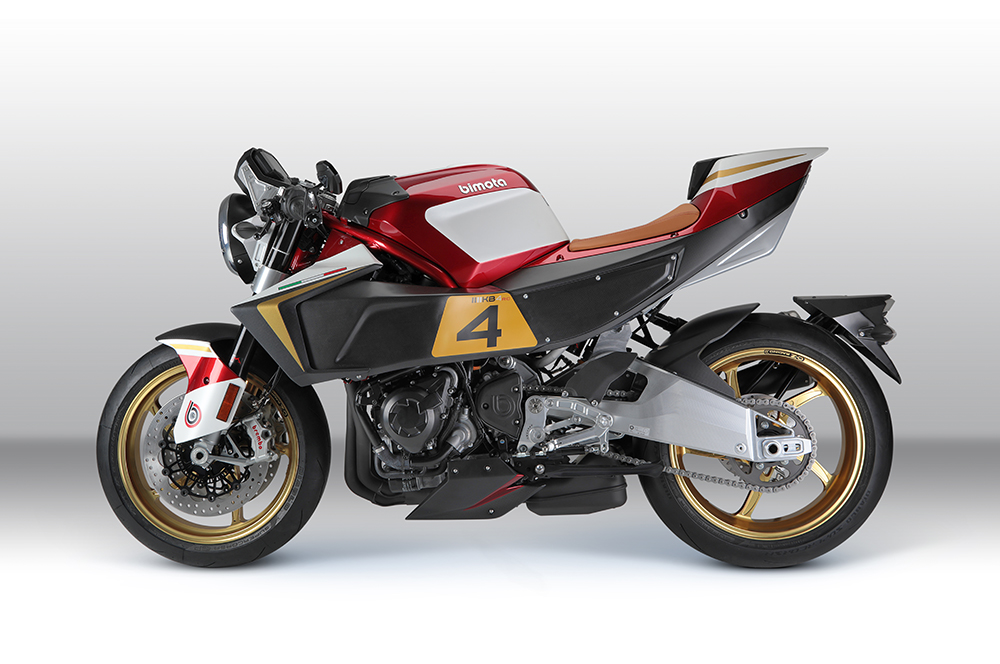 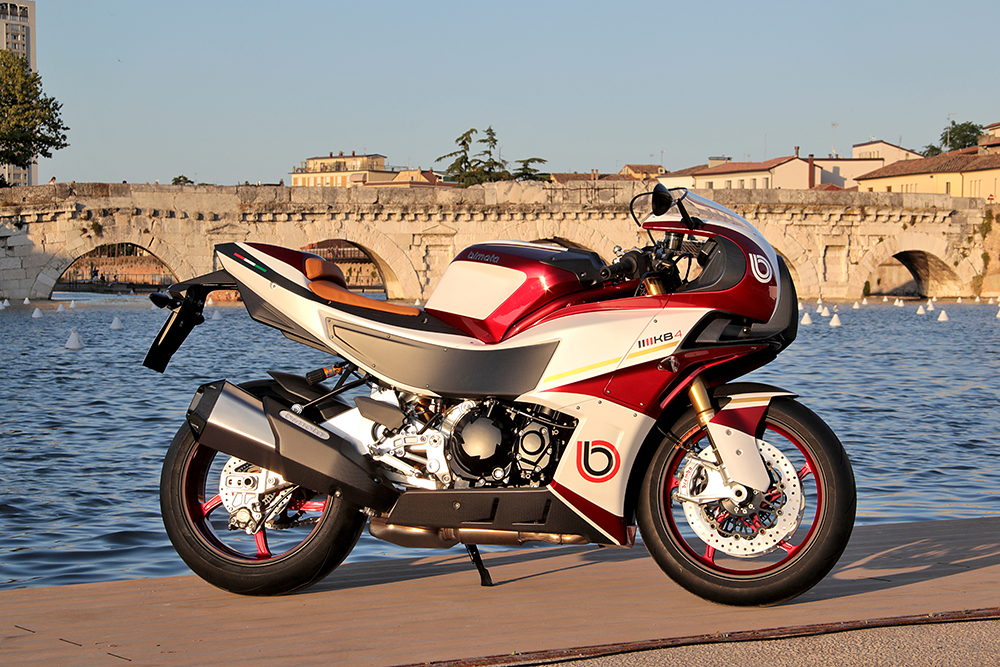