The Bimota KB4 has been a long time coming as the firm first revealed plans for the machine back in 2019 – but it should be launched before the end of this year and we’ve got our hands on the first technical details of the machine.

Bimota has filed type-approval documents for the KB4, which is the second model to emerge from the firm since Kawasaki took a large stake in the brand back in 2019. Its ‘KB4’ name reflects the fact it’s a successor to the initial ‘KB’ models that Bimota made in the 1978s and 80s, although with Kawasaki now a major stakeholder in the company we’re unlikely to see a return to the days of Bimotas based around multiple different engine brands. 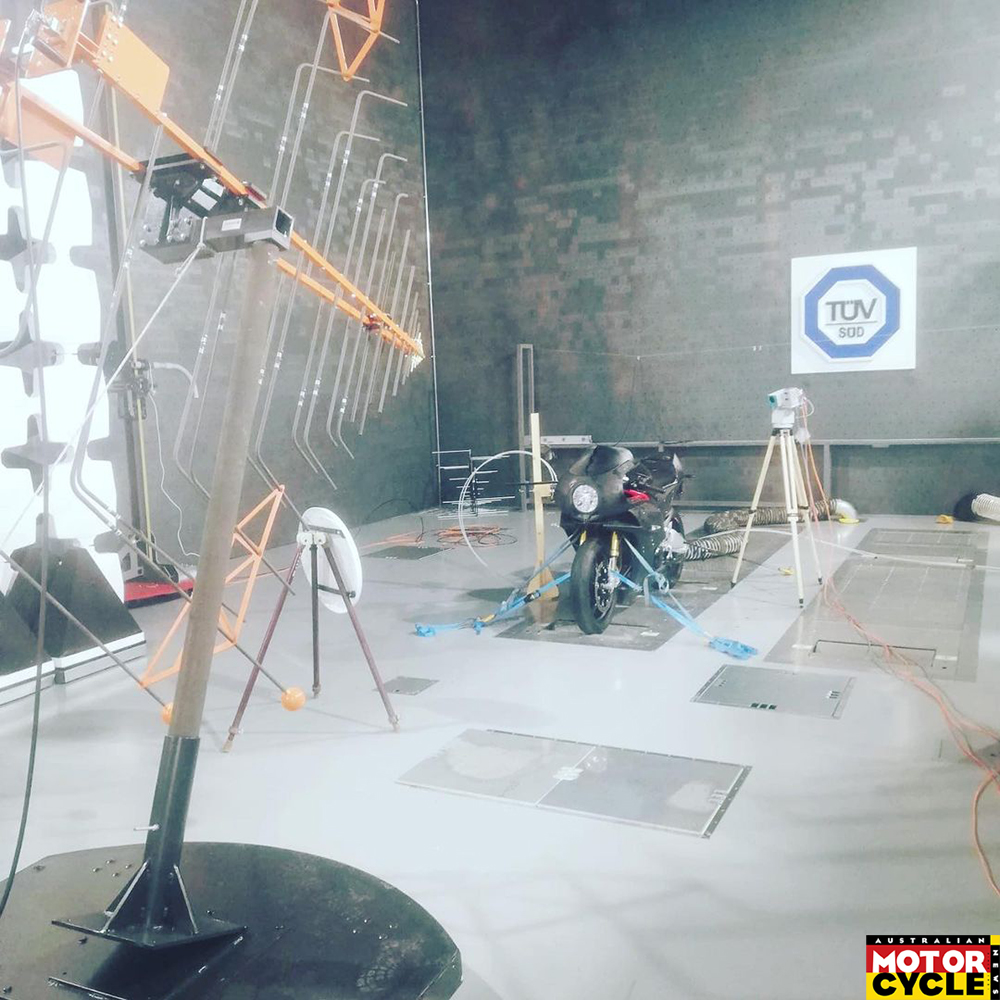 While the Tesi H2 that Bimota launched to celebrate its new Kawasaki tie-in is a low-volume, high-priced exotic that plays on Bimota’s 1990s dalliances with radical chassis technology, the KB2 returns to the firm’s roots – taking a reliable, powerful Japanese engine and bolting it to a lightweight, flickable chassis.

The new documents confirm that the bike’s engine is a standard Ninja 1000 unit, with 104.5kW at 10,000rpm and 111Nm of torque at 8000rpm. Those are identical numbers to the Kawasaki it’s based on, although the type approval shows that Bimota has developed and gained approval for a different set of exhaust silencers – one under the engine, the other mounted on the right hand side. 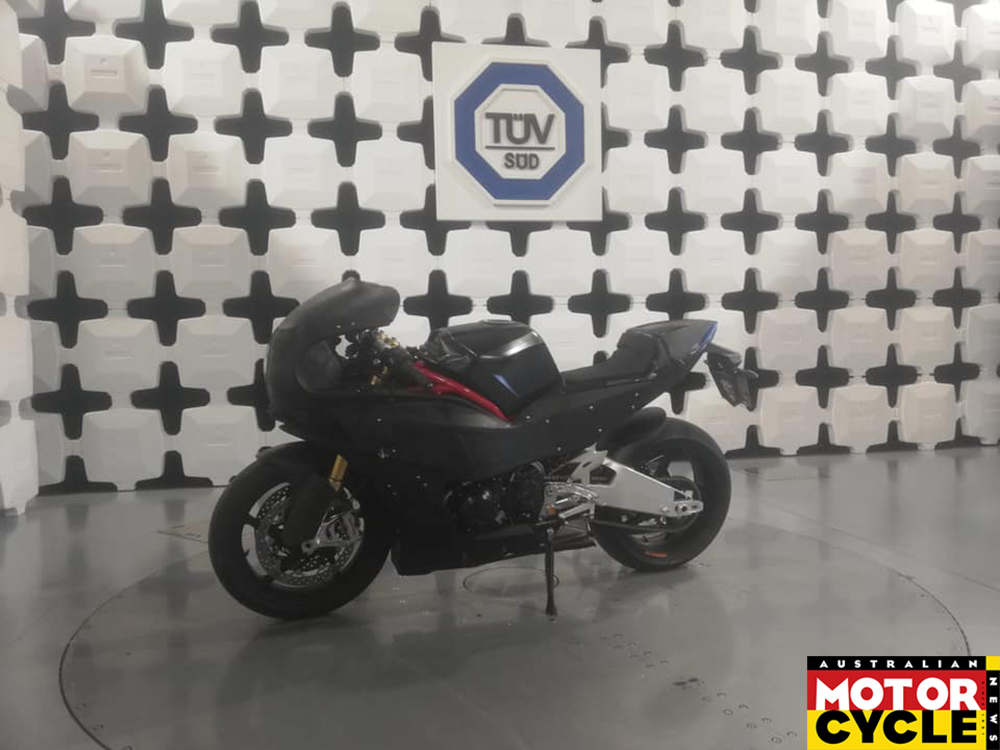 But while the power is unchanged, the Bimota is vastly lighter, measuring 194kg including fuel, where the Ninja is 41kg heavier at 235kg in the same state. That promises a huge improvement in performance, and, allied to the KB4’s Ohlins suspension and Brembo brakes, it’s a recipe for much better handling, too. 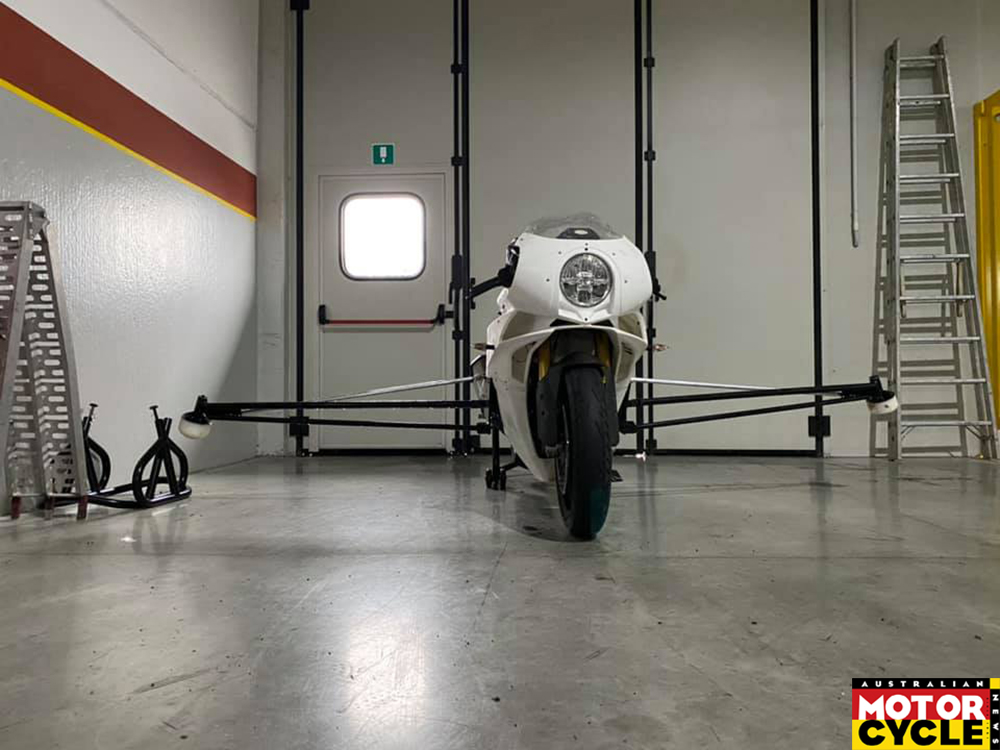 The handling will be further improved by the Bimota’s shorter wheelbase, slashed from the 1440mm of the Kawasaki to just 1390mm. And it’s that measurement that hints at another big difference – the position of the radiator. Simple shortening the swingarm would have led to the bike’s centre of gravity moving backwards, which isn’t good for handling, but images of the Bimota show the engine has been moved forwards, putting it closer to the front wheel. That’s good for getting weight over the front tyre, but it means Bimota has been forced to rethink the position of the radiator – as images of the bike on test suggest it’s been moved to an under-seat position. 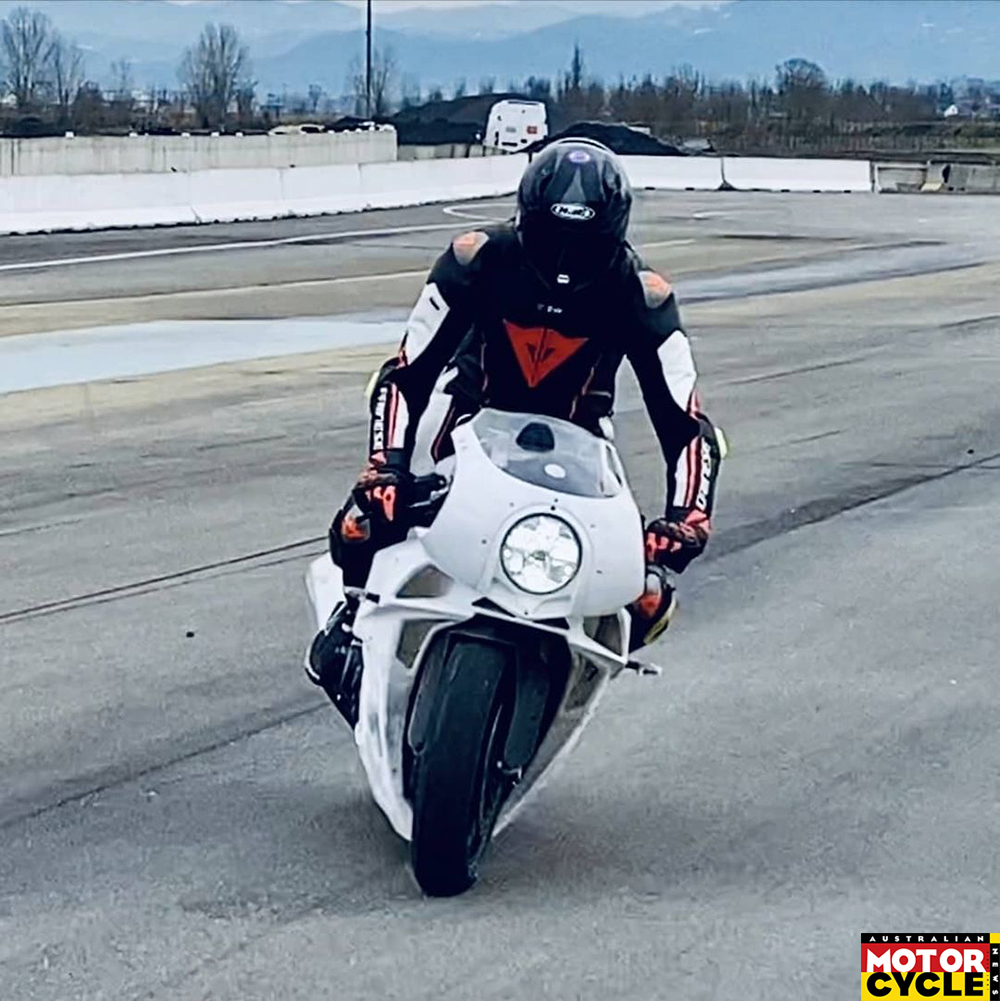 Large intakes on either side of the fairing appear to feed carbon-fibre ducts that take air to a spot under the rider, where the radiator is believed to be sited. It’s not unprecedented, of course, with the likes of the Britten V1000 and Benelli Tornado using a similar arrangement, but it’s far from conventional. Where the Benelli used exhaust ducts – with distinctive fans – to draw air out of the radiator, it looks like Bimota will have the underside of the rad exposed, lying at a steep angle under the seat. The rear hugger looks like it’s a bit more extensive than that seen on most bikes, probably to ensure stray rocks aren’t thrown into the radiator, and it doesn’t get plugged with road dirt.

We’re expecting Bimota to unveil the finished bike at EICMA in November, and the type approval suggests sales will be ready to begin soon after that. 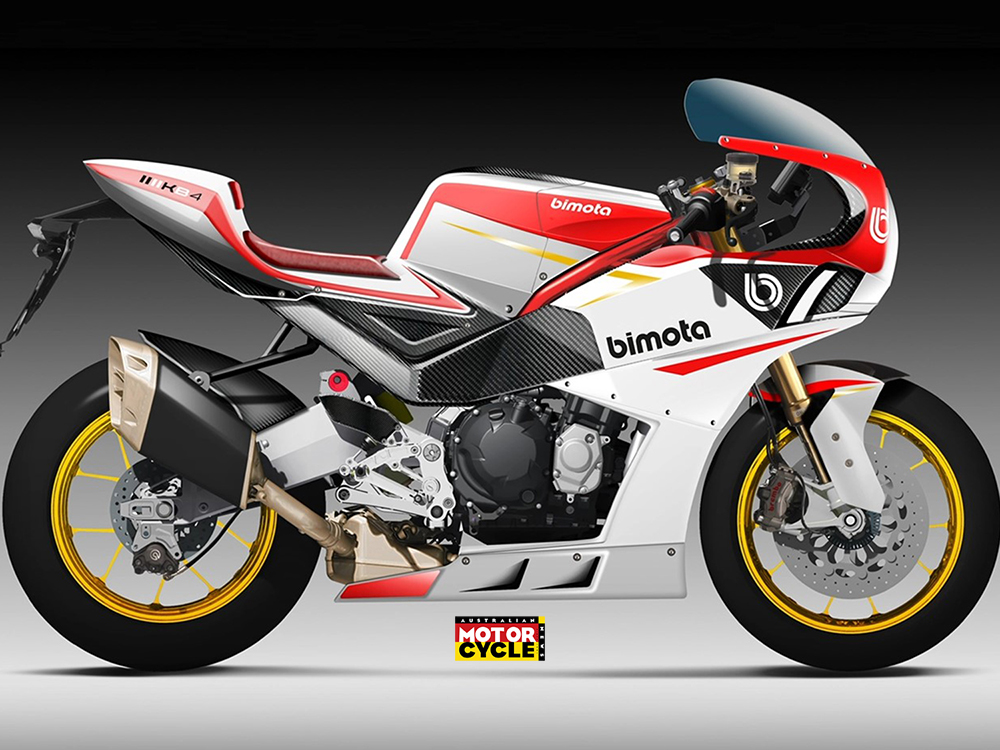