An upcoming Benelli TRK702 adventure bike has been type-approved in China – revealing a new machine that appears to make the recently-launched TRK800 all but unnecessary.

Visually, the TRK702 is very similar to the TRK800, with styling that follows much the same cues. Its chassis, suspension, wheels and brakes are also very close to those of the TRK800, with upside-down forks and the same Brembo calipers used on the larger machine, as well as the same wire wheels with identical 110/80R19 front, 150/70R17 rear rubber. Optionally, the approval reveals that 17-inch rims with 120/70ZR17 and 160/60ZR17 rubber will also be available to make for a more road-biased machine. 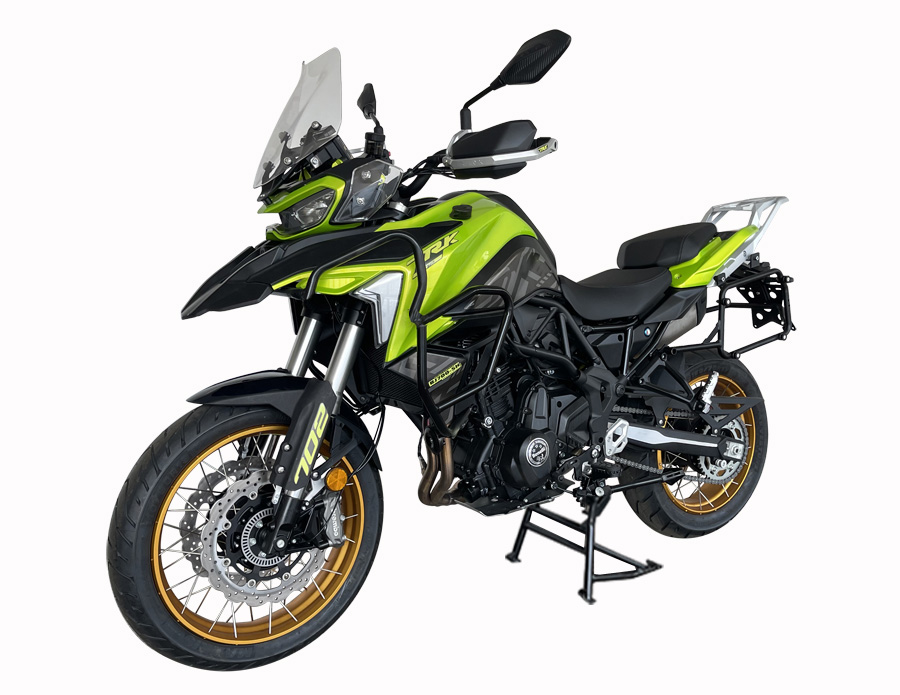 The big difference is the engine, with the TRK702 using a 693cc parallel-twin that appears to be identical to the engine used in CFMOTO’s 700CL-X. Making 56kW, it matches the TRK800’s 754cc parallel-twin for power but appears to be a lighter, more compact design. The TRK800’s engine is derived from Benelli’s old 1130cc triple and originally appeared in the Benelli Due 756 concept bike before reaching production several years later in the 752S and later the Leoncino 800.

With as much power as the TRK800, the TRK702 is also lighter, coming in at 220kg wet where the TRK800 is 226kg dry, raising the question as to whether the TRK800 will be able to justify its spot in the Benelli range once the TRK702 is launched. 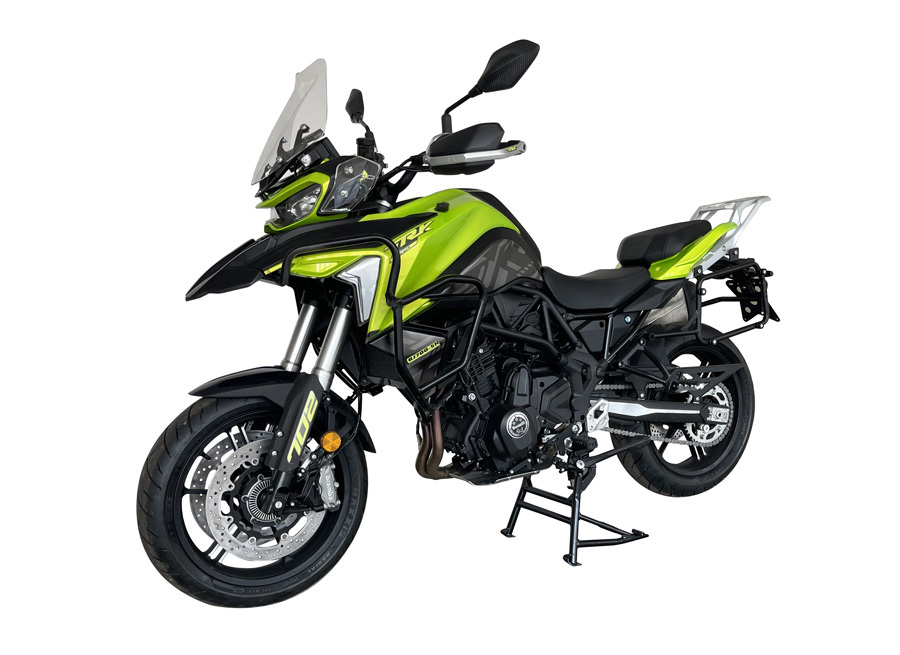 The answer may have been revealed in further Chinese type approval documents, which show a new QJMotor SRT800. Currently, the QJMotor SRT750 is the Benelli TRK800’s sister model, with the same frame and 754cc engine. The new SRT800, in contrast, has a longer-stroke 799cc twin with significantly more power – 71kW instead of 56kW. The engine appears similar to the existing design in the accompanying pictures, but its name in the documents, QJ288MW (2-cylinder, 88mm bore) matches that of a design that was patented earlier this year for a 799cc twin that was technically near identical to the KTM LC8c used in the 790 Duke. Notably, CFMoto makes that engine for KTM and has also adopted it into its own 800MT, and in Chinese documents, it is also called ‘288MW’. Its power, 70kW, is also almost identical to that of the new ‘QJ288MW’ engine, adding to the impression that the two engines are related.

Benelli has previously type-approved a Leoncino 800 with the 799cc ‘288MW’ engine, too, suggesting it will eventually be used across all the models that currently rely on the older 754cc twin, in turn leaving space in the range for the new 693cc twin (known as the 283MU thanks to its 2 cylinder, 83mm bore layout) in the upcoming TRK702. The 283MU also appears in a host of planned QJMotor models for the Chinese market, including the ‘701R’ and ‘701RR’ sports bikes that we recently revealed. 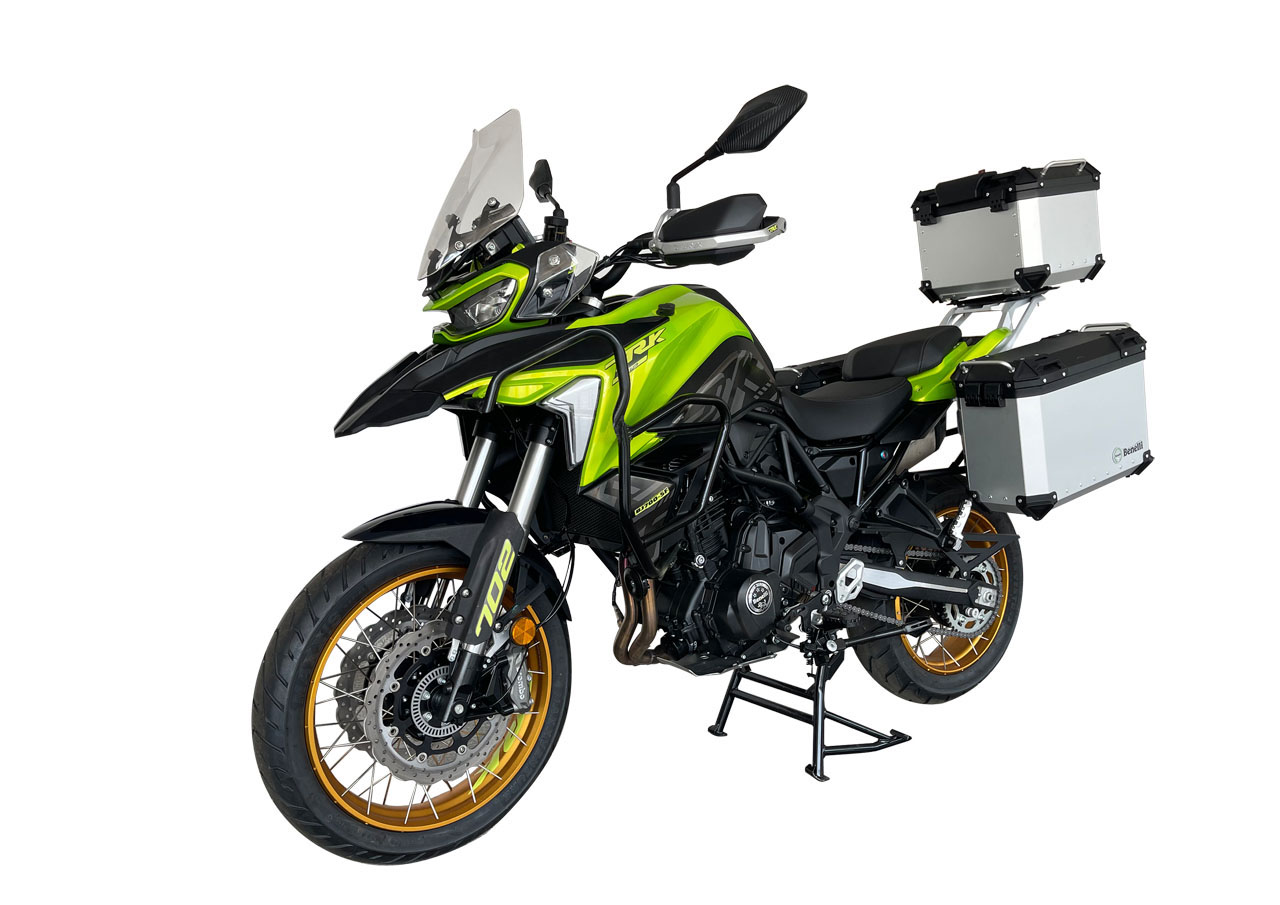