Benelli has been working on the TRK 800 for a long time but the bike has finally made its first official appearance at EICMA in Milan – even though it won’t reach dealers until the second half of 2022.

With the smaller TRK 502 currently standing as the best-selling bike in Italy, and unlikely to lose that spot this year, the TRK 800 is an important machine. With more performance and far improved styling compared to the TRK 502, and power coming from the 754cc parallel-twin that Benelli derived from its old 1130cc triple, the TRK 800 is a 56kW, 67Nm machine that sits neatly in the middleweight adventure bike class and promises to be a direct rival to the likes of Yamaha’s Ténéré 700. 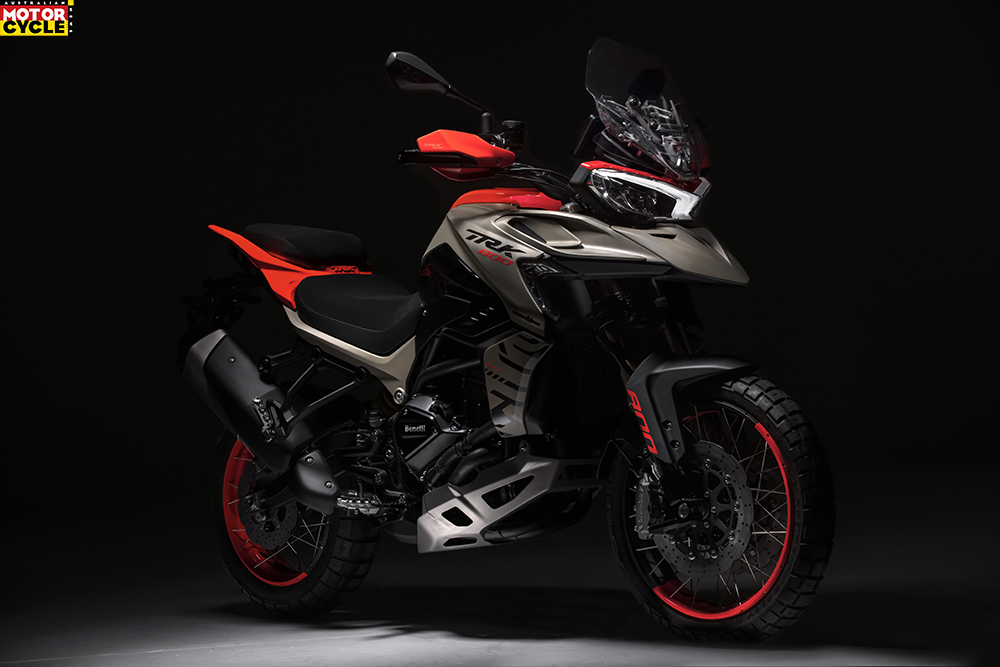 As a subsidiary of the Chinese firm Qianjiang, which also sells a range of QJMotor models in China that closely mirror the Benelli range, albeit, with differed styling, the TRK 800 is very similar to the QJMotor SRT700 that’s sold over there. The styling differs slightly, with altered front-end plastics, but the frame, engine, and tail bodywork appear much the same as the QJMotor machine, as do the lights and indicators. 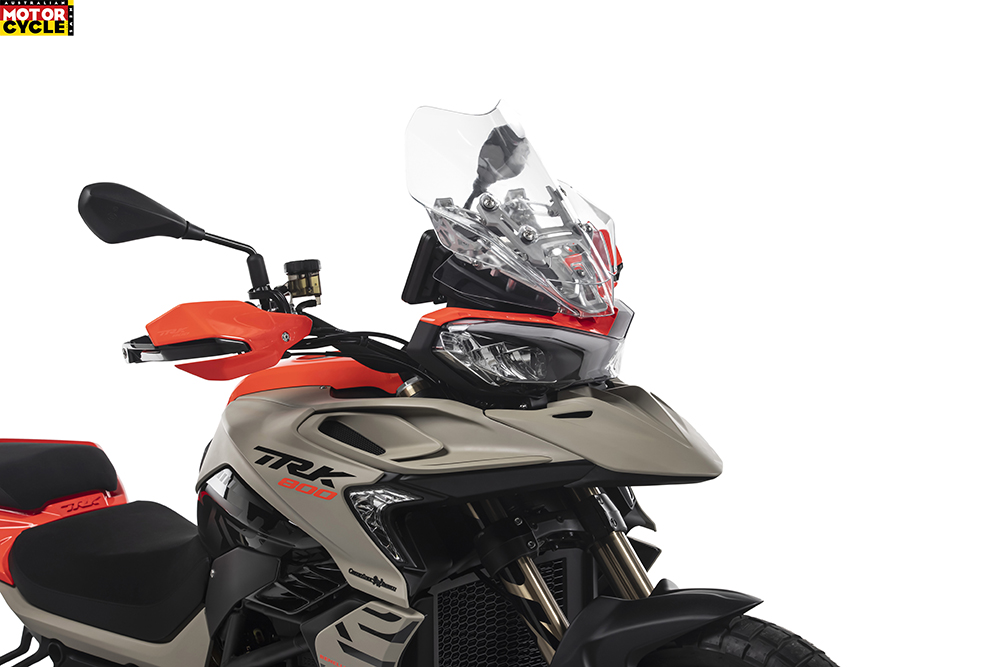 That’s no bad thing; QJMotor’s adventure bikes are more modern-looking and sleekly styled than the existing Benelli TRK 502. And for the Benelli version, the components have been updated and improved to suit western tastes. The suspension, for instance, is now from Marzocchi, with full adjustment for preload, rebound and compression at the front and rebound and preload at the back, while the brakes are Brembos with 320mm discs and four-pot calipers. 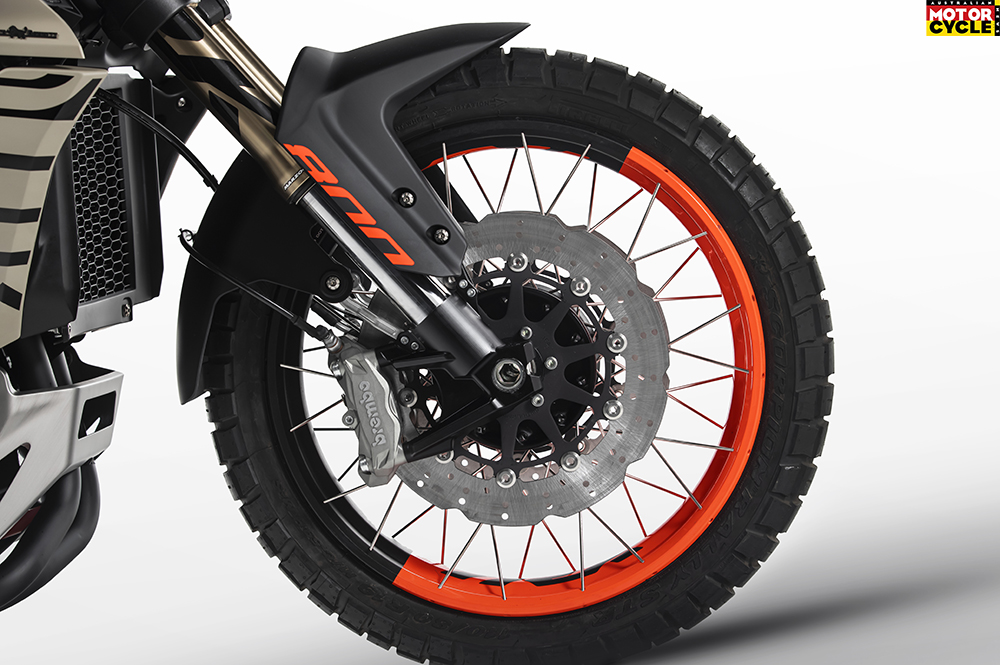 Onboard, a large, 7in TFT display dominates, but Benelli has yet to confirm final details of the bike’s technology – probably because there’s still the best part of a year to go before it reaches dealers. Benelli will only say that it’s due in the ‘second half’ of 2022. The price is similarly unknown but given the firm’s Chinese manufacturing facilities it promises to be competitive. 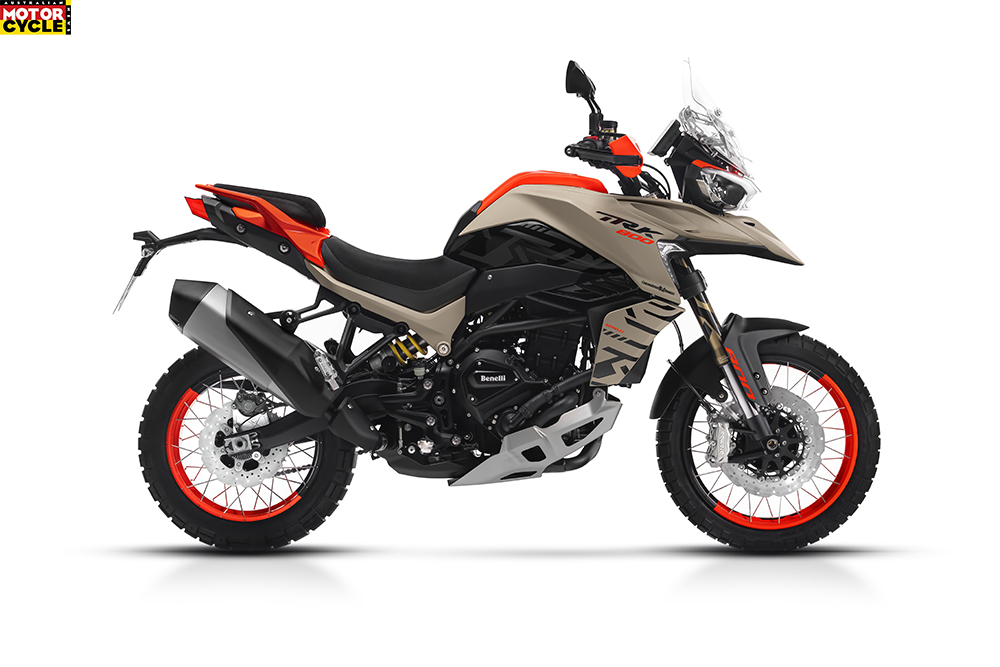