When CFMOTO showed the SR-C21 concept sports bike last year there were more questions than answers when it came to specification – we could all see its high-end Brembo brakes and Ohlins suspension but there was silence about the bike’s performance or engine size.

Last month, Chinese type-approval details proved that the production version of the machine would have a new 450cc parallel-twin putting out 37kW, while the machine weighs a mere 168kg wet. Now those numbers have been confirmed, with CFMOTO dropping the first official pictures of the machine along with some basic specs as it tempts buyers in China to pre-order the bikes at a reduced cost of 31,980 Yuan ($6750 AUD) in advance of expected deliveries in July. 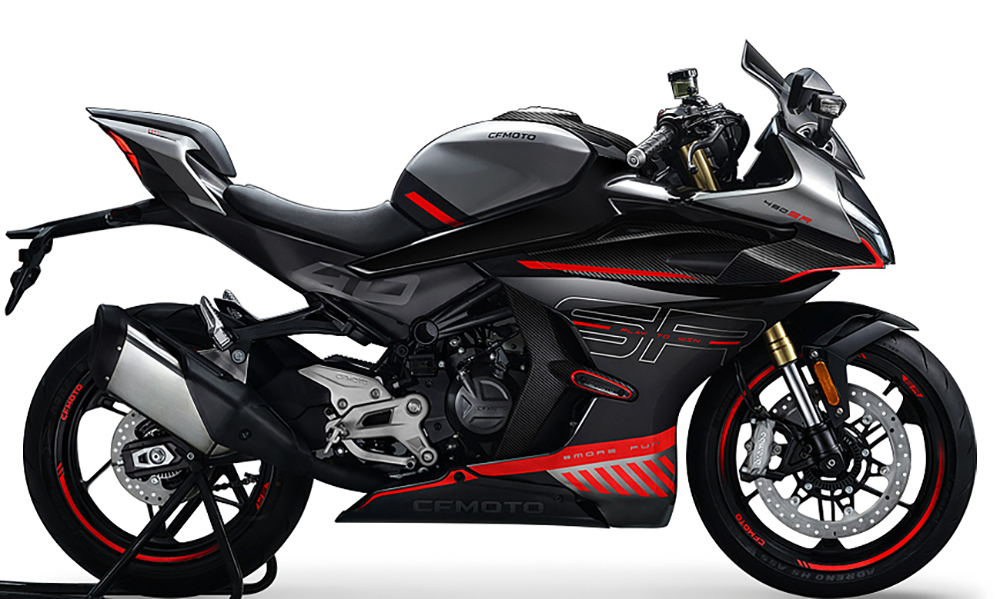 Mirroring the ideas that made bikes like the original Honda FireBlade and Yamaha R1 huge steps forward over their peers, the 450SR aims to get one over on its rivals, mainly 400cc twins, by combining the power of a 500cc machine with the weight of a 250. And given CFMOTO’s global presence, it’s surely only a matter of time before the 450SR goes on sale outside China as well. 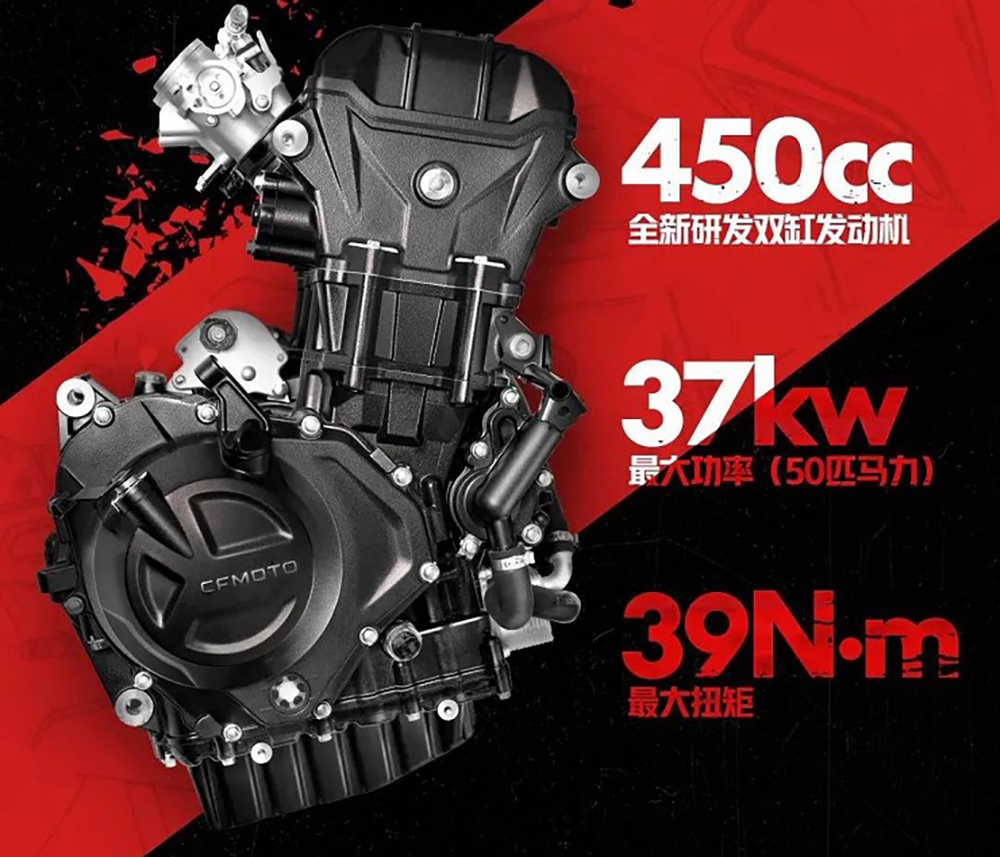 Compared to the SR-C21 concept, there are clear cost savings to reach the bike’s low target price. The race-spec Ohlins suspension and dual Brembo calipers of the concept are gone, of course, but there are still upside-down forks and the single front caliper is still a radial Brembo, albeit from the cheaper end of that company’s catalogue. The concept’s single-sided swingarm has also disappeared, replaced with a conventional dual-sided design, and the twin, high-mounted SC-Project exhausts are switched for a single end can on the right-hand side. Given that CFMOTO has recently added a higher-spec ‘S’ version of its smaller 250SR sports bike to the range, complete with a single-sided swingarm, aspects of the SR-C21 concept could yet reappear on a future, upgraded version of the 450SR. 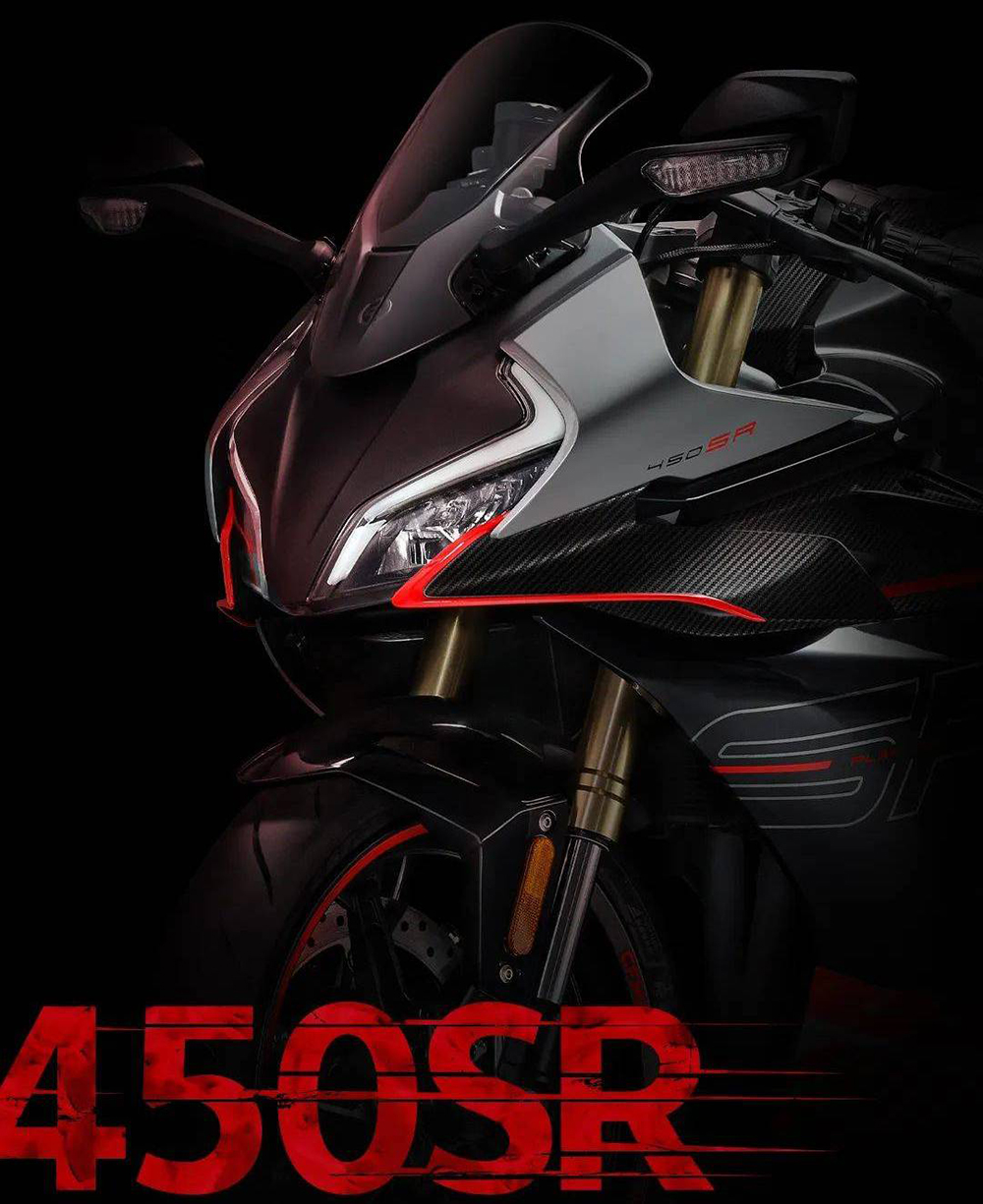 The 450SR’s bodywork is essentially identical to the SR-C21 apart from the addition of larger headlights underneath the stylized LED running light strips. The styling itself was done in Italy by CFMOTO’s European design arm, and the company says the bike was wind-tunnel tested to make sure the side-mounted winglets actually create downforce, generating an extra 2kg of load on the front wheel at 120km/h. 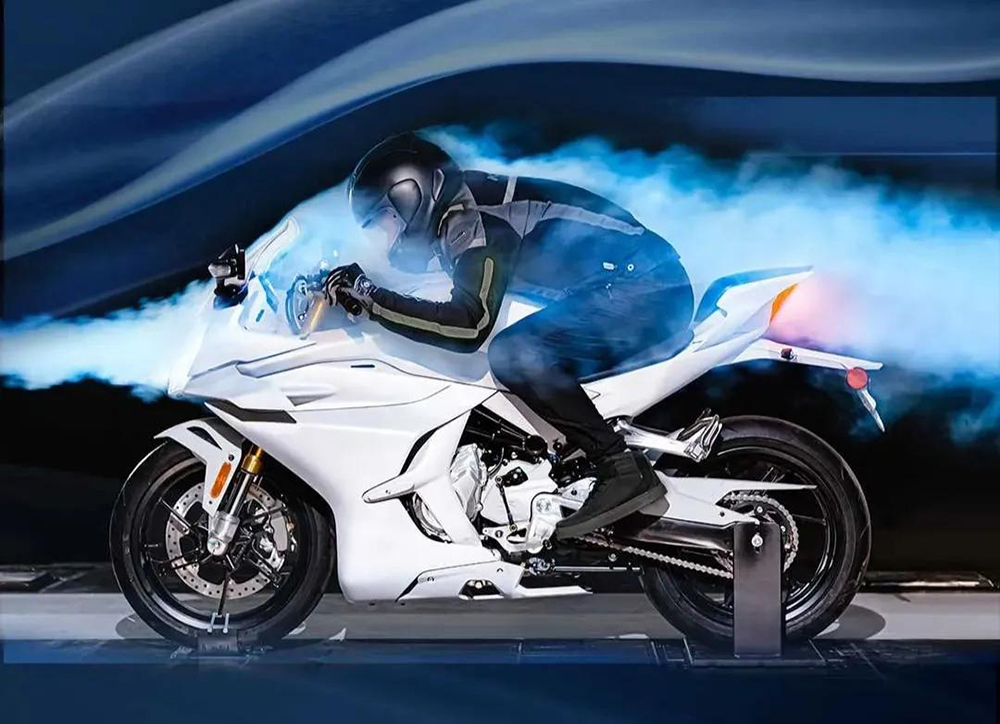 The 450cc engine itself is brand new. Unlike CFMOTO’s other parallel twins, it uses a 270-degree crankshaft to mimic the firing intervals of a 90-degree V-twin, which should be a recipe for a more characterful delivery, and it also appears to be more compact than the company’s existing 400cc twin, which is a sleeved-down version of the larger 650cc CFMOTO engine. There has been some suggestion that the engine could be related to the planned ‘490’ twin that’s long been planned by KTM; the Austrian firm is a partner of CFMOTO. Many KTM bikes and engines are built in China at CFMOTO’s factory, and both the new CFMOTO 800MT and 1250TR-G bikes use KTM-derived engines. The 450SR’s engine is certainly quite similar in terms of layout to the KTM 890 twin, so it’s easy to imagine that the two engines might have come from the same drawing board. 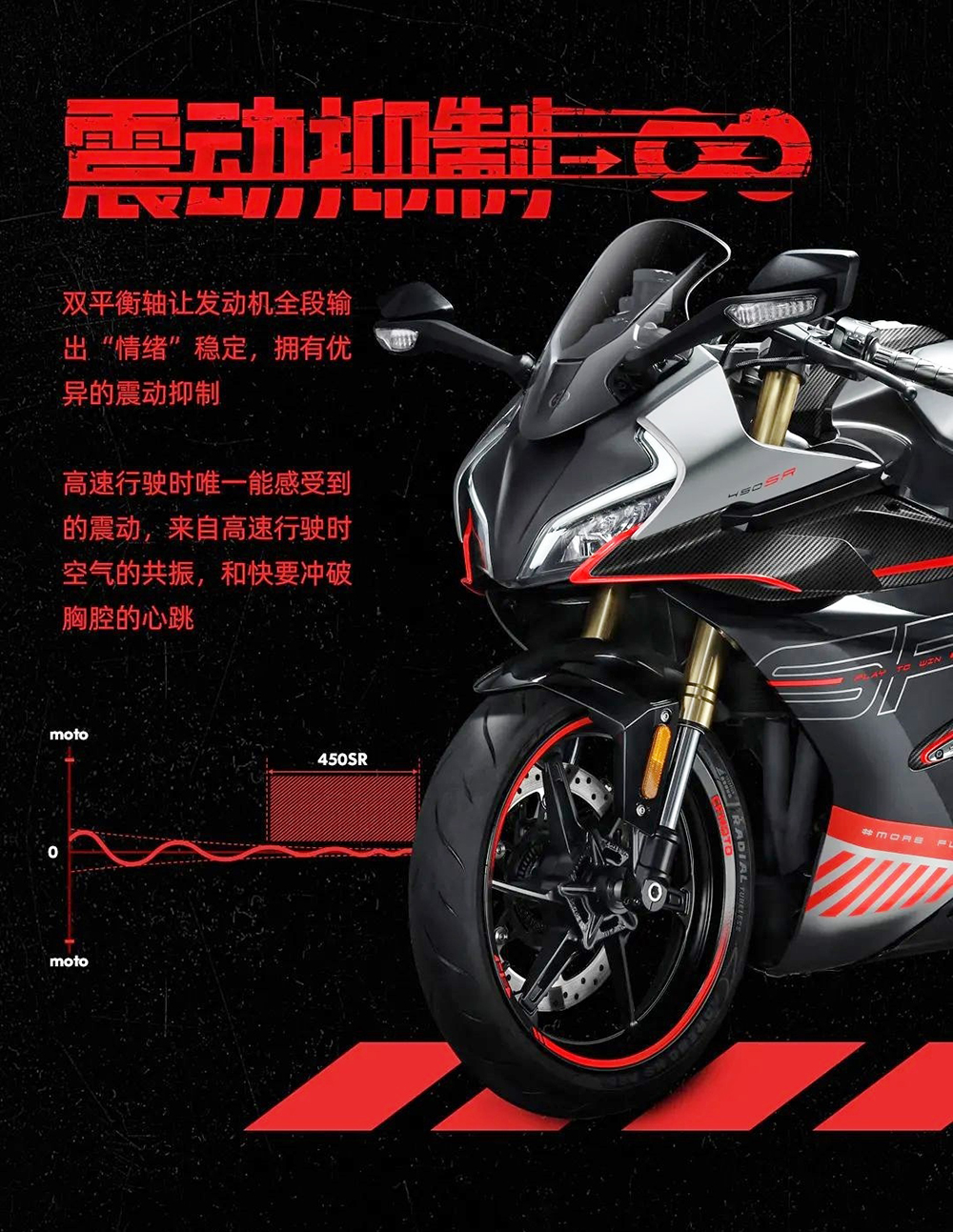