Details of the 2022 Yamaha XSR900 have been released with the retro naked sporting updated looks, 80s inspired paintwork and many of the changes that the new MT-09 has received including a new frame, larger capacity triple-cylinder engine and

Not merely a revival of an ancestor or simply vintage-inspired, Yamaha has designed the XSR as a tribute to iconic motorcycles from the company’s history, while at the same time offering performance-minded riders the latest engine and chassis technology. 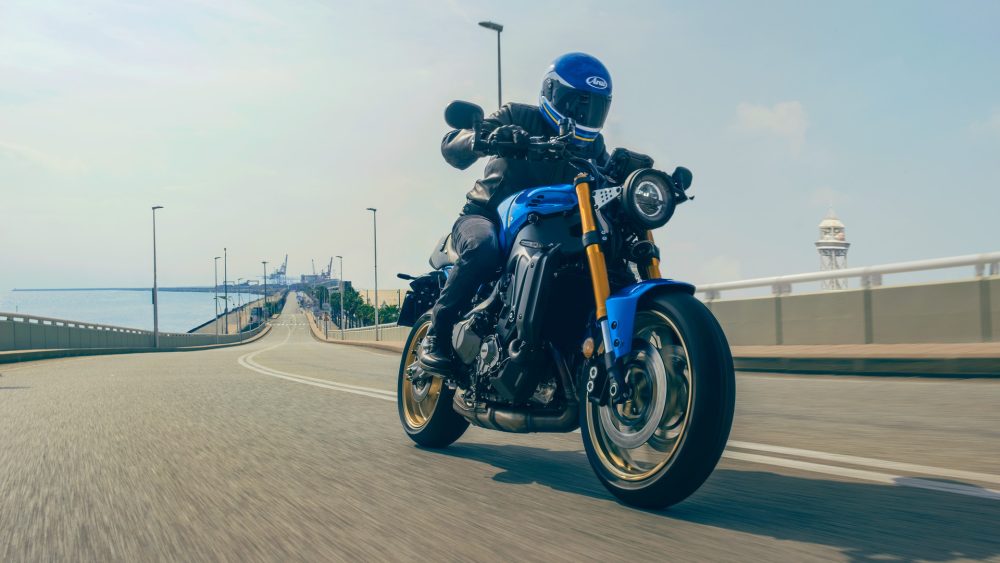 The XSR features a new lighter, stronger and sharper Deltabox aluminium chassis that provides increased longitudinal, lateral and torsional rigidity resulting in better straight line stability without affecting agility. The head pipe is located 30mm lower than the previous model for increased feeling when cornering. This allows the handlebars to be mounted lower to give the XSR900 a more aggressive stance. Combined with other changes to the chassis there is a 14% reduction in inertia around the steering axis compared to the previous model – enabling the rider to corner quickly, accurately and confidently. 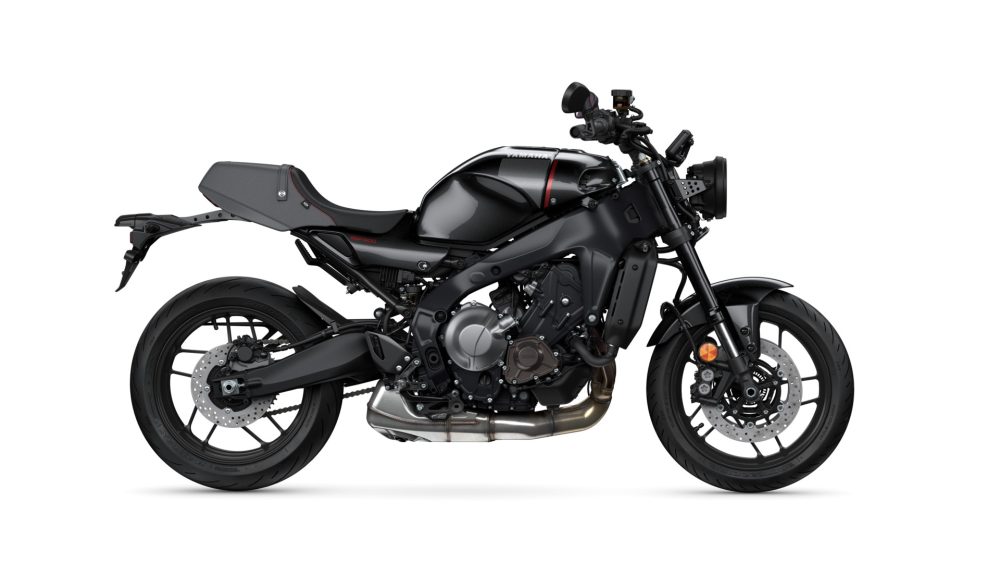 Straight line stability is also enhanced by the fitment of a box-section aluminium swingarm that is 55 mm longer than the previous model and the swingarm now pivots inside the frame which is a slimmer and more rigid design. 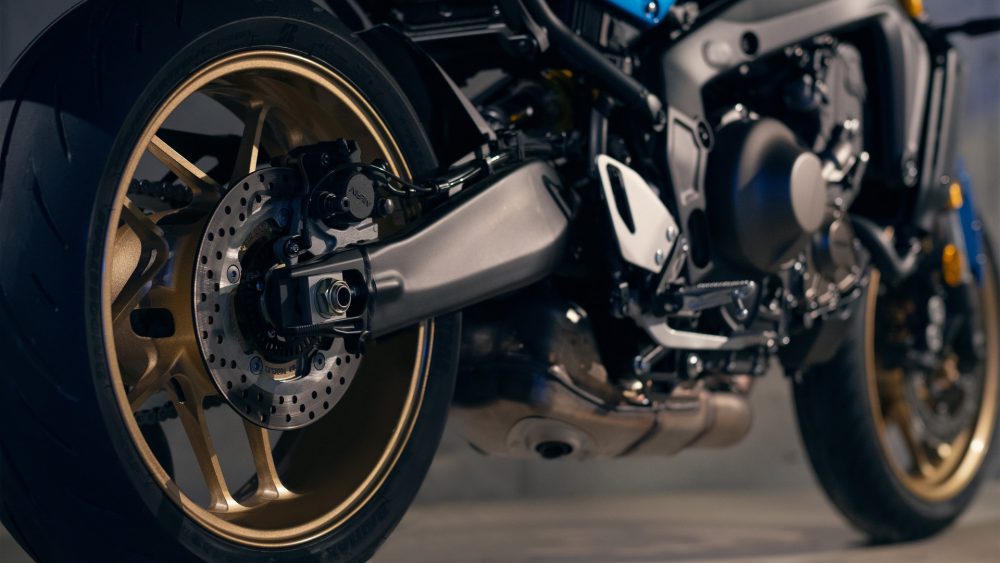 For 2022 the XSR900 is driven by a more powerful, larger capacity 889cc CP3 engine producing stronger, linear torque for outstanding acceleration. Compared to the previous engine, the new unit features a 3mm longer stroke to give an extra 43cc, and virtually all of the major internal components have been redesigned and lightened to make this one of the strongest performers in its class.

Lighter pistons contribute towards the engine’s lower weight (not including the exhaust) – 300g less than previously – and these changes give a 2.94 kW increase in power up to 87.5 kW at 10,000 rpm. More significantly the torque produced by this engine increases to 93 Nm. This represents an increase of 6% in torque, and it is achieved at only 7000 rpm – a figure that is 1500 rpm lower than the previous model. 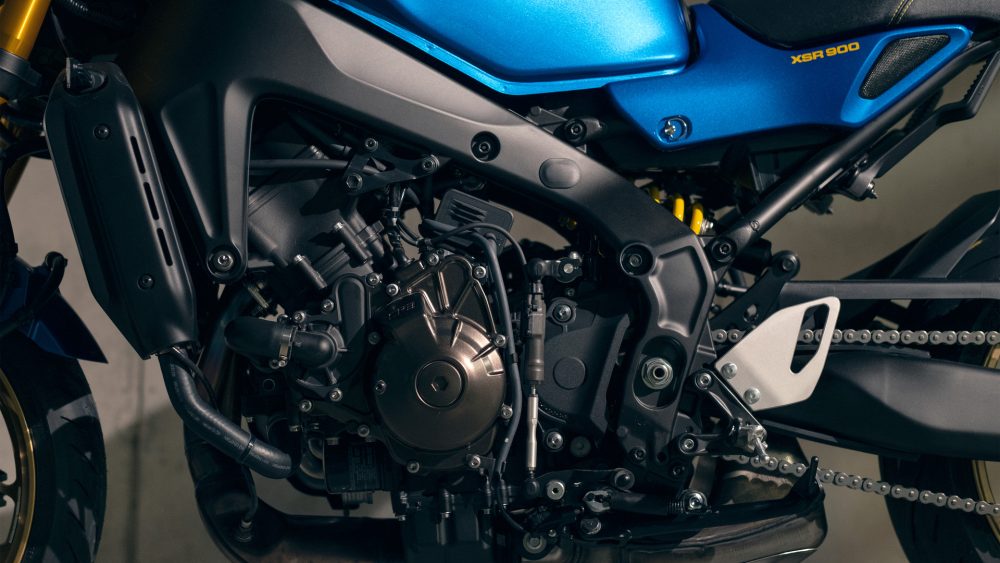 To handle the XSR900’s increased torque levels the A&S clutch is uprated with new friction plates, and the cam angle of the clutch is changed from 30 degrees to 33 degrees, reducing the load on the clutch springs, and providing a lighter clutch pull at the lever. 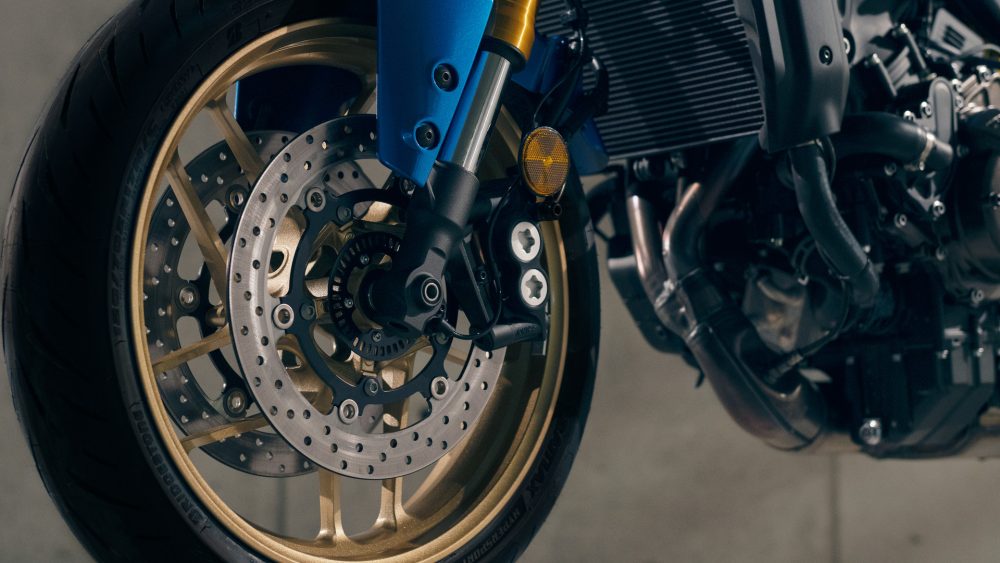 The XSR features fully adjustable KYB USD front forks with a gold finish and link-type rear suspension that features a forward inclined adjustable KYB shock virtually hidden from sight to give the rear a clean and sleek appearance.

The XSR’s new aluminium 10-spoke spinforged wheels are Yamaha’s lightest ever and are 700g lighter than before. This significant reduction in unsprung weight gives more responsive suspension action, decrease inertia at the rear by 11% to make the new XSR900 feel much more responsive, particularly when cornering and braking. 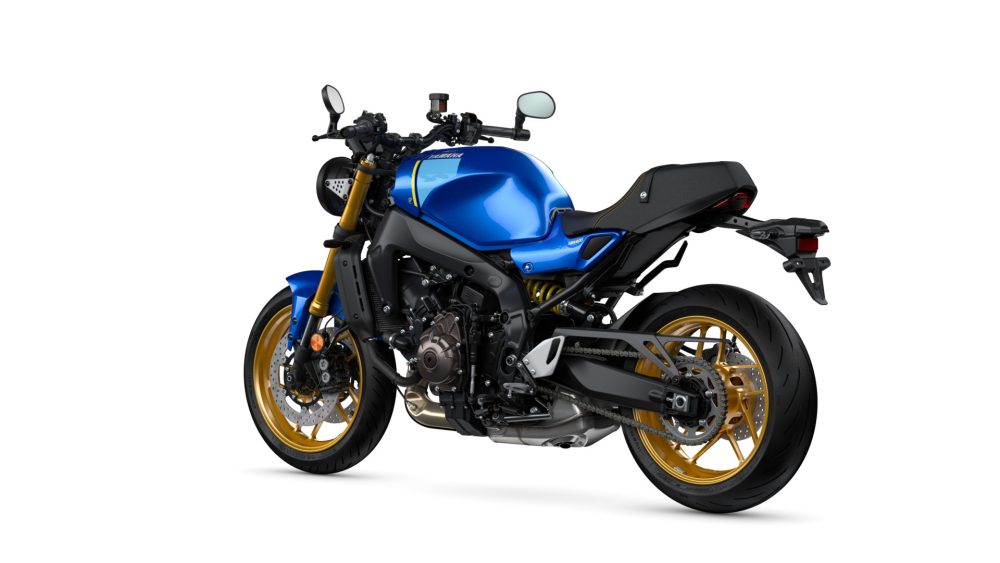 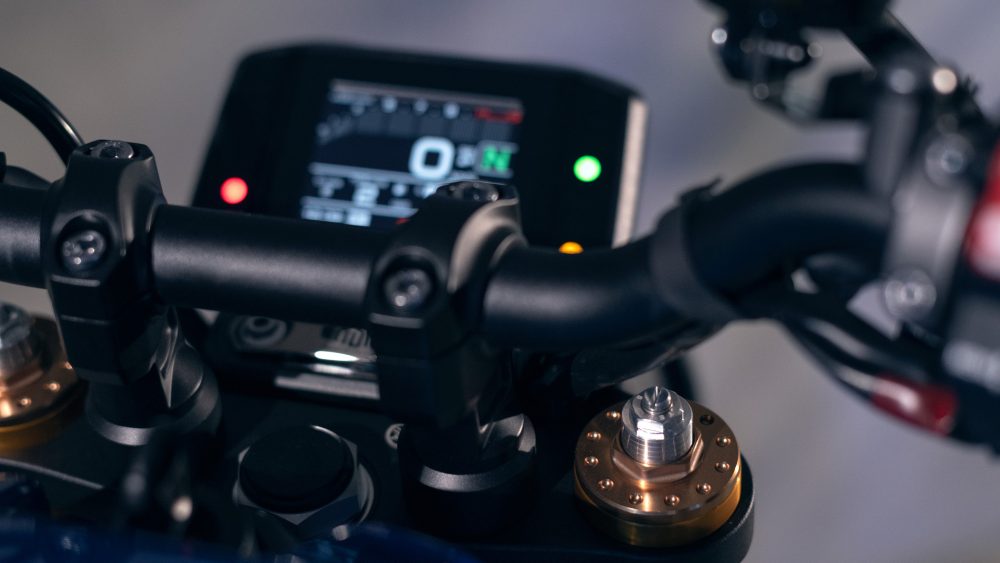 The previous model’s circular LCD unit is now replaced with a 3.5-inch full-colour TFT display with a bar-type tachometer that changes colour with rising rpm and also has a configurable display of secondary information.

The XSR is available in an 80s inspired Christian Sarron Legend Blue colour scheme or in Midnight Black. Pricing and availability have yet to be announced by Yamaha Australia. 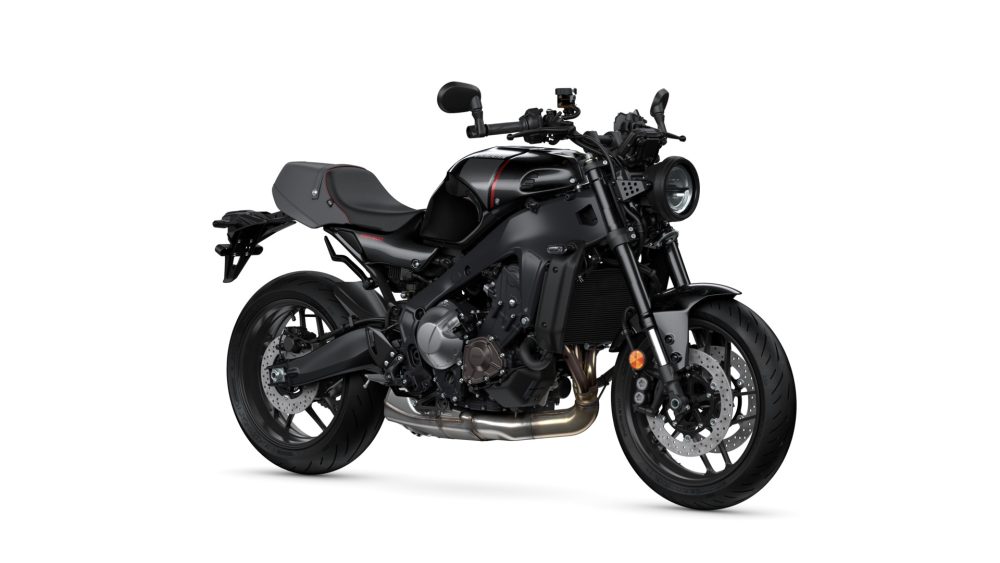 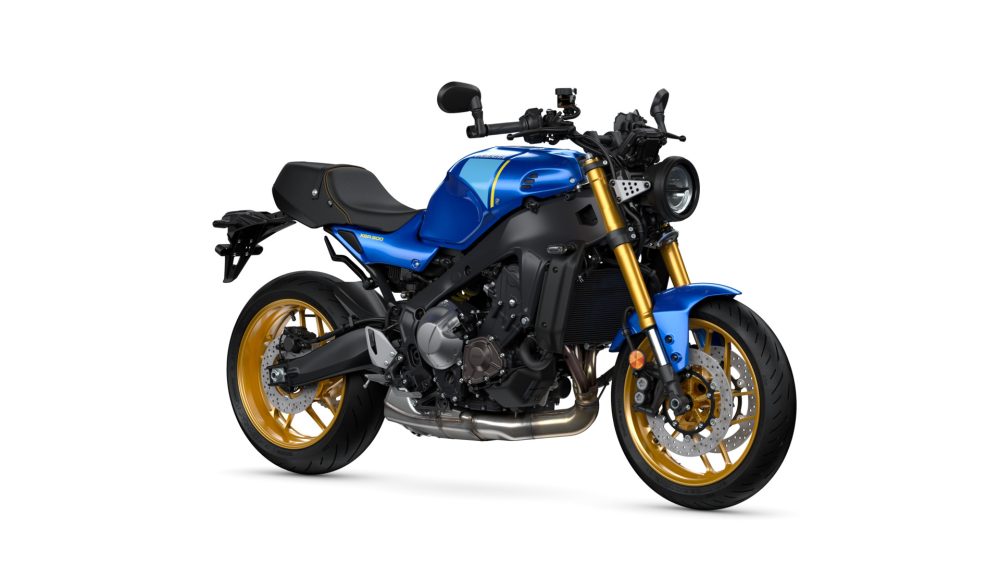 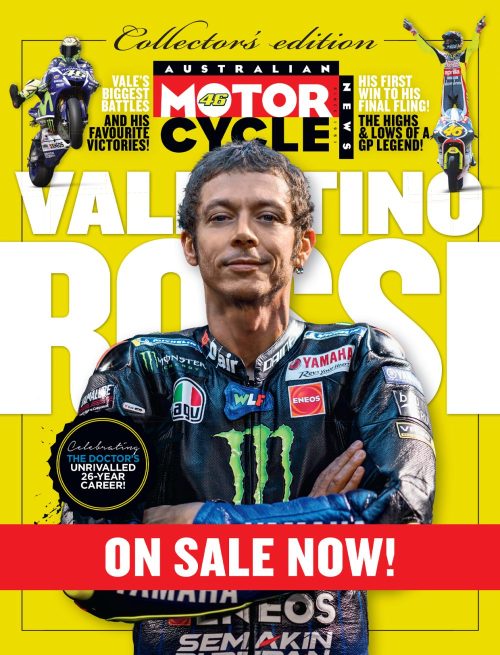