A year ago Benda was just one of a host of Chinese brands turning out uninspiring single and twin-cylinder cruiser models but in the space of 12 months, the firm has transformed itself into one of the most intriguing bike companies to have emerged from China.

Now, hot on the heels of launching a brace of 680cc inline four-cylinder models – the crazy-looking LFC700 power cruiser and the flat track style LFS700 – the firm has revealed a pair of new V4 engines that it says will reach production in 2022. 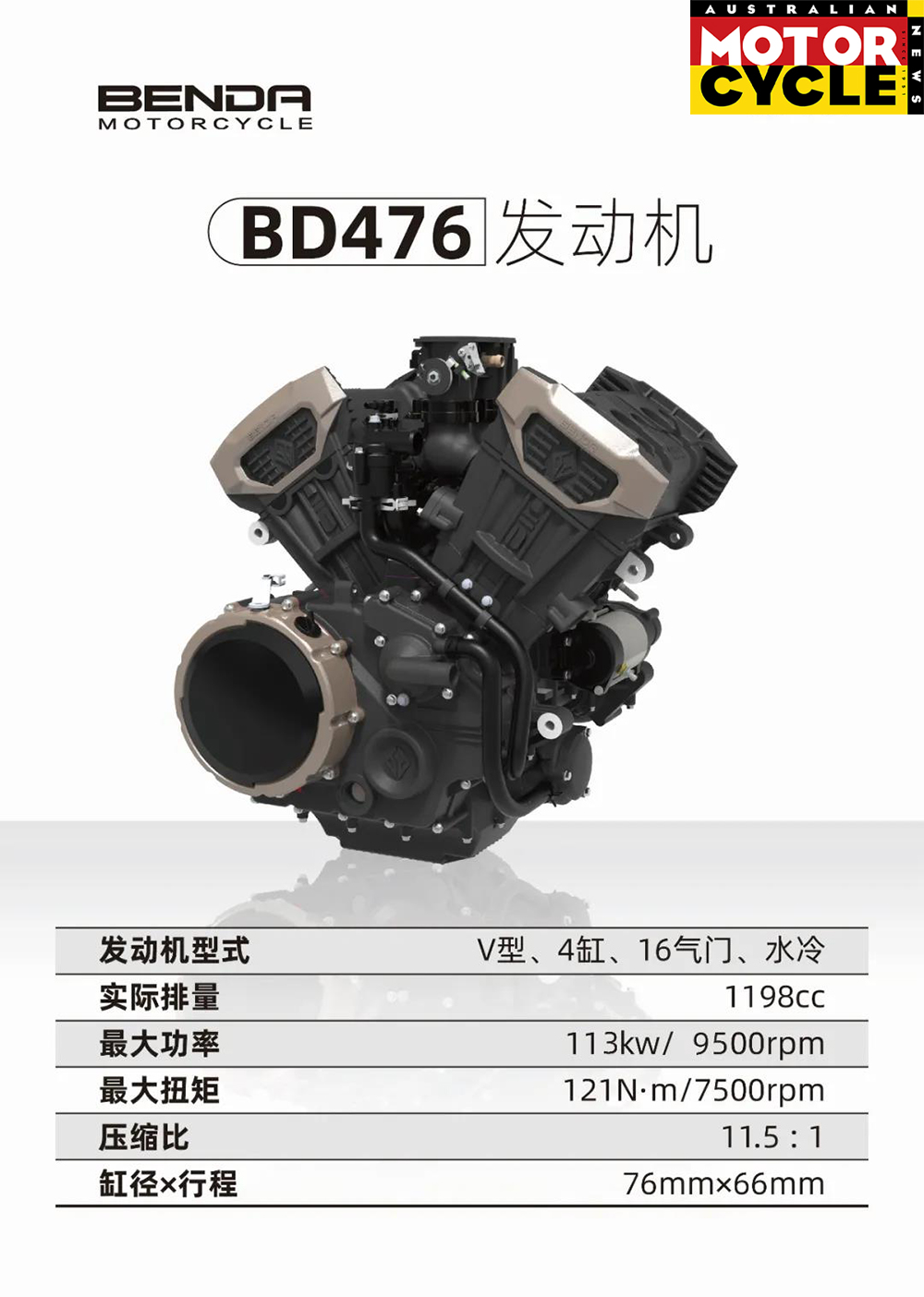 Both share the same DOHC, 16-valve, water-cooled design, with a 70-degree V-angle and 11.5:1 compression ratio, and although the firm has yet to confirm it, the dimensions of the pair suggest a 1000cc version is also in the pipeline. That’s what you get if you use the bigger engine’s 76mm bore with the smaller motor’s 55.2mm stroke. 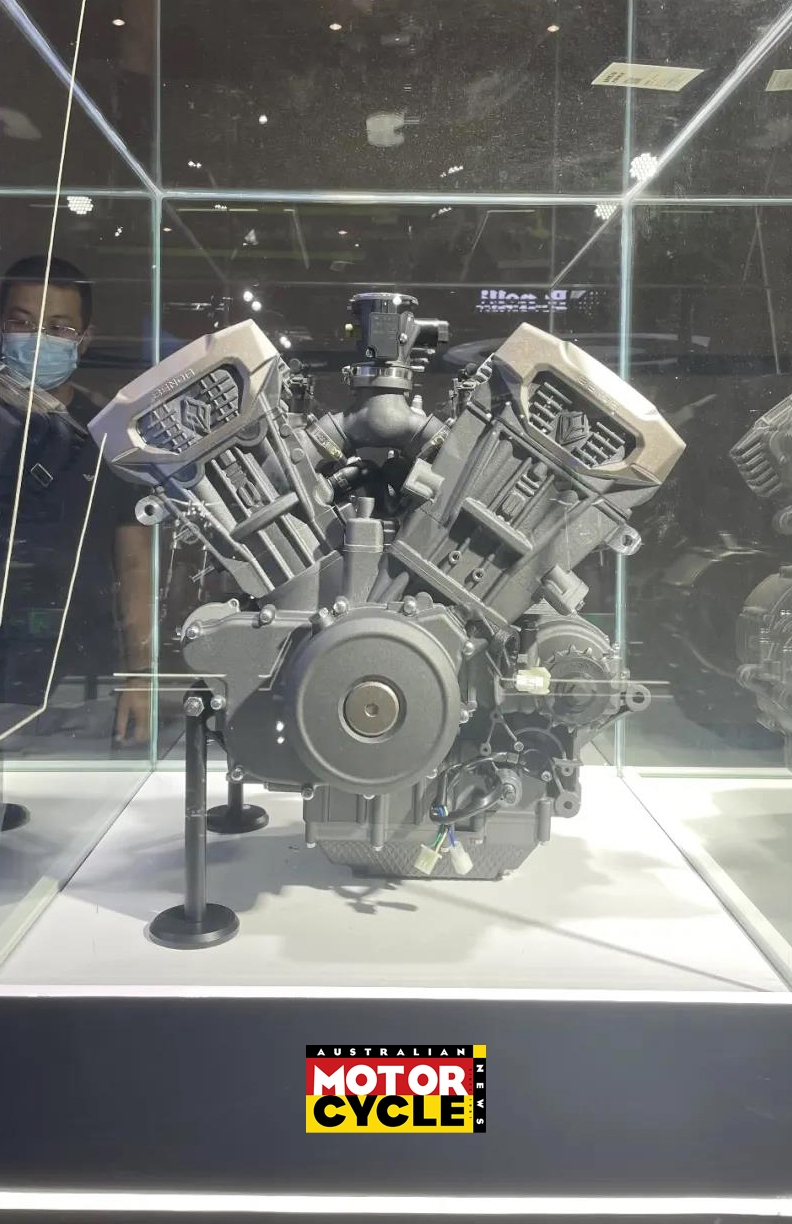 As it stands the bigger motor combines its 76mm bore with a 66mm stroke – dimensions that are the same as those used by Yamaha’s old 1200cc V-Max. However, the Benda engine doesn’t appear to be a direct copy of any existing V4. If it achieves its claimed 113kW, the 1198cc Benda engine stands to be the most powerful homegrown power unit seen in a Chinese bike.

The smaller version has unusual internal dimensions, with a very narrow 53.5mm bore, making it under-square when allied to its 55.2mm stroke. That suggests a focus on torque at low revs rather than out-and-out performance. Since the engine is physically as big as the 1198cc unit, it’s likely to go into the same bikes, catering for riders who need a smaller engine, perhaps due to licence rules or tax classes, depending on where the machines are sold. 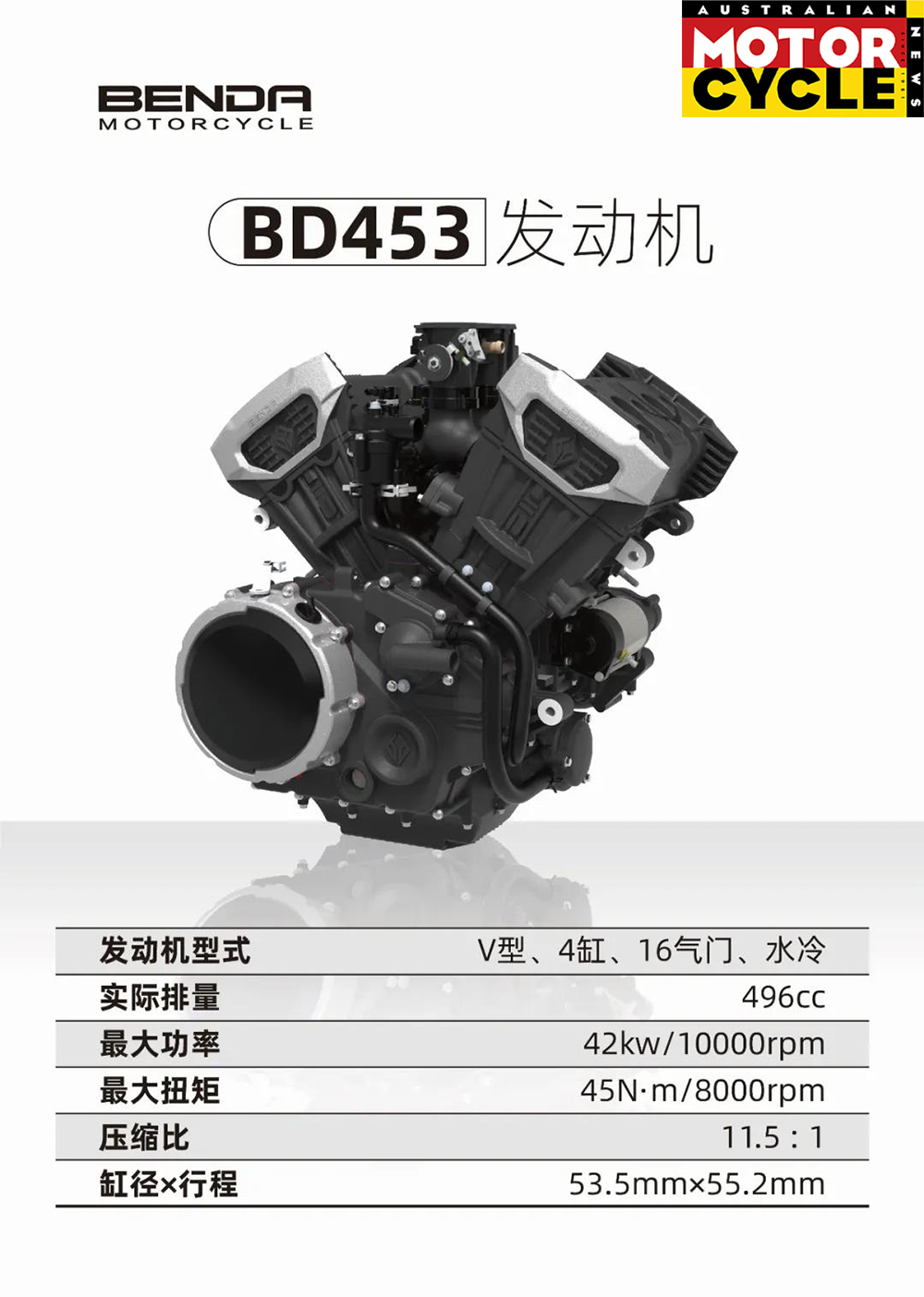 Given the impressive styling of the LFC700 and LFS700 models Benda launched earlier this year, it will be interesting to see how the firm employs the new V4 engines, and we shouldn’t have to wait many months before we find out, as the firm plans to put them into production before the end of 2022.

Meanwhile, we’re still waiting to see Benda’s planned 300cc V-twin turbocharged sports bike, the VTR300 Turbo, which the company hinted at back in January. Given the pace of development at the firm, it could be a very interesting bike indeed. 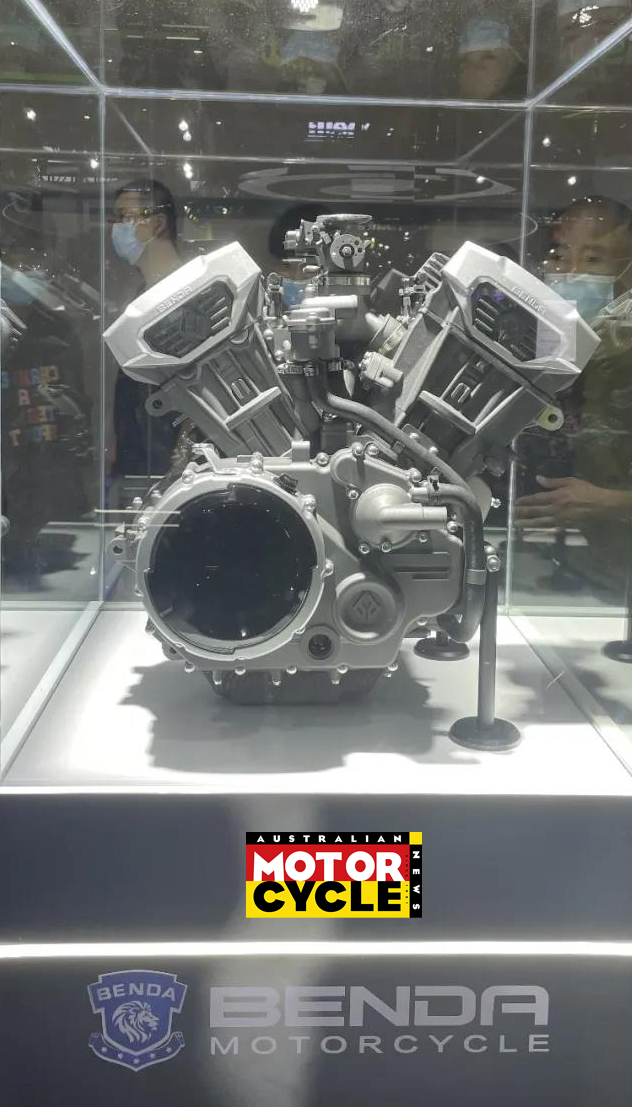