CFMOTO has hit the switch on its global ZEEHO electric sub-brand with the debut of the Cyber concept vehicle, the production version of which is due to go on sale in China in the first half of 2021 before reaching Australian showrooms in 2022.

With its ‘Life Amplified’ philosophy, ZEEHO was conceived to provide a design-led lifestyle to young generations through tech-driven and environmentally-conscious urban mobility. 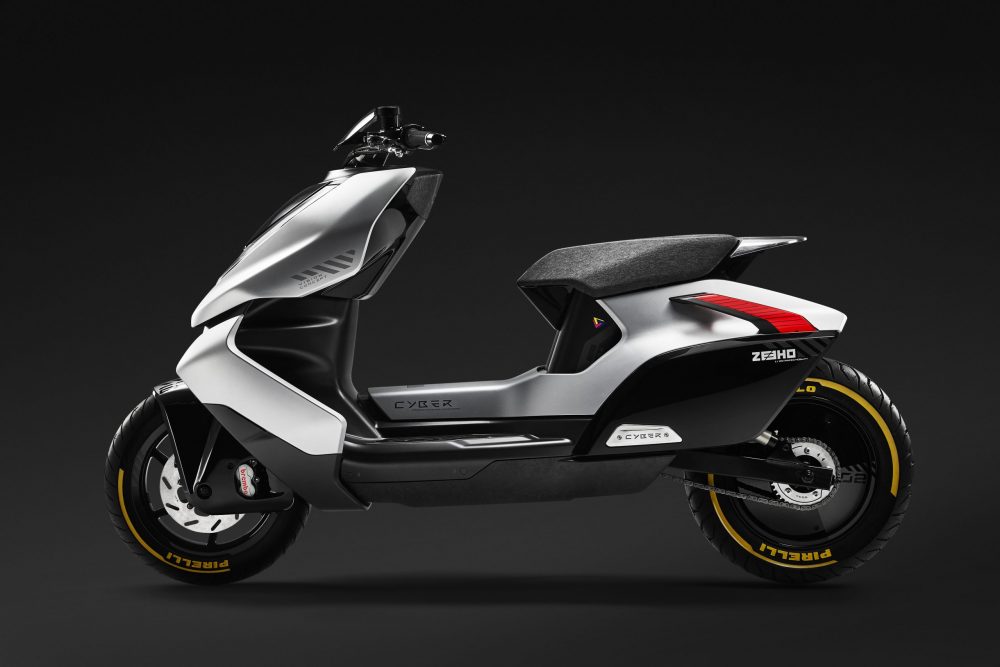 Through CFMOTO’s collaboration with Kiska Design, ZEEHO electric vehicles are also aesthetically driven while integrating form with function for future generations. This symbiosis can clearly be seen and experienced throughout several design cues and junctions of materials of the Cyber concept. Examples of this include determined and progressive design coupled with fluid body lines, double-winglet neon lights and striking LED headlights. 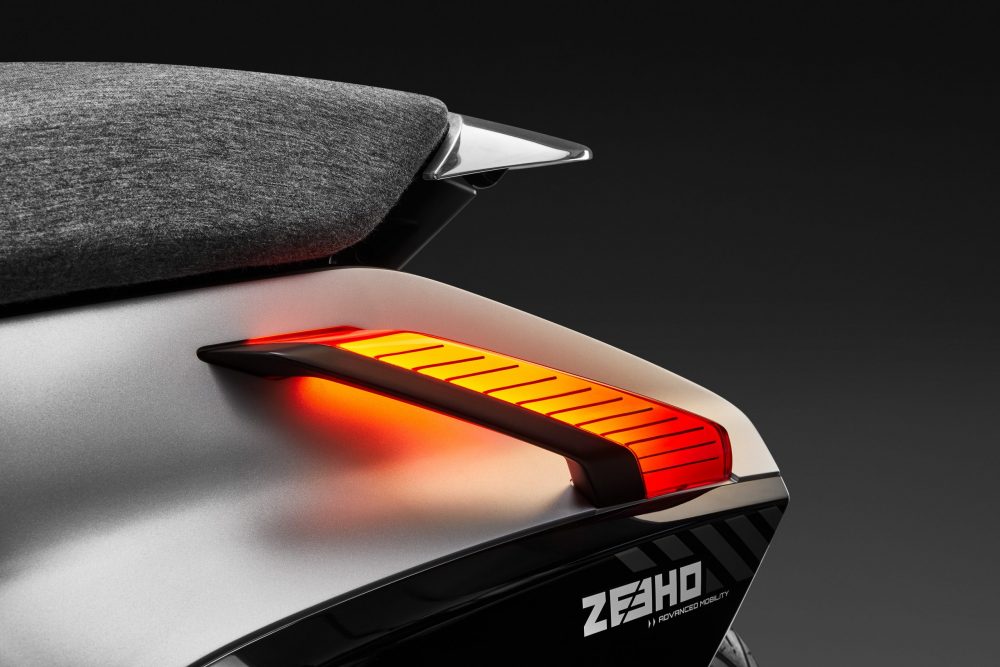 As the first of several ZEEHO electric vehicles, the Cyber concept debuts ZEEHO’s Cobra powertrain, which comprises a 10kW mid-mounted and water-cooled IP6-certified electric motor delivering 21.3Nm of torque. This gives the lightweight Cyber concept a convenient 0-50km/h sprint time of just 2.9 seconds onto a top speed of 110km/h. 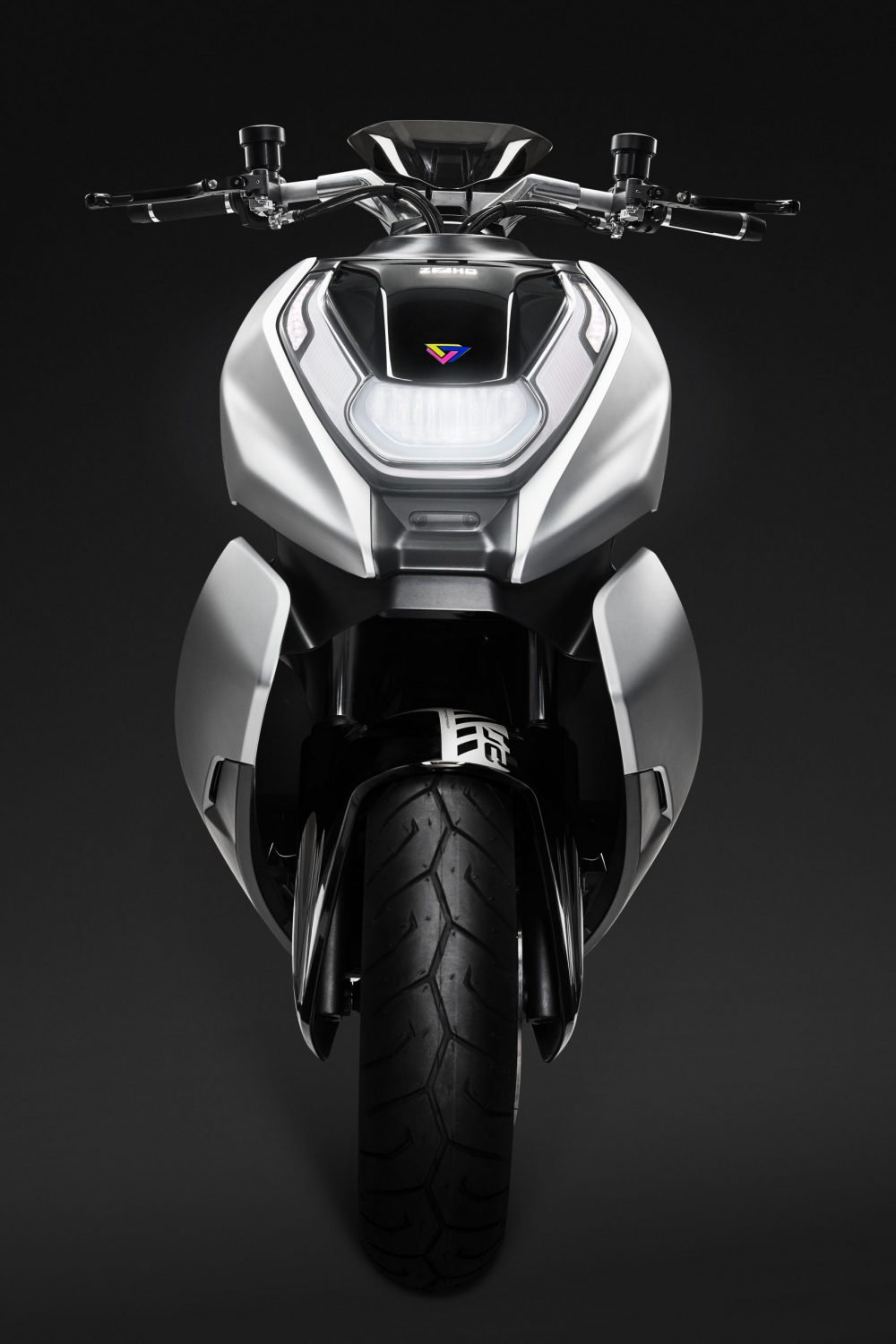 The battery management system has a lifespan of 2500 cycles, or eight years, and a riding distance of up to 300,000km during operating temperatures between -20 and 55 degrees Celsius, thus making it suitable in most climates around the world. 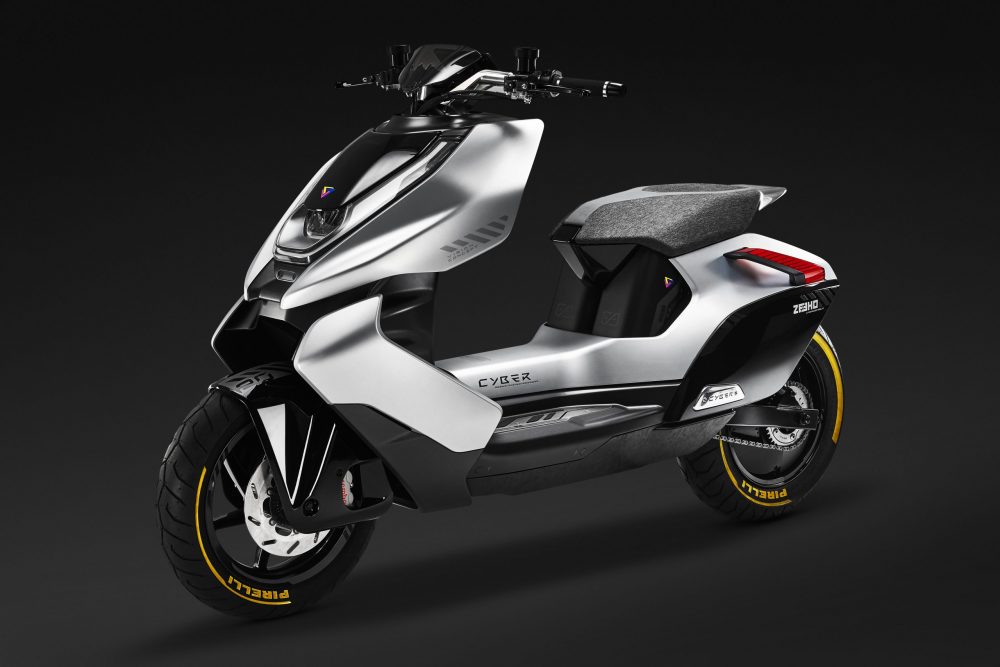 The tech-driven philosophy further extends to the fitment of six high-definition cameras for a complete 360-degree obstacle warning system.

A Bosch stability control system provides the surety of control and safety during low-grip conditions and is controlled through ZEEHO’s ‘Just ride’ ride-by-wire system, which offers ‘Eco,’ ‘Street’ and ‘Sport’ riding modes.

Other technical highlights include Brembo brakes with ABS; adjustable high-performance suspension and Pirelli Diablo tyres paired with aggressive alloy wheels including an imposing disc-style rear. Final drive is via chain. 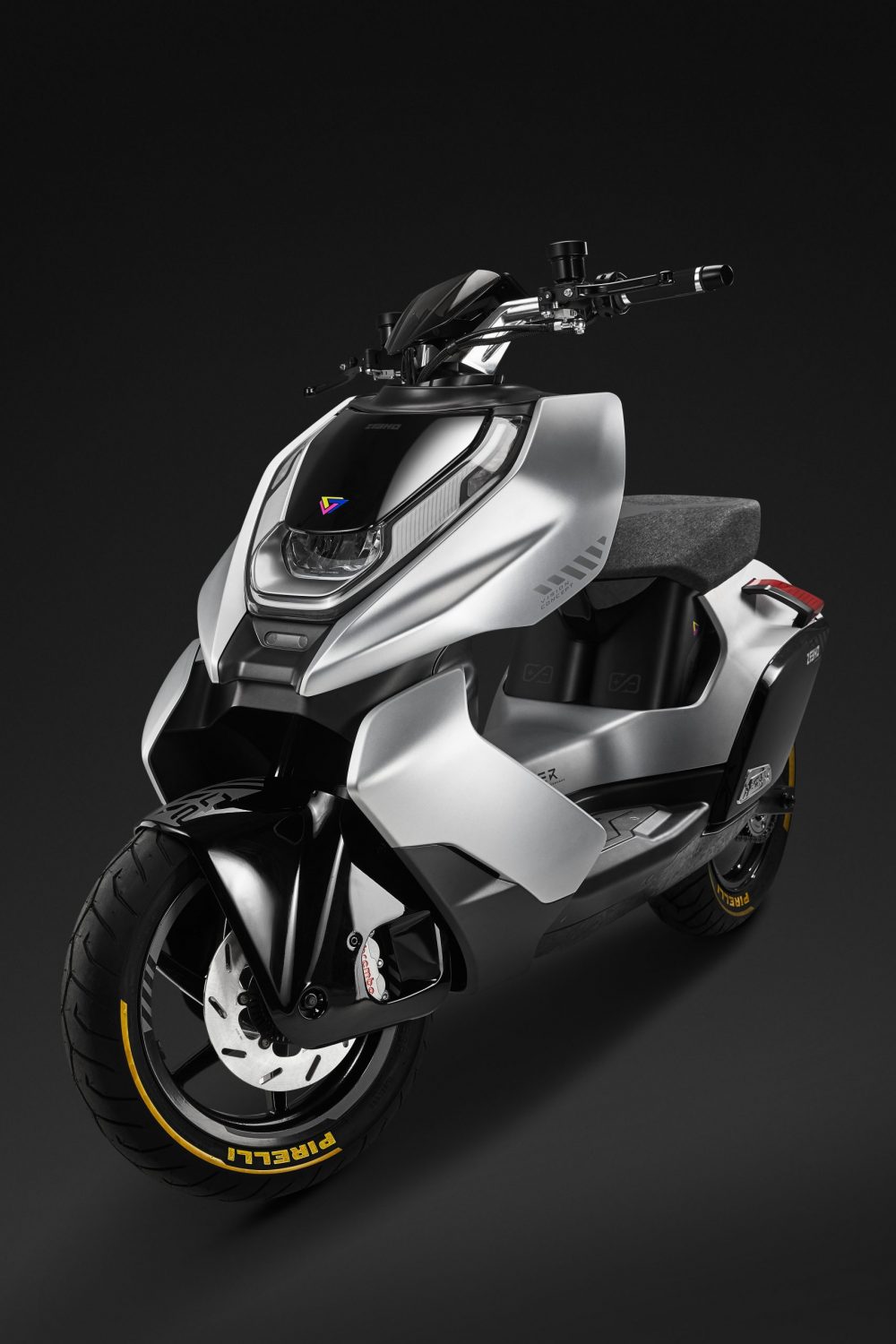 The ZEEHO app is a multifunctional integration of the vehicle which, in addition to battery status and navigation functions, provides a user-customisable dashboard; smart communications; keyless start and mobile unlock; voice commands; remote diagnostics as well as live vehicle tracking for vehicle security and traffic-appropriate integration of social networking. 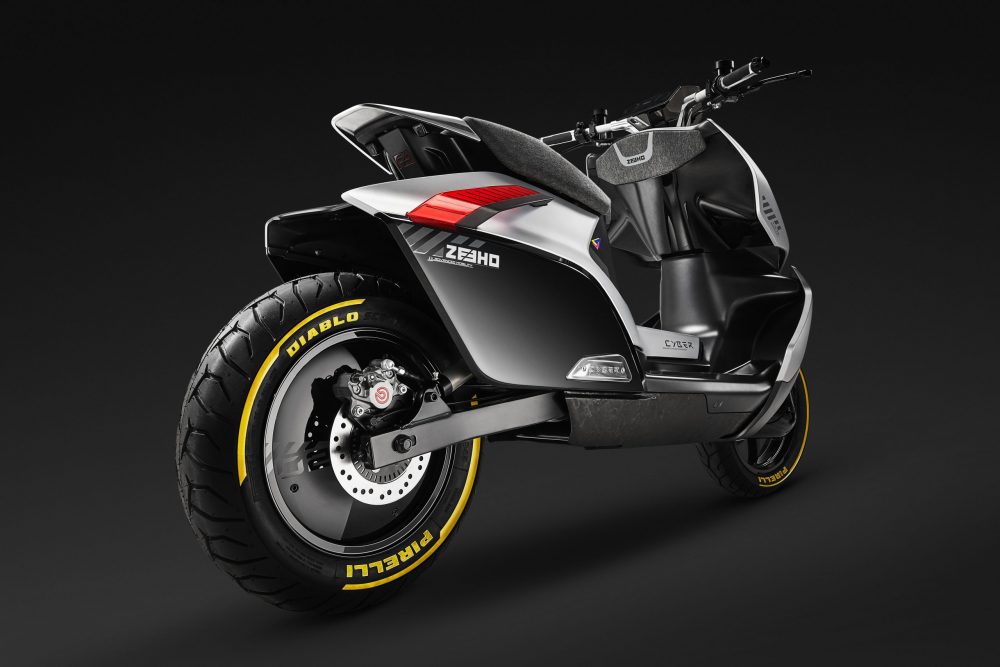 “As electric bikes begin to spark motorcycling’s main grid, the time has come for CFMOTO to plug in and launch its highly-anticipated EV sub-brand,” CFMOTO Australia director Michael Poynton says.

“Distinct design, tech and environmental consciousness underpin ZEEHO. For the Gen-Z riders of the world’s megacities, these represent the core fundamentals of urban mobility and similarly embody the guiding principles of ZEEHO. It’s going to be an electrifying ride.” 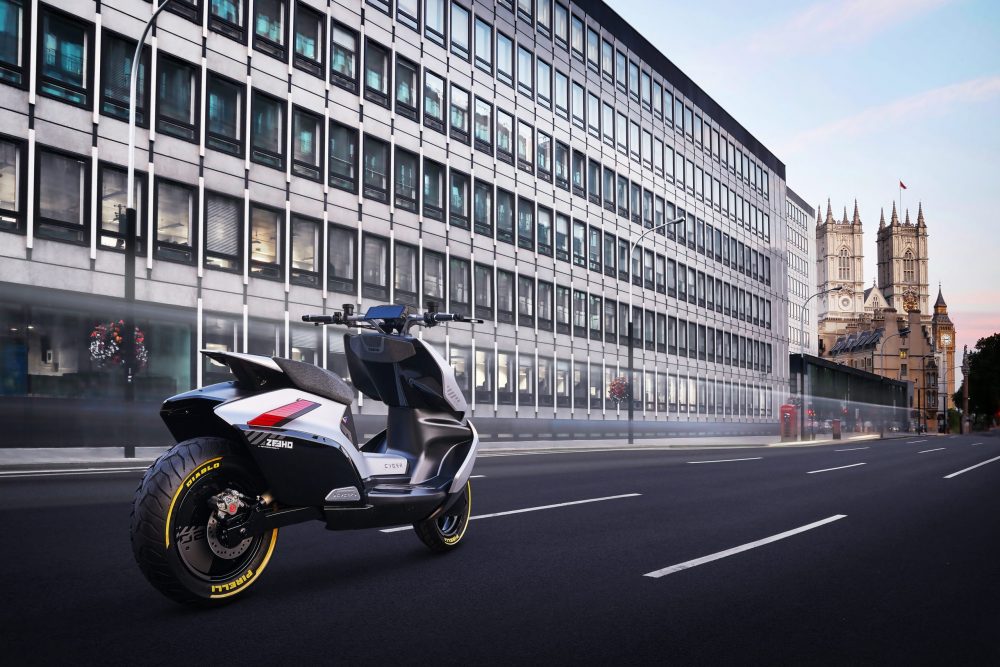