The development of the Honda LKAS (lane-keeping assist system) is well underway.

Imagine this. You are barrelling along a freeway at the legal speed limit on the latest Honda Fireblade when the traffic suddenly converges to avoid a pileup. In a split second, your handlebar is tweaked by a mysterious force and you avoid a serious crash.

This isn’t fiction, but the latest development in Honda’s long-term goal to make its motorcycles completely safe, even ending fatalities by 2050. In pursuit of that, its best brains are working hard on car-style rider assistance systems. Fortunately, Honda is also aware that we don’t ride bikes simply to get from A to B efficiently and safely, and nor will owners be happy to hand over control to a computer. So this means the development focus is implementing safety nets in such a way that we don’t notice they’re there until it’s absolutely vital. 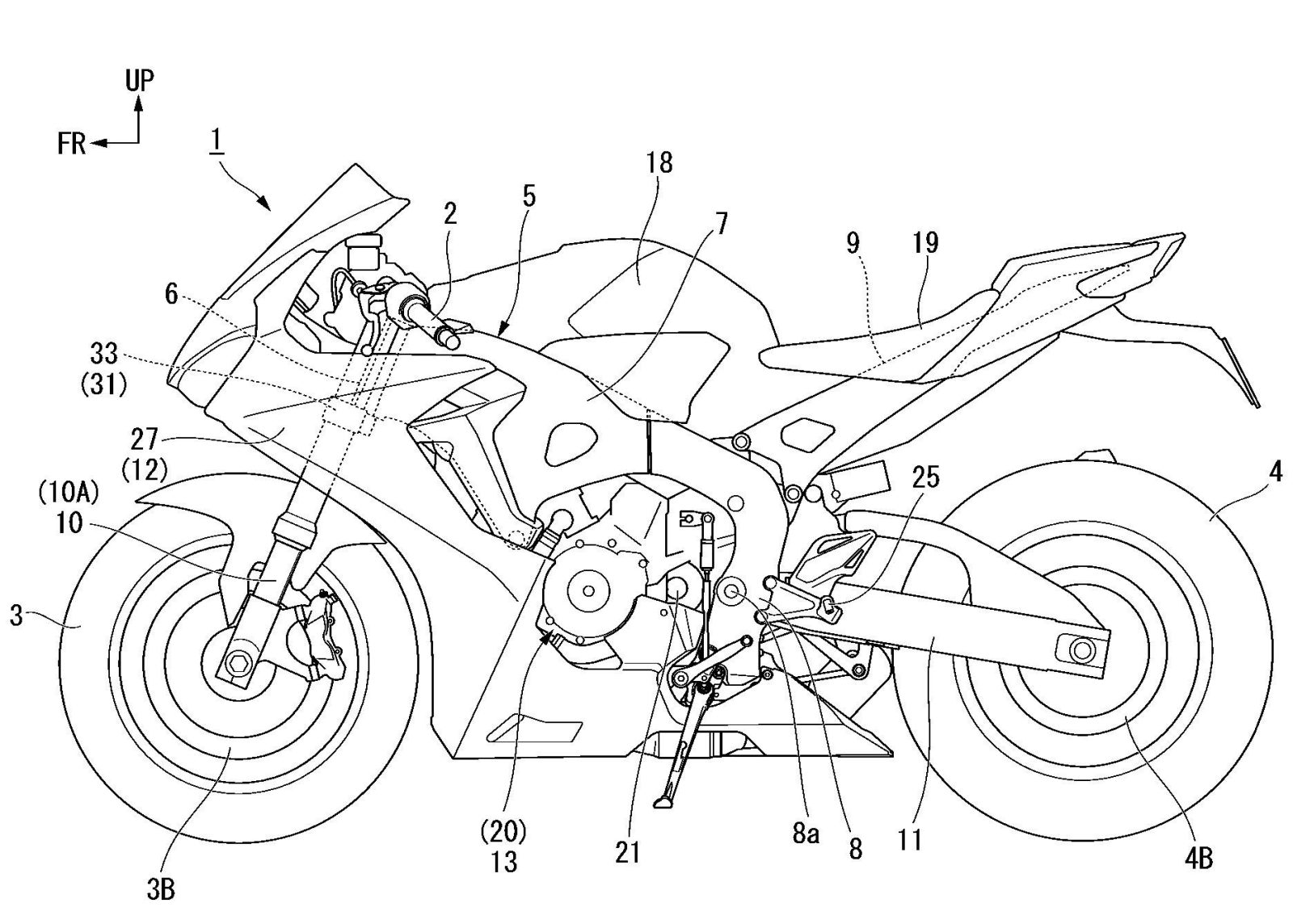 The latest patents from Honda show that its lane-keeping assist system (LKAS) for motorcycles will be just like ABS or traction control; completely unnoticeable until it’s forced to intervene. The system shown in Honda’s latest patents uses a last-generation Fireblade for illustrative purposes, but is clearly designed to be easily adapted to fit virtually any conventional motorcycle. 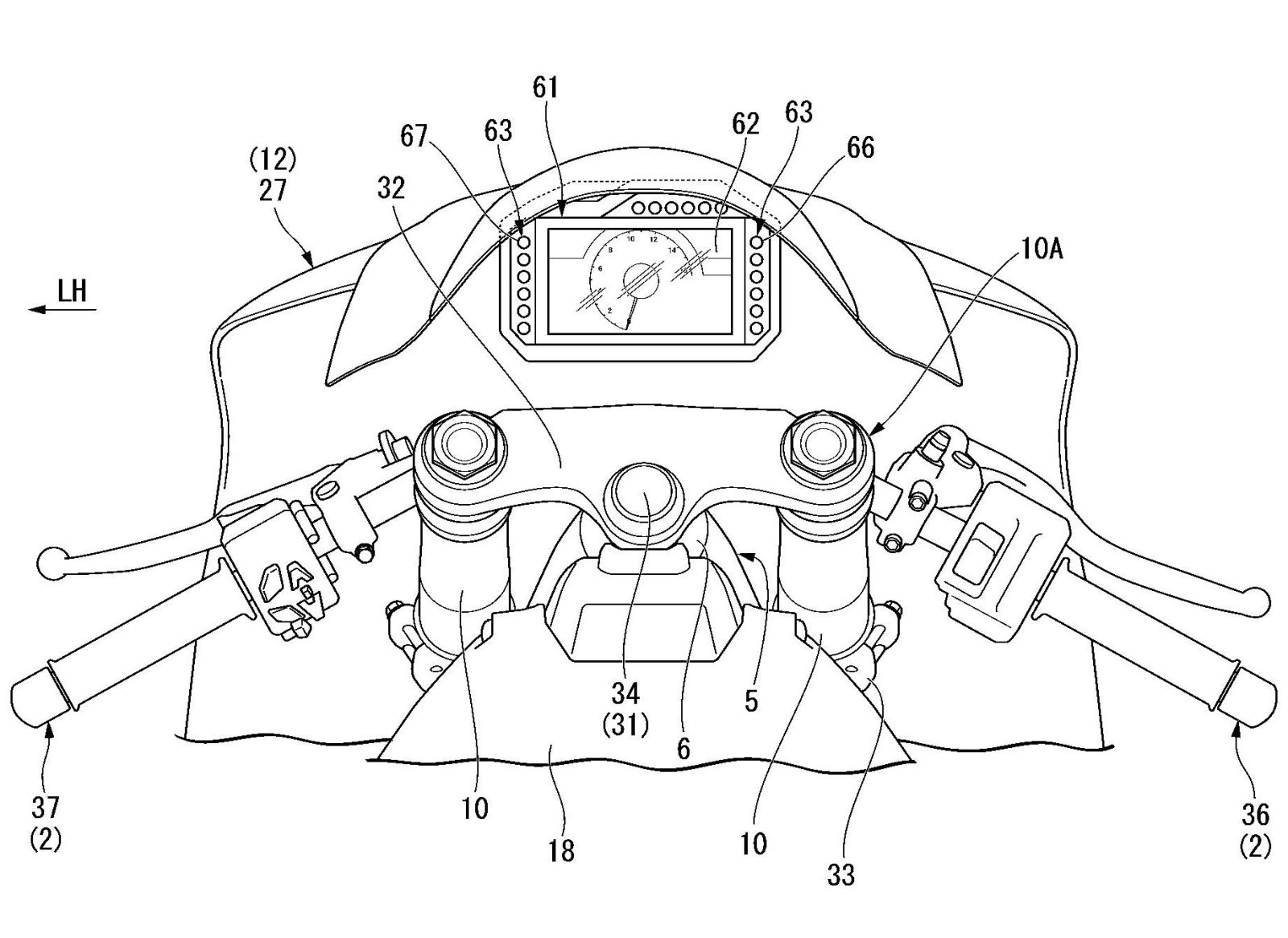 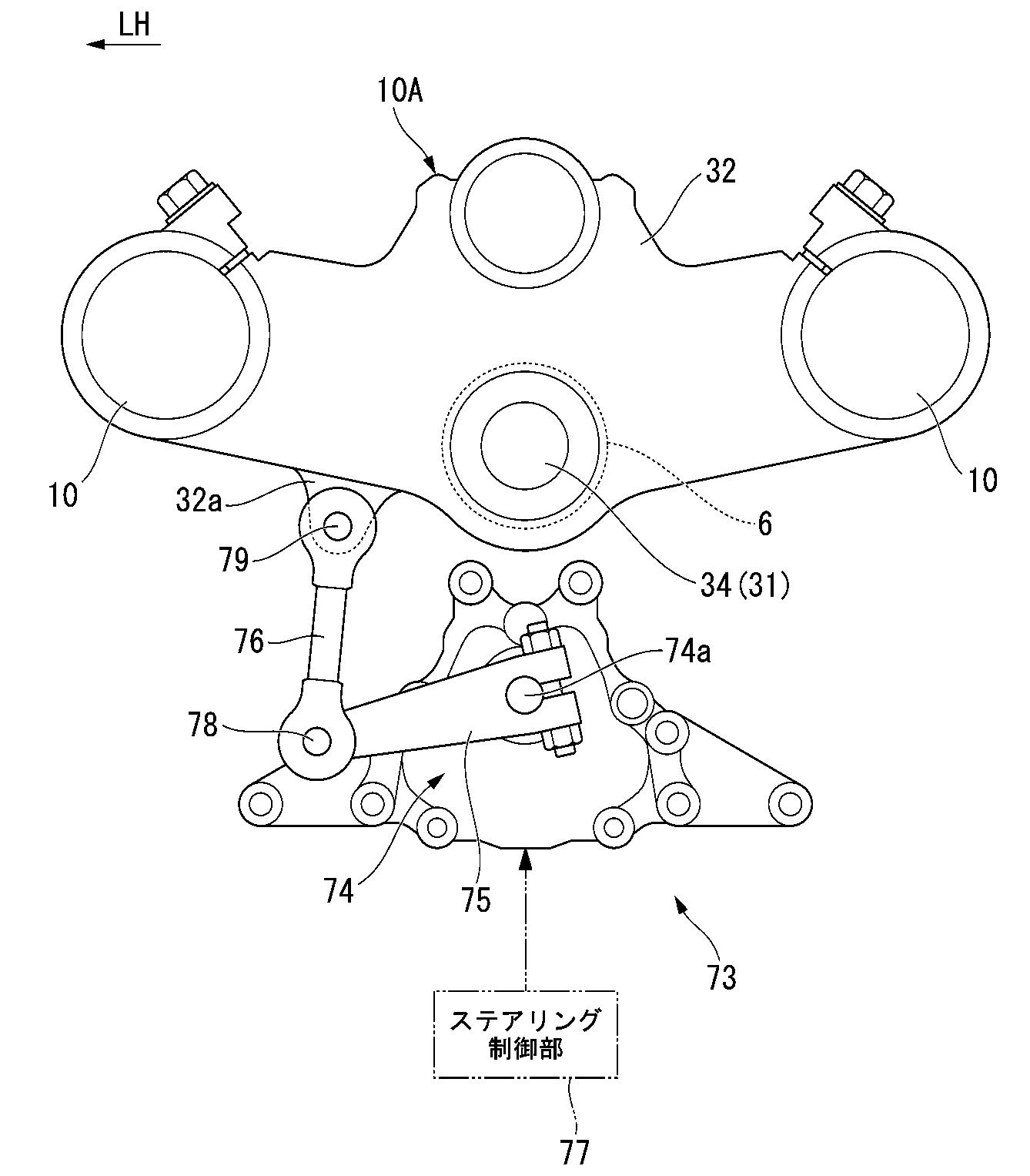 The main components are a front camera to keep an eye on lane markings, a radar to measure the distance to vehicles ahead and, most importantly, a steering servo to tweak the ’bars when needed and get you back on course. 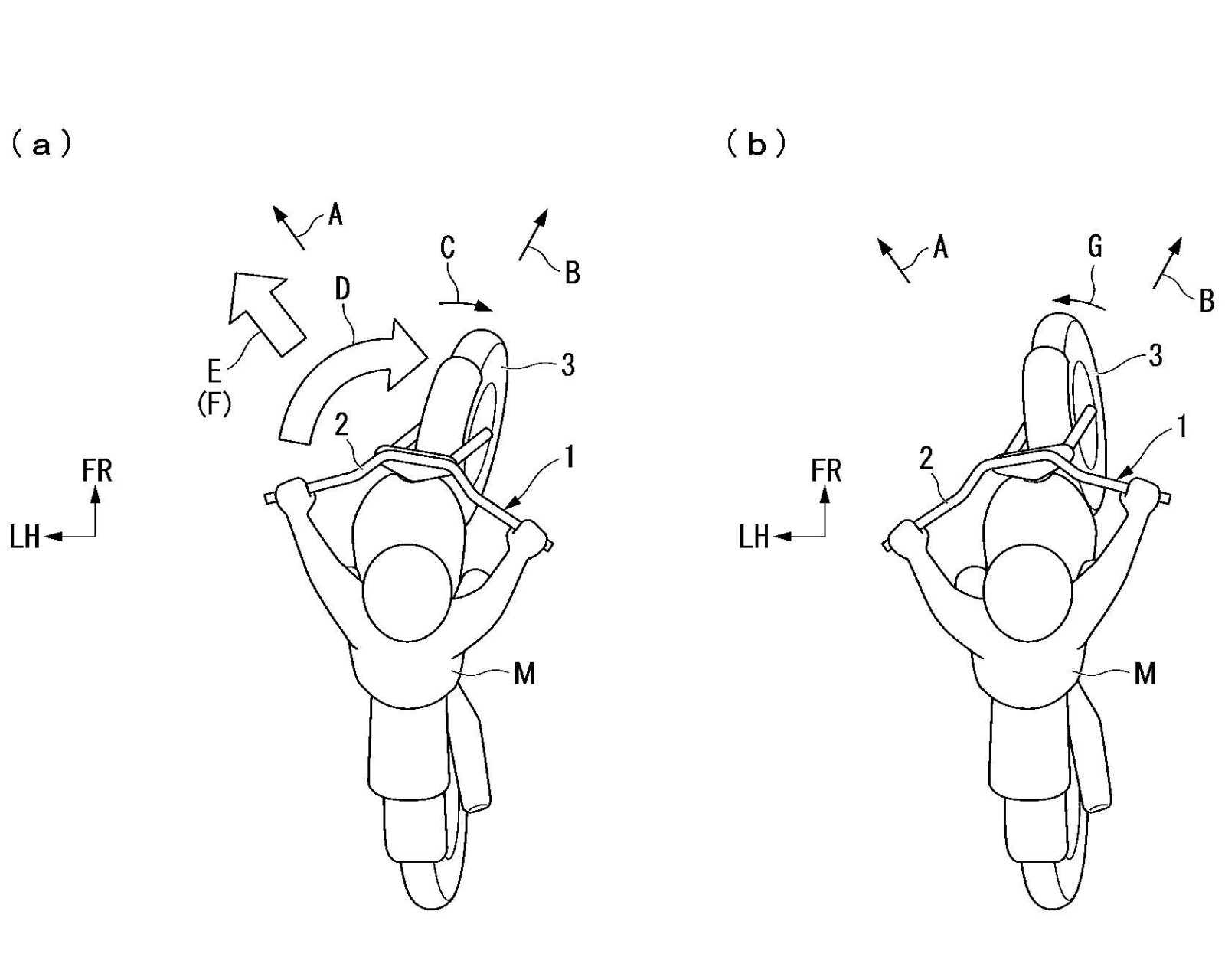 Essentially, the steering system is similar to the power steering we reported on that Yamaha is trialling with Aussie racer Jay Wilson on this year’s works motocross bikes in the All-Japan series (AMCN Vol 71 No 19). It uses a magnetostrictive torque sensor, measuring the changes in magnetic field to work out whether you’re applying steering inputs to the ’bars or if an external force like a bump or crosswind is trying to move the wheel. It can then work as an advanced active steering damper to filter out unwanted inputs.

The difference to the Yamaha power steering is that, instead of trying to help you move the ’bars, the Honda LKAS, in combination with the camera and radar, will step in to change course if it registers you’re drifting out of lane and making no positive movements to do it. At that stage, it can alert the rider with an onboard warning and, by adding a tweak of counter-steering, push the bike back on course. The system is also designed to step in if a vehicle ahead stops suddenly, helping swerve left or right to dodge it. 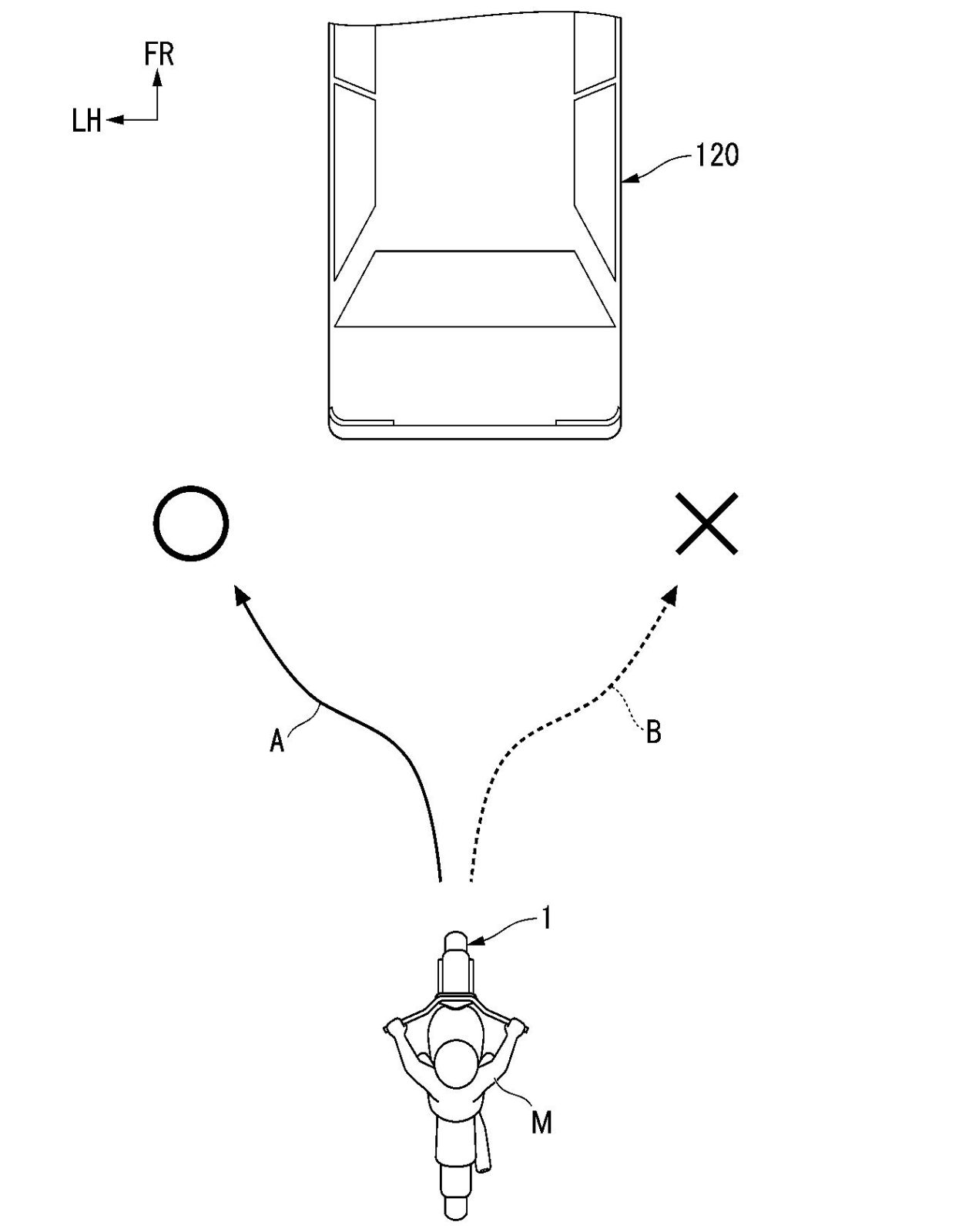 Despite the emergency situation the rider will stay in overall control. So Honda’s patent explains that as soon as it measures a positive input at the ’bars, it will deactivate the LKAS and let you decide what the best course of action is.

The whole system is tied into an array of technology on the bike, including sensors for throttle position, brake pressure, acceleration, speed and steering angle, as well as an IMU measuring roll, pitch and yaw. Additionally, Honda’s new patent includes a front suspension stroke sensor to disengage the LKAS system on particularly bumpy surfaces.

While Honda has been slow to adopt the latest radar-guided safety kit – beaten to the punch by Ducati, BMW, KTM and Kawasaki, with Yamaha expected to join the party in 2023 – it’s been working hard on developing both front and rear radar tech for future models, with the Goldwing and Africa Twin likely to be among the first recipients. Once radars and adaptive cruise control are the norm, LKAS is the natural follow-up.