With two dominating victories at the 24 Heures Motos and the Bol d’Or 24 Hours in France, the official factory team started the fourth round, and the season finale, with a comfortable lead in the championship standings. However, the team of Gregg Black, Xavier Siméon and Sylvain Guintoli, still needed to secure a good result to take the title at the 6 Hours of Most.

The team had a strong start when the super-cool and fast-starting Black grabbed the holeshot from third position on the grid. Without taking any unnecessary risks but keeping a strong pressure on the team’s opponents in the championship, the French-English-born rider finished his stint by placing the Suzuki in third position as he handed over to Siméon. 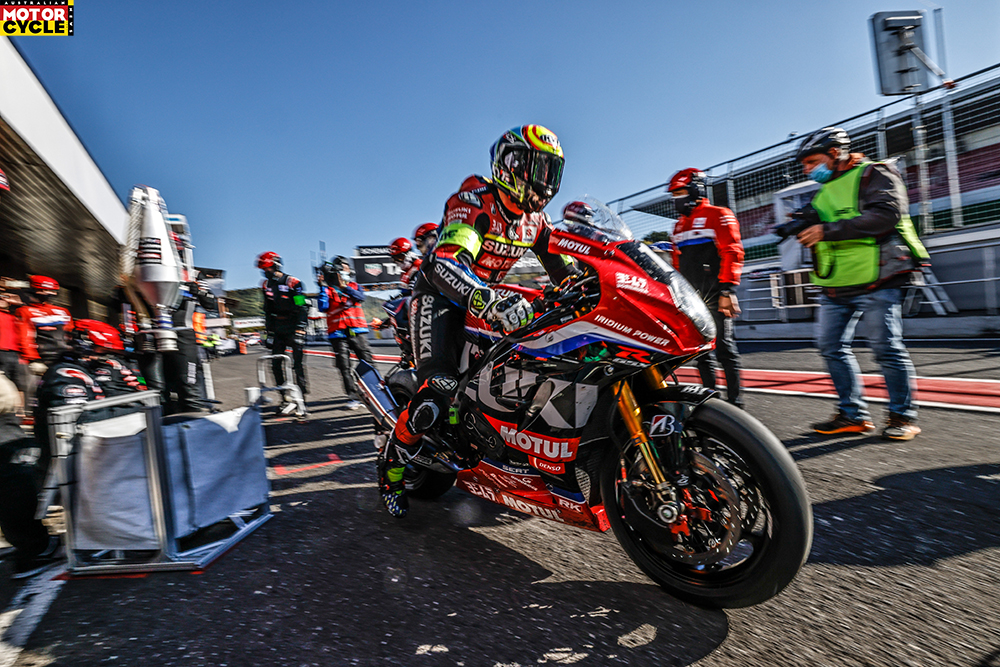 The excellent and smooth work continued with Black’s teammates Siméon and Guintoli putting in consistently-fast stints. As the hours passed, some racing incidents upset the order of the leaderboard for the team’s nearest challengers, but Yoshimura SERT Motul made no mistakes.

The three riders settled into a strong and comfortable third position and kept a steady pace, right up until the chequered flag fell, to take the third step of the podium. In doing so, they won the 2021 FIM EWC title in convincing style with a total of 175.5 points, some 42.5 points ahead of second-placed BMW Motorrad. 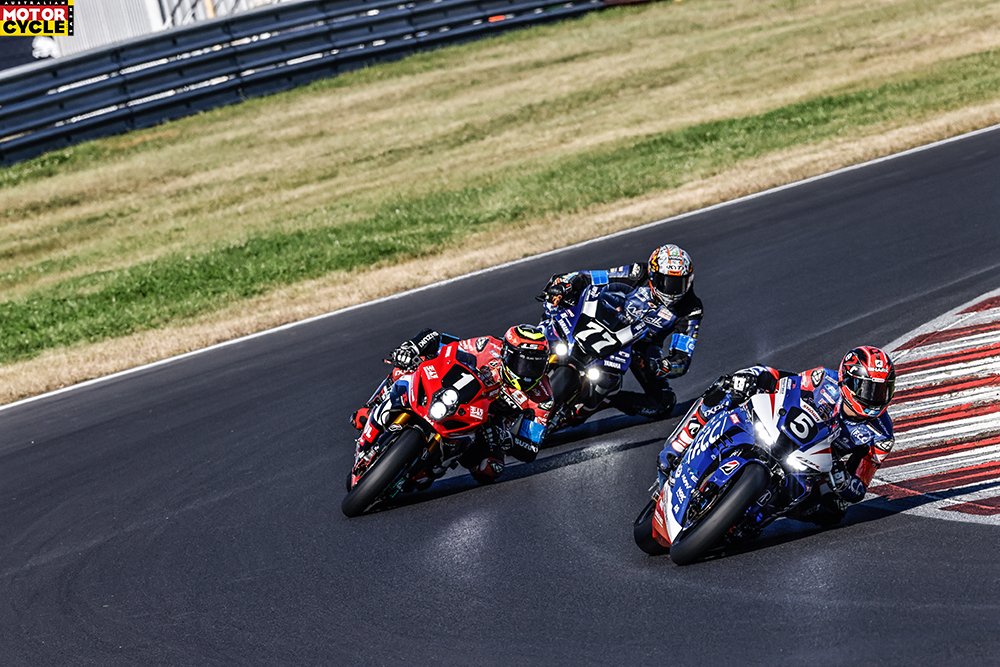 Suzuki dominated the event as, in the Superstock category, the victory went to the GSX-R1000R #44 of No Limits Motor Team ridden by Luca Scassa, Alexis Masbou and Kevin Calia. The Italian team finished second in the FIM World Cup. 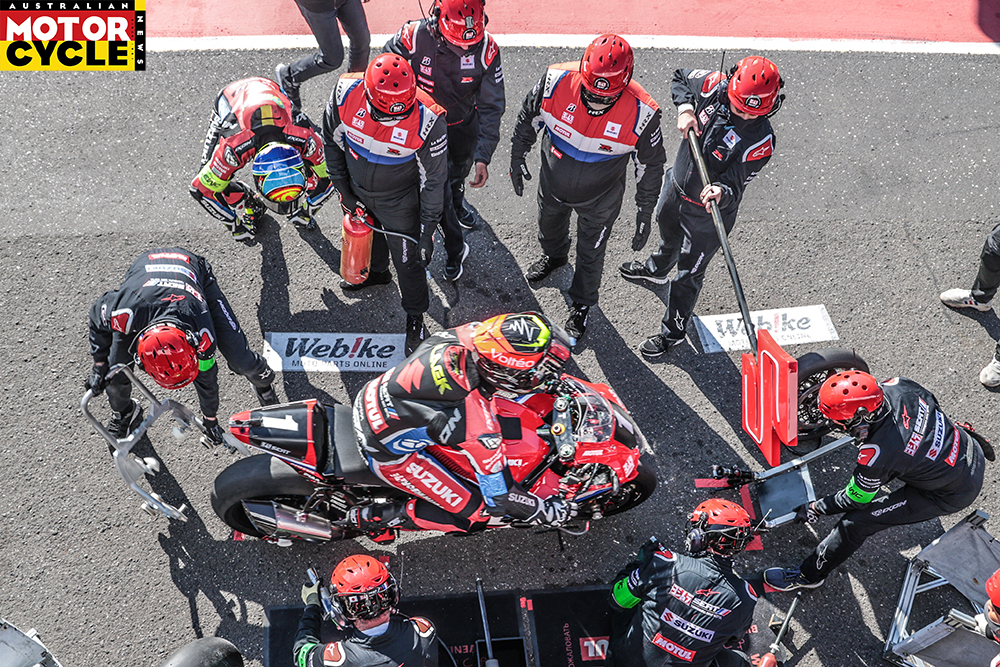 “We came to take the title and we hoped to get on the podium too. I have a thought for the #333 with whom we fought a great battle. At the finish there was emotion, joy and a deep gratitude for Yoshimura because this association led to impressive work. I am very proud of this team. We wanted to take as little risk as possible but still take our chances. The package with the bike, tyres and riders worked very well. Dominique Méliand entrusted me with the keys of the SERT and I am happy, in my position as team manager, to offer this team a second title.” 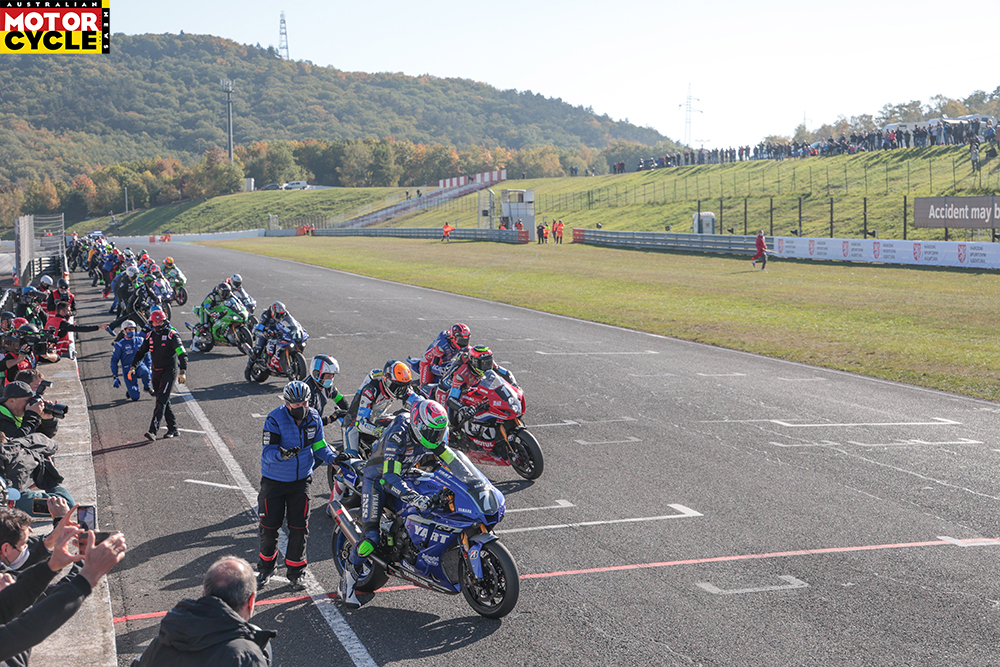 “I am very pleased and honoured to win the championship in the first year of participation as the Yoshimura SERT Motul team. We vowed to fight in this Endurance World Championship on behalf of the Suzuki Factory Team. This season has proved to be a dream come true by winning two of the world’s most famous 24-hour races, namely, the 24 Heures of Le Mans and the Bol d’Or.

“This world championship title is the first for this new team and the 20th for Suzuki. Suzuki, Yoshimura and SERT will keep working together to improve the Suzuki GSX-R1000R into an even better package. The whole team will respect each other in the spirit of one for all, all for one. I think this is the best possible result to mark the continuation of our efforts! 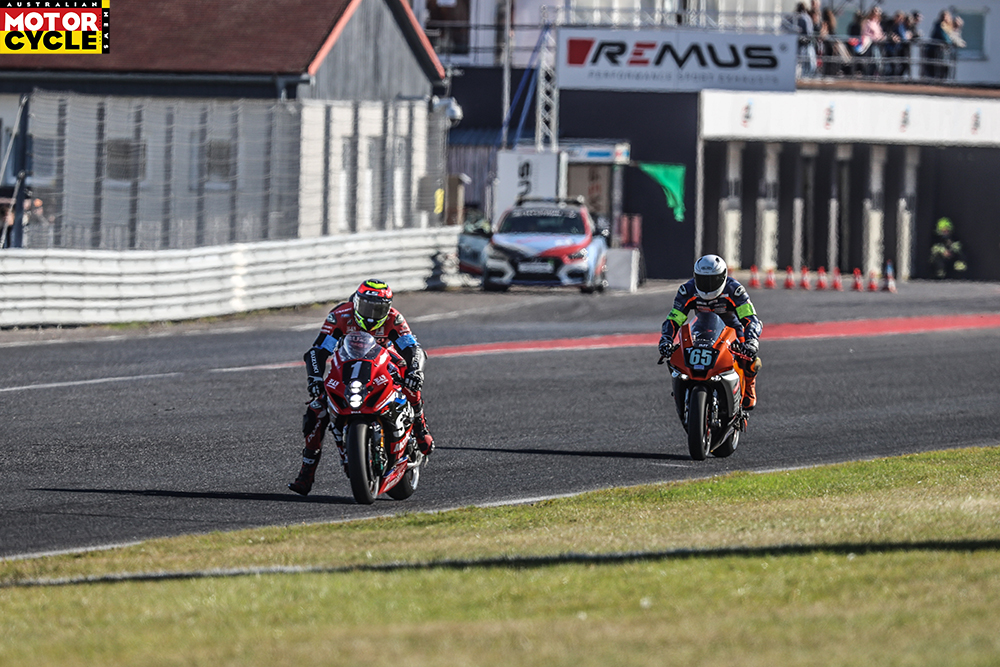 “I had a small scare during the race on an oil stain. Crashing was forbidden in this race and I was lucky to save the bike in extreme circumstances. We had less pressure than at the Bol d’Or where we had to make up the points lost in Estoril. In Most, we could make a careful race which allowed us to win this title which rewards all the team’s work.” 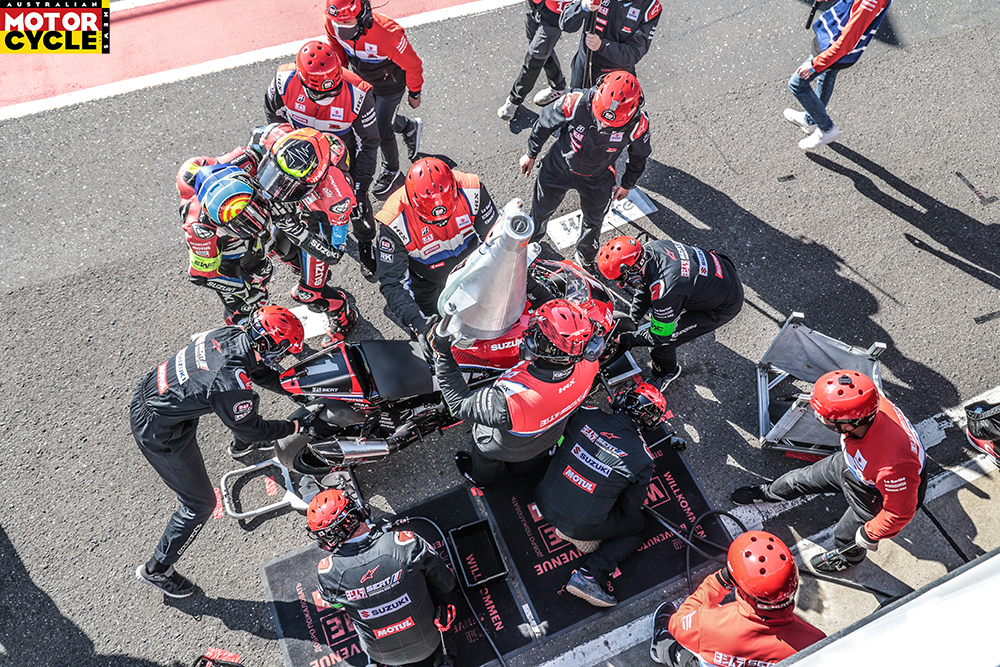 “SERT is probably one of the best teams in endurance racing for a long time. The association with Yoshimura has paid off because we have an incredible bike. The team has done a lot of work as well as Yoshimura and it is a pleasure for us to ride this bike. The team has also often shown a good racing strategy and that’s important because it’s not always the fastest on the track who wins the championship. So I am very happy to have worked with Yoshimura and my two new teammates.” 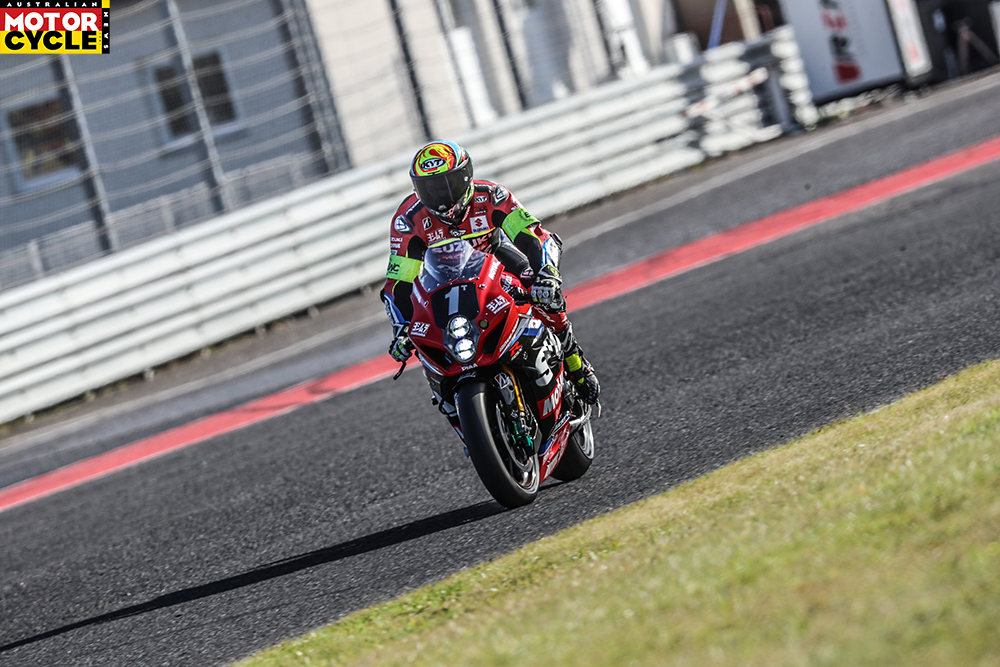 “This season was like a dream because everything went according to plan. The most incredible thing for me was to win the 24 Heures Motos and the Bol d’Or – two events that I absolutely wanted to win one day. That’s why I had the idea to join Yoshimura SERT Motul. This title is fantastic because it rewards all the work done by everyone. We arrived here with the championship in mind but also the will to be on the podium, so the contract is fulfilled!” 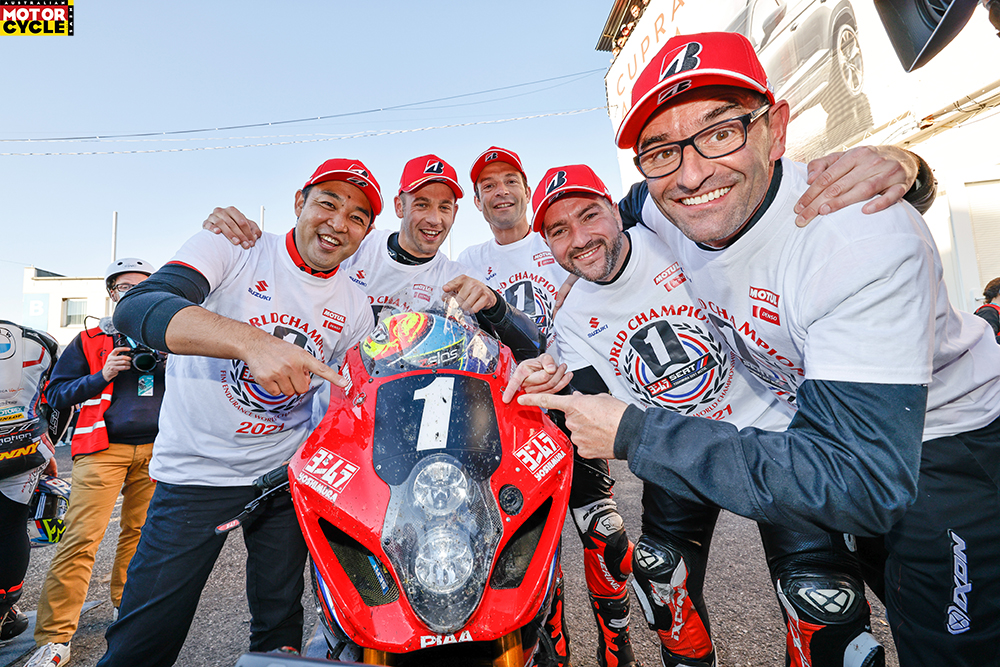