It’s been a great year for me. It started with two race wins and the overall points score at the Phillip Island International Challenge (Davo’s result gave Team Australia their first win in four years) in January. Then the absolute highlight was giving BMW a world first podium for their new carbon-framed HP4 Race at the Ulster Grand Prix in August. And now I’ve just got the Macau Grand Prix in November to finish off a busy year.

January’s Island Classic is a pretty special event and once I realised I was on a competitive bike (Tom Dermody’s McIntosh Suzuki) I approached it like I would a BSB race weekend. Jeremy McWilliams is a fierce competitor and I had to use all my skills to beat him, that’s for sure.

My focus of the season is the Isle of Man TT. This was my eighth year on the island and I must be approaching 500 laps of the circuit.

The consistently good weather saw times plummet and speeds go through the roof. Peter Hickman’s wins have taken it to a new level. He’s riding really well and is very confident. I saw this for myself when I started one place ahead of him in the Senior. He got past me and I stayed with him, running in third place and heading for a high 133mph lap, which would have been my best ever. Then my bike went into limp-home mode and it was all over. I was freak’n angry about that.

I was back in Australia when the Tyco offer for the Ulster GP came up. You may find it hard to believe but I did the deal with team owner Philip Neill by text. He’s a busy man.

The first time I sat on the bike was the first Ulster GP practice session. Then the first corner was an eye-opener. It turned in like a MotoGP bike and nearly had me in the freak’n hedges.

Michael Dunlop had done some testing on it at a short circuit but that’s nothing like a road course. The thing weighs 140kg, puts out 215hp and has razor-sharp steering.

We did a lot of work adjusting fork offsets but ran out of time and parts to get it perfect.

Then I crashed it in final qualifying after running second quickest and going for pole. I tucked the front in a hairpin and wrecked the fairing and cracked the subframe.

Usually you don’t get a good response from a team when you do this but things are totally different at Tyco.

“We’ve got plenty of spares,” Philip told me in his broad Irish accent. “It’s not an issue.” I found out later that the rear carbon subframe costs $30,000!

I got on really well with the Tyco team. Hector Neill (Philip’s father) is awesome. We’d sit down a lot together and talk about everything, not just motorcycle racing.

It was brilliant to be able to reward them with a podium.

The race was pretty awkward. There was a red flag after an accident. After a full restart misty rain started to fall and the race was ended early. Peter Hickman was in a class of his own but I thought I was a chance for second. Lee Johnston (Honda) had overtaken me and I was confident of getting him back on the run home. Then the red flag came out.

Back home I’ve been flat-out in the man cave working on eight bike projects. One of them is a Triumph 675 Moto2 replica but the one I’m really excited about is my 1993 Suzuki GSX-R750. Turns out it’s an ex-Ansett Air Freight Superbike.

I’ve dug through some old issues of AMCN and there’s an awesome feature on it, along with a cover shot of Kirk McCarthy riding one. The article says it cost $35,000 to build it up back then.

I’ll be finishing it off as a tribute to Kirk, who was one of my heroes. I plan to display it at next year’s Island Classic.

Meanwhile it’s off to Macau, where I’ll be riding the PR Racing BMW usually raced by Jakub Smrz in BSB. You can watch the race live through Macau GP’s official website on 15 November.

As appeared in AMCN magazine Vol 68 No 08 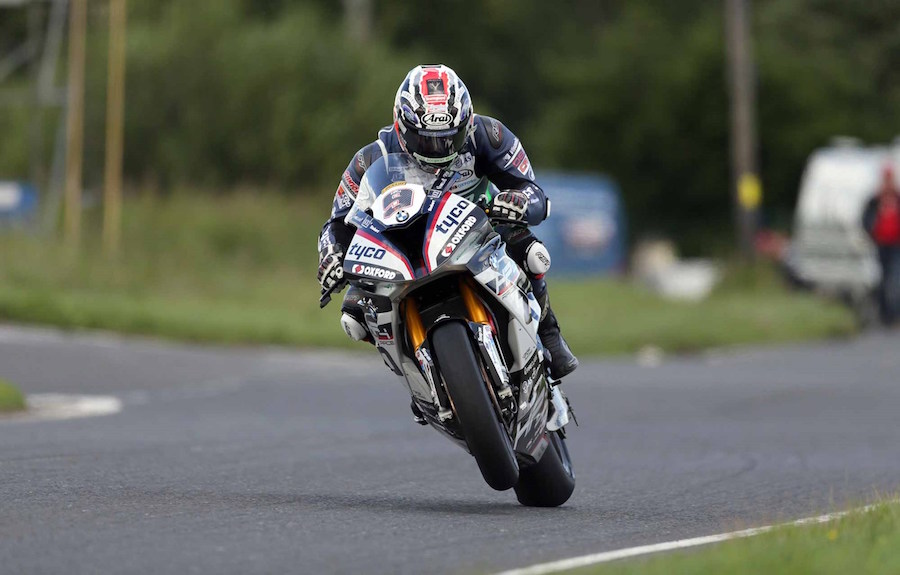 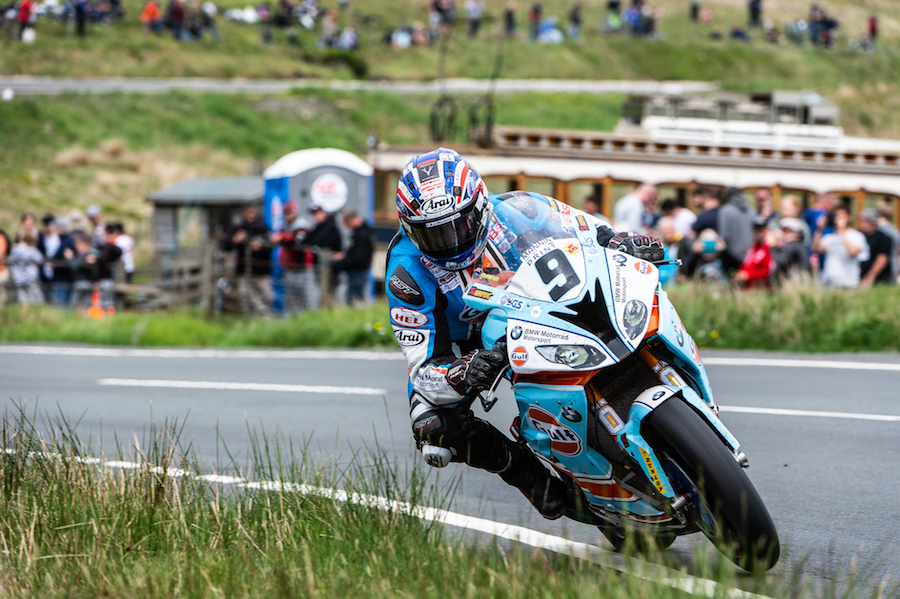 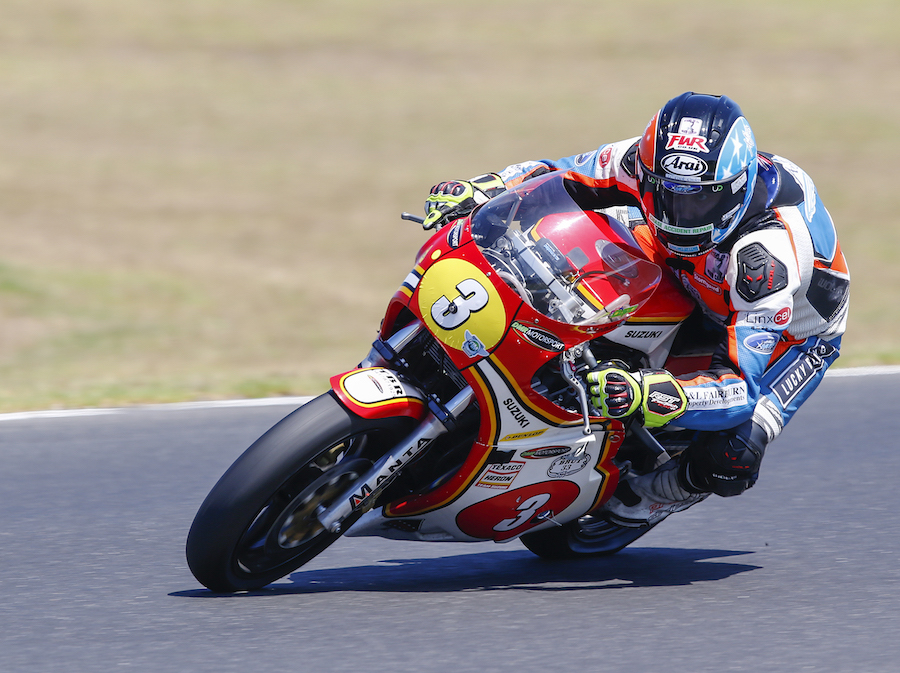