Owners of a trendy hangout for bikers in Athens started an equally trendy annual race. This is the bike they built to enter

Greece’s The Real Intellectuals (TRI) are a rough group of motorcycle nuts who hawk their goods from downtown Athens. In their shop they sell motorcycle gear and apparel as well as thousands of beers to local bike nuts. Occasionally they run a madcap dirt event dubbed The Rotten Race. Not content to sink booze and watch from the sidelines, they teamed up with local shop Urban Mechanics to build an entry, a 1990 Yamaha SR500.

Being the go-to place in Athens for on-trend motorcycle apparel, it’s no surprise that they’re given a heads up when people are wheeling and dealing in motorcycles. And that’s how they came across their donor bike – the SR500 was sold to them by friend of TRI, Bill Georgoussis, who also snapped the pics you see here. Yamaha’s big-ish capacity single, which has roots back to the firm’s XT500, was a perfect fit for the Rotten Race.

“We wanted the Yamaha to resemble a vintage tracker from the 1970s, with classic lines and also some more modern parts to be able to ride it out into the streets,” TRI’s Nikko said, but things didn’t move too quickly. “The bike was in the The Real Intellectuals store for almost a year without moving it at all. But I was thinking everyday what we could do with it – I always wanted to build a vintage tracker. 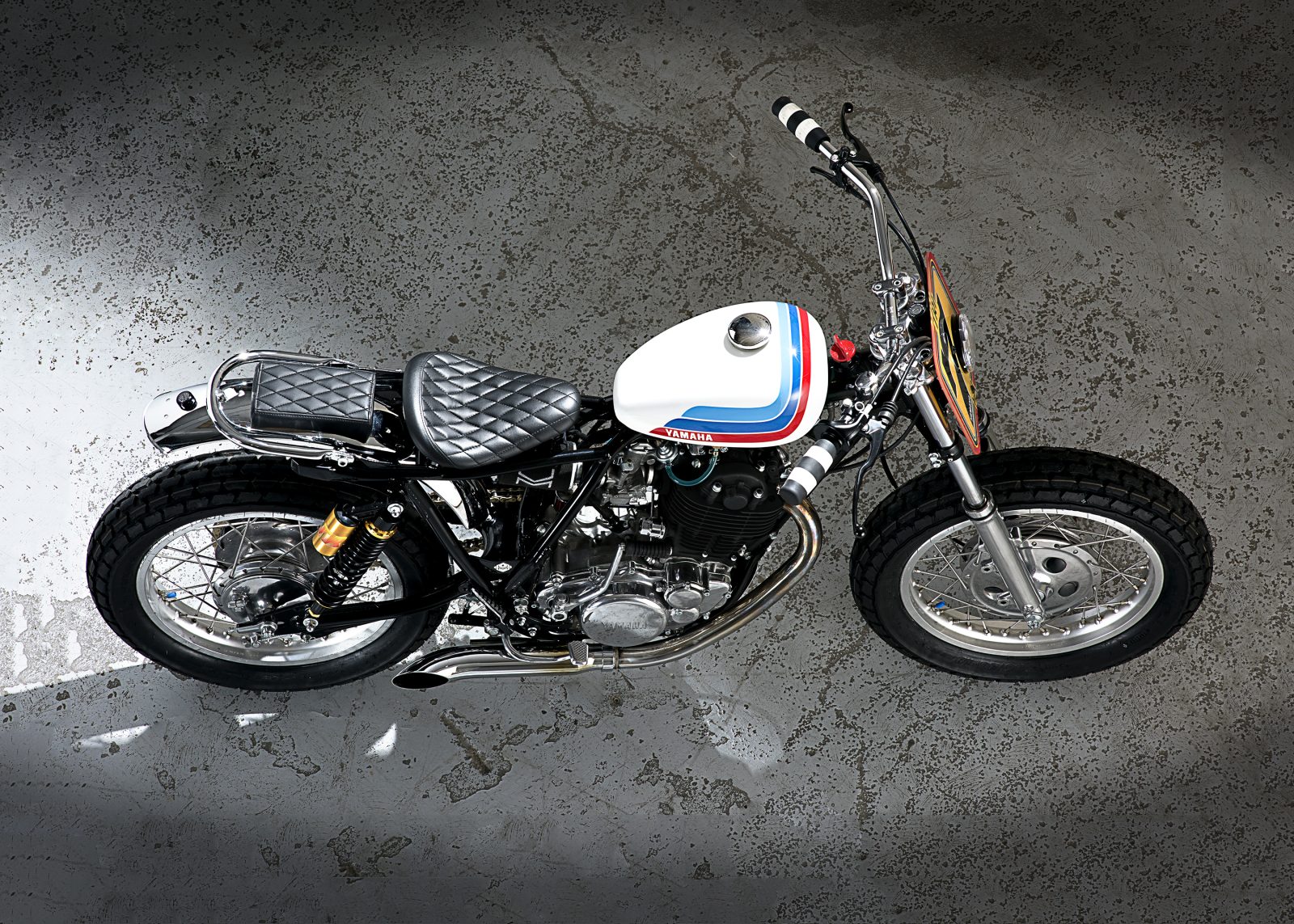 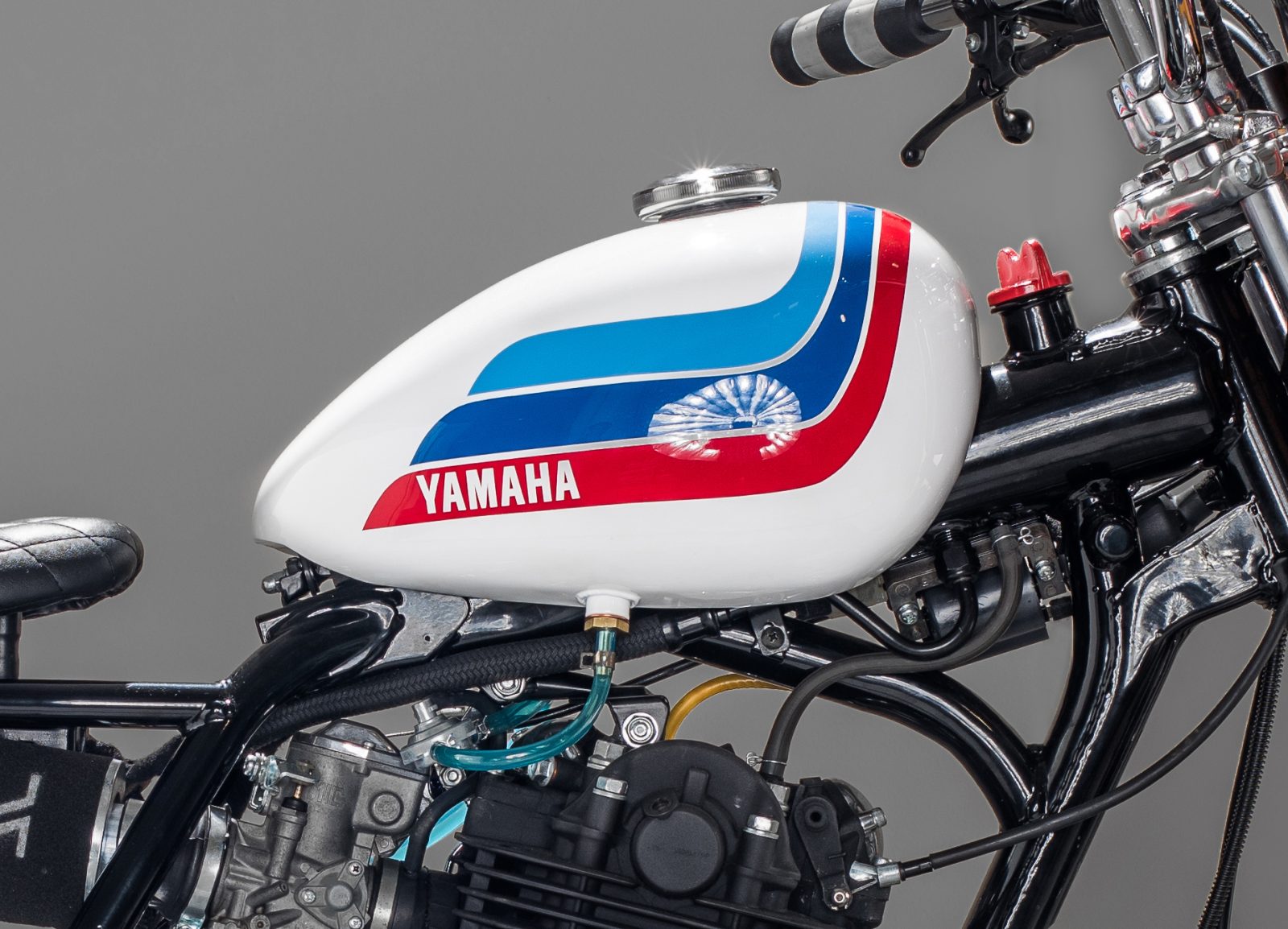 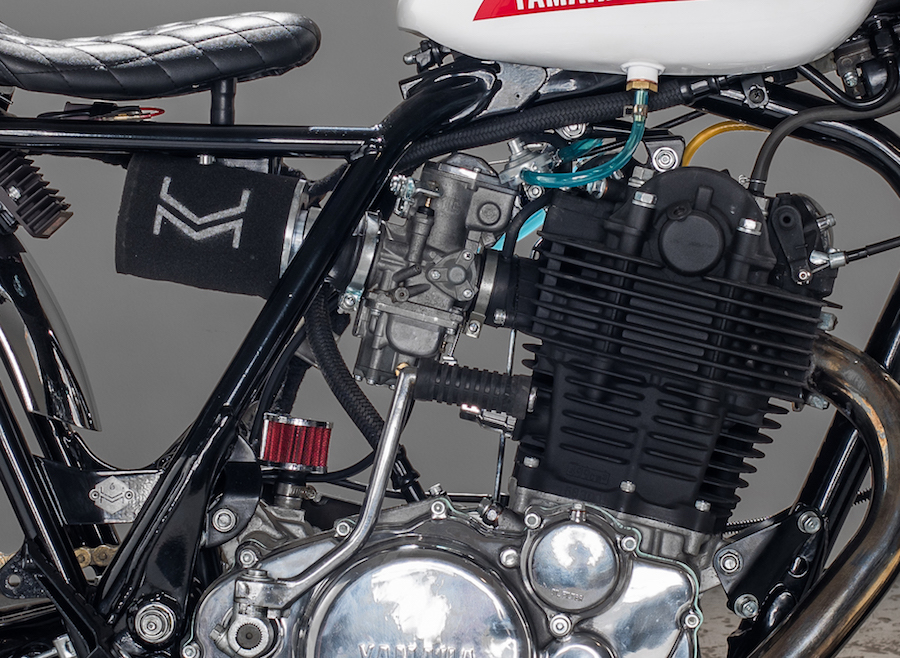 “So slowly I collected all the parts that were needed and asked my good friends at the Urban Mechanics to do it.”

Urban Mechanics is another shop in Athens, this one with its sights firmly on producing custom motorcycles. Run by a duo, Michael Kork and Thanos Sinos, they were the perfect pair to take on the TRI’s newest project. But they had only three months to finish the bike in time for The Rotten Race.

When it comes to building motorcycles, three months isn’t long. In just 12 weeks they stripped back the frame, de-tabbed it, polished the sidecovers, painted the barrel and head, fitted new rear shocks, changed the controls and everything else that comes with a build like this. But the hardest part was the tank.

“We gave them a chopper fuel tank, but it’s tunnel was too small for the SR,” Nikko said, who revealed the bottom had to be cut and widened to make it fit perfectly to the SR. After that, it was finished with a new coat of paint and fitted with a set of  Dunlop K180 tires.
The end result is a tidy little SR street tracker that makes our dark hearts glow. It’s low, it’s light, it’s built around a terrific basis and it’s designed to get a little dirty. We’re looking forward to seeing what the Real Intellectuals wheel out for next year’s Rotten Race! Described as the Burning Man Festival but on motorcycles, the Rotton Race was conceived by the owners of The Real Intellectuals, a popular hangout for young riders in Athens.

Part music festival, part dirt track race and very much in the vain of Dirt Quake and Dust Hustle events where riders dress up and bikes are far from standard affairs, the inaugural event in 2015 attracted 400 riders, an impressive number considering Greece’s economy (or perhaps because of it), a number which ballooned to 2000 riders who attended the 2018 event last November.