Yamaha unveils born-again R7 based on its MT-07 twin

There’s going to be controversy over whether Yamaha’s new 2022 YZF-R7 is worthy of the legendary name it bears but seen in isolation there’s no question that it’s an impressive-looking addition to the firm’s line-up.

Although comparisons will inevitably be drawn with Aprilia’s RS660 – another similarly-sized parallel twin that also aims to revive the flagging supersports market – the Yamaha is a much cheaper machine, more closely aligned to the likes of Kawasaki’s Ninja 650, as despite its track-ready appearance it’s heavily based on the existing MT-07 naked bike. 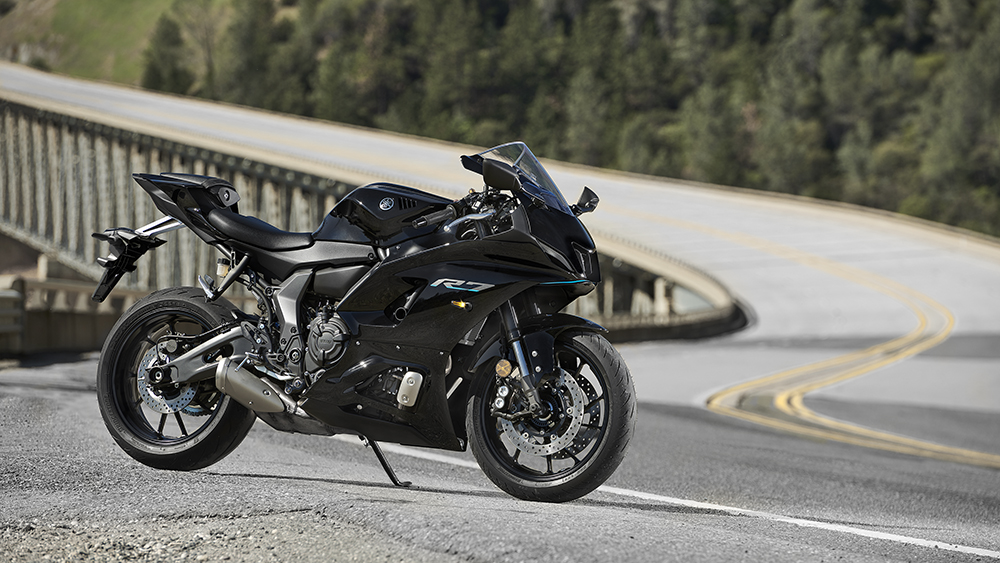 The chassis and ‘CP2’ parallel twin-engine, with its 270-degree crankshaft to replicate the firing interval of a 90-degree V-twin, are carried across from the MT-07, which means the power output of 54kW at 8750rpm and torque of 67Nm at 6000rpm are identical, but the two bikes will still feel distinctly different to ride thanks to a host of other changes.

Yamaha says the engine, despite its unchanged numbers, has a new ECU specification, changes to the intake ducts and exhaust and new injection settings, but more notably for the R7 it uses lower gearing for better acceleration. It’s not at the expense of top speed, either, since the faired bike’s improved aerodynamics give it a 15-20km/h advantage over the naked model. Other changes include a new assist-and-slipper clutch and an optional quickshifter, although it’s a basic upshifts-only design. 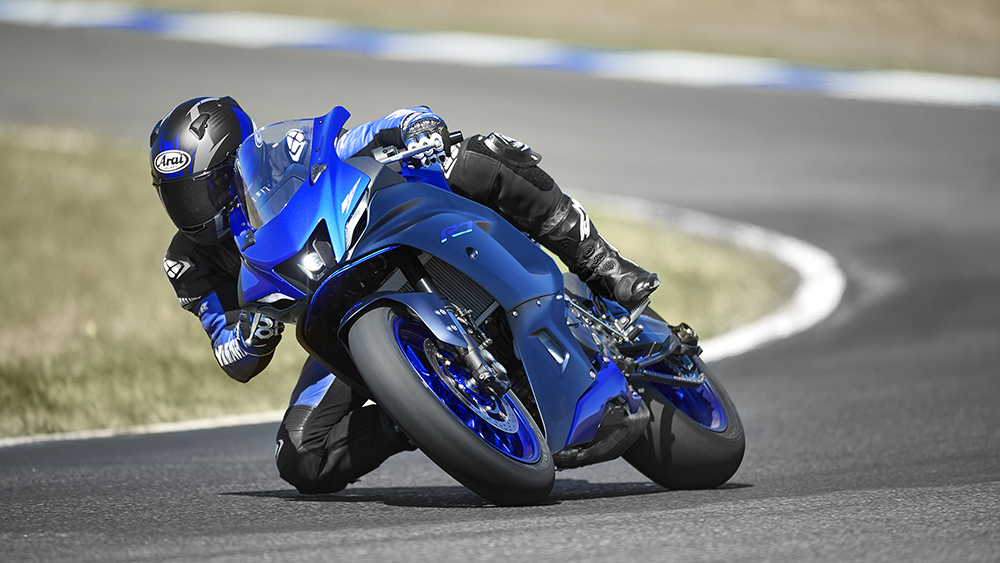 The frame might be the same steel design, but there are new 41mm upside-down forks, fully adjustable for preload, compression and rebound, as well as a revised rear shock linkage and settings. Tweaked setup means the fork angle is steeper than the MT-07s, with 23.7 degrees of caster instead of 24.5 degrees, while the wheelbase is 5mm shorter at 1395mm. Weight is 188kg, 4kg more than the naked bike, thanks to the addition of the fairing.

That fairing is notable for its aggressive, MotoGP-inspired style. The R7 might be a steppingstone model, sitting between the R3 and the R1, but it looks every inch as aggressive as the bigger machine. That’s helped by a genuinely sporty riding position, with low clip-ons and rear-set pegs, unlike the more moderate setup featured on rivals like the Ninja 650 or Honda CBR650R. The compact nature of the CP2 engine also means the R7 is particularly slim – narrower than the R3 and even the R125 – to get a small frontal area that assists top speed. 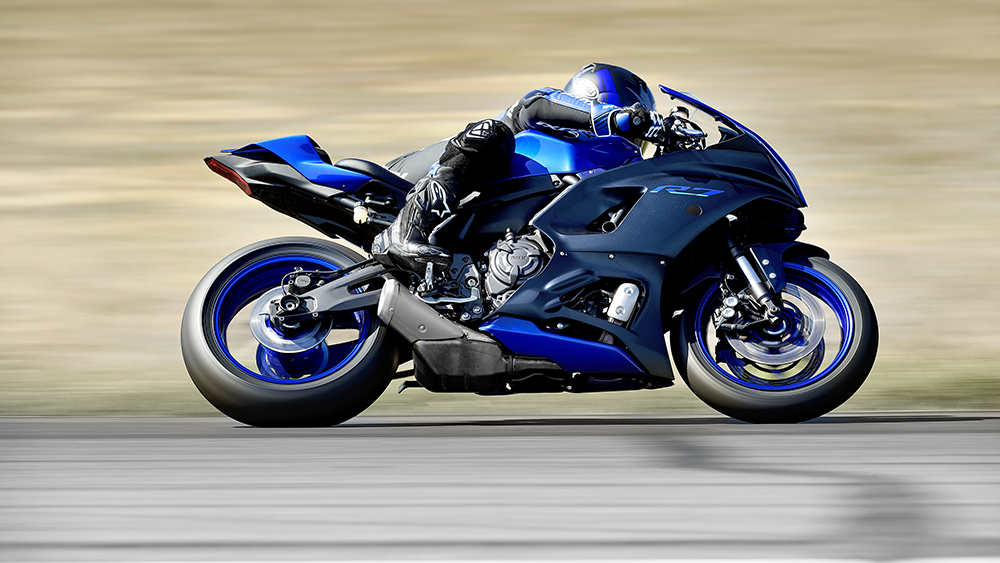 The 10-spoke wheels come from the MT-07 but gain a wider 190-section rear tyre to further boost the R7’s aggressive appearance, while the on-board there’s a new LCD dash including a gear indicator and shift light. Up front, the single LED headlight is tucked inside the M1-style air intake, and since the led marker lights on either side take on a dark look when they’re off, the R7 manages to hide its road-going equipment surprisingly well.

A 13-litre tank, fractionally smaller than the MT-07’s, helps with the sporty riding position, as does the tapered seat, and of course there’s an optional pillion cover to give the single-seat look. Other options include a titanium Akrapovic pipe, LED turn signals and various billet alloy parts, plus a short licence plate hanger. 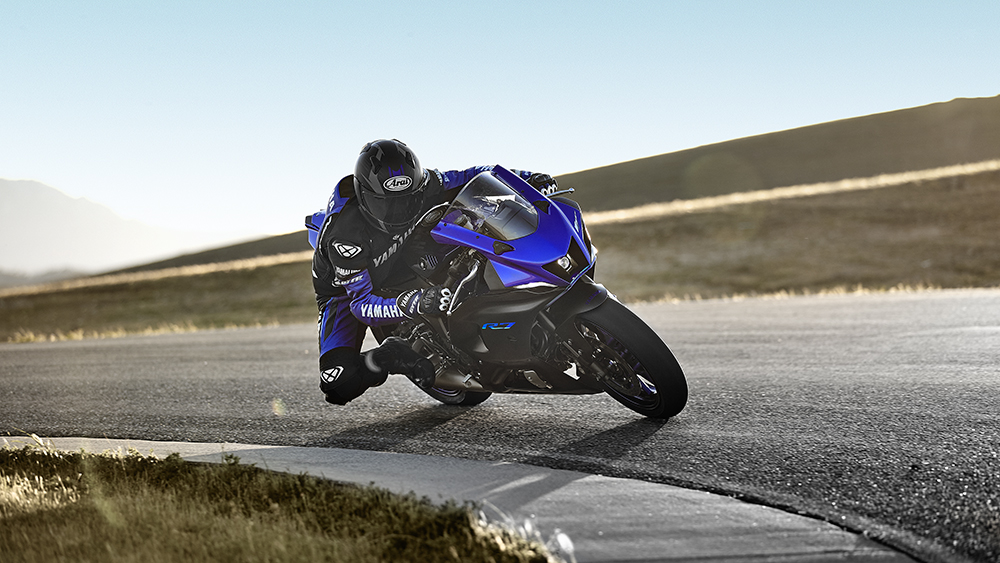 Whether you agree with the use of the hallowed R7 name or think the new machine would have been more accurately badged as a tribute to the 90s TRX 850 parallel twin, there’s no doubt it’s an impressive looking piece of kit. The MT-07’s price tag is surely a good indicator as to the cost of the R7, although the faired bike’s increased specs mean it will be a little more costly than the naked machine. 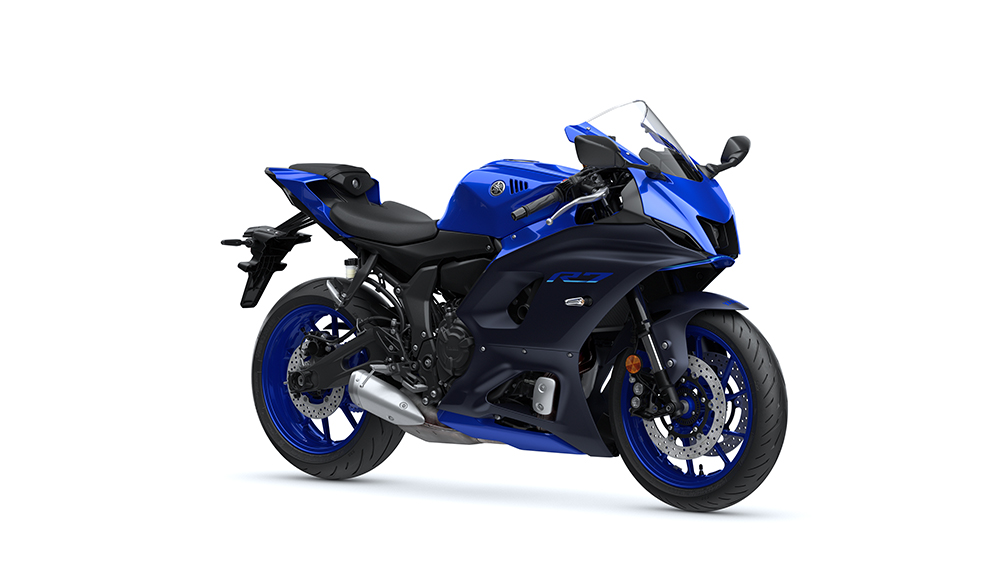 Officially, the R7 is a 2022 model, and as such its paint options are previews of the firm’s next-generation colour schemes, including a combination of gloss blue and dark matte blue, as well as an all-gloss-black design. 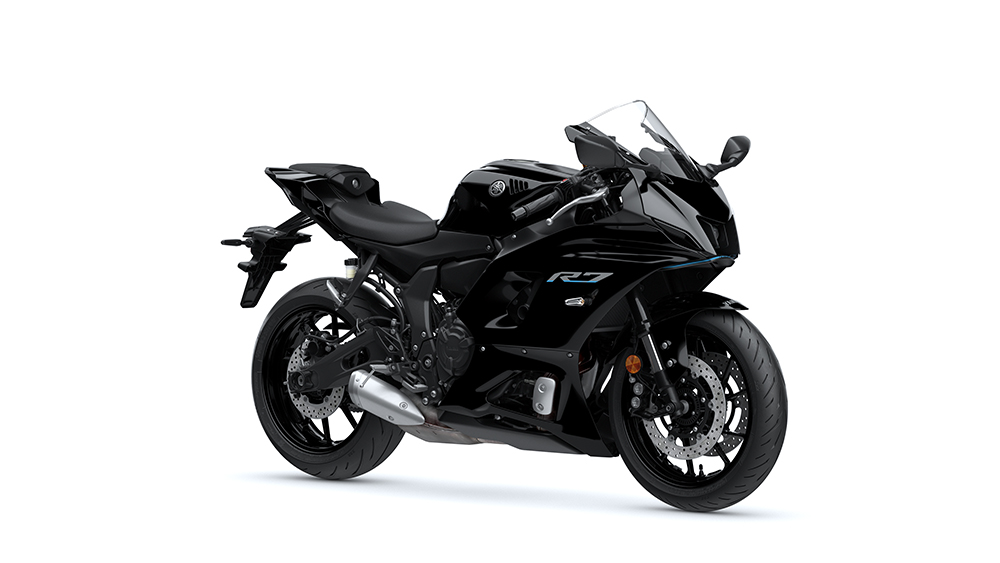