The GSX-R1000R does incredible superbike feats without histrionics. “A version of this bike just won the Australian Superbike title and it’s easy to see why,” Groff said, to which Chris added it is “one of the most user-friendly litre sportsbikes on the market”.

The GSX-R1000R is a technical flagship. The list of electronics and high-class components is too long for this short piece, but a highlight is the variable valve timing that helps enhance the engine’s bottom-to-top power. It runs from real, useful and practical at low revs to the tarmac-scorching power of a superbike. In other words, it goes from everyday roadbike to something that can only be exercised on the track, all without fuss.

On the road, it’s relatively comfortable – somewhere between the Yamaha R6 and the Ducati SuperSport for its riding position – and supported by reasonably compliant suspension. Then out on the track, with the parameters extended, it’s still incredibly good. That up-spec Showa suspension, which accounts for the major portion of the 1000R’s higher price compared with the based model 1000, is effective in both environments. 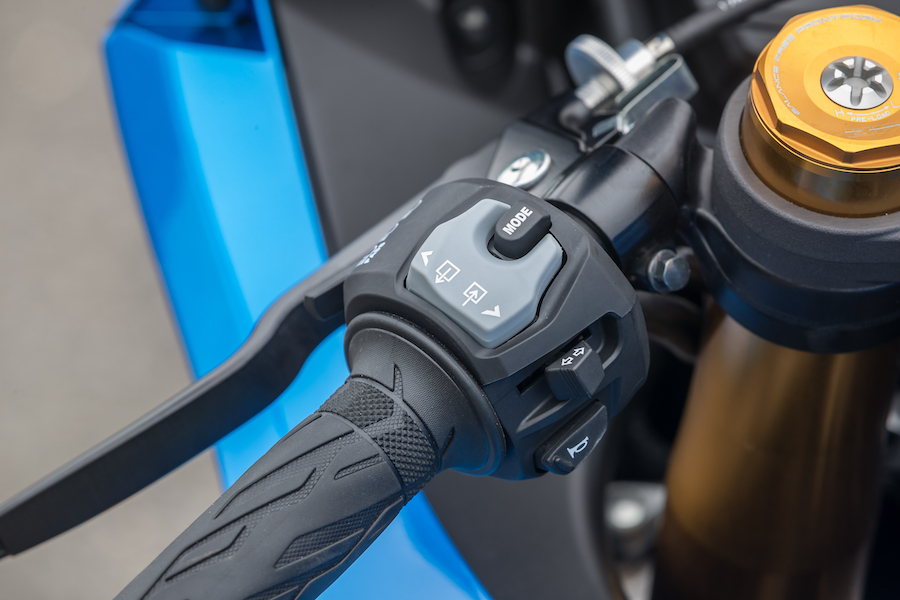 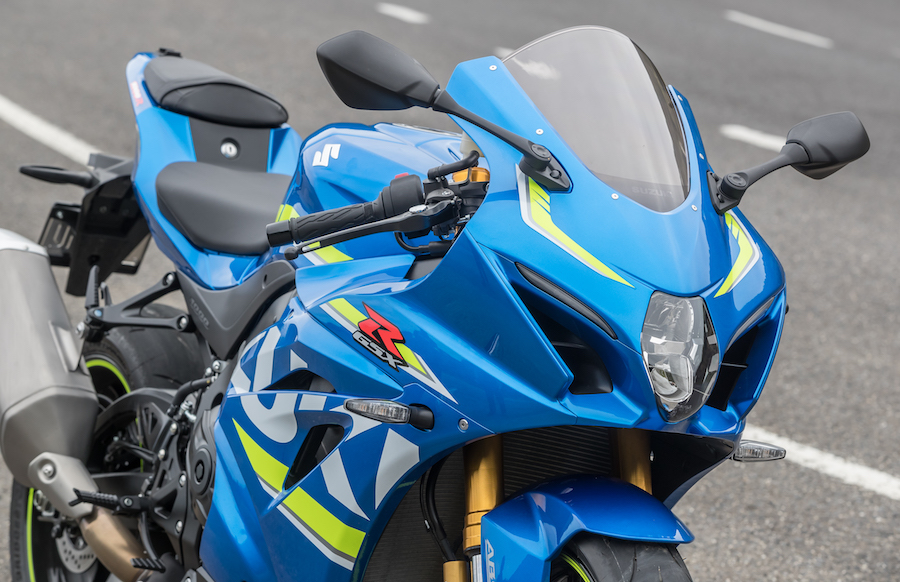 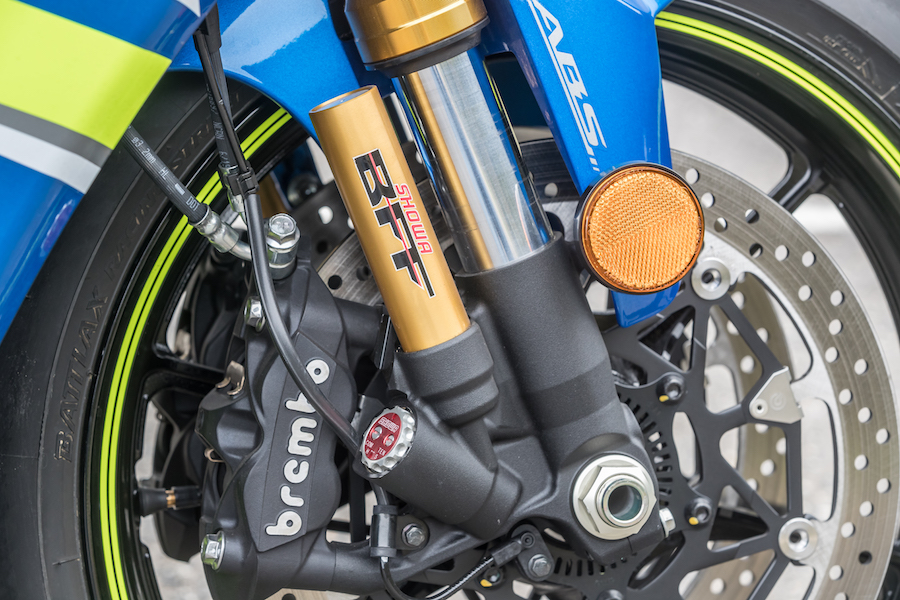 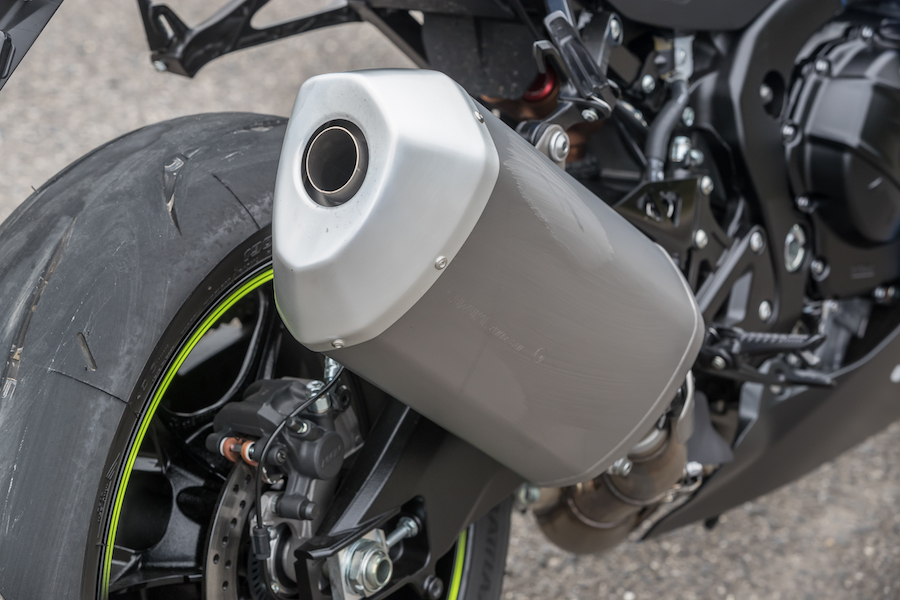 By fitting an Inertial Measurement Unit (IMU), the Suzuki takes a late but significant step up the tech ladder, gaining cornering-sensitive ABS and traction control, the latter granting you 10 different levels of intervention. The ABS might be still a little intrusive in the hands of a capable rider on the track, but it’s such a good system that it brings only benefits on the road.

Oh, very sweet quickshifter, too. Bonus points for that.

Naturally, the Suzi scored well for tech and in some ways should have been above the Triumph, except that its system was not as intuitive as the Street Triple’s. Up and down quickshifter is standard on the R model, but not the base model

“Build quality is very impressive and this bike feels like a complete unit, very well developed,” Matt said. “It should represent the very latest in go-fast tech, and it doesn’t disappoint.”

For all that, the superbike didn’t fill us with confidence to push it to its limits. This reflects the road-based nature of our assessment more than the bike’s abilities – pushing its limits is almost impossible for a mortal on the road, so you lose confidence in yourself before you get there. It may be an unfortunate irony, but the GSX-R1000R is almost too good to score well
in this regard. 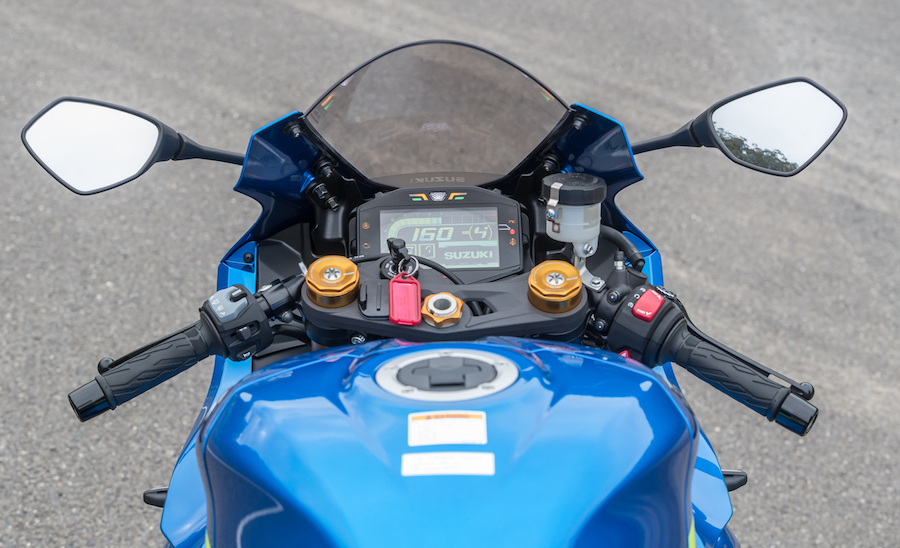 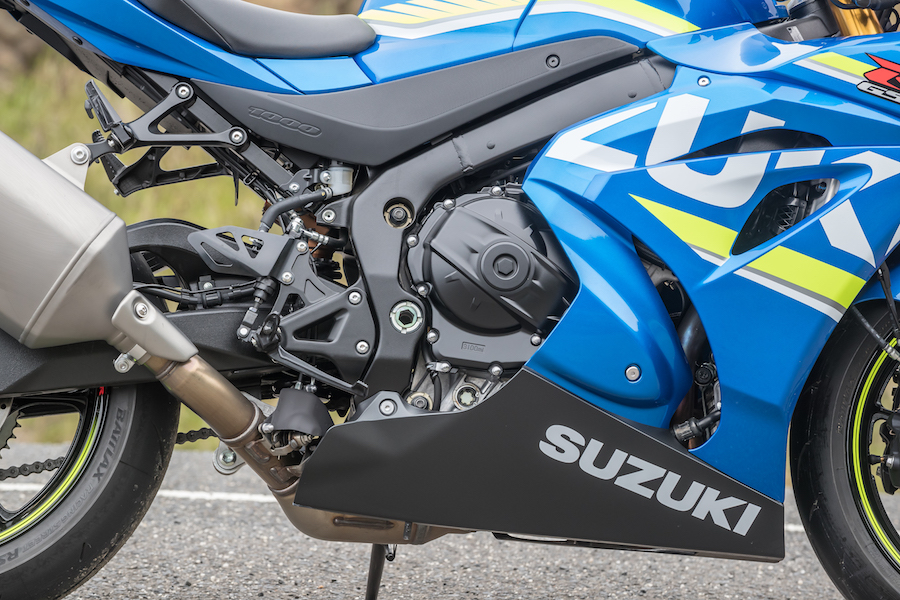 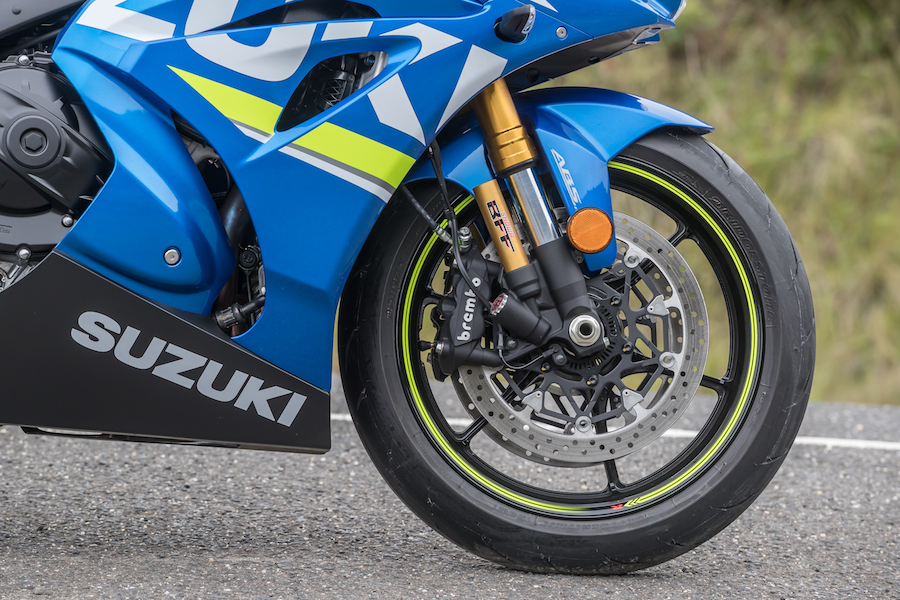 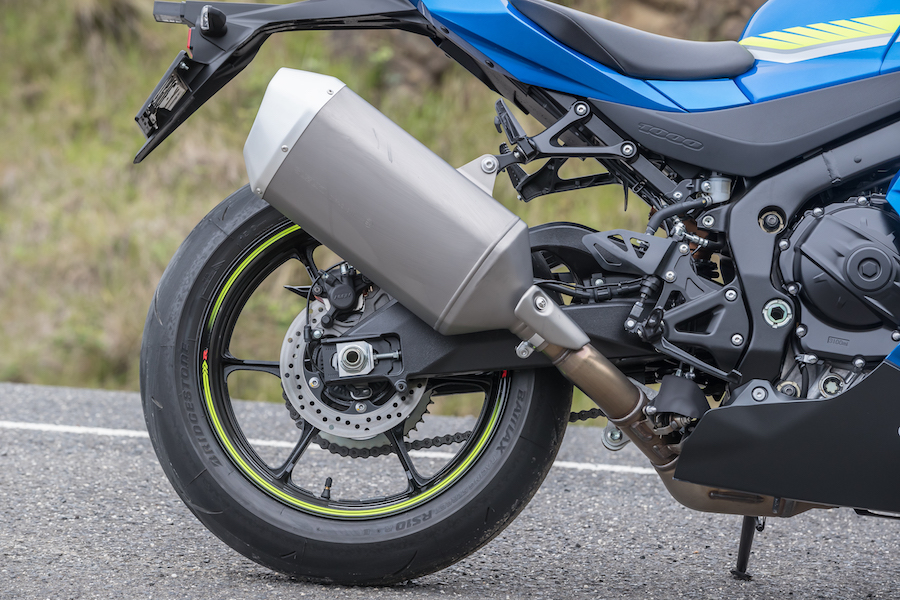 It’s harder to explain why it didn’t score better in value for money. You’re getting a hell of a lot of bike, but it’s a big price to pay, at over $26,000 on the road. It’s that last phrase – “on the road” – that captures it: more than any bike here, you struggle to get the best out of the Suzuki on our roads. You might be happy to pay for the performance, but you can’t use much of it.

However, the Suzuki’s ranking is more reflective of the competition for MoTY than any shortcomings of its own. It will never be anything short of awesome. The best thing about the new GSX-R1000R is it still feels like the Suzuki superbike of old. While it hasn’t lost an inch of comfort and road-riding usability, it has gained a mile-long list of modern-day tech. Most notable is the variable valve timing, which has not only allowed for a higher peak power output and a higher redline, but punchy and predictable power delivery right through the rev range.

Even at a decent clip the front end feels planted and offers loads of feedback. And the Brembo stoppers are nothing short of outstanding.

In this year’s MoTY crowd the price tag’s high,but compare it to its peers– the top-spec Aprilia, Ducati and Yamaha – and all of sudden it’s pretty good value.