Sidecar racing is set to return to the Motul Pirelli Australian Superbike Championship (ASBK), with the Horsell Consulting Australian F1 and F2 Sidecar Championship to form part of the action at selected rounds throughout 2019.

Australia’s most daring men and women on three wheels will be joining the ASBK for three rounds of the four-round sidecar season, beginning at Wakefield Park in NSW on 22-24 March. The series then briefly leaves the ASBK to join the Masters of Morgan Park in Queensland (18-19 May), returning for Round 3 at Winton (6-8 September) and Round 4 at Phillip Island in Victoria (4-6 October).

Last year’s F1 class champions Howard Ford and Lee Menzies return for 2019, eager to defend their title from a field full of crews looking to get their hands on the number 1 plate this season. “We can’t wait for it to start, actually!” laughed Ford. “We had a good season last year and we won the championship so we’re hoping that we can press on and give it another nudge this year as well. For an old bloke, I’m 63 years old so it’s not a bad effort! It’s nice to beat blokes who are 30!”

Teams and crews also will be supported by series sponsor Pagid Brakes, providing a cash prize for teams at each round of the 2019 season and providing the champions in both classes with Pagid brake pads.

A unique team-based three-wheeled challenge, 2018 champion Ford spoke of the unique excitement that sidecar racing brings. “With two blokes on it, you’ve got to have both of you working (together)” he said. “It’s pretty exhilarating, especially at Phillip Island going 250 km/h into turn one, it gets your attention, I can say that!” 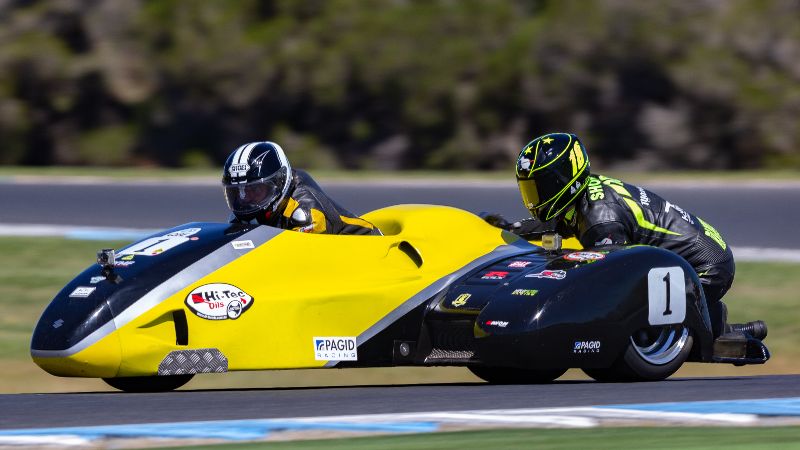 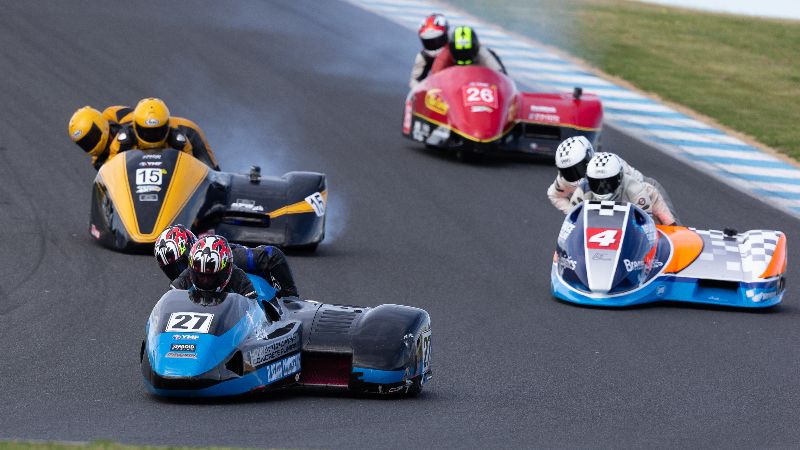