REA TAKES 100TH WIN AT WSBK ROUND ONE | WSBK

Kawasaki leads the WorldSBK championship after round one in Aragon

Jonathan Rea (Kawasaki Racing Team) secured the magic total of 100 race wins in WorldSBK after a start-to-finish domination of the opening 18 lap race at Motorland Aragon, winning by almost four seconds at the flag.
The next best winning rider in WorldSBK history is Carl Fogarty, with 59 race victories. 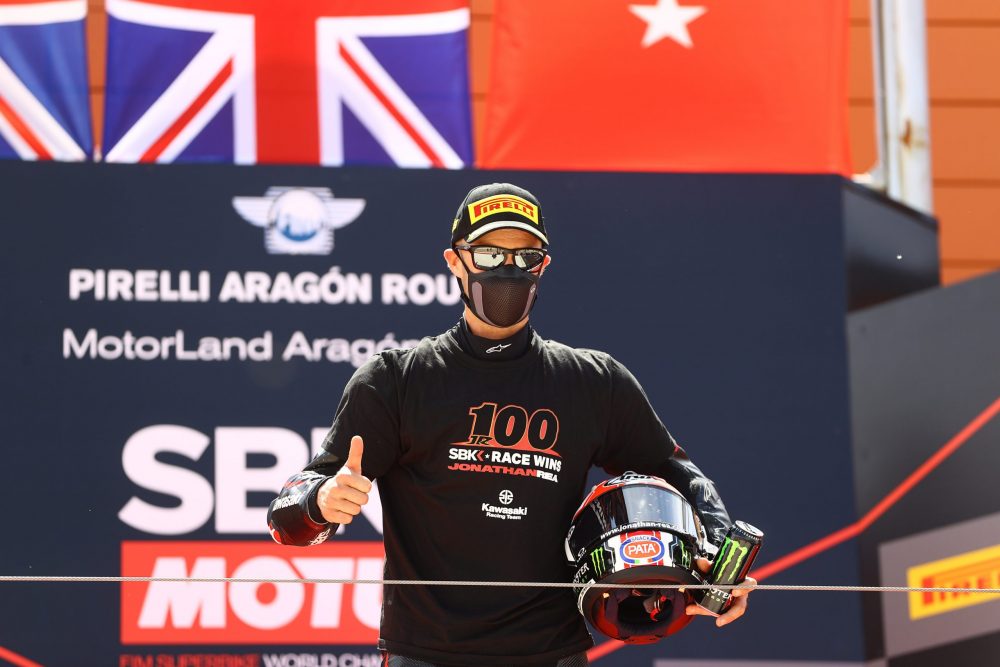 Rea and his team-mate Alex Lowes (Kawasaki Racing Team) had the upper hand in the early laps, with Superpole winner Rea and fourth-placed qualifier Lowes pitching in faster laps than any of their pursuers could reach, easing out a one-second lead by lap two, and then a two-second advantage for most of the early laps. 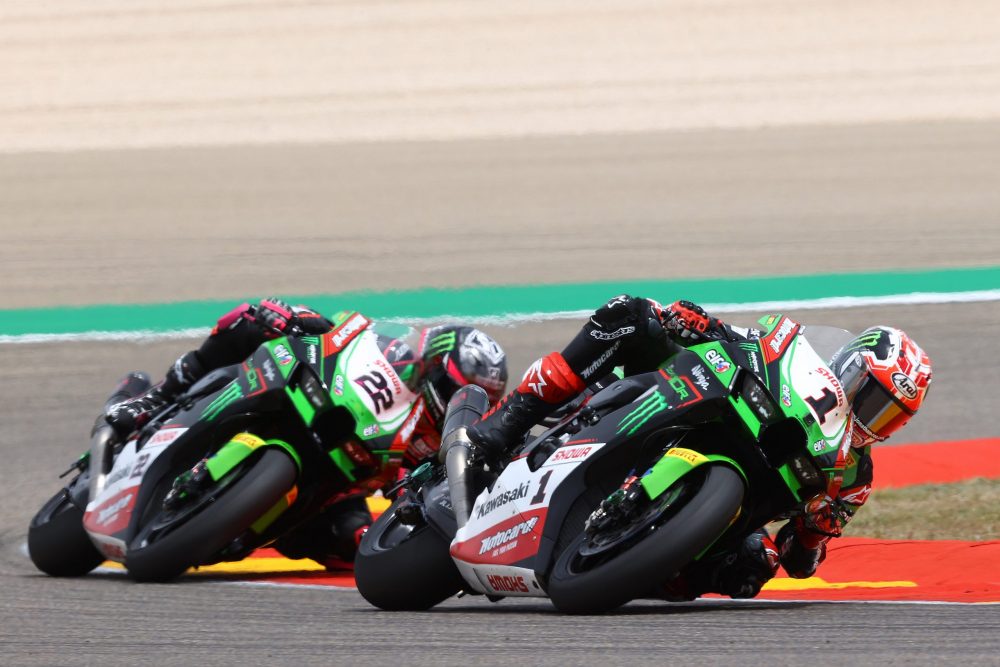 Scott Redding (Aruba.it Racing – Ducati) was the closest challenger for a while until lowly qualifier Toprak Razgatlioglu (Pata Yamaha WorldSBK Team) and Chaz Davies (Team GoEleven Ducati) came through.
Lowes was to slow at half race distance and then be passed by Razgatlioglu and Davies, the latter having chosen an SCX tyre, sometimes used for full race distances but usually more suited to the ten-lap sprint. 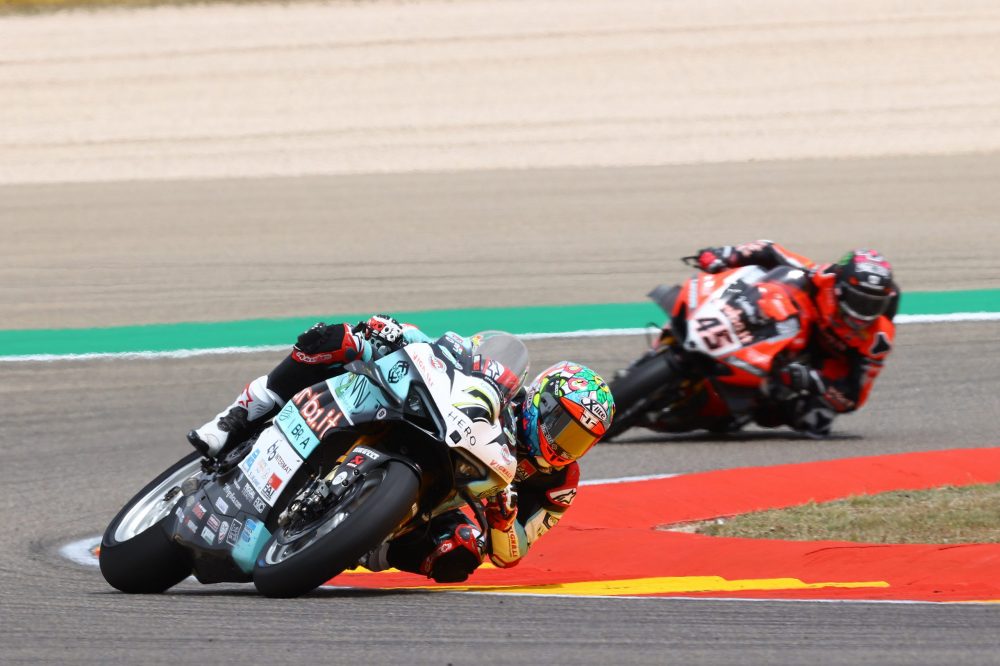 Lowes rallied with three laps to go and re-passed both Davies and Razgatlioglu, fighting from then on with the Turkish rider.
With Redding and Alvaro Bautista (HRC Honda) drawing themselves forward it was all on for a grandstand finish for the podium places behind Rea.
Bautista crashed on the final lap, spoiling his chances of a strong Honda start. 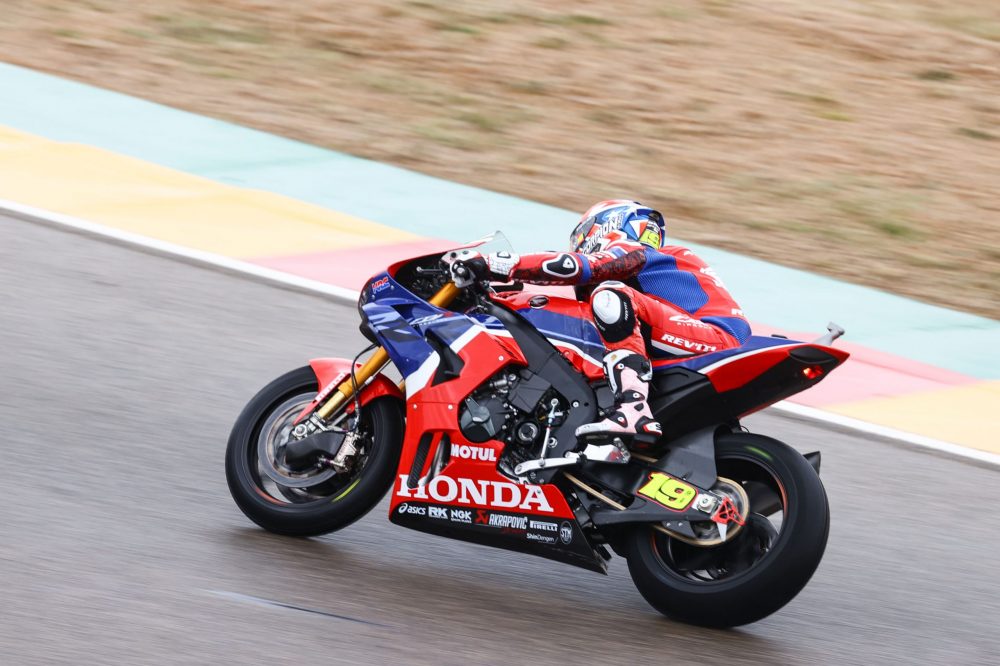 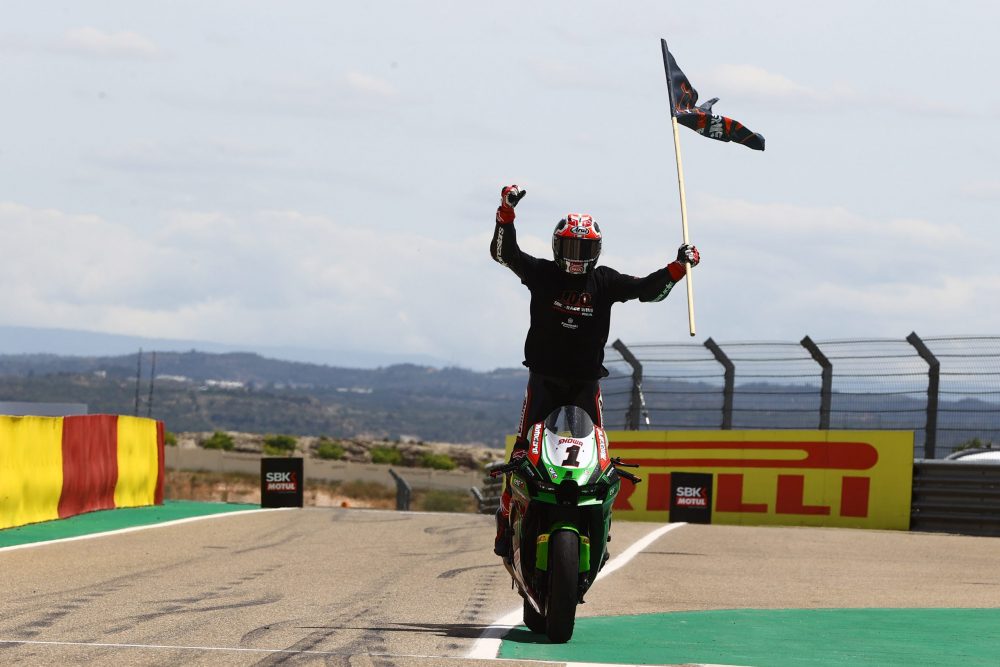 A wet start to the day was a rude surprise to the WorldSBK riders, who had to make the most of their short damp-to-wet Warm-Up session to make tyre choices.
Jonathan Rea (Kawasaki Racing Team) opted for an Intermediate set, as did his team-mate Alex Lowes. 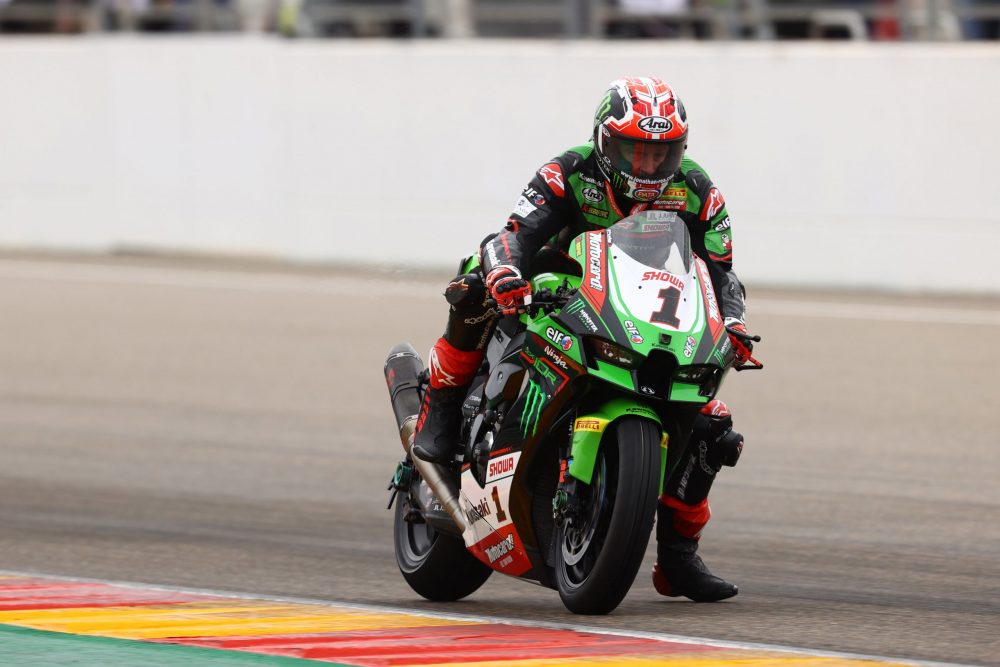 The track started to dry out slowly which determined the outcome for many riders.
After some early skirmishes between the Kawasaki riders and a determined but frustrated Scott Redding (Aruba.it Racing – Ducati), on an R and R full rain tyre option, he dropped back to be passed by several other riders and finish eighth. 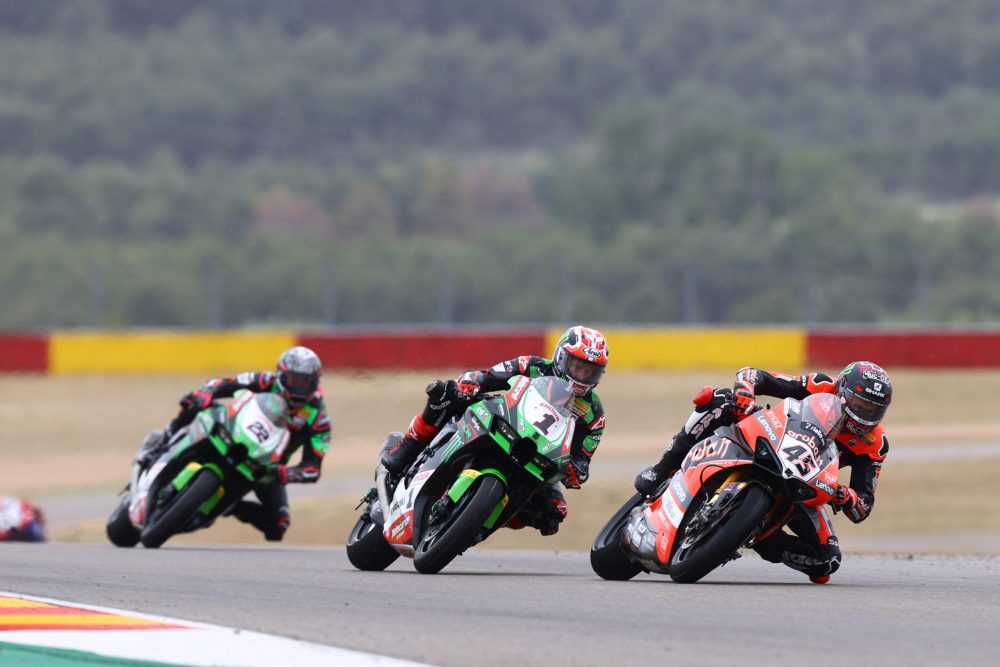 With Rea the winner and Lowes again second, Garrett Gerloff (GRT Yamaha) came through on the same Intermediate options to fight for the final podium place with Chaz Davies (Team GoEleven Ducati), also in an I-I choice. Gerloff would end up three seconds up on Davies for his first podium of 2021. Davies was again top Ducati rider. 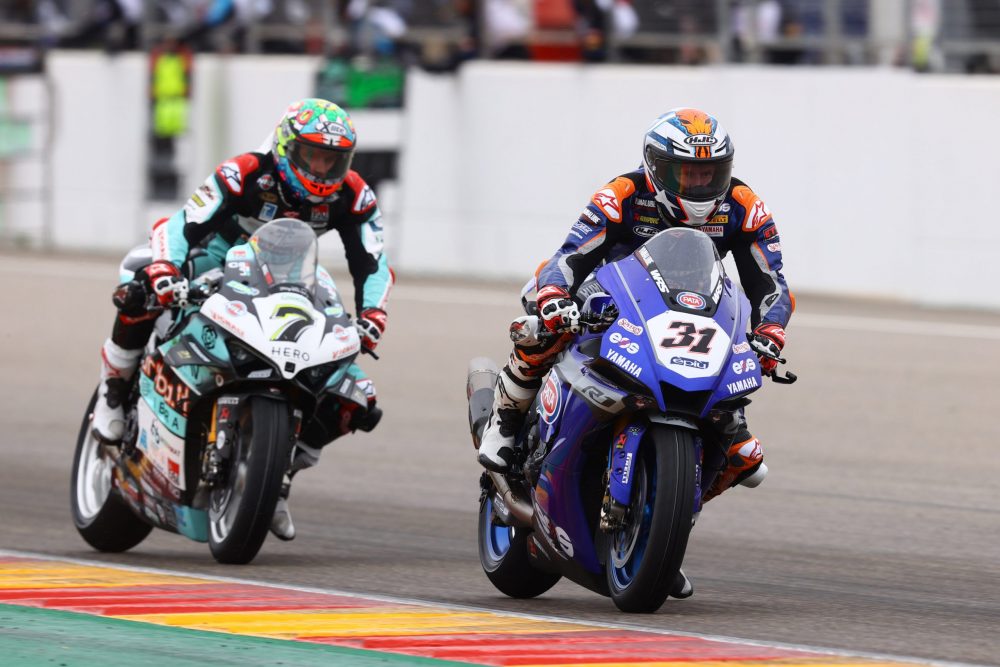 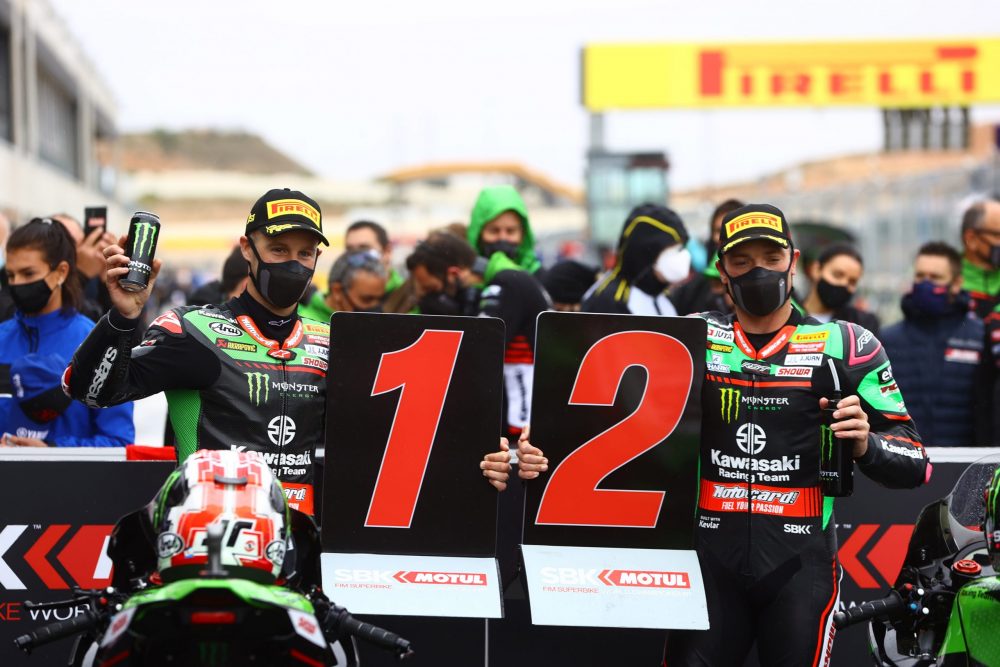 After some frantic early action in the final WorldSBK Race of the weekend Scott Redding (Aruba.it Racing – Ducati) made up for his earlier disappointments to win by a huge margin, having opted for dry tyre choices when all around had mostly opted for intermediates. It was a crucial and ultimately successful choice.
He had led by ten seconds with two laps to go, and eased out to his and Ducati’s first race win of 2021. 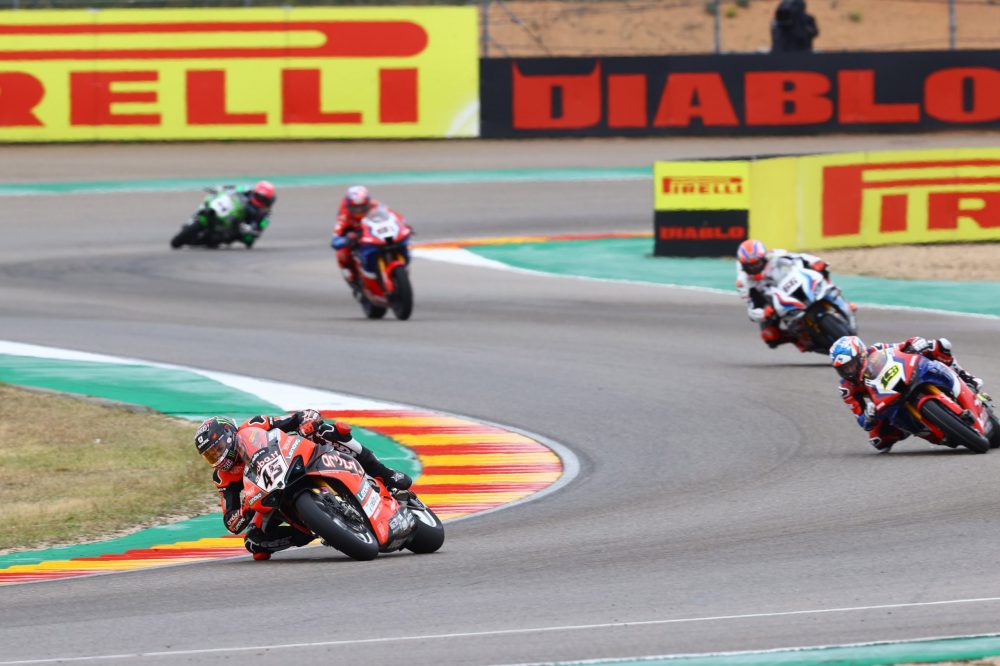 Jonathan Rea (Kawasaki Racing Team) was knocked off track by the ambitious attempted pass of fast starter Garrett Gerloff (GRT Yamaha) but both riders got going again, Gerloff from full crash mode.
Rea made a measured recovery from his unscheduled excursion to take a clear second place, despite strong pressure from his own team-mate Alex Lowes, who finished third today to take three podiums in three races. 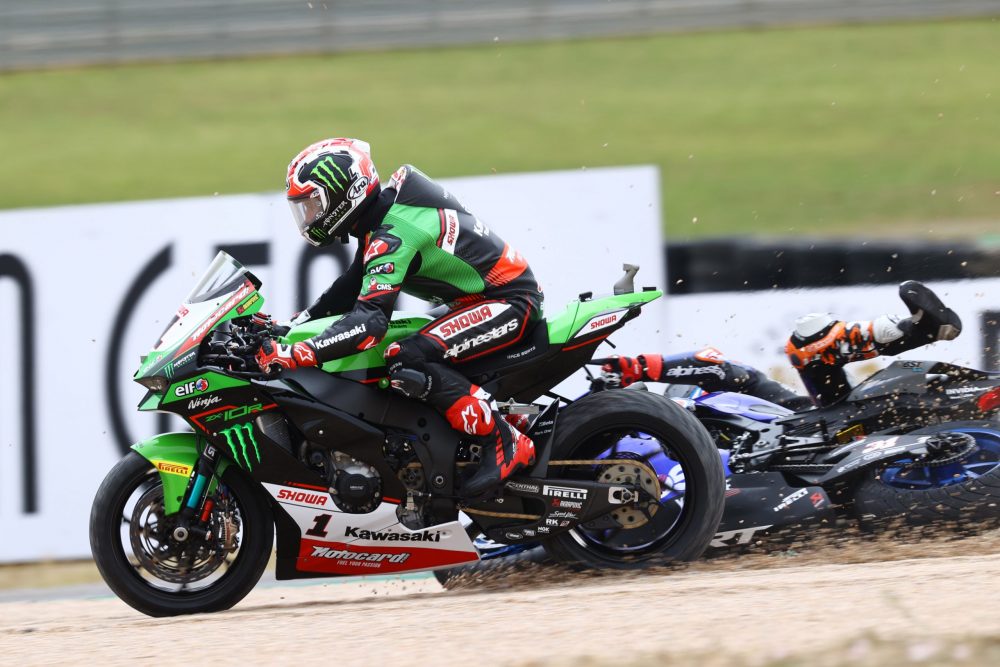 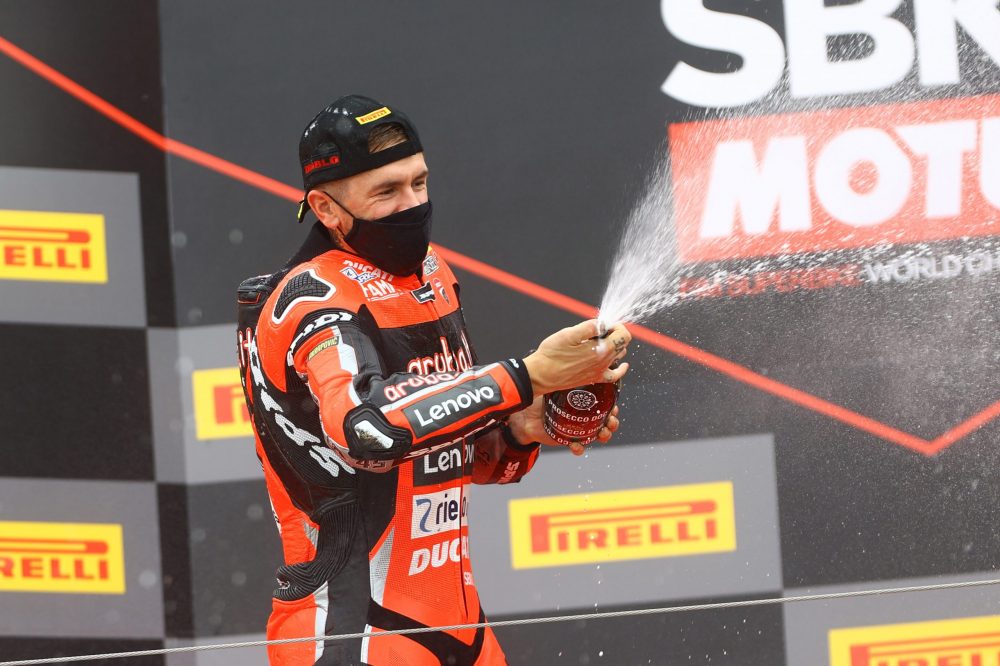