Bend it like Brian, he was motorcycling’s maestro of metallurgy

Born late enough to miss the end of WW2 hostilities, Brian Payne arrived in Melbourne as a Ten Pound Pom, conning a job with the BSA importers despite a lack of formal qualifications, but before long  had built one of the first sidecar ‘kneelers’ seen on our shores. That he did so based on no more than magazine photos of the British Championship-winning outfit attests to his innate talent.

A Bathurst winner for Orrie Salter followed; and another for Steve Bayliss. Brian quickly became the man to go to for those wishing to mend or bend a competitive road-racing outfit and, over the years, he built scores of winners. No one could bend it like Brian.

Just as successful were an equal number of Manx Norton and Matchless G50 replicas, the latter a particularly complex task. And though Brian’s first love was speedway, it was the road-racing outfits and solos that kept the order books full – particularly when John Warrian won the 1968 Australian Unlimited Grand Prix at Surfers Paradise on a Brian Payne built solo – the first TRANZAC Triumph. 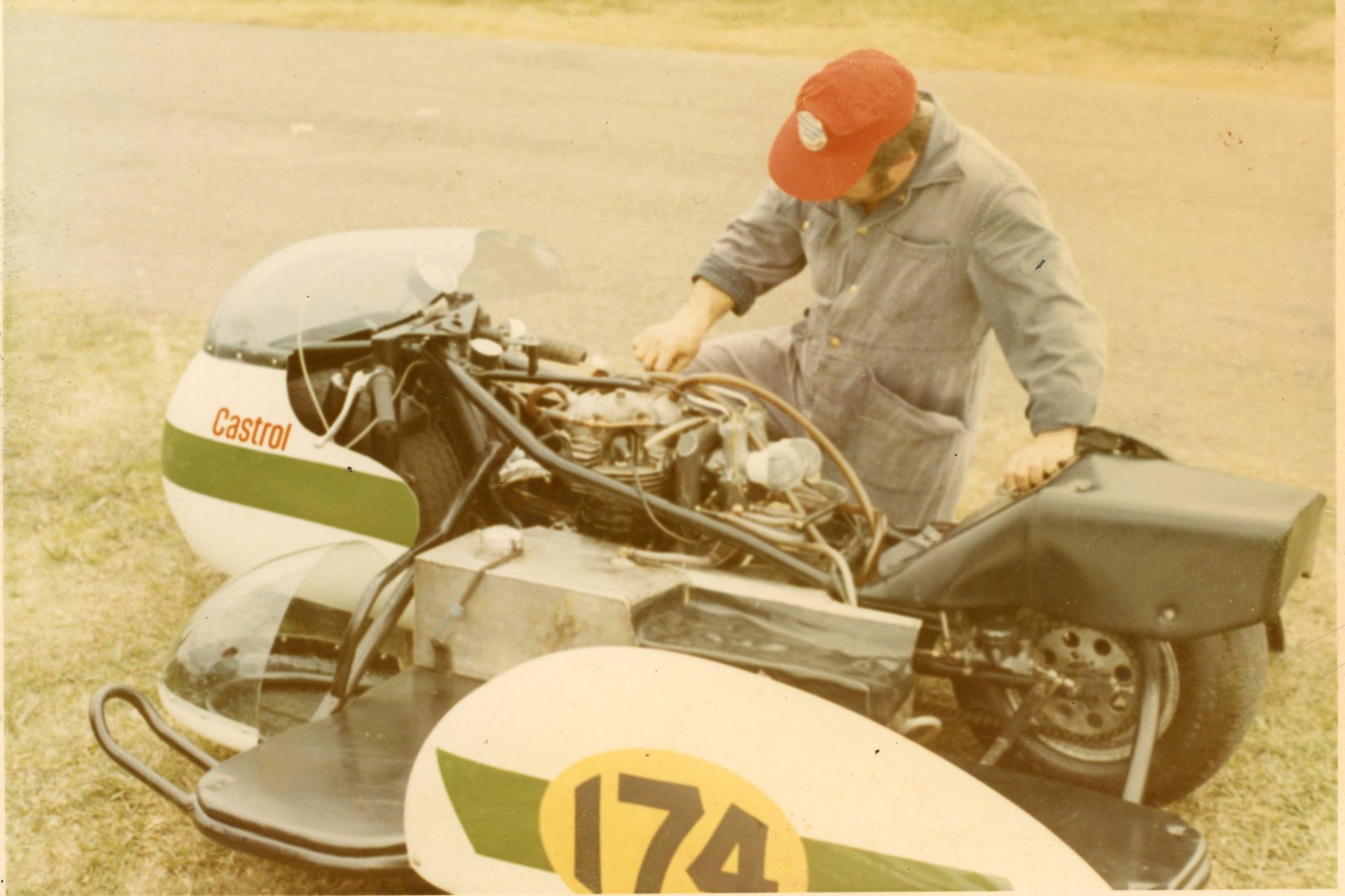 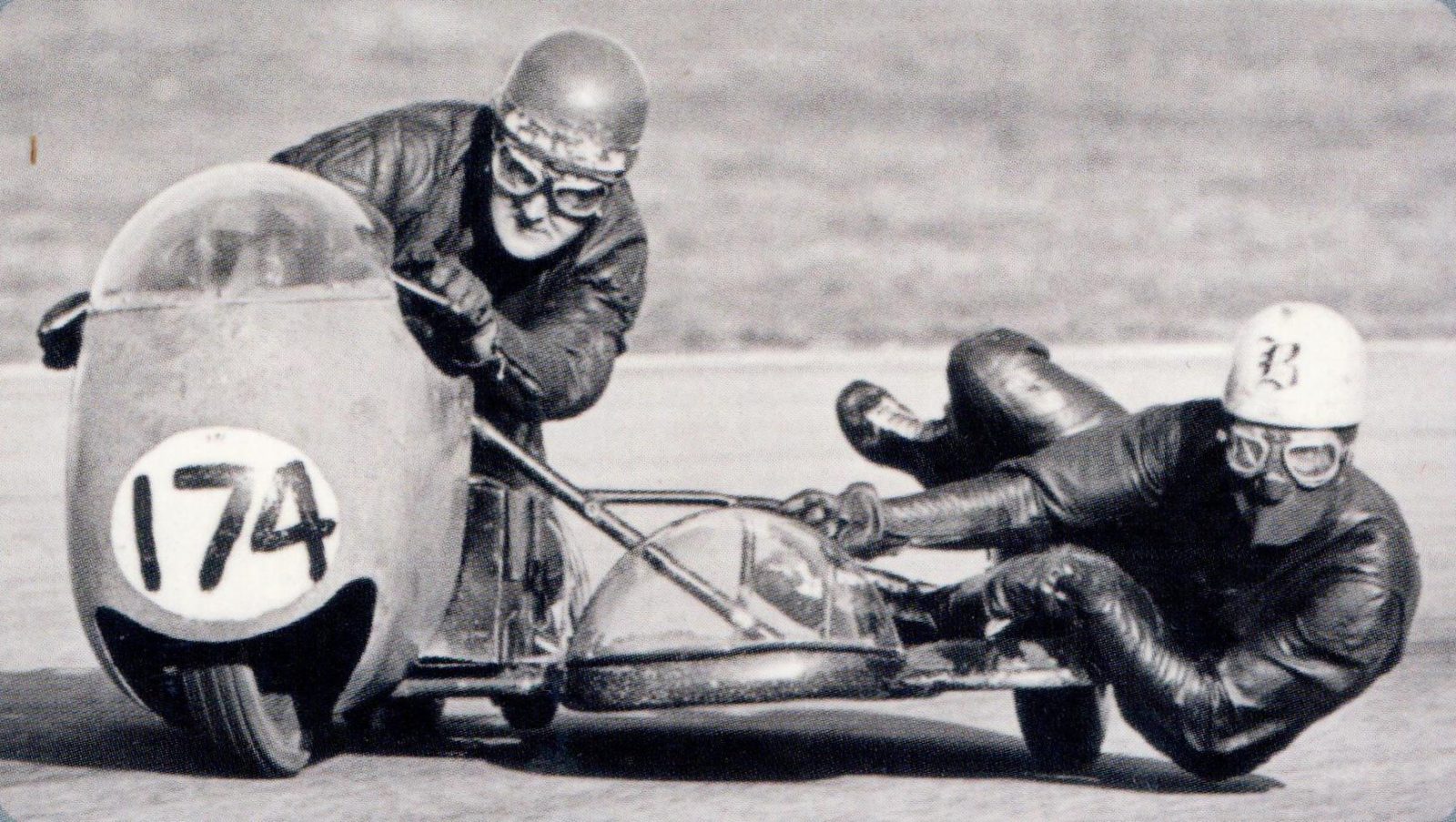 By this time Brian had moved north to Brisbane and, on one of Ron Johnson’s Vincent outfits, ran second to the boss in the final of the Queensland Sidecar Titles. Enthused by his Vincent experience Brian built his own Norton powered ‘kneeler’ on which he won the 1972 Queensland Sidecar Title with Brian Lemon swinging. The two Brians felt they may have had a realistic shot at the Australian title held at Sydney’s Speedway Royale. However at their only outing on the narrow, peculiarly egg-shaped circuit, lack of familiarity – compared to the teams that competed every Saturday night – was their undoing.

However, in road racing Brian was more often than not on the champers, winning his sixth and final Queensland title at the age of 60 with a young Jim Duncan in the chair.

“We were seldom off the podium,” recalls Duncan. “And, at Lakeside, like as not, on the top step with a new lap record.”

At the last of the traditional Bathurst meetings in 1988 Brian – at 64 years old – placed fourth in the Australian 1000cc Sidecar Grand Prix. Both he and sidekick Jim Duncan were on the grid at Phillip Island in 1989 and Eastern Creek in 1991. And the pair continued to compete until into the late 1990s. 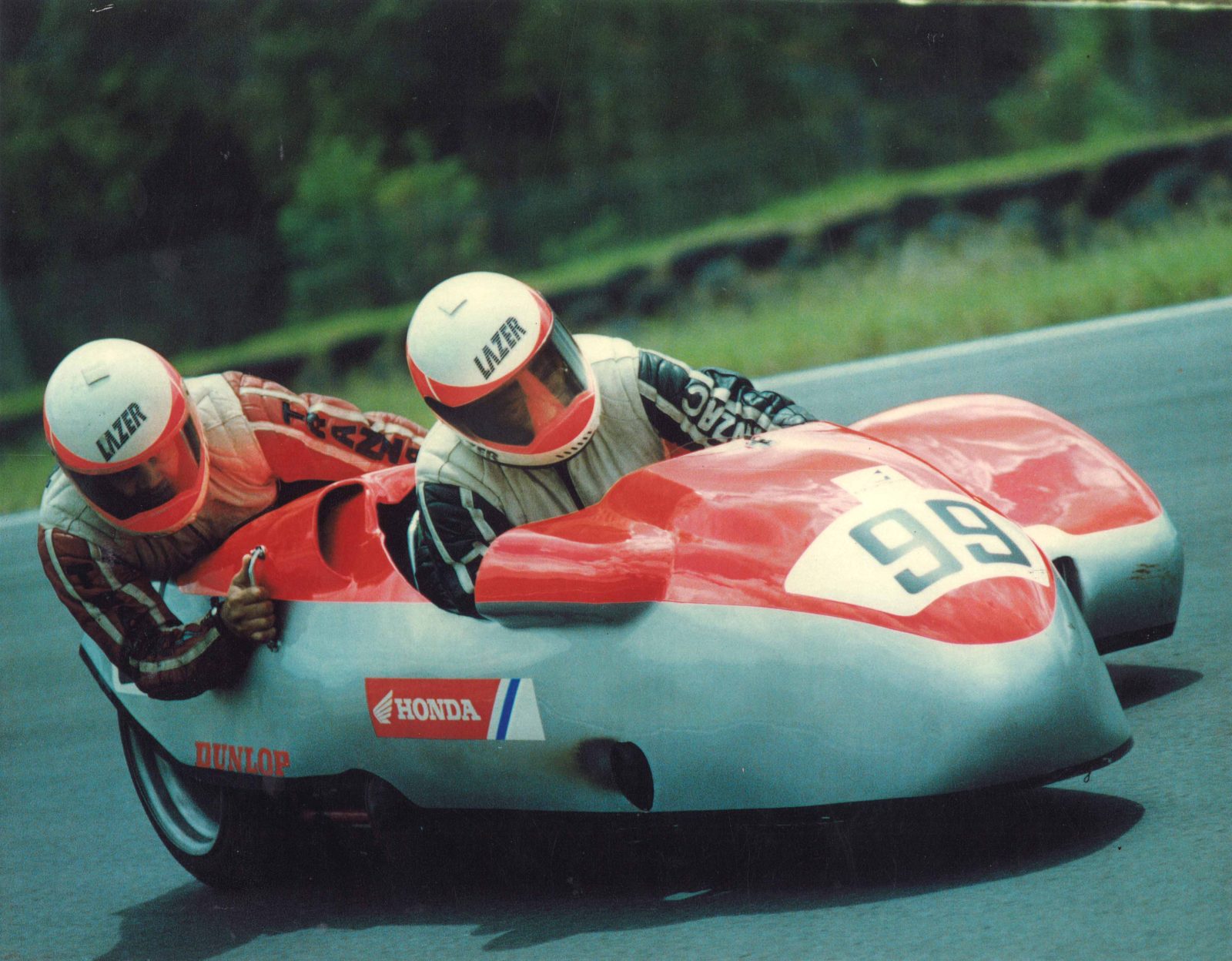 Winning another Queensland title on the Honda CB1000-powered ‘worm’ 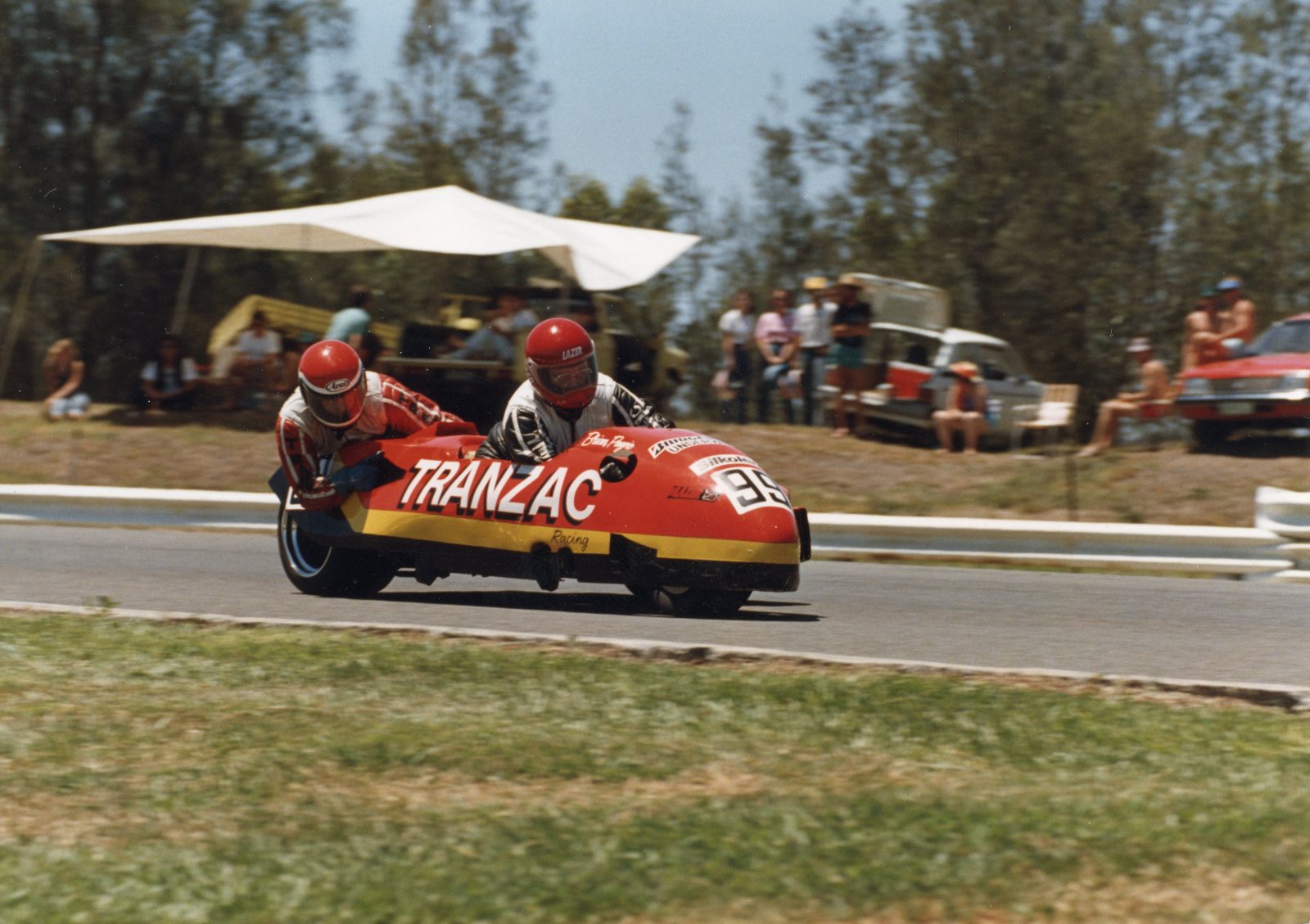 With Jim Duncan on the TZ750 powered monocoque

“The whalers at Tangalooma knew Brian was the only bloke able to straighten out whaling harpoons that were bent like bobby pins. He was certainly one of the first to work successfully with chrome-moly and even had the QUT boffins baffled when he managed to forge magnesium in his backyard kiln.”

“When Kim Rohrlach broke a magnesium upright on his supercharged VW at Mount Cotton few would believe it when ‘Paynie’ welded and gusseted it overnight for Rohrlach to win the Australian Hillclimb Championship the next day. Brian was a master metalworker but more importantly a great mate. I often go down to the shed and sit on the old Norton he raced 50 years ago. It’s my therapy.”

In his career Brian built close to a hundred solo and outfit frames and a number of complete Speedcar chassis – not to mention the Morgan tribute three wheeler or the Chevy-powered drag bike. All these efforts combined to make Brian’s name ubiquitous in both speedway and road racing arenas, however it was TRANZAC – his exhaust manufacturing business – that put food on the table. At its peak TRANZAC supplied the trade with scores of exhaust systems for Honda, Suzuki and Kawasaki in addition to numerous bespoke applications for British machines and custom tourers.

More than 40 years after its inception, the business lives on under the ownership of Michael Ricketts, still manufacturing exhaust systems under the Payneless Extraction – a fitting tribute to its founder. Brian’s workshop extended to everywhere except the bedroom