“It’s the same formula but they’re two totally different bikes, eh?” offered my riding mate Andy as we gulped down water after a particularly difficult section of cricket ball-sized rocks. He was on his kitted-out Suzuki DR-Z400 and I was on a Royal Enfield Himalayan. And while the Suzuki is a far more off-road oriented machine than the Enfield is, they’re both their respective marque’s 400cc single-cylinder dual-sport offerings and both enormously capable in their own right.

After our many and varied escapades last year on Benelli’s TRK502 and the Suzuki V-Strom 650, we decided it was time for some more, well, adventurous adventures; less time on the black top and more time delving deeper into the bush.

As many of you know, adventure is Andy Strapz’ middle name, so despite my lack of confidence on anything less than a well-maintained gravel road, I followed the DRZ’s tailight as it dropped off the verge of the road and disappeared into the scrub.

Strapped to the pillion seat and small rear rack behind me was a tent, an inflatable mattress and a small bag packed full of the bare essentials for a night in the bush and that meant we could follow our noses and not be dictated by townships and no-vacancy signs. And between the tubular-steel pillion grab handles and small but practical rear rack, I was locked and loaded with just two small straps.

There are plenty off reasons why the Himalayan probably wasn’t the best choice for following a bloke like Andy through the challenging country we traversed those couple of days – and many people were quick to regale me with reasons why – but there were also plenty of reasons why it was an excellent choice.

For me and that confidence thing, seat height was important to me. It’s not very often you’ll hear me say that – I’ve always told anyone who listens you should never buy a motorcycle based on how you feel when you’re stopped, because that’s not what motorcycles are for. But in this case, if I found myself straddling the side of snotty hill I wanted to know that if I put my foot down, I’d be able to touch the ground and the Himalayan’s 800mm perch ticked this box.

While I agree there may be more suitable machines, the Himalayan still possesses more than its fair share of attributes well suited to the Aussie bush. Its skinny 21-inch wire-spoked front wheel is way more at home on the gravelly stuff than the black stuff and while the non-adjustable suspension in basic on paper, its performance was surprisingly capable considering some of the places we pointed it, and has a decent amount of travel at each end with 200mm (front) and 180mm (rear).

Its excellent fuel consumption matched to a 15-litre tank means we were never concerned about running out of juice, the aluminium bash plate fitted as standard means I didn’t need to overthink obstacles, its removable rubber footpeg inserts made life easier with my off-road boots and the side-mounted water racks either side of the tank double as crash protection for some peace of mind – thankfully I didn’t test its suitability.

Lastly, the Himalayan’s tractability is such a boon out there in the boondocks – it puts the tractor in tractability – and that’s not an insult. The sections I would have rather turned back and not tackled, I just stood up over, held a constant throttle and Himalayan just trudged on through it. It may not have been graceful or sporty, but it was successful. And Royal Enfield wouldn’t have it any other way. 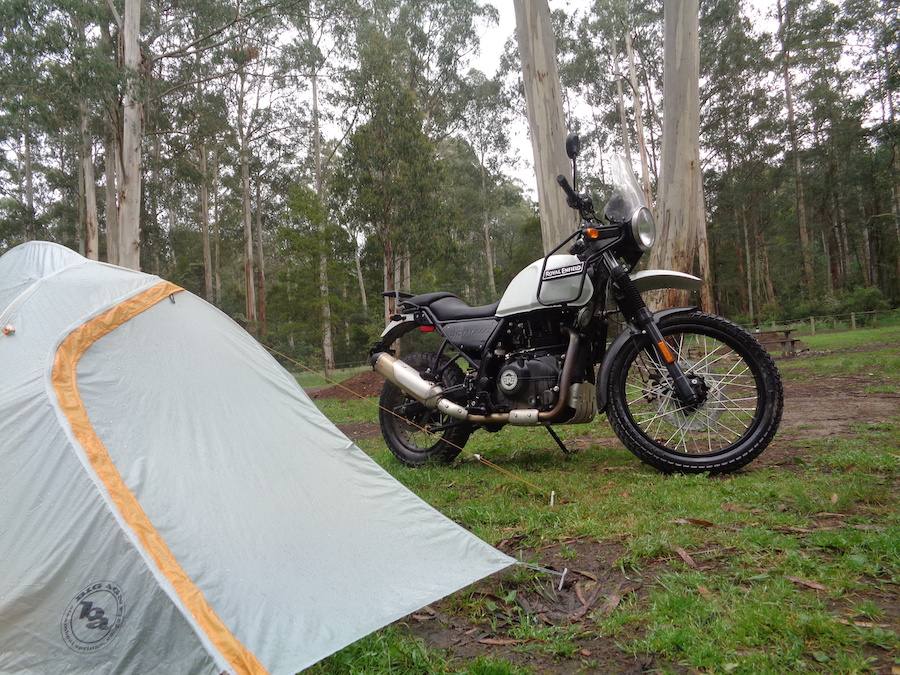 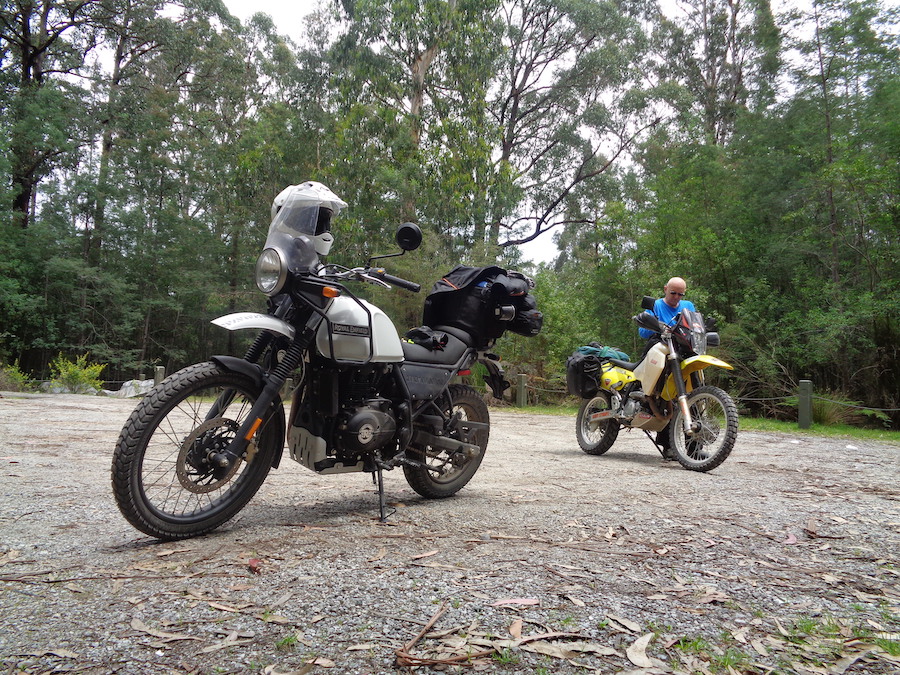 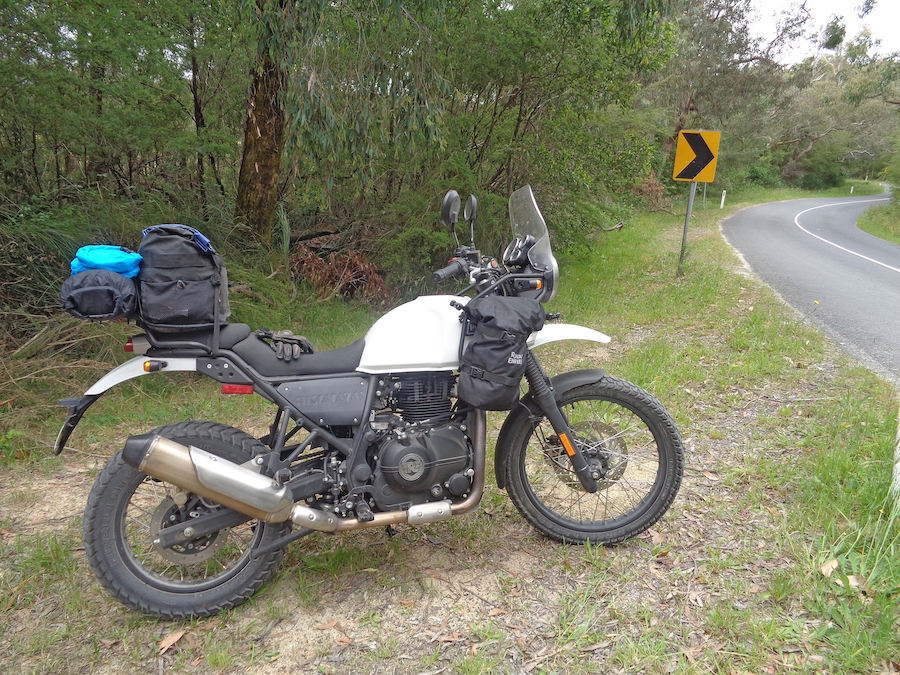 The tortoise and the hare

So close, yet so far

In theory, the DR-Z400 and the Himalayan are two different takes on the same formula. But in practice, they’re very, very different. Admittedly, Suzuki has had decades of experience building off-road machinery compared to RE’s not-quite two years, but they’re also two machines aimed at very, very different riders.

In terms of straight-out spec comparison, it’s a 411cc single-cylinder donk good for 32Nm of torque in the Himalayan versus a 398cc single cable of 34Nm of the Suzuki. The lots-of-aluminium Suzuki’s wet weight of 138kg well and truly trumps the lots-of-steel Himalayan’s 185kg, but the Himalayan’s 800mm seat height dictates it’s carried a lot lower than the in the 935mm-high seated Suzuki. There’s only 10mm difference in the wheelbase, fully adjustable suspension on the Suzuki versus no adjustability on Himalayan. When it comes to dollars and cents, it’s advantage Himalayan with $6990 (ride away) and a two-year warranty period, versus $7990 (plus on-road costs) and a one-year warranty period.

3 reasons why you should head bush

For the same time spent on the tar, you’d travel three or four times as far and when it comes to consumables such as fuel and tyres, you’re getting way more bang for your buck

A fair percentage of my road riding is spent worrying about whether the driver in vehicle coming the other way may or may not be updating his or facebook status. We didn’t see anyone out there

To use a term penned by the late, great Pete Smith, you don’t have to be concerned about those pesky ‘pleece’ hiding in the bushes poised to fleece you of points and cash