MV Agusta is preparing to launch a new version of the Brutale 1000 – the RS – which will sit alongside the track-focussed RR version as a more road-friendly option.

The bike’s existence, rumoured earlier this year, has been confirmed by European type-approval documents that confirm that while it gains a more comfortable riding position it will lack nothing in terms of performance when compared to the RR version.

The document confirms a top speed of 305km/h, a peak power of 153kW at 13,000rpm and max torque of 116.5Nm at 11,000rpm, all identical to the Brutale RR and the limited-edition Serie Oro version that introduced the latest MV Agusta four-cylinder engine. There’s no change in weight, either, with the new bike weighing in at 208kg including fuel – exactly the same figure that’s quoted for the other models.

What has changed, then? The answer can be found in two changes to the bike’s dimensions. Its width is increased by 30mm, going from 805mm to 835mm and reflecting the addition of wider bars. At the same time, the overall height is upped from 1045mm to 1070mm. That might be a small alteration, but it probably indicates a significant change to the riding position. On the Brutale RR, the highest point (not including mirrors, which tend to be excluded from type-approval measurements) is the top of the instrument pod. The 25mm increase on the RS version reflects the fact that that the bars will rise that much above the instruments, which means they’re actually more than 25mm higher than the existing RR’s bars.

Coincidentally, or perhaps intentionally, the 1070mm height is identical to that of the Brutale 800, which has much more comfortably positioned, high-mounted bars when compared to the dropped design used on the track-oriented Brutale 1000 RR. A change in footpeg position also seems likely on the RS to suit the revised bar placement.

The RS is also expected to use softer, lower-spec suspension components than the RR, which performs well on track but is too firmly sprung for typical road use. Reducing both the suspension stiffness and the cost of the components should help separate the RS from the RR in terms of ability and price, giving the two models their own distinct spots in the MV range. 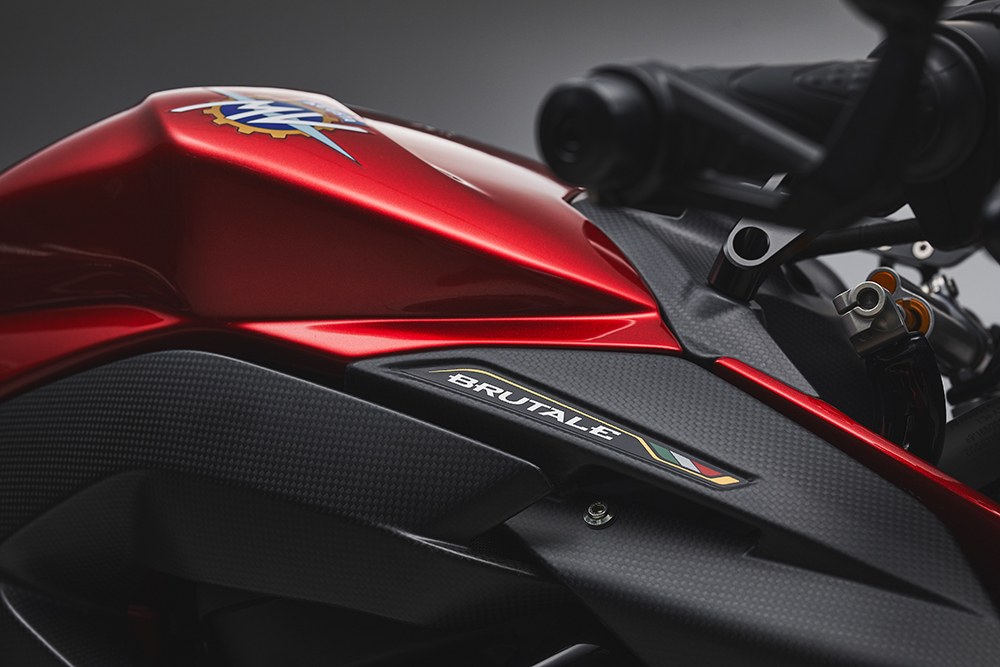