Andrea Locatelli has already broken multiple FIM Supersport World Championship records this year, and following his double victory in the Teruel round at Aragón, the Evan Bros Yamaha WorldSSP Supported Team rider becomes the first to win nine races in a single season.

After setting a new fastest-ever WorldSSP lap at the Spanish venue in the Superpole to maintain his 100 percent pole position record, Locatelli was in sublime form in Race 1 on the #55 Yamaha R6, taking the lead out of the first corner before setting off into the distance to claim an eighth win of the season.

In Race 2, the 23-year-old dropped to third in the first corner and settled into a steady early pace as several riders jostled for the podium positions. Heading onto the fourth lap, MV Augusta’s Raffaele De Rosa collected the back of race leader GMT94 Yamaha WorldSSP Supported Team’s Jules Cluzel at Turn 1, which promoted Locatelli to first.

For the next three laps, the 2020 rookie managed his pace with pressure from Lucas Mahias’ Kawasaki behind, but then put the hammer down at the halfway stage, claiming the fastest-ever race lap at the Spanish circuit before streaking clear to take a ninth consecutive WorldSSP victory. 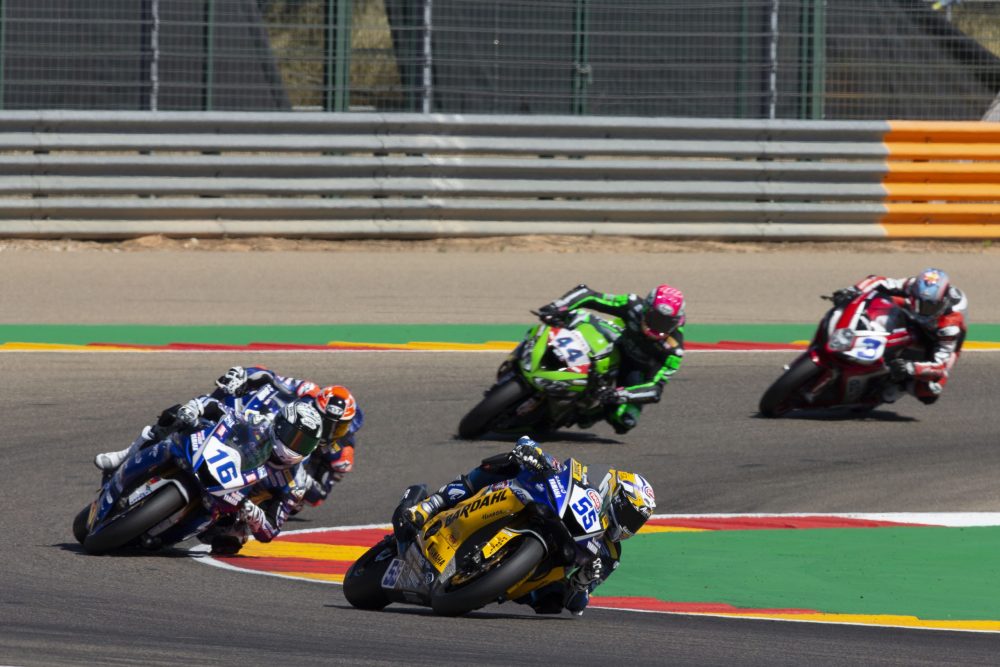 After a fall knocked him out of podium contention in the opening race, Kallio Racing Yamaha WorldSSP Supported Team’s Isaac Vinales took the holeshot from second on the grid in Race 2, but conceded the lead to Cluzel later in the lap. After Locatelli got by, the Spaniard settled into the race-long fight for the final spot on the podium. Heading into the last corner of the final lap, Vinales pounced on Philipp Öttl’s Kawasaki and won the drag race to the line to claim a second rostrum of the season in third.

Kallio Racing’s Hannes Soomer was also looking to bounce back from an incident that dropped him out of the points in Race 1, and joined his teammate in the podium fight on Sunday. The Estonian was sixth for much of the race, but gained a place on the final lap to cross the line in fifth, matching his best result of the season.

GMT94 Yamaha’s Corentin Perolari backed up his ninth-place finish on Saturday with seventh in Race 2, narrowly missing out on the top five result by 0.237s following a last lap three-way scrap over fifth.

GMT94 Yamaha’s Cluzel battled to third in Race 1 and looked to be in with a shot of victory on Sunday. However, while leading the field, the French rider was taken out of the race on lap four at Turn 1. Cluzel suffered fractures to his left fibula and tibia, and will be assessed further in Alcaniz before undergoing surgery in Zaragoza.

Andrea Locatelli: P1 & P1
Evan Bros Yamaha WorldSSP Supported Team
“It’s an incredible feeling. We just kept pushing throughout Race 2 and took another fastest lap, but it was quite disappointing that we couldn’t fight with De Rosa and Cluzel after their early incident. We continued to focus and did a really good job to take the win. Next we head to Barcelona, which is a track I know, but I’ve never been to Magny-Cours or Estoril, so we have to continue working hard to make sure we can fight again there. I’m still not thinking about the championship yet, I just want to continue this momentum and take it race-by-race.” 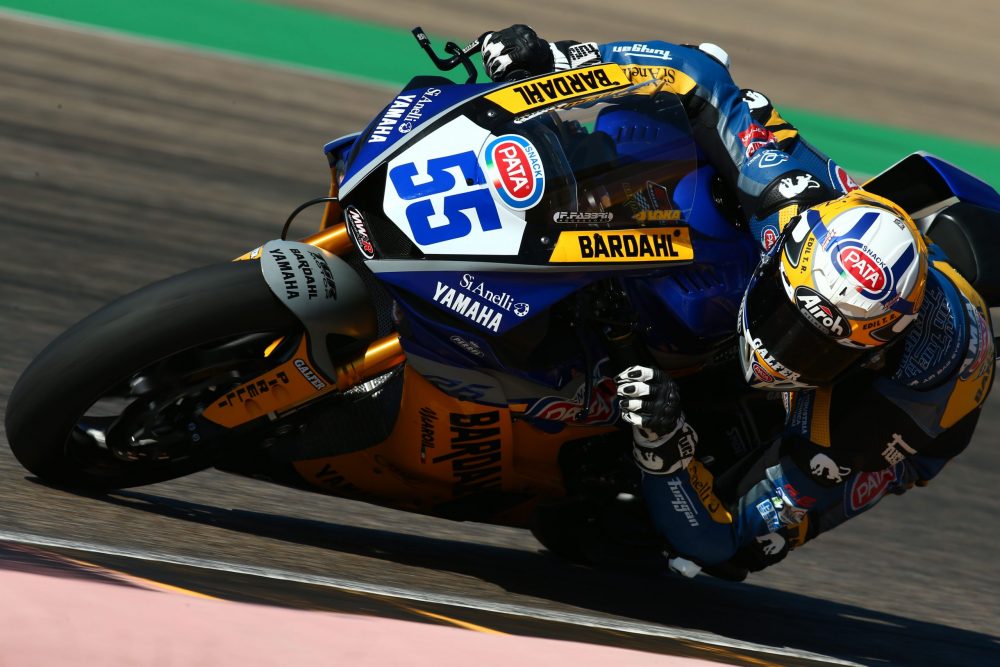