Aegerter can be seen standing up before quickly laying back down in a performance worthy of the FIFA World Cup.

Aegerter banned from Race 2 at Most due to unsporting behaviour.

WorldSSP Championship leader Dominique Aegerter has admitted to faking a concussion after a Turn 1 crash in Race 1 of Round 6 at Most in the Czech Republic to bring out the red flag.

After the incident, Aegerter was checked by the Chief Medical Officer (CMO) at the Medical Centre and declared unfit with a suspected concussion. He was reassessed in hospital on Saturday evening and again on Sunday morning, where he admitted to simulating the symptoms of concussion to the CMO. He was then cleared as medically fit to ride. 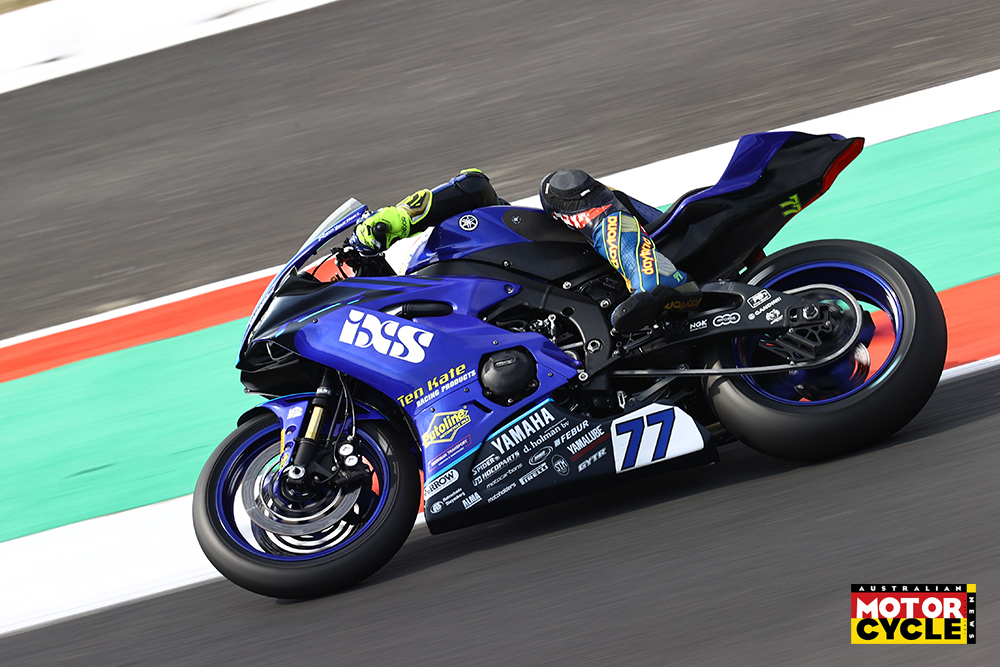 The FIM Stewards had other ideas, however, ruling that Aegerter acted in an unsporting manner by faking the concussion in order to prevent the track from being cleared, and in turn stopping the race.

Aegerter eventually accepted full responsibility for his actions with a supporting statement submitted to the FIM Stewards. He copped an immediate single-race ban that prevented him from taking part in Race 2 at Most.

See the below replay of the incident where Aegerter can be seen standing up before quickly laying back down in a performance worthy of the FIFA World Cup.