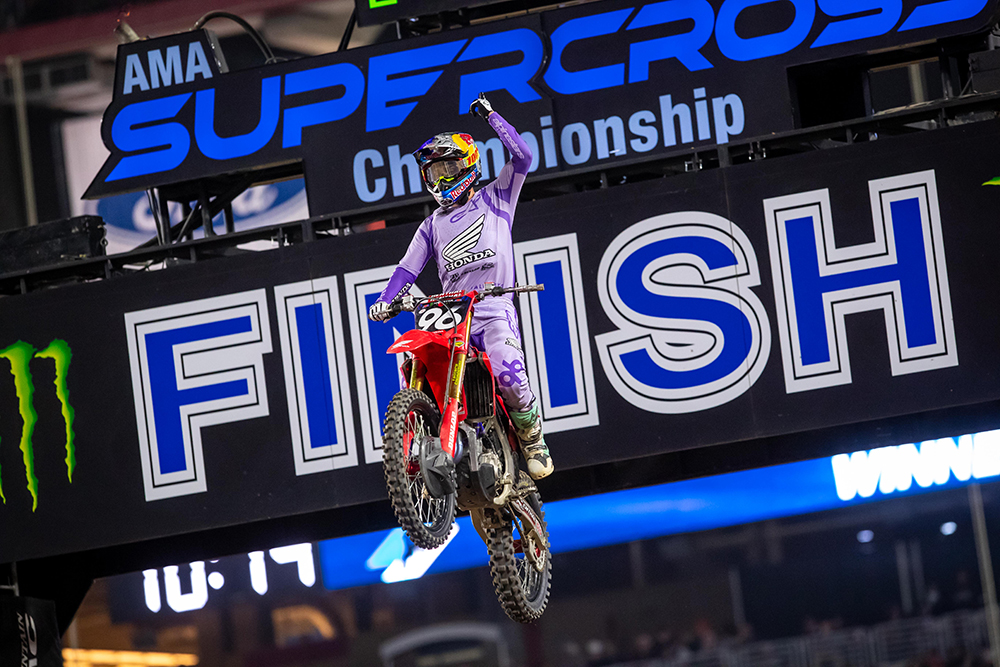 Lawrence was impressive all day in the 250SX West class, topping daytime qualifying aboard his CRF250R and charging hard in the night program. The young Australian battled over second in the first race, eventually securing the position. In the second race, he avoided a dramatic incident involving Vince Friese and points-leader Christian Craig to take the win. The final race saw Lawrence complete lap one in third and then race to a runner-up finish, which was enough for the overall victory. 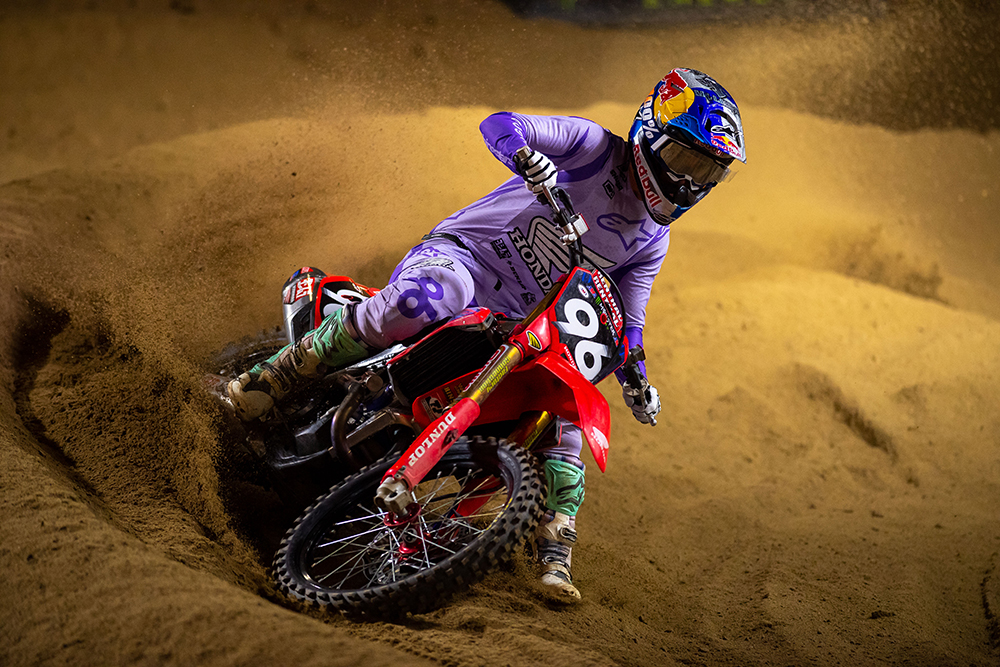 In a nod to Australian Formula 1 driver Daniel Riccardo, Lawrence celebrated on the podium by chugging champagne from his boot. While Ricciardo is closely associated with this celebration (called a “shoey”), as is MotoGP racer Jack Miller. 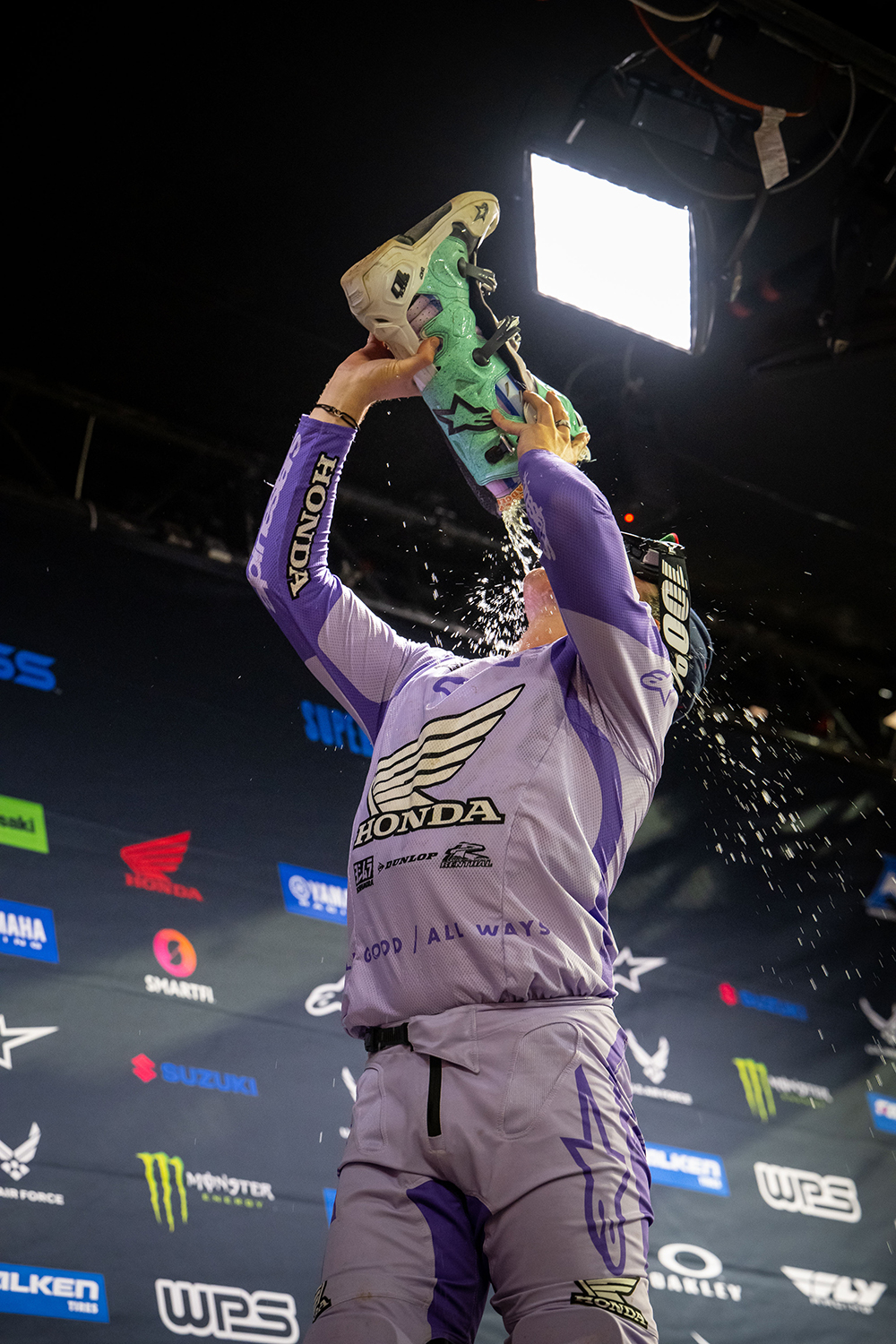 Lawrence’s 250SX win was the second of his career, and it kept his perfect string of 2022 podium finishes going. It was also his ninth career podium result in just 16 starts. 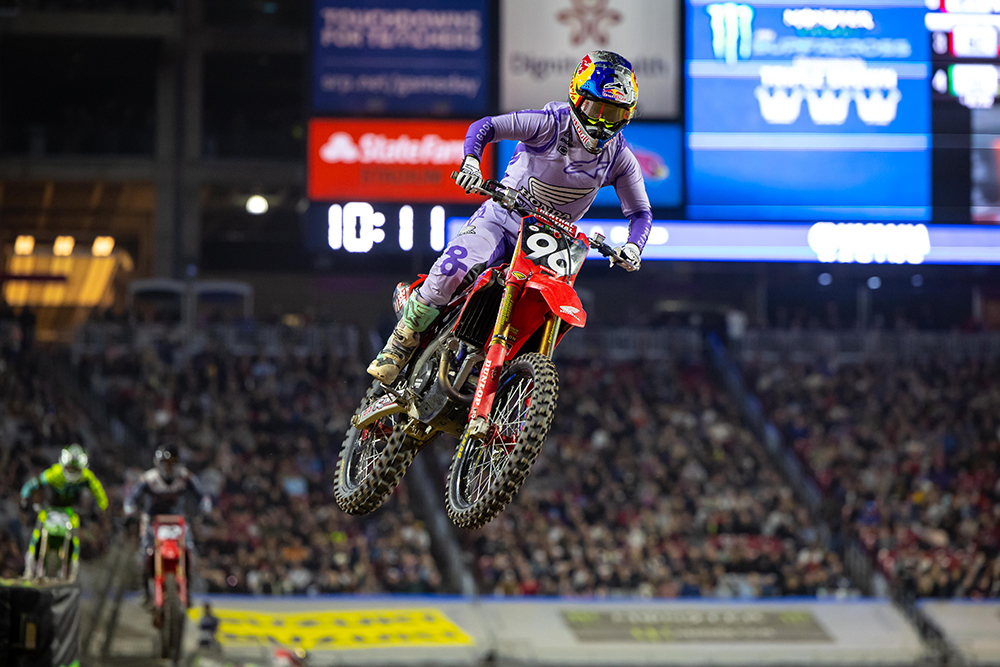 “Great weekend here in Arizona! I had no idea what to expect going into it because it was my first Triple Crown. It was exciting with the three races, but at the same time I thought it was going to be tougher on the endurance side of things – it was really just three sprints. We worked on starting our day better, and we did so, going P1 in both qualifying sessions, and then winning the overall was awesome. It’s weird when you go 2-1-2; right off I didn’t feel like I actually won it because of the moto scores, but it was a crazy night. We ended up staying out of trouble for all three races, which rewarded us well! Massive thanks to the team! I’m looking forward to next weekend. Obviously I want to do it on a proper night as well – and I want to get a holeshot!” 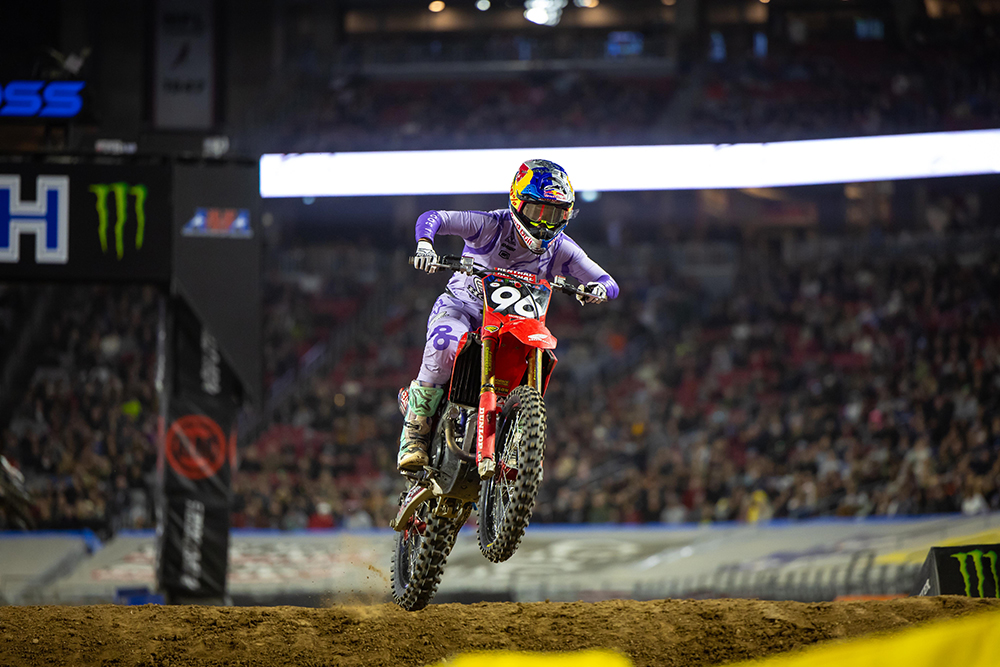 In the 450SX class, Chase Sexton finish third overall in Glendale, Arizona, helped by a first-place result in the last of three 450SX races, while teammate Roczen finished fifth overall. 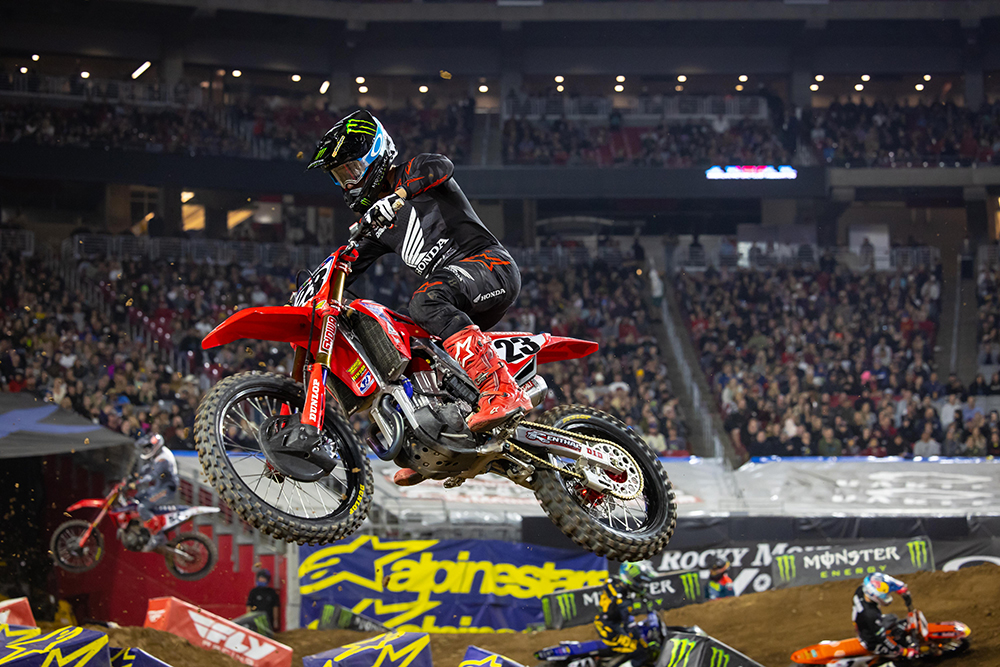 Roczen ran in second early in the first 450SX race, but he slipped two positions before the finish. Meanwhile, Sexton suffered a couple of tip-overs and turned in an 11th-place result. Sexton and Roczen had their CRF450R race machines in the top five for the majority of the 12-minute-plus-one-lap second race. Sexton made smart passes for a third-place finish, while Roczen was sixth at the finish. Sexton secured the holeshot in the final race and built a four-second lead before eventually reaching the checkered flag with a 2.5-second margin. Roczen suffered a poor start and climbed to seventh by the finish. 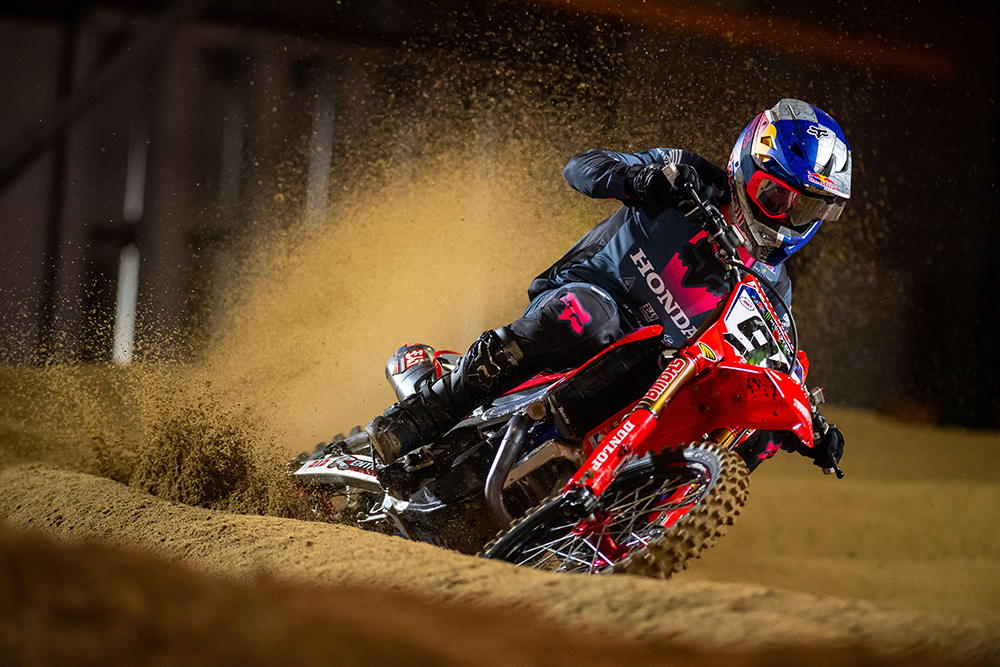 Team Honda HRC will now head back to California for round 6 at Anaheim 3, after which the 250SX West class will take a five-week break, as the 250SX East Region kicks off in Minneapolis on 19 February. 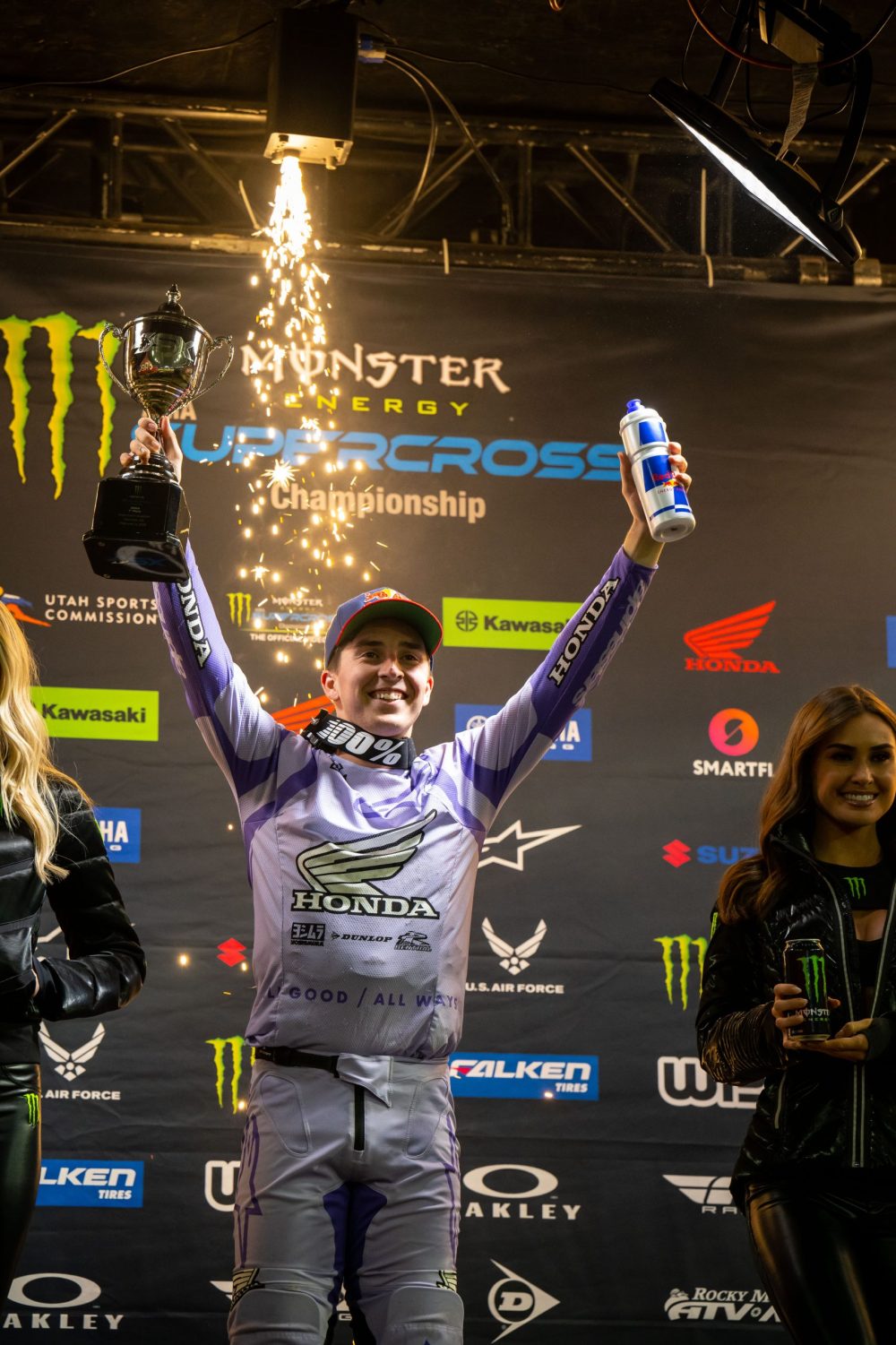