Peter Hickman set the 2022 Isle of Man TT Races alight on Monday evening with the first 130mph lap of the event, with a speed of 130.72mph

Peter Hickman set the 2022 Isle of Man TT Races fuelled by Monster Energy alight on Monday evening with the first 130mph lap of the event, with a speed of 130.72mph putting him seven seconds clear of second quickest Dean Harrison (129.84mph) with Davey Todd (128.024mph) third. 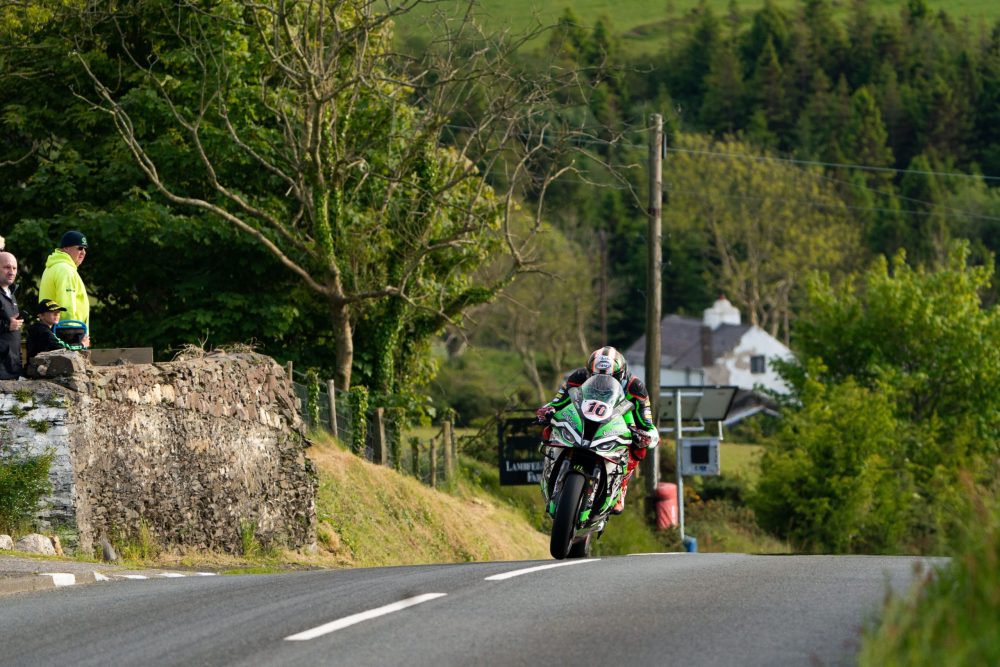 Todd’s strong start to this year’s event continued as he set the fastest lap in the Superstock class, the Milenco by Padgett’s Motorcycles rider lapping at 129.58mph which put him clear of teammate Conor Cummins (127.91mph) and Manxman Nathan Harrison (125.67mph), the latter having a great start to his maiden TT.

Meanwhile, the newcomers continued to get to grips with the Mountain Course with Glenn Irwin again leading the way at 122.92mph although both Milo Ward (118.24mph) and Joe Loughlin (117.97mph) impressed.

Overnight rain and a damp start to the day thankfully cleared and conditions were dry all around the course, although delays meant it wasn’t until 18.51 that the session got underway. Dean Harrison (DAO Racing Kawasaki) was first off quickly followed by Michael Rutter (Bathams Ales), Shaun Anderson (Crendon Suzuki by Hawk Racing), Brian McCormack (FHO Racing BMW/ The Roadhouse Macau) and Ian Hutchinson (Milwaukee BMW Motorrad). 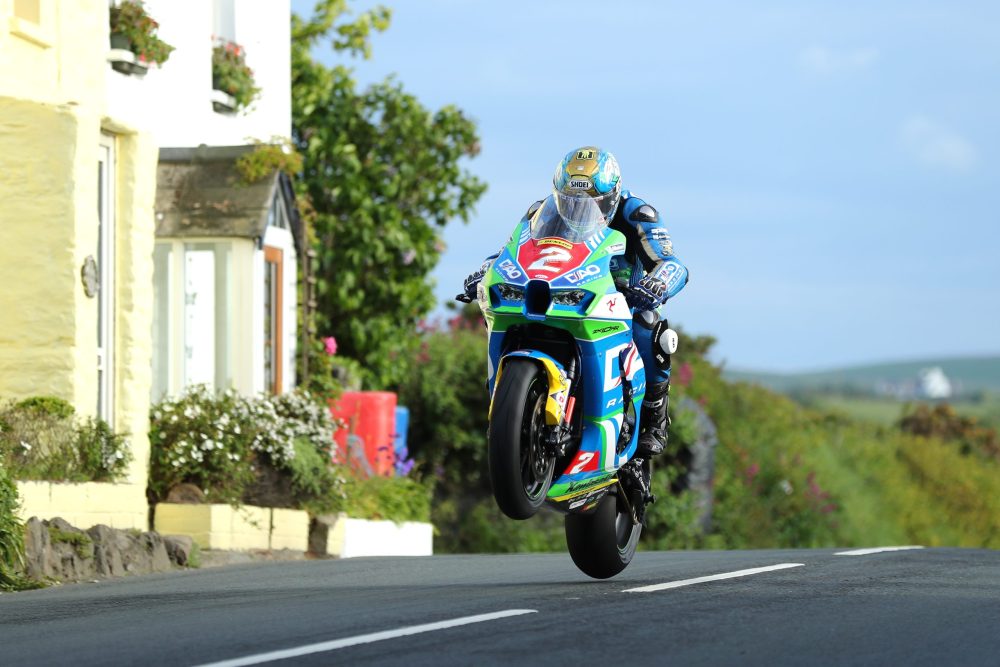 All were Superbike mounted other than Anderson who’d opted for his Superstock mount, as had Davey Todd and James Hillier (RICH Energy OMG Racing) whilst Gary Johnson was out on his Supersport machine. Peter Hickman (Gas Monkey Garage by FHO Racing) stalled off the line but quickly got going with John McGuinness MBE (Honda Racing UK) one of the last seeds to go.

First back to the Grandstand was Harrison at 128.18mph followed by Anderson (124.65mph) and Rutter (124.14mph), but Hickman was the quickest through all the sectors and he flashed across the line almost ten seconds quicker than Harrison at 129.37mph.

Local rider Nathan Harrison was going superbly and a lap of 125.43mph put him ninth quickest overall on the lap and third overall in the Superstock class. Meanwhile, Glenn Irwin’s opening lap, on the Superstock Honda, was 120.16mph, the Ulsterman struggling slightly with tendonitis.

Second time around and just under three seconds covered Hickman, Harrison and Todd up to Ballaugh but as the lap progressed Hickman edged away and his second lap of 130.72mph put him seven seconds clear of Harrison (129.84mph). McGuinness (127.77mph) was third quickest in the Superbike class ahead of West (126.90mph), Hutchinson (126.39mph) and Johnston (126.25mph). 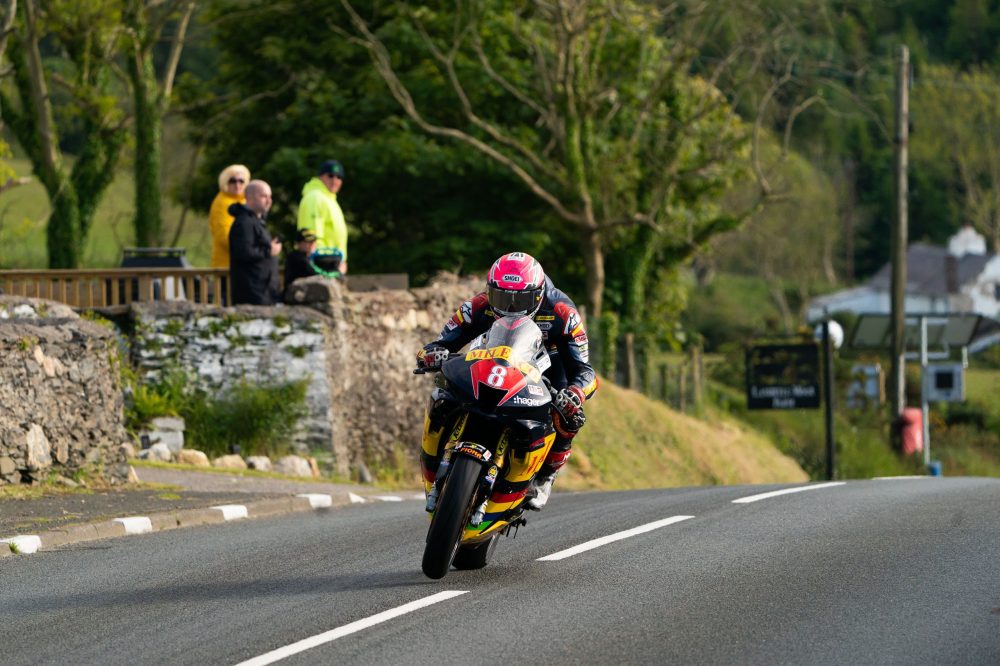 Todd, meanwhile, was only two seconds slower than Harrison and his lap of 129.58mph put him comfortably quickest in the Superstock category. Cummins (127.91) was 13s back in second and Nathan Harrison third, his second lap slightly quicker than his first at 125.67mph.

Hickman, Johnston and Dominic Herbertson were three of the leading contenders to switch to their Supersport mounts for their third lap but, unfortunately, an incident for Sam West at Laurel Bank brought out a red flag and the session to an end just before 8pm – the rider reported conscious with hand and leg injuries.

As solo riders were required to return to the Grandstand, the sidecar session was cancelled for today. 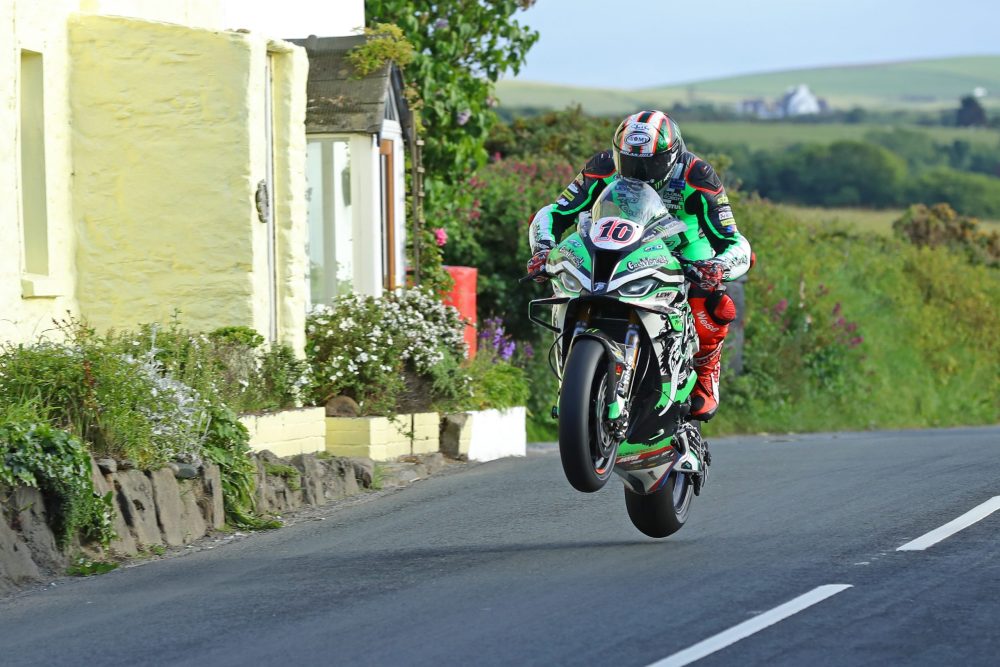