After the first day of WorldSBK testing in real-world preparation for the 2021 season Garrett Gerloff (GRT Yamaha) led the small but high-quality field of riders, with a best lap of 1’39.571. This put him a significant 0.384 seconds up on six-times champion Jonathan Rea (KRT), who was the only other WorldSBK rider under the 1’40 mark.

Gerloff was just over a second slower than the only MotoGP bike at these tests, ridden by Stefan Bradl. The German rider was the fastest of all on day one, with a 1:38.562 on an HRC test team Honda.

Gerloff’s latest step forward comes shortly after he stood in for none other than MotoGP megastar Valentino Rossi for a day at Valencia, having already scored three podiums in his 2020 WorldSBK rookie season. 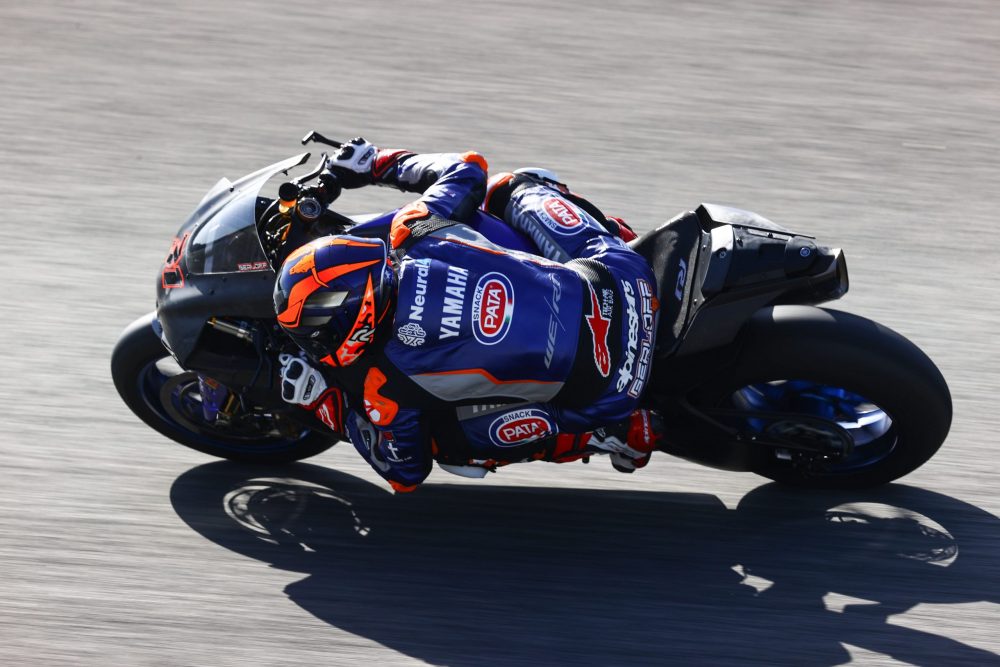 Gerloff had the chance to compare his new bike and his 2019 machine at Jerez and took the fastest testing time of all so far in the process. “It was good in the end,” said Gerloff. “The bike feels great – both of them – the 2019 I started on and the 2020 that I rode all day. They both felt awesome. We made some changes and they felt even better. It was nice to feel like we were going on an upward trajectory.”

In the 2020 season, those with the latest R1 (not Gerloff, who ran the 2019 model) said that the engine was the main area of improvement, especially in the midrange. Gerloff said, “At first it felt like that but then I did another back-to-back; it’s hard to say. But I think the engine is really strong, just like the other bike that I was riding. For me there is nothing that really stands out, as like ‘Oh, this is the 2020’ it is just a lot of little things that I don’t really notice, but they add up. But it is nothing like ‘Oh wow, this is it, this is what it is.’”

When asked if it would be difficult to find a big step anyway, considering where the performance of his podium capable bike was in his rookie season, Gerloff said. “Both of the bikes are pretty similar – the 19 to the 20. The bodywork is different and it is the 2020 engine which is a little bit better, in the streetbike also. It is just small stuff. But I just felt really good, really comfortable on the bike, and the couple of changes we made, made it even better.” 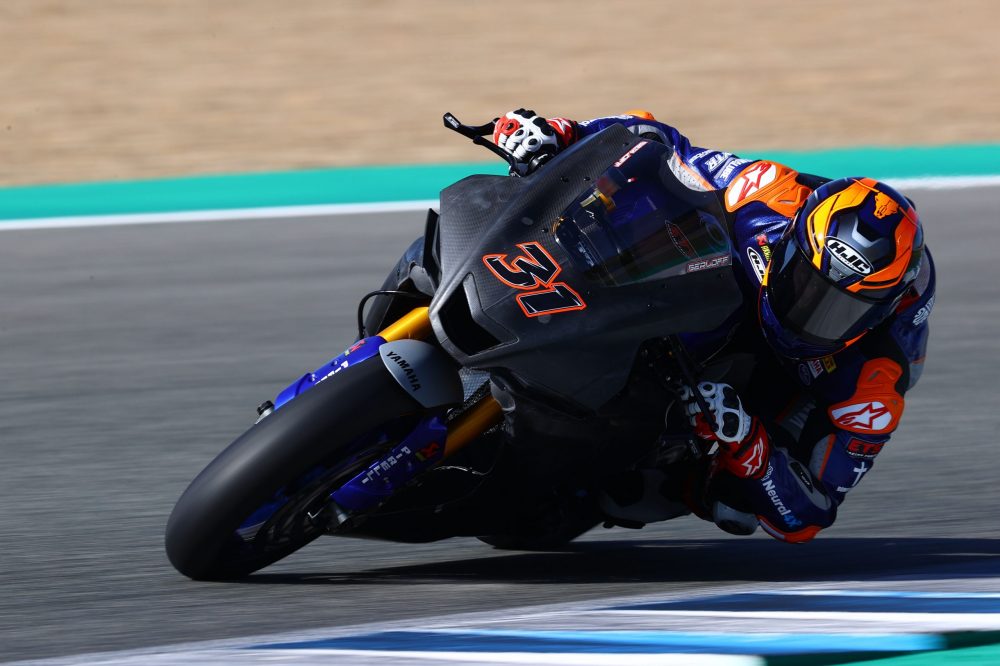 Gerloff even had a crash to finish off what was an otherwise strong first day of Jerez testing. “I was done for the day – I was on my cool-down lap,” said Gerloff. “I touched the kerb in T11, and crashed. One corner away from entering the pits. I feel like a dumbass as well – because I am a dumbass. Besides that everything else was good. For sure it was better that we ended on top and then that happen, than finishing in sixth or seventh or eight and then that happened. That would have been worse for sure. Anyway…”

The first official Yamaha WorldSBK bike was third today, ridden by Toprak Razgatlioglu, and the second official Kawasaki was taken into fourth place by Alex Lowes. Both KRT riders hit some trouble that halted their progress in the morning but got going again to finish nearer the top than the bottom of the timesheets. 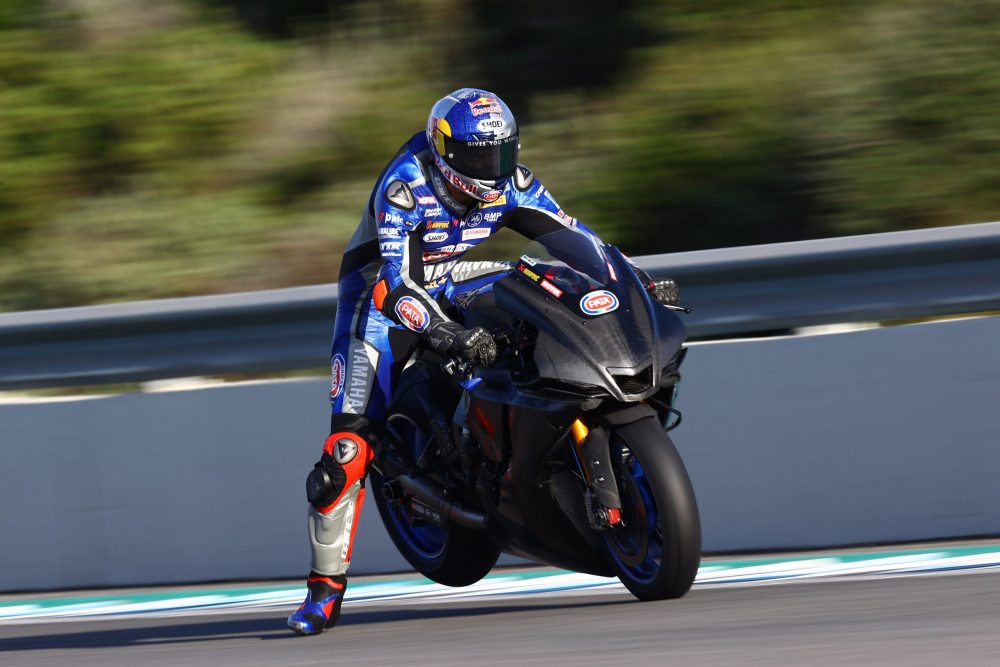 Leon Haslam, robbed of track time on the latest Fireblade in its first year of real race action, stayed out to the end of the day on his HRC Honda and ended up fifth fastest. Like his team-mate Haslam, Bautista tried out many items in the back-to-back fashion that the intense racing calendar would not allow in the race season. He was sixth. 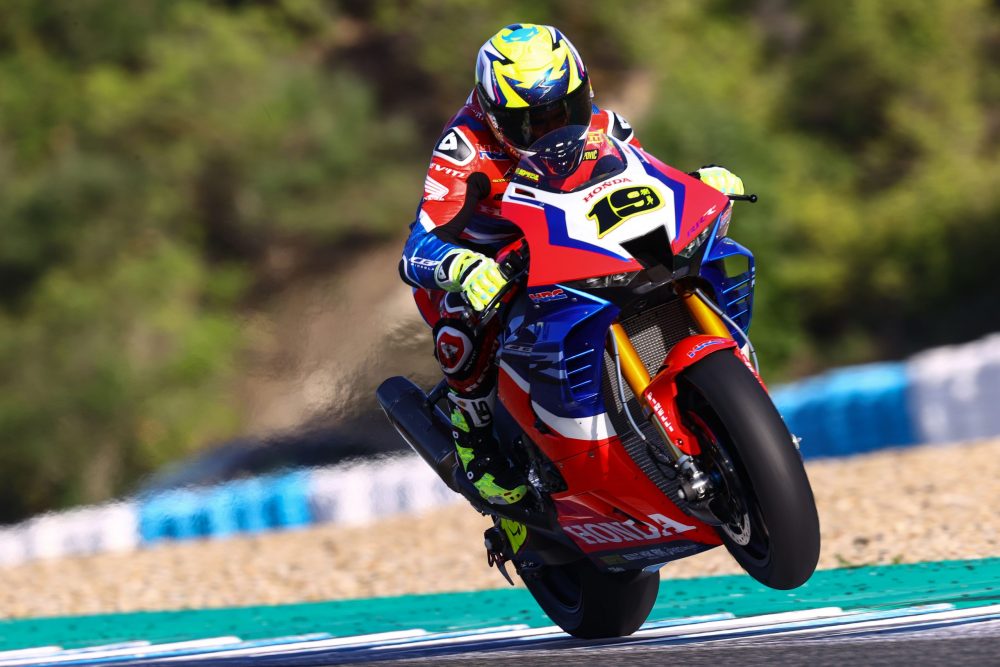 The second day of texting action gets underway at Jerez on Wednesday 18th. 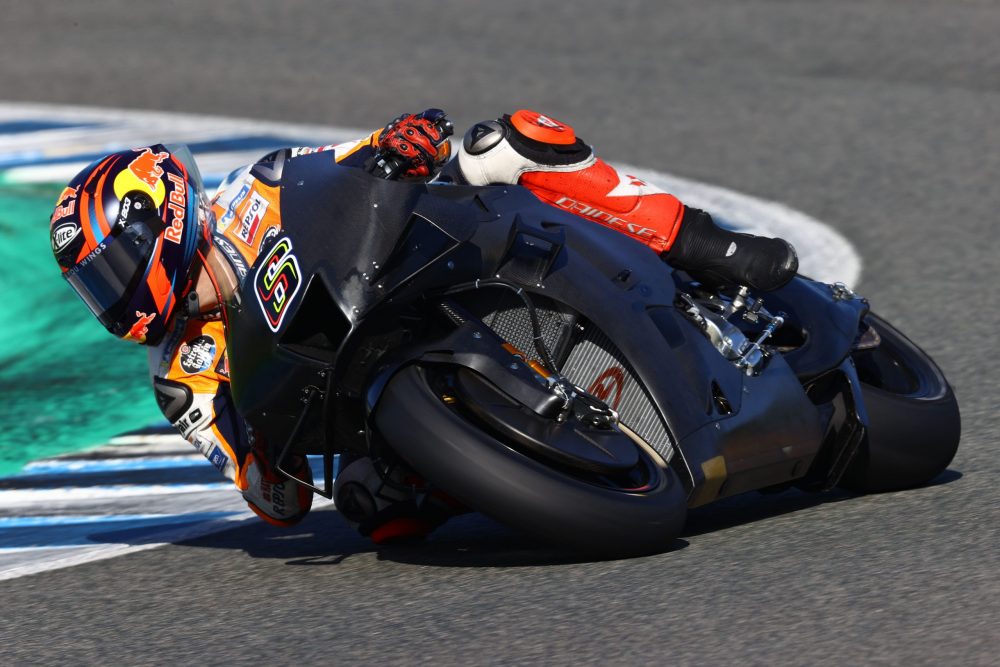