In finishing third in Sunday’s WorldSSP race Dominique Aegerter (Ten Kate Racing Yamaha) took the WorldSSP Championship crown with one round to go – aided in no small part by the misfortunes of his only championship rival.
https://www.youtube.com/watch?v=ZsztyJr3xyk
A shocking drama at the start of the second Villicum WorldSSP race saw Manuel Gonzalez (Yamaha ParkinGo Team) outbrake himself on a tight inside line into Turn One, crash, and clear out championship challenger Steven Odendaal (BARDAHL Evan Bros. WorldSSP Yamaha).
Aegerter was one of many held up by the crash right in front of him, but he set about moving forward straight away, with one hand now clearly on the championship trophy after his only potential rival’s drop out of the points. Odendaal was able to get going again, as did the errant Gonzalez. 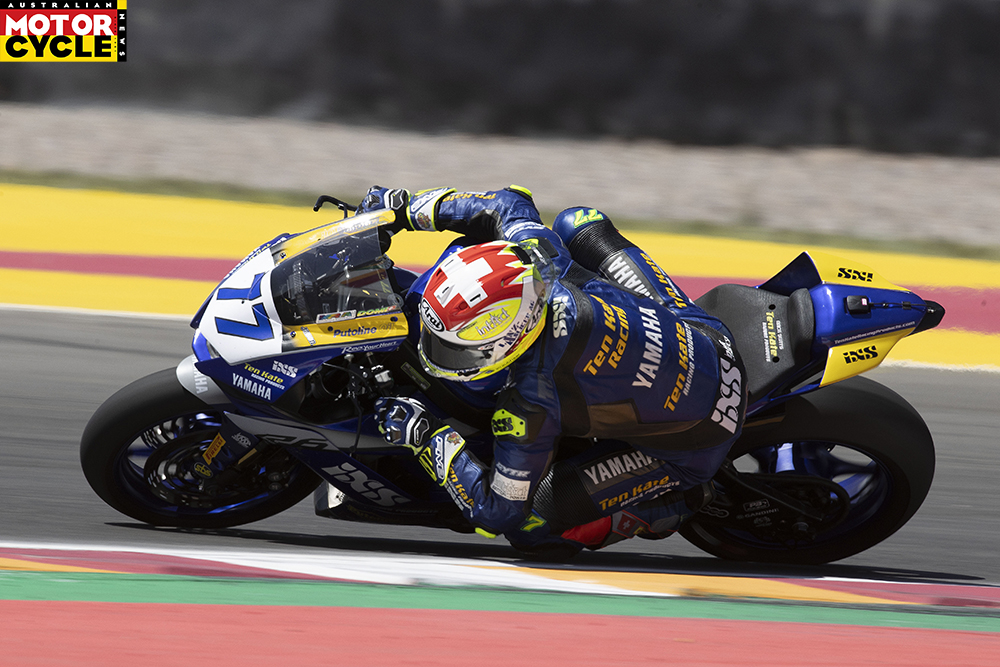 Aegerter was up to fourth with three laps gone and would finish third, with more than enough points to get the title.
Up front Jules Cluzel (GMT94 Yamaha) had Can Öncü (Kawasaki Puccetti Racing) right on his tail for the first half of the race before Cluzel slowly eased away to his second win of the weekend from the young Turkish rider. Second was Can’s best result so far. 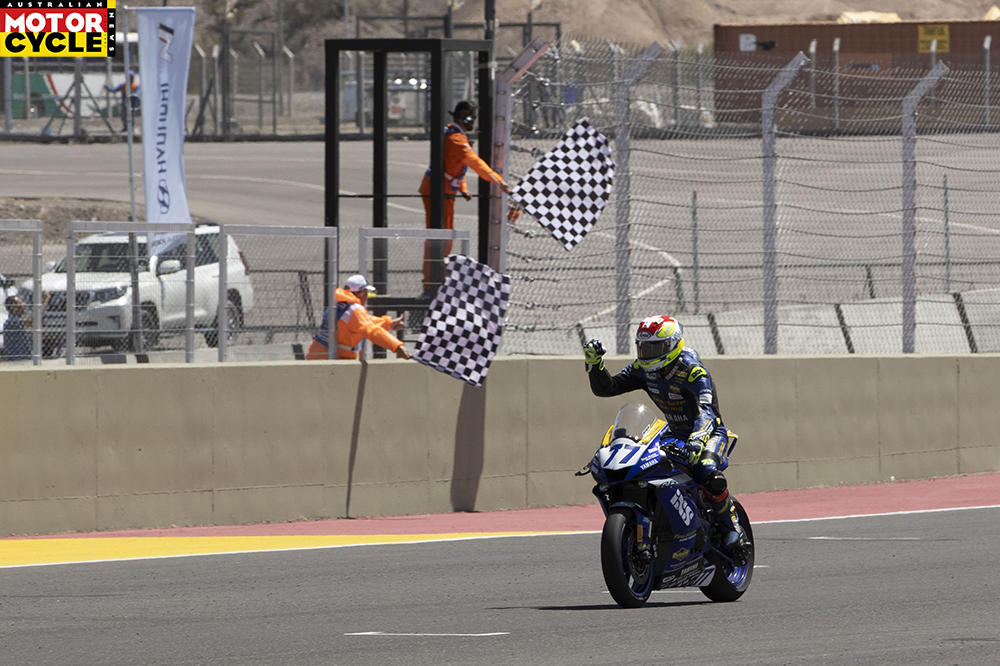 As Aegerter got into third place on track he clearly wanted to finish the title fight on the podium by his own hand, leading Niki Tuuli (MV Agusta Corse Clienti) and the breaking his challenge. Tuuli would crash at Turn 10 on the final lap, no scoring.
Odendaal got back into the points after a few laps but with six to go he fell between T15 and T16, entered the pits and then retired – the championship already decided in Aegerter’s favour. 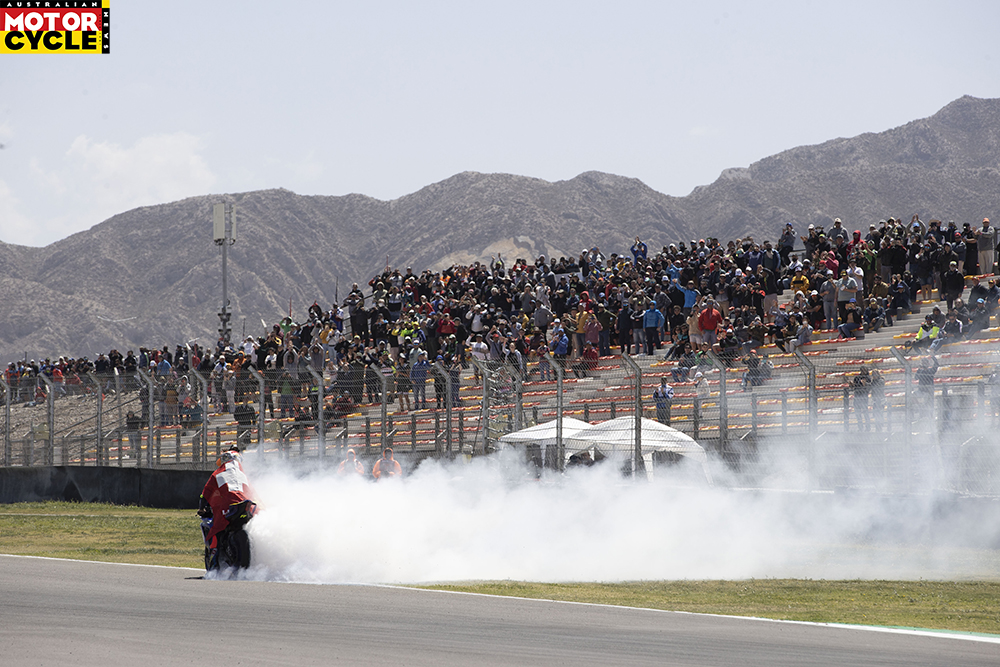 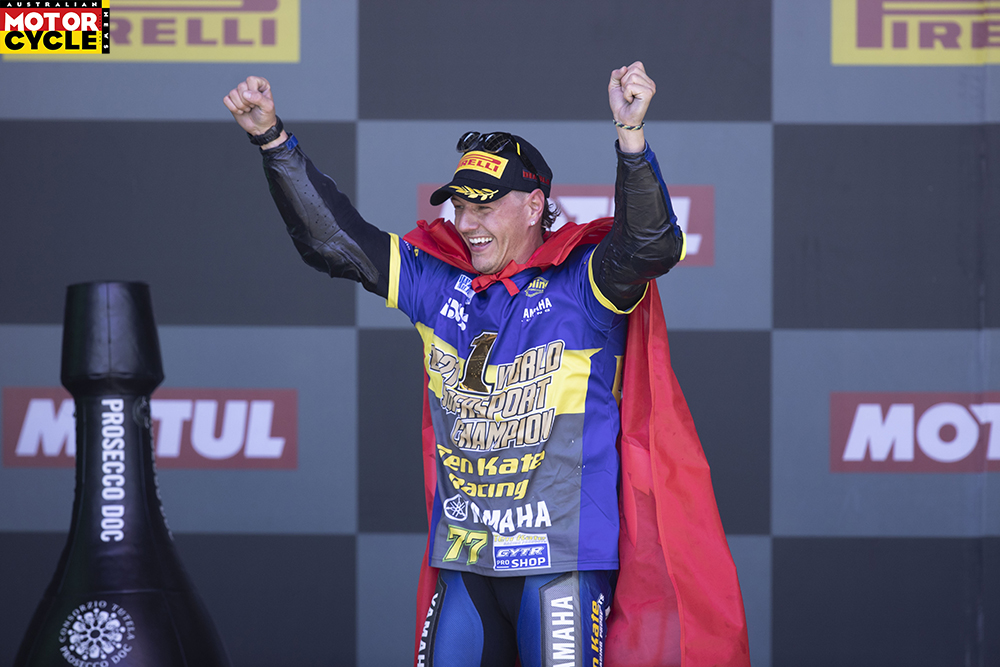