BMW’s next-generation electric scooter – the CE 04 – was teased by the firm last November with the Definition CE 04 concept. Now a final production version has been revealed in a published design patent that shows how closely the showroom model follows the style of the concept bike.

The Definition CE 04 was the second concept bike to explore the same styling theme, following on from the ‘Concept Link’ that was shown back in 2017. Impressively, the style has changed little from the first iteration to the production-ready model, which promises to be a huge step forward from BMW’s existing C Evolution electric scooter in terms of appearance and specifications. Notably, the C Evolution has now disappeared from BMW’s range in readiness for its replacement’s launch. 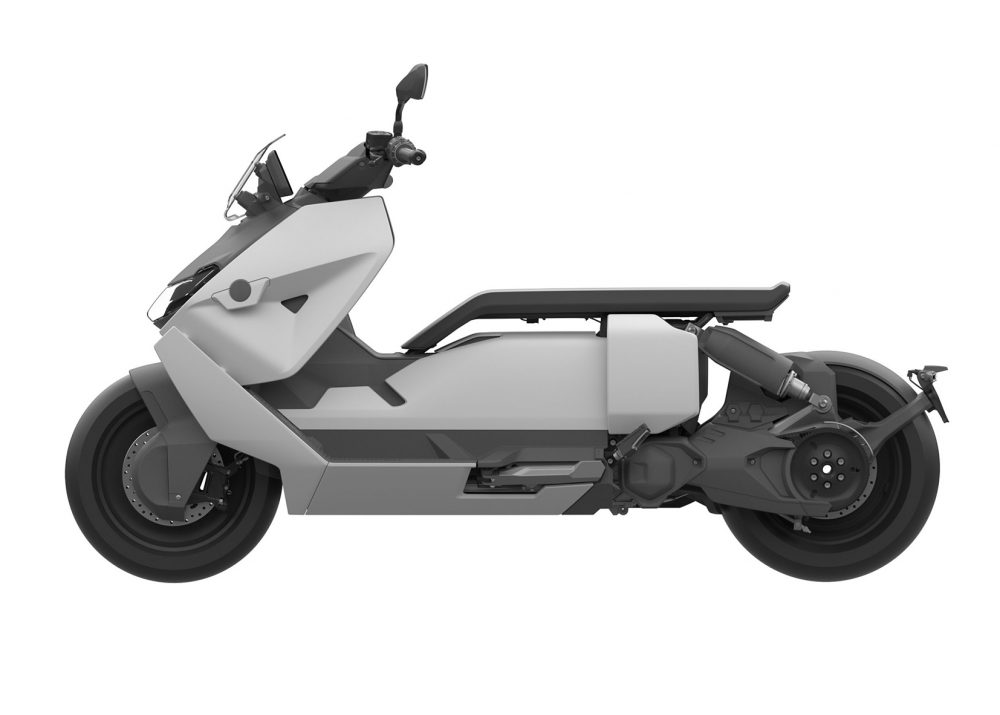 Where the C Evolution seemed designed to appeal to existing big scooter customers, with safe styling and little to mark it out as an electric bike, the CE 04 takes the opposite route, celebrating its unconventional powertrain with equally mould-breaking visuals. In production form, key elements like the flat, ‘floating’ seat and aerodynamic, winglet-style side panels are kept from the earlier concept models.

The designs confirm suspicions that the Definition CE 04 was virtually production-ready, as the only changes of note between last yea’s concept and this year’s production offering are the addition of mirrors, turn signals front and rear, a longer rear fender and a licence plate bracket. Other than that, we can expect the graphics to be toned down, although the design drawings here are free of any stickers or logos at all. 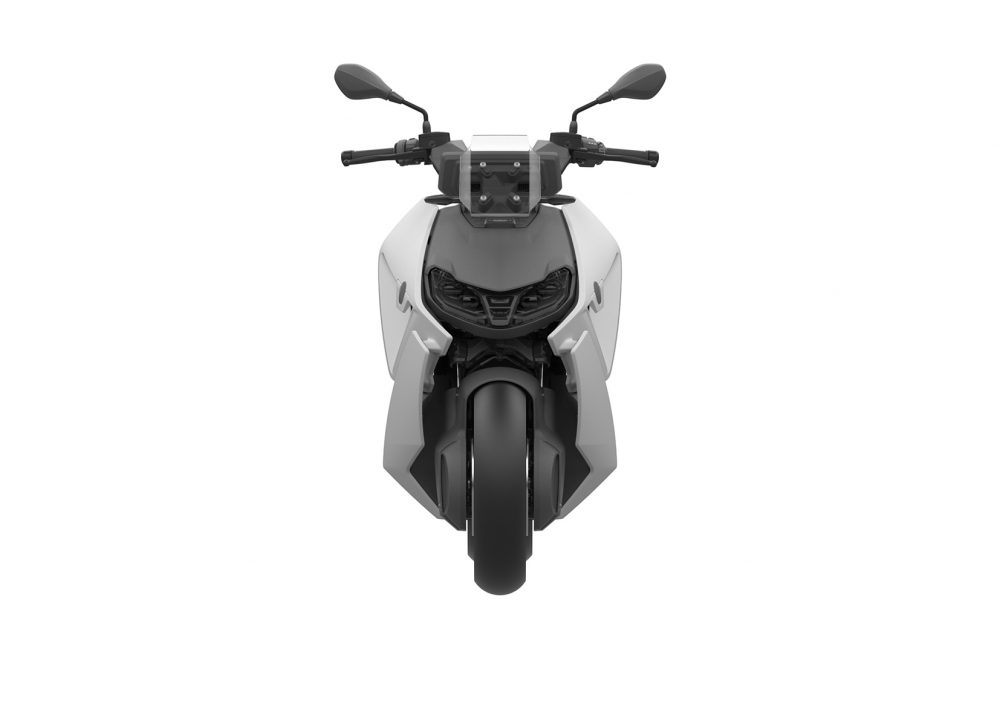 Technically, the designs – which helpfully include an image of the bike’s underside – show that there’s a long, finned battery pack running the length of the floorboards, with a motor mounted directly behind them. It powers the rear wheel via a reduction gear and a belt final drive, which is exposed rather than the enclosed drive system of the C Evolution.

The single-sided swingarm is suspended via a monoshock that’s made a styling feature rather than hidden away, and up front there are conventional forks, although they’re hidden by bodywork and an enveloping front mudguard that also shrouds the dual brake discs. Those discs, gripped by radial-mount calipers, hint at strong performance from the bike. 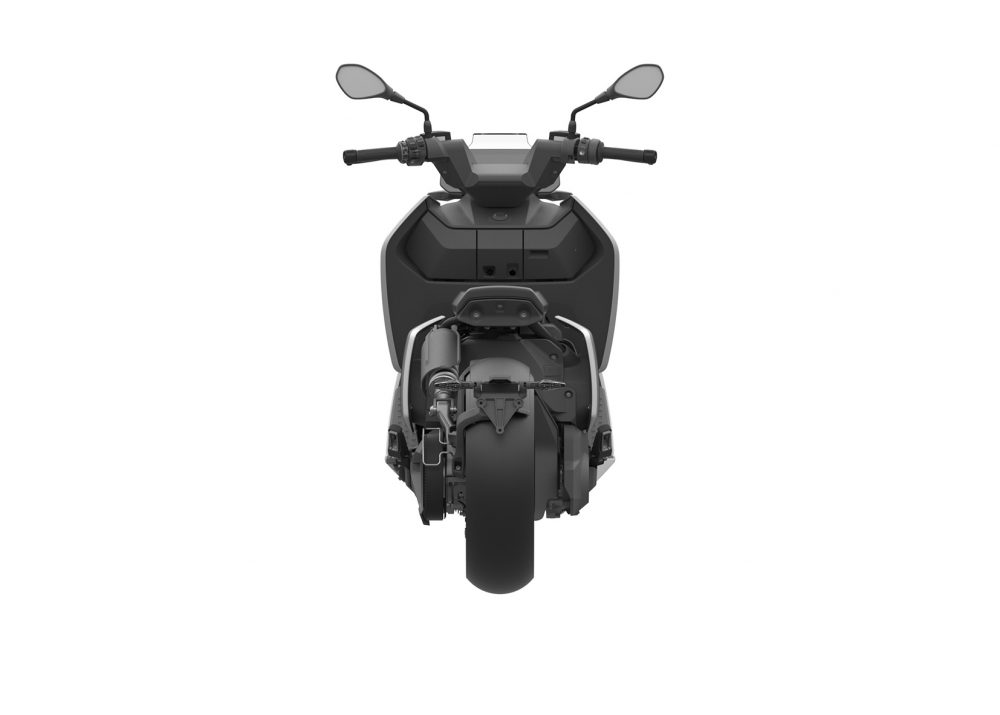 High-tech kit is sure to abound, with a large TFT dash that will no doubt incorporate phone connectivity and navigation. There’s no conventional ignition keyhole, so it’s sure to have an electronic proximity key, and there are lidded cubby holes and charge sockets inside the front fairing.

Last year BMW grabbed the trademark rights to a host of titles for electric bikes, so we know the CE 04 is the first of several battery-powered machines that are coming from the firm. It will be joined by a CE 02 model, probably a smaller, cheaper, lower-performance scooter, and a range of electric motorcycles going under ‘DC’ branding. BMW has trademarked nine ‘DC’ names, from ‘DC 01’ to ‘DC 09’, suggesting that the bikes will take their styling cues from the radical Vision DC Roadster concept shown in 2019. 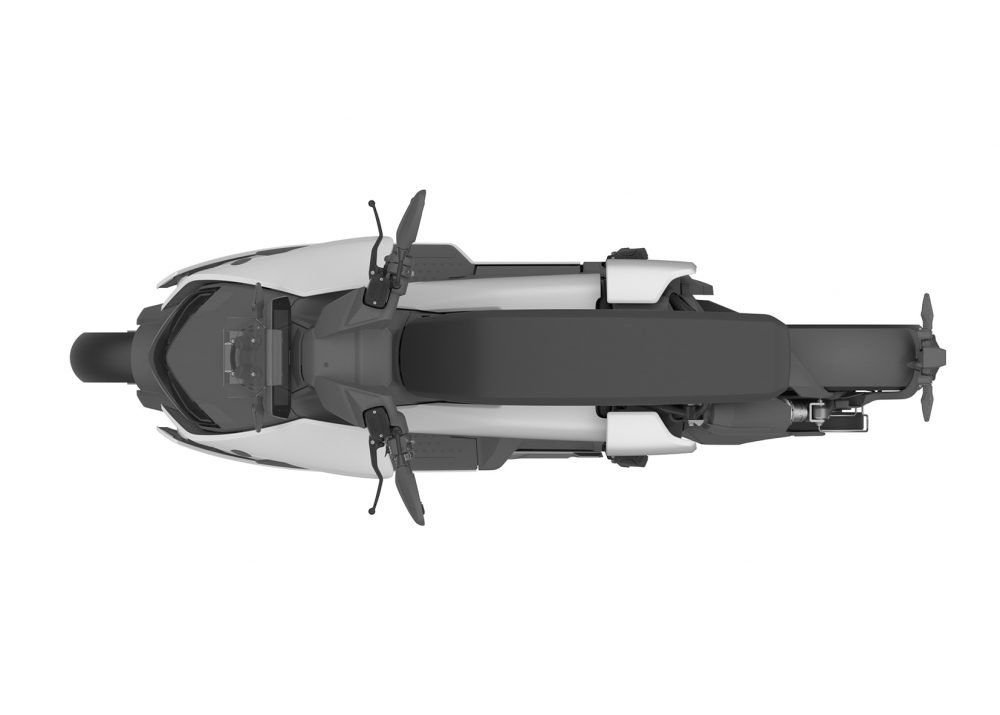 If the transition from the 2017 Concept Link to the 2021/2022 CE 04 is anything to go by, we can expect to see a Vision DC-inspired electric production bike by 2023 or 2024, with an intermediate, near-production concept previewing it either later this year or in 2022. 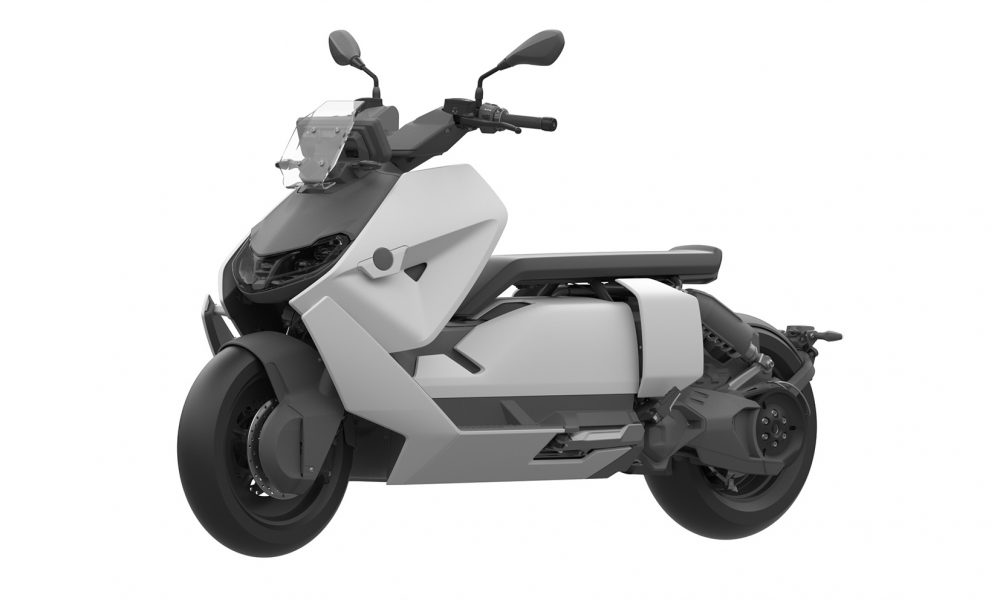