The name might be familiar but Triumph’s 2022 Tiger 1200 shares nothing with the existing 1215cc model – instead, using a Speed Triple 1200 derived engine and a lighter more compact chassis.

So far, Triumph hasn’t released any technical information about the bike, but the name alone confirms that its capacity remains in the region of 1200cc. The photos show an engine that shares its cylinders, cylinder head and other castings with the Speed Triple 1200 RS’s all-new 1160cc three-cylinder, albeit converted to shaft drive instead of the Speed Triple’s chain.

In the Speed Triple RS, the new engine makes 132.4kW at 10.750rpm and 125Nm at 9000rpm. Although we can be sure the Tiger 1200’s version will be significantly detuned compared to the Speed Triple RS, it’s still well placed to easily beat the 104kW that the current Tiger 1200 makes from its bigger, heavier engine. 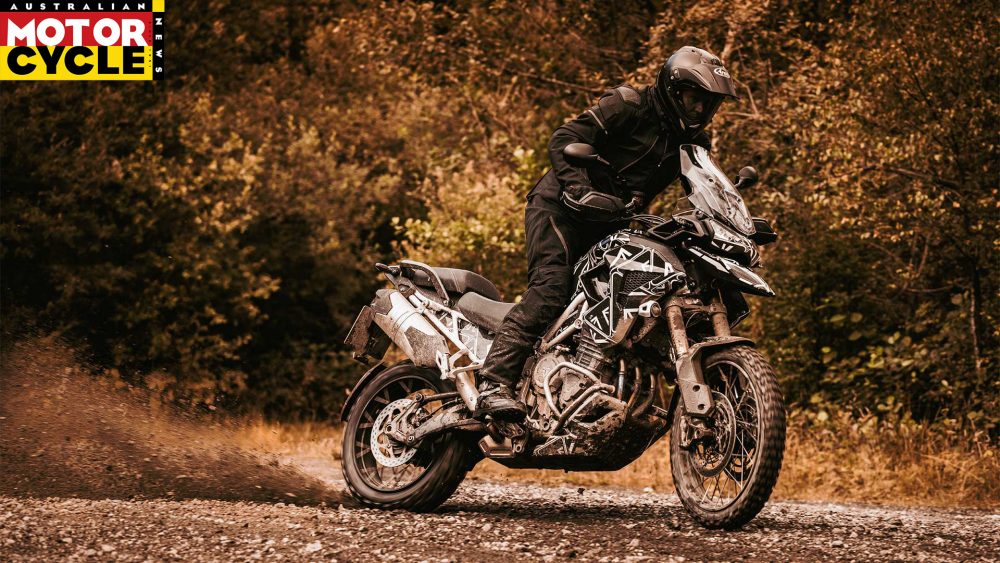 Weight saving appears to be the order of the day from the chassis, too. The tubular steel frame uses the engine as a stressed member, and the whole bike is much more compact than the current Tiger 1200. Side-mounted radiators mean the wheelbase can be reduced and the engine positioned further forward for better weight distribution, and a new dual-sided swingarm with a completely redesigned shaft drive setup replaces the current model’s single-sided design.

Brembo Stylema calipers and 320mm discs at the front hint at the bike’s potential performance, and the forks appear to be 45mm, long-travel Showa upside-downers. They’re allied to a rear monoshock with an unusually large remote reservoir bolted to the seat subframe, and you can be sure there will be the option of electronic suspension adjustment. 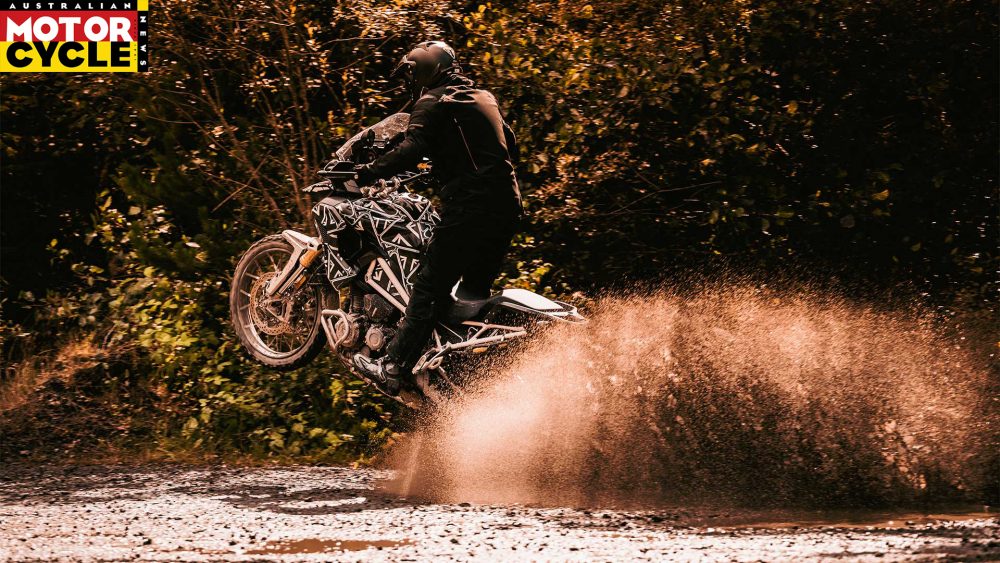 Although Triumph’s teaser shots show a very off-road version of the bike, with tubeless wire wheels and knobbly tyres, the eventual range is likely to mirror that of the smaller Tiger 900. That means this is the ‘Rally’ version, with real off-road ability, and an alloy-wheeled ‘GT’ model aimed squarely at road use is likely to be launched alongside it.

Although Triumph has yet to reveal any details, the fact the firm has published pictures of the prototype mean the official launch can’t be far away, and the production model is sure to be ready for showrooms as part of the 2022 model range. 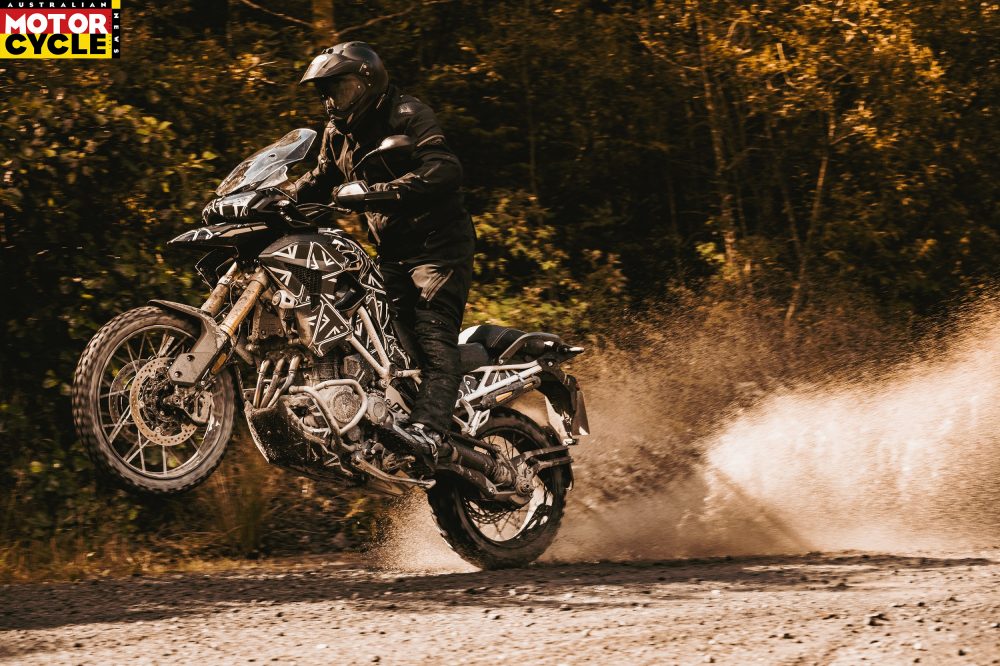