A century of history, spectacular motorcycles, victories, adventures, and iconic characters who have built the legend of the Eagle Brand.

Moto Guzzi celebrates 2021 with a year full of activities that will culminate in the GMG – Giornate Mondiali Moto Guzzi, scheduled to be held in Mandello del Lario from 9 through 12 September. A must-attend and eagerly anticipated event for any Moto Guzzi and in fact motorcycle enthusiast.

For such a special occasion, Moto Guzzi will produce a limited series of their models in a dedicated Centennial Livery, which will be available on V7, V9 and V85 TT only throughout 2021. 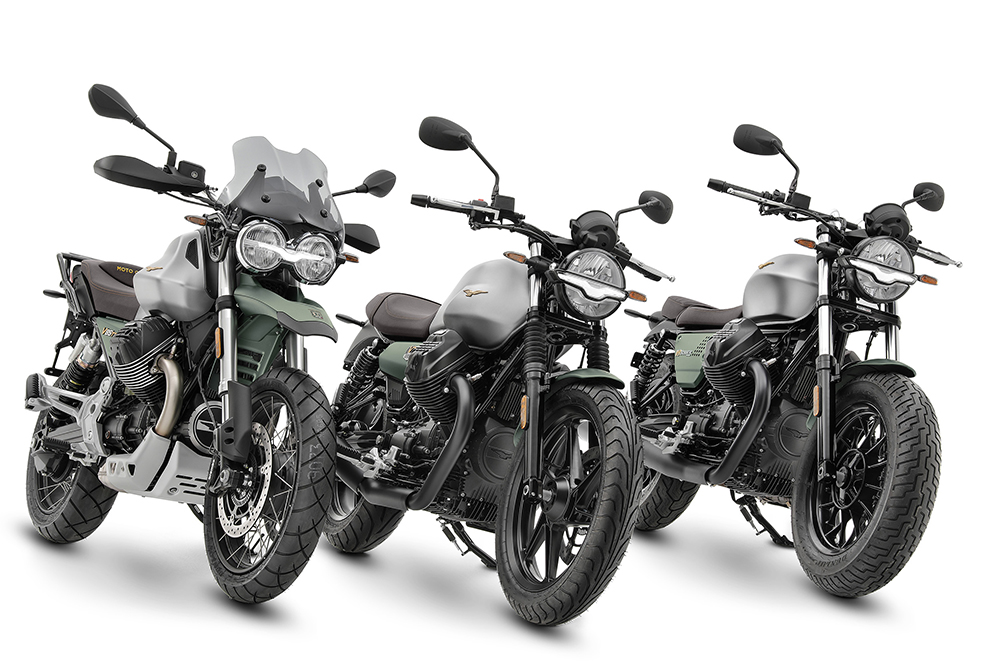 The livery highlights, an exclusive, stylish and attractive colour scheme, is evocative of a unique motorcycle heritage. Drawing its origins from the aesthetics of legendary bikes, first and foremost, the 8-cylinder of 1955. A visionary idea, an extraordinary bike created to compete in the World Championship 500 class, a project so bold that it was ten years ahead of all global motorcycle production. 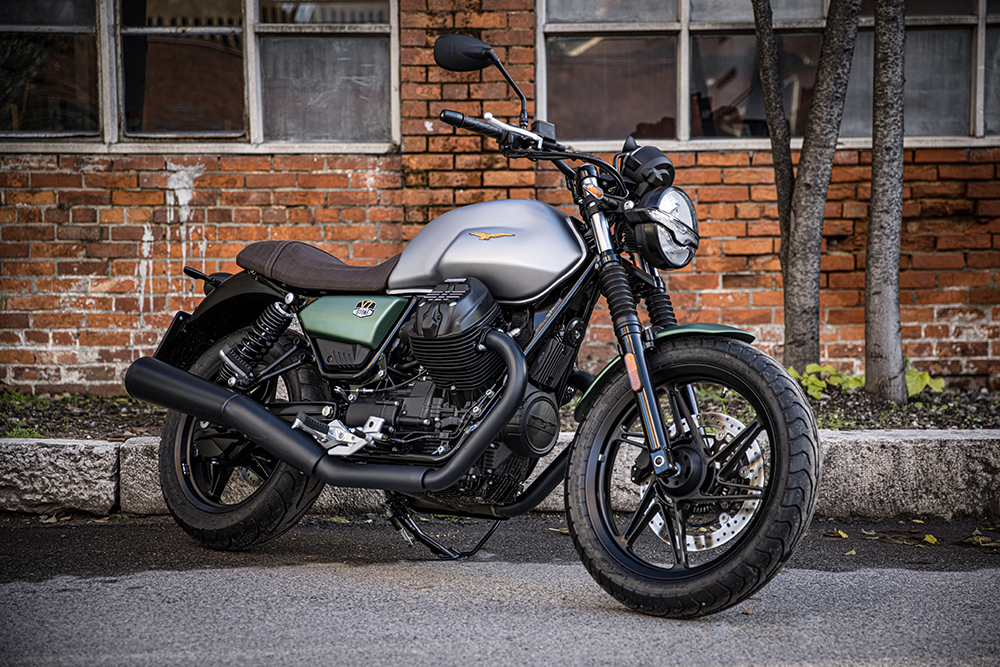 Combining the satin-finished metal of the fuel tank with the green of the fairing and the leather on the seat. The design is also reminiscent of the 350 Bialbero, one of the most victorious bikes in history, the unbeatable dominator of the 350 class in World Championship GP Motorcycle Racing, with the amazing record of 9 consecutive world titles (5 Rider and 4 Manufacturer) from 1953 to 1957. 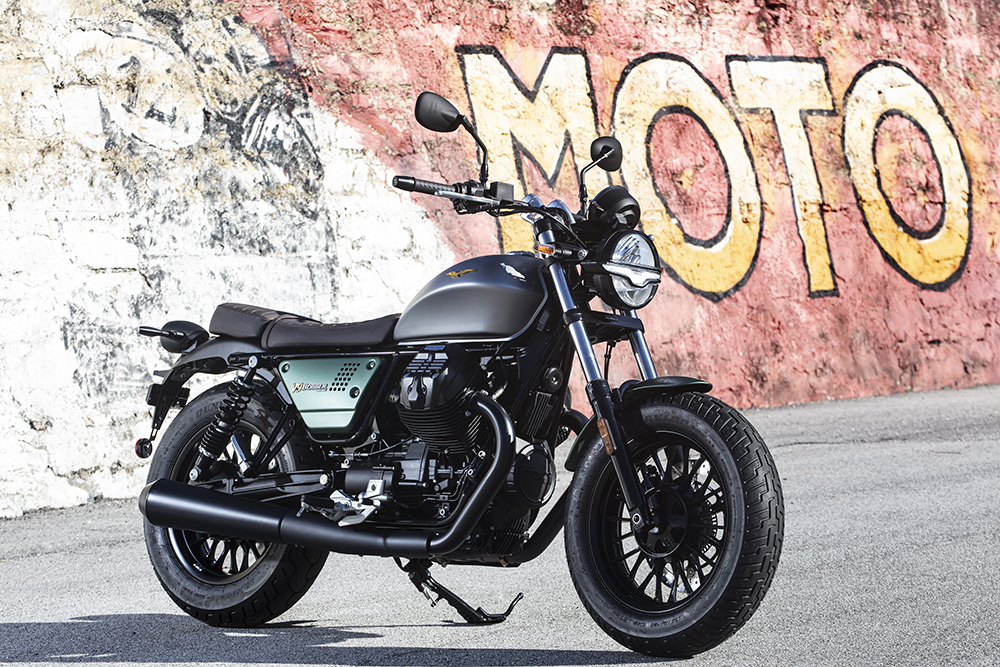 Green was also the first colour adorned by a Moto Guzzi with the Normale, the first model, and probably the most iconic of the Eagle’s colours. The Style Centre reinterpreted it in a modern approach with a matt finish and associated with metallic colours the express the solidity and

authenticity of the Larian brand. The body colours are matched with a saddle covered with a natural coloured material, like that of leather, to highlight the typically Italian attention to detail. 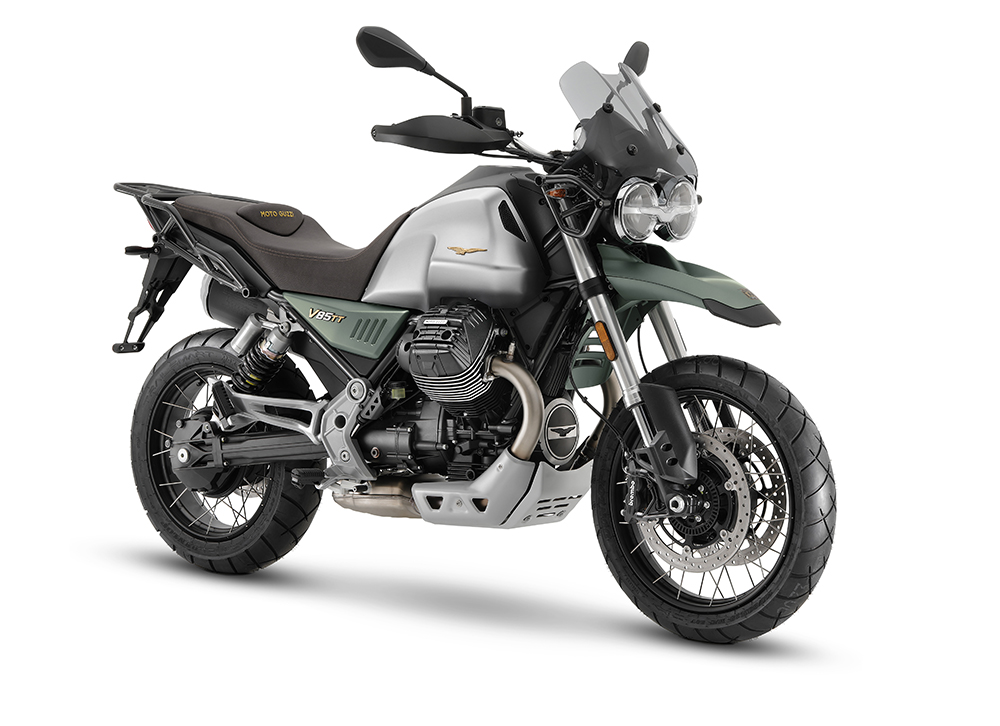 Other distinguishing details are the eagle in a gold finish and the dedicated logo that graphically celebrates Moto Guzzi’s 100 years. 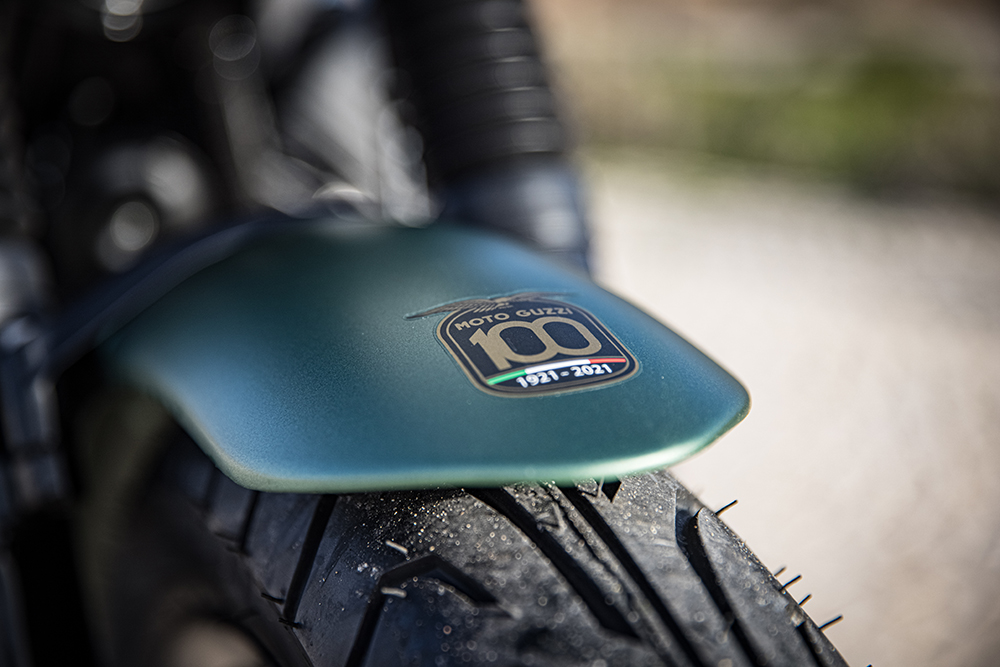 More specifically, it was 15 March 1921 when the “Società Anonima Moto Guzzi” was established with the goal of “Manufacturing and sales of motorcycles and any other activity pertinent or connected to the metal mechanical industry”. And it was precisely in that moment, in memory of one of the founders’ brothers in arms, that the eagle with spread wings was chosen as the new company’s symbol. Since then, the eagle, which quickly gained notoriety all over the world, has been Moto Guzzi’s symbol. 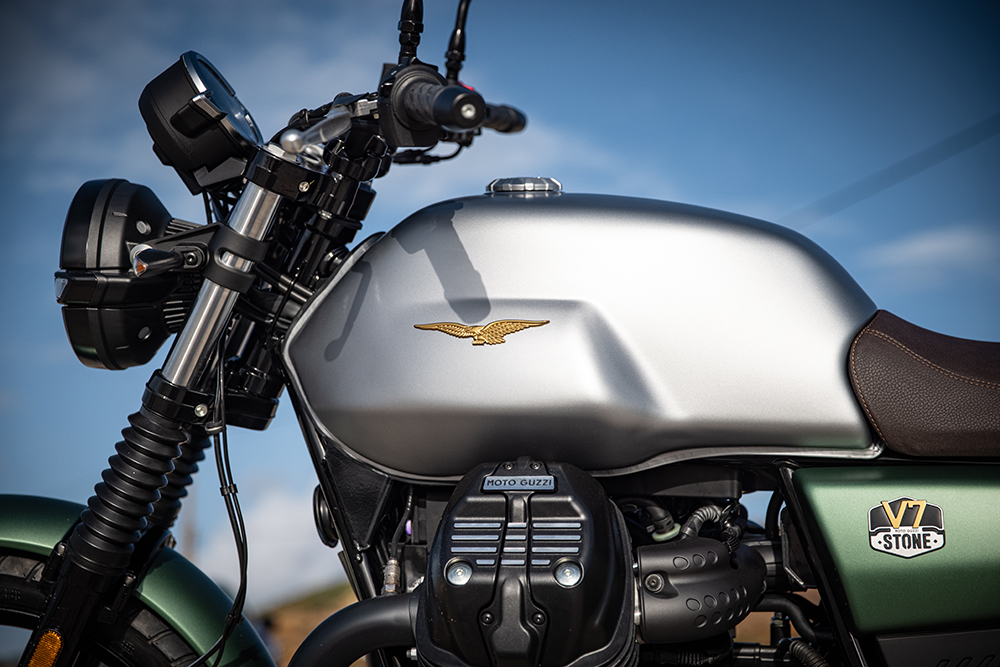 And so, the operational headquarters were opened in Mandello del Lario – in the same plant where Moto Guzzi are still produced to this day – an industrial enterprise that had marked the history of global motorcycling through bikes that have become a part of the collective imagination such as the GT 500 Norge (1928) ridden to the Arctic Circle by Giuseppe Guzzi, brother of founder Carlo, the Airone 250 (1939), the Galletto (1950) which contributed to mass motorisation in the postwar period. In those years, the wind tunnel was opened – the first in the world in the motorcycling segment, which can still be visited in the Mandello plant – greatly desired by a close-knit team that included extraordinary engineers the likes of Umberto Todero, Enrico Cantoni and a designer who would soon become a legend: Milan native Giulio Cesare Carcano, father of the incredible 285 km/hour Otto Cilindri (in 1955) and the prototypes which, between 1935 and 1957, won no fewer than 15 world speed titles and 11 Tourist Trophies. 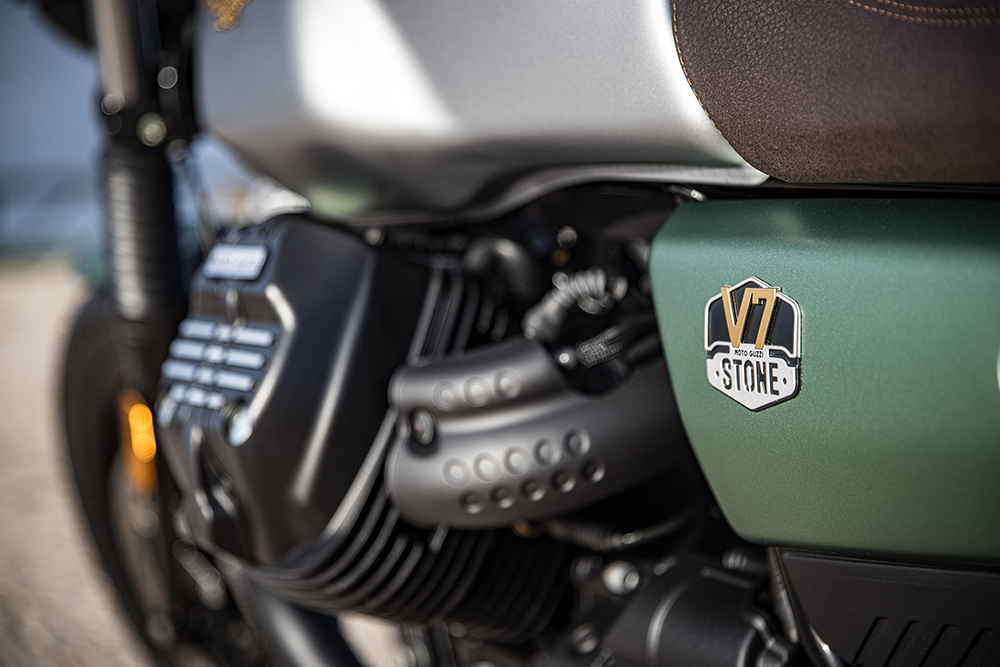 In the ’60s, after the Stornello and Dingo light motorcycles, Moto Guzzi breathed life into the 700cc 90° V-twin with cardan shaft final drive, destined to become the very symbol of the Manufacturer from Mandello through legendary models like the V7 Special, V7 Sport, California and Le Mans. This engine has been consistently evolved on this architecture, all the way to driving, supported by the most advanced electronic control features, the most popular modern Moto Guzzis such as the V7 and V9 range in the Roamer and Bobber versions and the V85 TT traveller, the first ever classic enduro in the world.