This is the new base-model Harley Sportster. Tucked at the end of the official unveiling video for Harley-Davidson’s new Sportster S came an early glimpse of a much more conventional-looking bobber sharing the same DOHC water-cooled engine.

Just three close-up images of the bike were shown. One revealed a circular headlight with a small nose cowl around it. The second showed a bobbed rear fender with twin shock suspension on display. The third focussed on the Revolution Max engine, but fitted with an unfamiliar two-into-one exhaust system unlike that on the Pan America or the Sportster S. 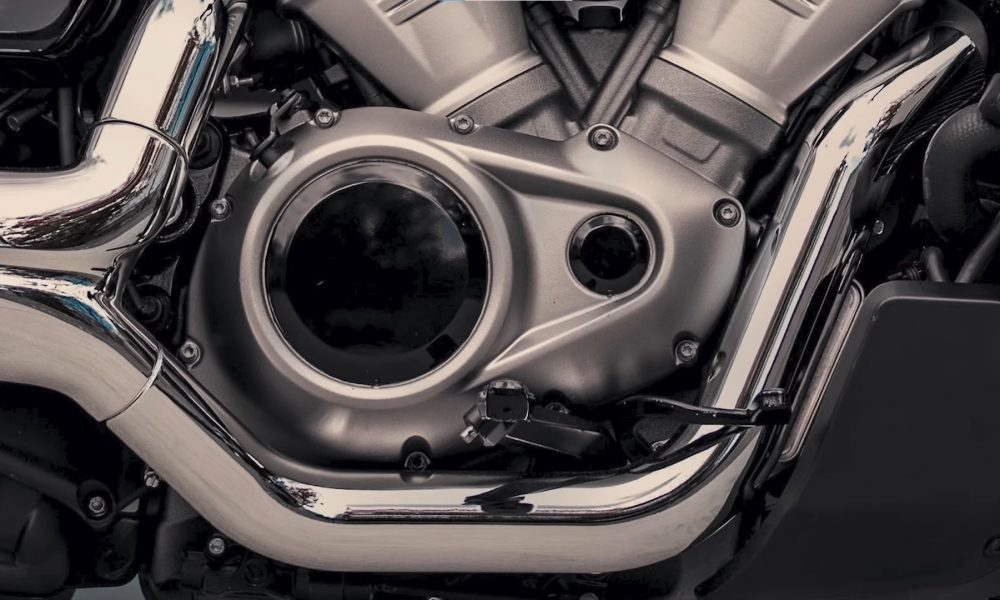 While these teasers were meant only to give a clue as to the direction Harley is going, at the same time images were leaked onto the internet showing the whole next-generation, non-S Sportster model. Grabbed from a customer survey document asking potential buyers for their opinions, the pictures show the bike with a variety of different finishes for the engine, wheels and exhaust, mixing and matching chrome, silver, bronze and black for the various components.

If Harley’s teaser close-ups are anything to go by, the decision has been made to go with a silver engine, chrome exhaust and silver wheels. 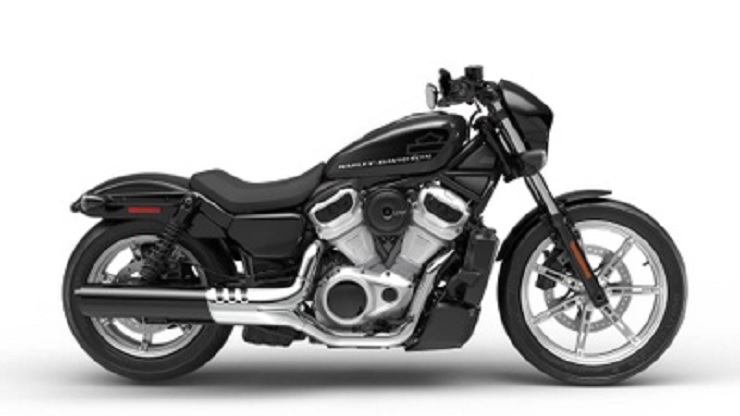 Compared to the recently-revealed Sportster S, the new bike – which will presumably simply go under the Sportster name – is much more conventional-looking. The S’s monoshock rear suspension, upside-down forks, ultra-wide front tyre, high-mounted exhaust and stubby tail unit are gone. In their place come right-way up forks, twin shocks, a low-slung exhaust and a traditional rear fender, along with a lower, comfier-looking seat, low, wide bars and mid-mounted pegs instead of the S’s forward controls.

The wheels, while still alloys rather than wires, are also more conventionally-sized, with a large front rim – around 19in – fitted with a narrow tyre and a small 16 in rear, again with a relatively modest tyre size. Allied to the single brake disc, similar to the Sportster S but with a conventional caliper instead of a radial-mount design, the implication appears to be that the base Sportster will have less performance than the S. 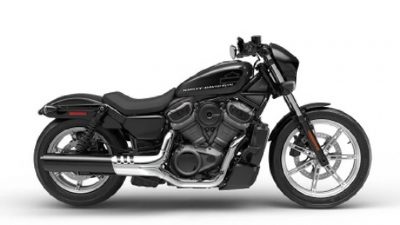 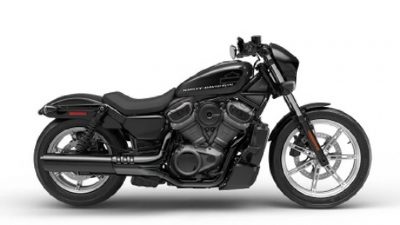 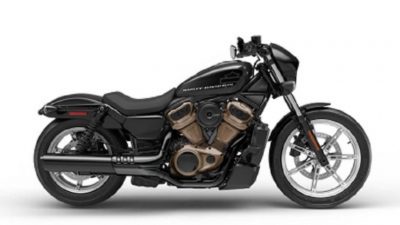 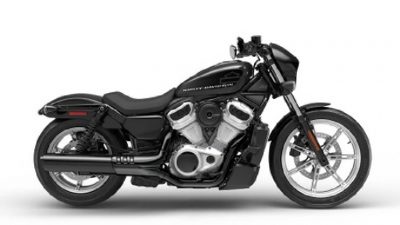 Given that the S’s engine is the same 1252cc Revolution Max twin that debuted on the Pan America, but detuned from 112kW to 90kW, there’s a good chance that the base Sportster will use the planned, smaller-capacity version of the DOHC, VVT, water-cooled V-twin. A 975cc version of the engine, making 85kW, was originally intended to debut this year on the Bronx streetfighter that was shown in late 2019. The Bronx project was cancelled, but Harley’s longer-term plan was always to use both the 975cc and 1252cc engines across a wide array of bikes. With both the 883 and 1200cc versions of the old, air-cooled Sportster expected to be discontinued soon – the bikes have already been withdrawn from the European market – the 975cc and 1252cc Revolution Max engines are obvious successors to the pair, albeit with vastly higher performance on tap.

While we don’t know how soon it will be before the reveal of the base-model Harley Sportster in non-S form, the bike is clearly approaching readiness. Our guess is that it will be on sale some time next year, perhaps as an early 2023 model. 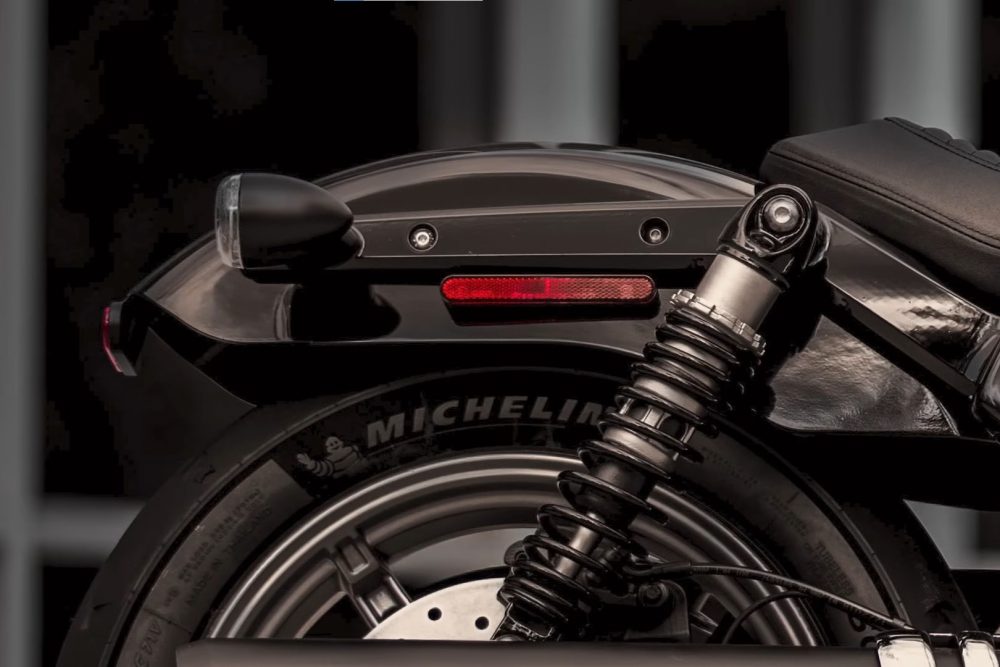