Toprak Razgatlioglu (Pata Yamaha WorldSBK Team) won the 21-lap Saturday race at Estoril but Jonathan Rea (KRT) made up for his Superpole woes by being crowned champion for the sixth year in succession after his only arithmetical rival Scott Redding (Aruba.it Racing – Ducati) went out with a technical issue even before half race distance.

Rea was not content to just score enough points and set about going from 15th to second in only nine laps.

Razgatlioglu was already 3.474 seconds ahead after ten laps and won by just over three seconds, taking his second victory of the season.

After 12 laps Rea lost his second place to Chaz Davies (Aruba.it Racing – Ducati), with a slip-up under braking also allowing Garrett Gerloff (GRT Yamaha) to move into third. Rea re-passed Gerloff for third, by which time Davies had gapped the pair to finish a confident second.

The Lowes and Haslam fight was joined by a squall of riders for a while with only Michael Ruben Rinaldi (Team GoEleven Ducati) staying with them for seventh. Xavi Fores (Kawasaki Puccetti Racing), Loris Baz (Ten Kate Racing Yamaha), and Tom Sykes (BMW Motorrad WorldSBK Team) completed the top ten. 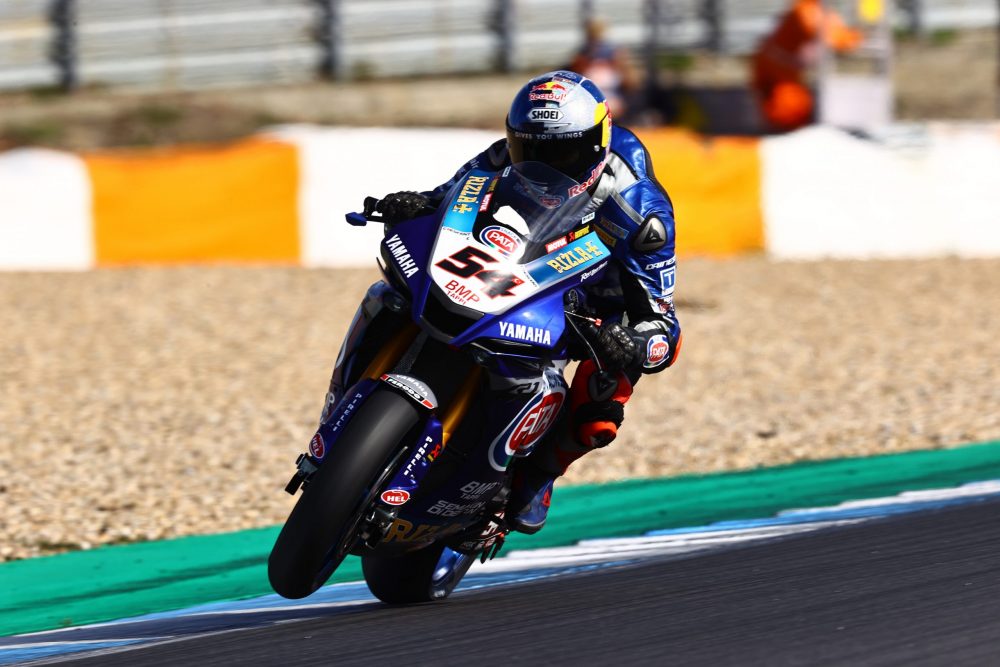 Chaz Davies (Aruba.it Racing – Ducati) looked set for third place in the race but a fantastic battle with Michael van der Mark went the way of the Dutchman as the final of the ten laps unfolded, with Davies having to settle for fourth.

Jonathan Rea (Kawasaki Racing Team), pushed his way from 15th on the grid to finish fifth, with Scott Redding finishing sixth after starting from the back of the grid. 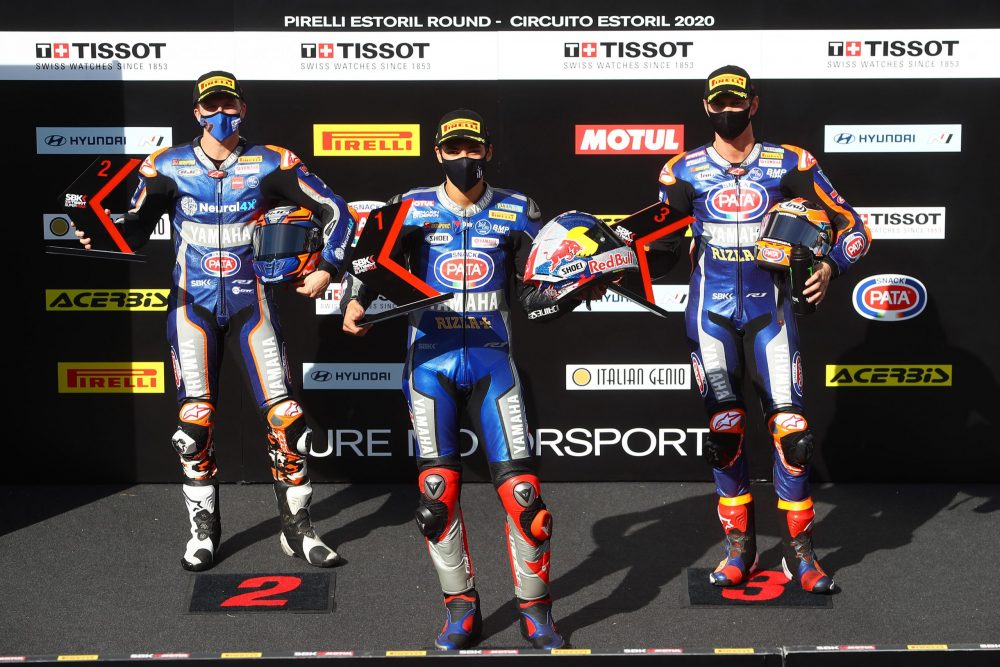 Chaz Davies (Aruba.it Racing – Ducati) signed off his official Ducati factory career with one last race win after he took an early lead and pushed the pace out front for all 21-laps of race two in Estoril.

There was no ton-up 100th race win for Jonathan Rea (Kawasaki Racing Team) as he fell in an attempt to pass Toprak Razgatlioglu (Pata Yamaha WorldSBK Team). The Ulsterman remounted to finish 14th.

Razgatlioglu had to give way to the onrushing Scott Redding (Aruba.it Racing – Ducati), who finally got to within 55 points of the championship winner with his second place.

A 1-2 finish for Ducati saw Davies and Redding celebrating together on the slowing down lap, for the last time.

Michael van der Mark (Pata Yamaha WorldSBK Team) was fourth and Alvaro Bautista (HRC Honda) a positive fifth in the final race, albeit 15 seconds down on the win.

Rea finished the season with 360 points to win his sixth consecutive WorldSBK Championship from Redding on 305, and Davies on 273. Kawasaki claimed the Manufacturers’ Championship by a single point from Ducati. 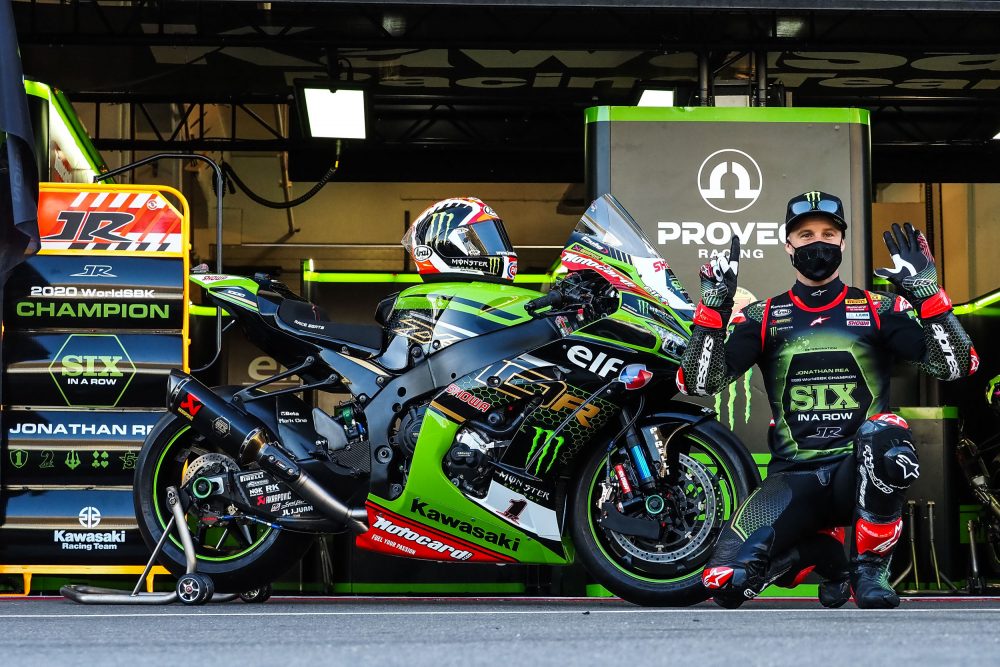