Sometimes it’s not what you’ve got, but it’s how you use it that counts

When you think scooter, you think of convenience. That simple no thought process of a twist-and-go motorcycle that delivers one simple purpose – easy commuting. When choosing a scooter, things you’d seriously consider would be its weight, its carrying capability, something that’s easy to ride and can squeeze into gaps in the traffic where other bikes dare even dream. And when it comes to those boxes, Yamaha’s NMax 155 ticks every single one.

In 2018, Yamaha decided to give the NMax 125 a further 30cc – great idea because everyone loves a little more power. Carrying a 155cc liquid-cooled, four-valve single-cylinder engine, with variable valve actuation (VVA), the NMax provides quicker acceleration off the line, as well as a higher top speed than its 125cc counterpart which is a sizable jump for a scooter this size.

As soon as I took off from Yamaha HQ and accelerated out on the busy road, I was impressed. I expected that typical low-revving scooter that makes you crouch down while you open the throttle but still feels like you are never going to get to the speed you want. When riding a low capacity scooter – and I’ve ridden a handful of them now – you want to ensure take-offs from traffic lights are quick and efficient leaving the mass of traffic behind you as you slingshot into safe and clear air. And the little NMax does exactly that. While 155cc may not sound like a lot – and, well, it isn’t – in this urban transport application, it’s output capability suits its purpose appropriately. 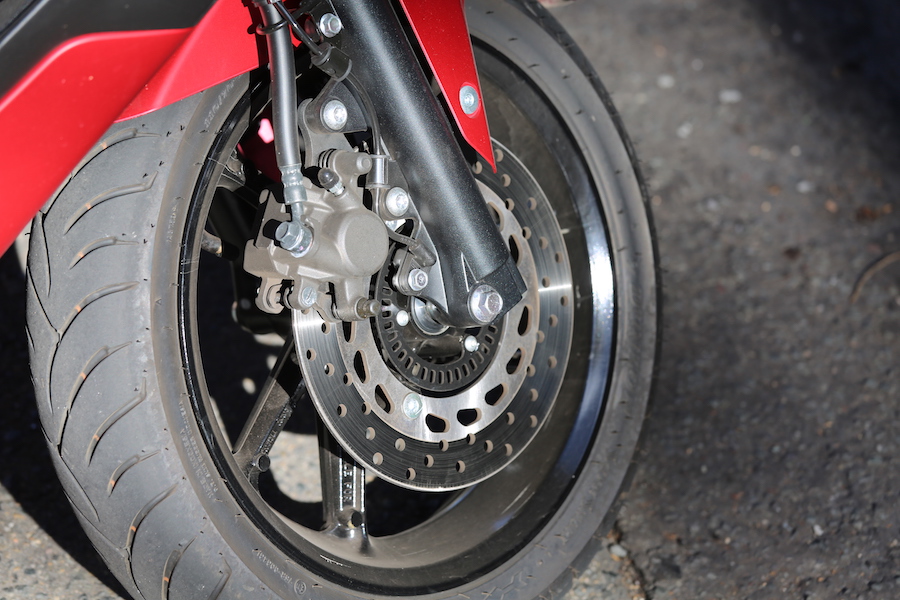 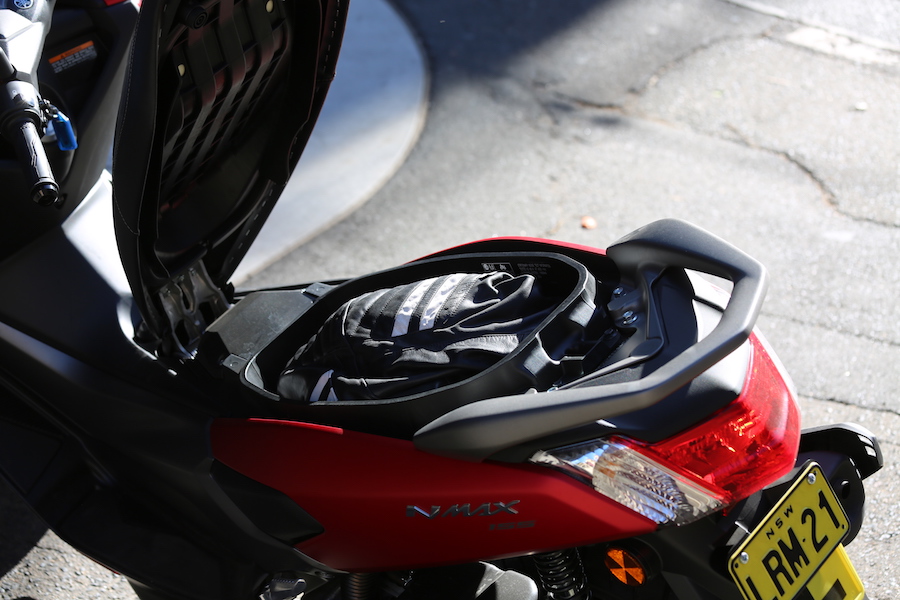 However, if you’re thinking of taking this little gem onto the motorway, you might want to think again. It has a top speed of just over 100km/h, so with a sensible head on your shoulders, you can do it. But you definitely feel far more vulnerable than you ought to on a motorcycle, and if you have the option to take some back- and B-roads instead, I’d opt for those.

Everything about this bike is light and easy – perfect for an entry-level rider. Starting with the 765mm seat height, for someone who is 168cm tall (and has no legs), my feet easily planted on the ground. The footboard isn’t particularly wide, so you won’t feel like you’re going to kick the car in the next lane, either.

As well as increasing the bore size for an extra 30cc, Yamaha has also managed to shred nine kilograms off the total weight for a ready-to-ride weight of just 127kg – that’s light by anyone’s standards. So light, in fact, I can pick the rear end up and move it into a better position when parking. It also improves manoeuvrability and agility; swerving around things with ease, tip into tight turns and weave in between traffic easier than any of the other bikes I’ve ridden so far. 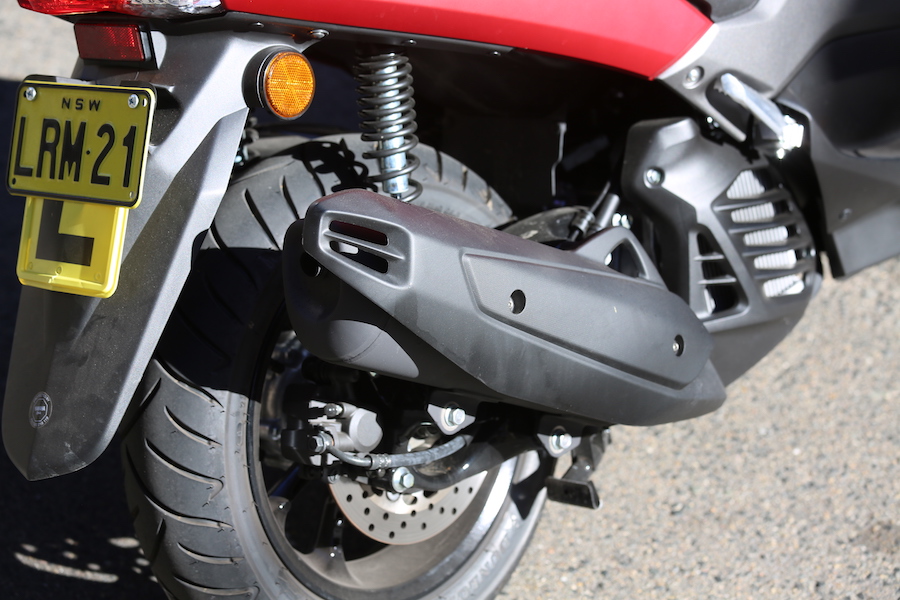 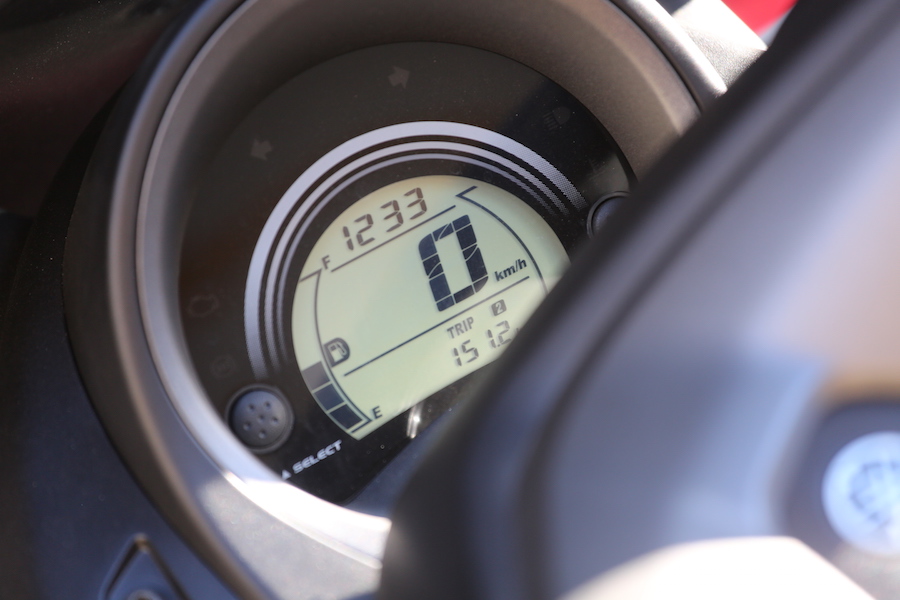 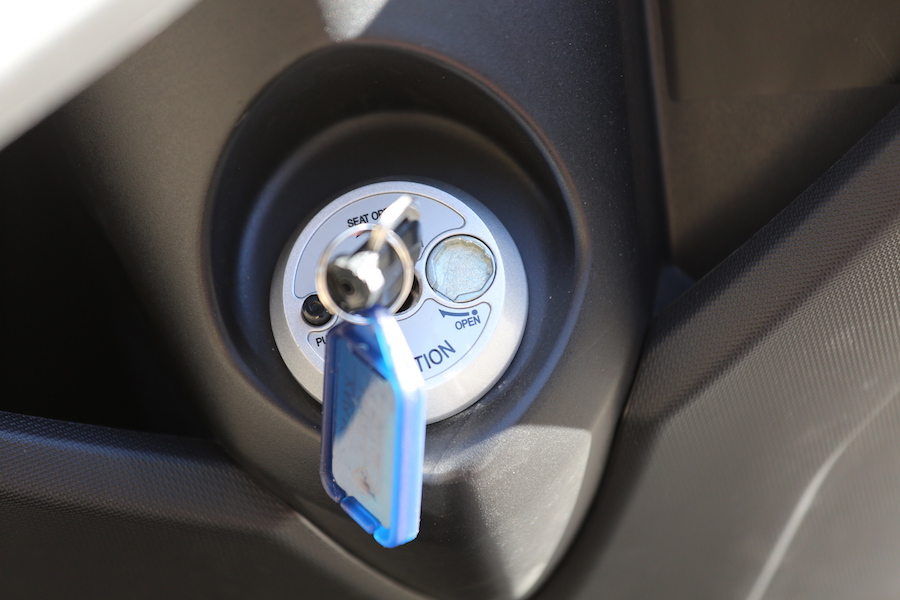